Review: CRIMINAL #2 Is A Brilliant Crime Comic About Crime And Comics

Criminal #2 by Ed Brubaker, Sean Phillips and Jacob Phillips touches on the fictional comics world previously seen in Bad Night and Wrong Place, Wrong Time with the first chapter of a two-part crime story set in the world of ’90s comic books and conventions.

Archie Lewis was the artist’s artist in his heyday, although that’s not what he’s famous for. He’s famous for being a nightmare to work with—and dangerous. So when an old assistant is forced to chaperone his one-time mentor to receive his lifetime achievement award, well… let’s just say things don’t go well. 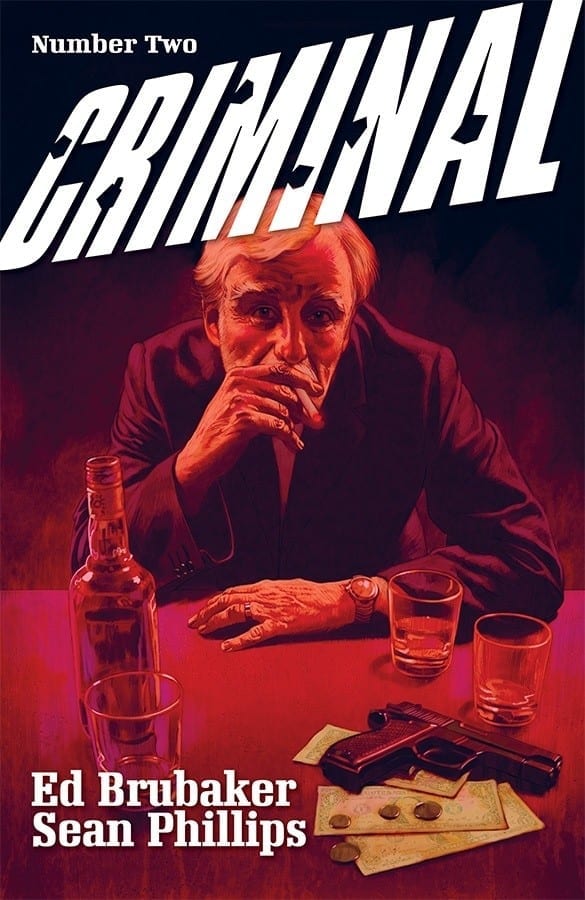 Criminal #2 is another fantastic issue. This chapter does not continue the last one (that will come later, as Brubaker has said this ongoing will jump around a bit from story to story, almost like an anthology). What we get here is a brand new start in a world other Criminal books have touched on. Jacob is a former comic artist who has fallen into the life and world of crime of his father. Coming home from casing a ‘job’, Jacob gets a phone call requesting him as the caretaker of Archie Lewis, his former art mentor and an aging comic book superstar artist (think Jack Kirby) for the duration of a weekend comic book convention. The news throws Jacob for a loop, as his relationship with Archie did not end well. Archie is not a popular person and has burned every professional bridge he had. It’s not going to be a fun job for Jacob. Spoilers will be avoided, but it’s safe to say that Archie has definite ulterior motives for choosing Jacob; this is a Criminal book after all, and crime will eventually make its way into the tale. 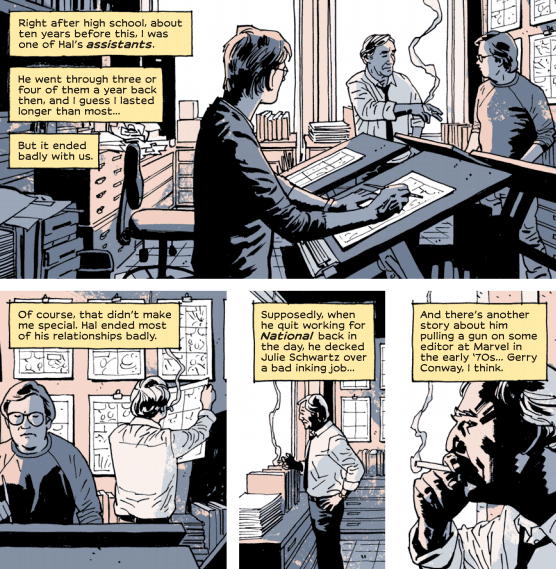 Brubaker once again uses his ability to write perfect narration to get the reader sucked in with just a few panels. Not only does he set up Jacob and Archie for the readers, but he also expertly integrate his fictional comics ‘history’ with that of the real world seamlessly. If you are a comic book history fan you will mark out on the easter eggs and references. And if you’re not, you could easily believe most of these characters were/are real.

The plot itself unfolds at a tight pace, allowing the reader to get to know the characters and situation before reallyletting up on what’s going on. The reveal at the end leaves it open for a great set-up, one that fans of crime comics will love.

Criminal again continues to have the best ‘back matter’ of any ongoing comic. We get a nice reader address by Brubaker, some great fan letters and another amazing essay on film noir by Kim Morgan (this time discussing the James Cagney classic Angels With Filthy Faces). It’s great that Brubaker and his team make an effort to have reading the monthly book be a unique and total experience.

Sean Phillips has always been a brilliant comic book artist. When he works with Brubaker its magic. He is the modern master of crime/noir comic book art, period. His line work and layouts are clean and elegant, yet sufficiently seedy and grimy too. It also echoes the classic art of EC Comics crime books. But something about the coloring of Jacob Phillips has really opened up and loosened the artist up. Jacob Phillps colors skew almost to the surreal, bathing figure in hues and colors that sometimes even fall outside the line. There is also a texture to his palette that makes the pages and images pop and flow and pulls you in; it’s fucking mesmerizing and hypnotic. It’s great. 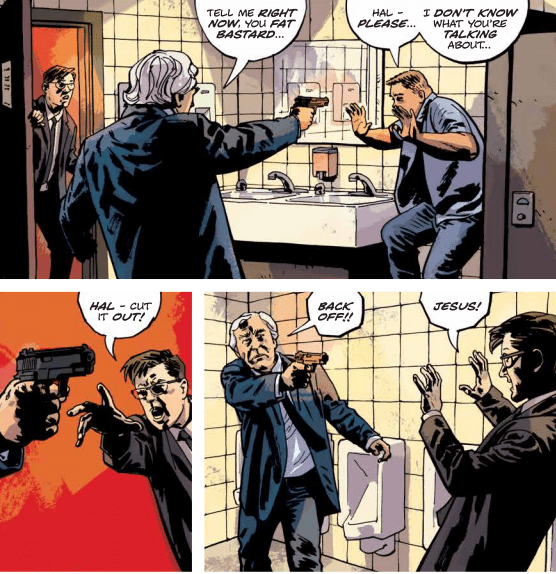 The art team also gets to have some fun in this issue with the convention scenes and depictions of older, classic style comic book art.  Being set in the ’90s also allows for some cool background easter eggs and references. 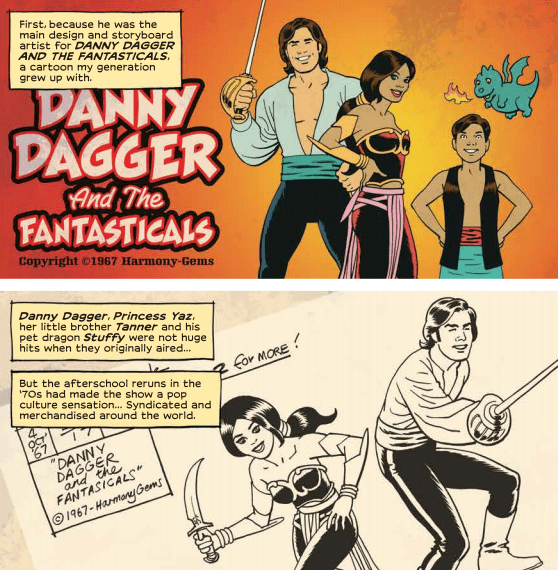 Criminal is one of the best ongoings of the moment and a perfect reason to actually buy and read monthly books. With it’s shorter arcs and bonus material it’s a no brainer actually. Let’s hope this goes on for a while because it’s a great world that deserves to be visited every month.

'Criminal' is one of the best ongoings of the moment and a perfect reason to actually buy and read monthly books. With it's shorter arcs and bonus material it's a no brainer actually. Let's hope this goes on for a while because it's a great world that deserves to be visited every month.Review: CRIMINAL #2 Is A Brilliant Crime Comic About Crime And Comics