Review: Combat Is Heavy In SONIC THE HEDGEHOG #39

Sonic The Hedgehog #39 out this week from IDW Comics makes sure the action is turned up high. The journey into Dr. Eggman’s base results in Tangle and Belle finding the control room as Sonic, Tails, and Amy have to fight against new robots. This issue came to life thanks to Evan Stanley (writer and art), Bracardi Curry (art), Maria Keane (inking), Matt Herms (colorwork), and Shawn Lee (lettering)

https://www.idwpublishing.com/product/sonic-the-hedgehog-39/
Sonic, Amy, and Tails are still stuck in Dr. Eggman’s evil tower and being subjected to his increasingly crazy tests. It doesn’t help that Tangle and Belle have unknowingly begun controlling the tower and are making it impossible for their friends to escape! 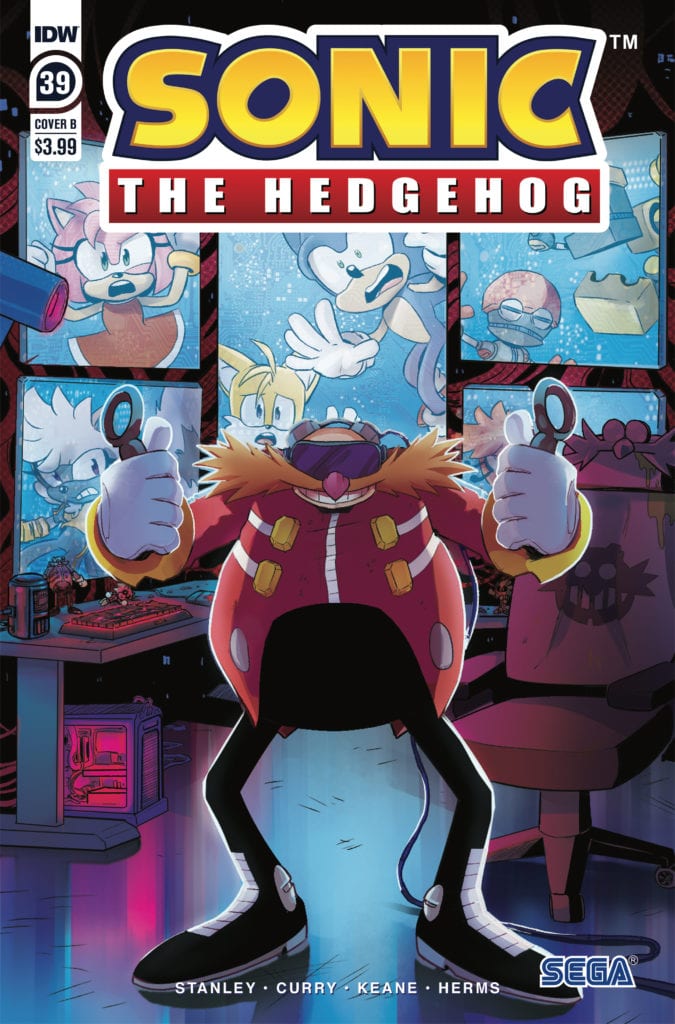 The journey into what turned out to be a testing base for Dr. Eggman has been a slow one. Sonic and his team entered the base, found the place to be mysterious, and have faced very little resistance overall. This issue finally arrives at the point where it cements the idea Sonic and his friends are in danger. This is achieved by having the trio fight against some new creations by Dr. Eggman. It’s a much-needed issue dedicated to battle and action.

The part of the description about what Belle and Tangle are up to is incorrect. They are able to capture Orbot and Cubot and get some information out of them but nothing major. The mystery behind Belle’s identity is still in play and will be revealed in the next issue. Considering a new arc is set to behind in issue 41, you can put good money on it finally happening. 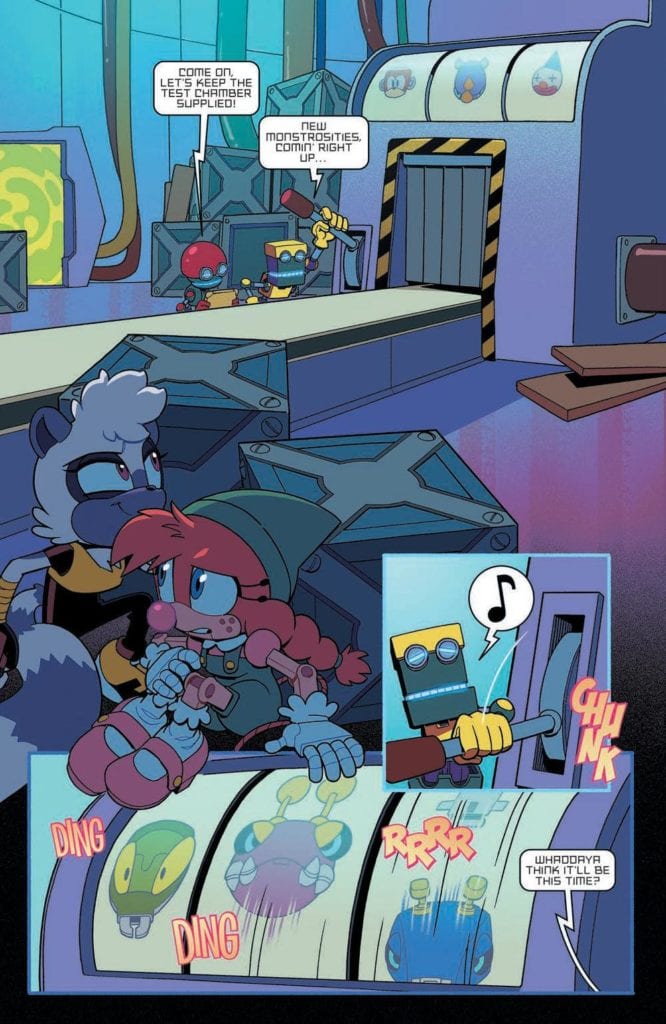 The most noticeable aspect of the letter work by Shawn Lee is the use of sound effects to aid in the action scenes. The letter work adds a distance auditory aspect to the issue. The addition of a large effect to a standard bubble as Tangle grabs Orbot and Cubot adds a distinct look of surprise to the moment.

The artwork by Evan Stanley, Bracardi Curry, and Maria Keane sell the phenomenal action scenes in this issue. The main standout is an experimental machine Dr. Eggman unleashes on Sonic, Amy, and Tails. The combat as the trio take on this dangerous bot is powerful and impactful thanks to the incredibly detailed art.

The colors work by Matt Herms makes the action pop. The weapon effects of Dr. Eggman’s machines and the eerie green color of the portals are especially noticeable. The colors are working hard to add a visually pleasing aspect to each panel. 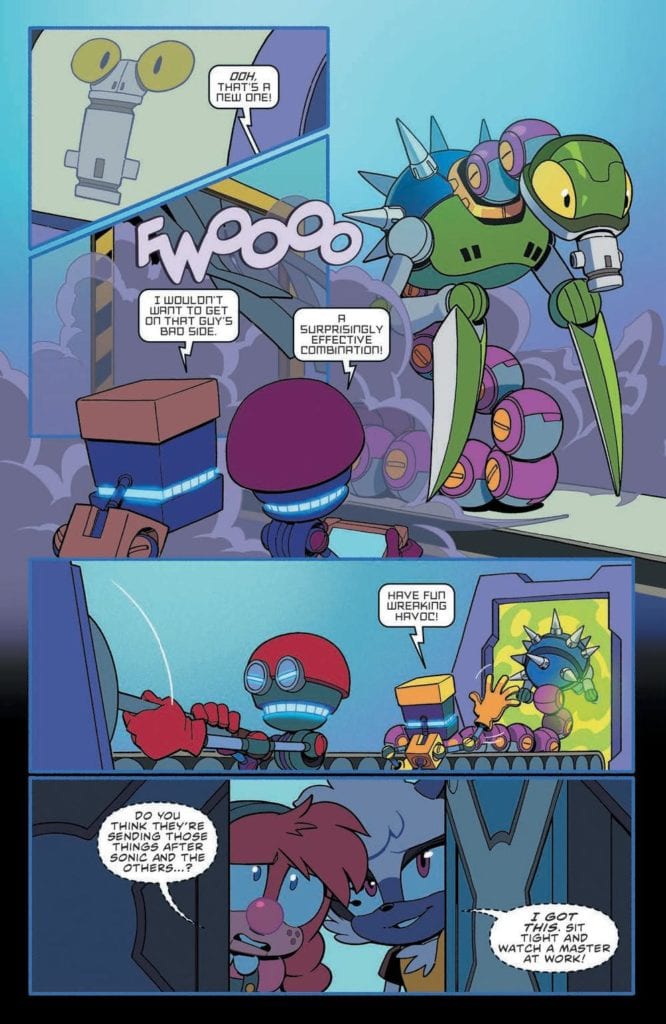 Sonic the Hedgehog #39 doesn’t advance the story very far but it’s an issue filled with some great action. Sometimes you just need a good issue filled with action to help move a story along. The ending to this arc ends with the next issue and hopefully, Belle will get the answers she’s hoping for.

An issue with intense action aided by on-point artwork. Review: Combat Is Heavy In SONIC THE HEDGEHOG #39