Review: BOOKS OF MAGIC #11 And The Return Of Timothy’s Mother

Ever since embarking on his journey through the magical realms, Timothy has held his mother and father at the forefront of his mind. Guaranteeing their safety has been his number one priority. Unfortunately,  his efforts failed to protect his mother from being kidnapped by the Cult of the Cold Flame, a nefarious group hell-bent on harming Tim through any means necessary. Now she’s returned, but is all well in the Hunter household?

Kat Howard begins BOOKS OF MAGIC #11 with Tim in a rare state of elation: his mother has finally returned, restoring the once broken Hunter family unit. The abrupt shift is almost unsettling, as he’s spent months agonizing over his missing parent. And sure enough, the happiness peters out almost as quickly as it came. Hearkening back to her original disappearance, the young wizard recalls feeling as if either he or his father did something horrible to cause her to leave. Unfortunately, he realizes his initial guilt was justified—she reveals the Cold Flame held her prisoner for weeks, only letting her go on the condition Tim never use magic again. 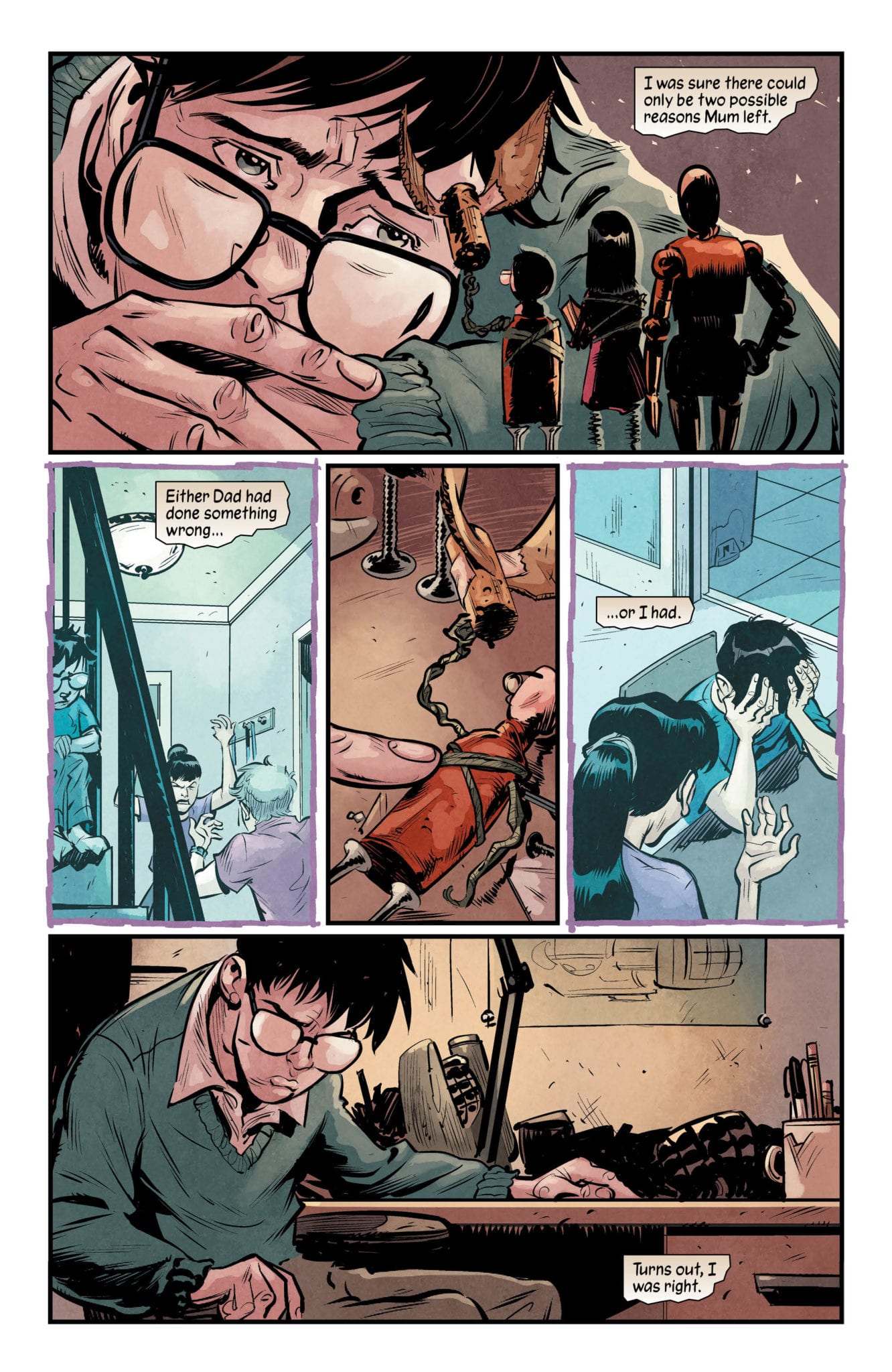 For Tim, this is simply another reminder of how his status as a wizard constantly wrecks his “normal” life.

We then see flashbacks from the young wizard’s active mind as he imagined how much better life at home will be now that she’s returned. He’s imagines enjoying board games and meals together, but the reality of the situation proves to be disappointing. His parents barely talk to him and seem to infuse of depressing aura throughout the household. These painful panels offer a shockingly realistic look at the lives of children with separated or divorced parents—expecting things to go back to the way they were only to be incredibly disappointed.

A distraught Tim decides to get out of his house and clear his mind by paying a visit to Hettie, who’s been looking after the owl Yo-yo. This reunion is heart-warming; in response, Hettie reminds Tim how important is it to stay connected with the bird, alluding to the danger he is sure to face from the Cold Flame.

Tom Fowler’s penciling, Brian Churilla’s inking, Jordan Boyd’s coloring, and Todd Klein’s lettering fantastically set the mysterious tone of BOOKS OF MAGIC #11. Illustrations of Tim’s mother show a beautiful resemble to her son, highlighting the close connection that was once strong between them. The dark colors and heavy inking throughout the rest of the panels give readers a sense of mystery, as if the Cold Flame could be hiding within every shadow. The letter boxes are placed in optimal locations to emphasize both the dialogue written and the characters’ body language. 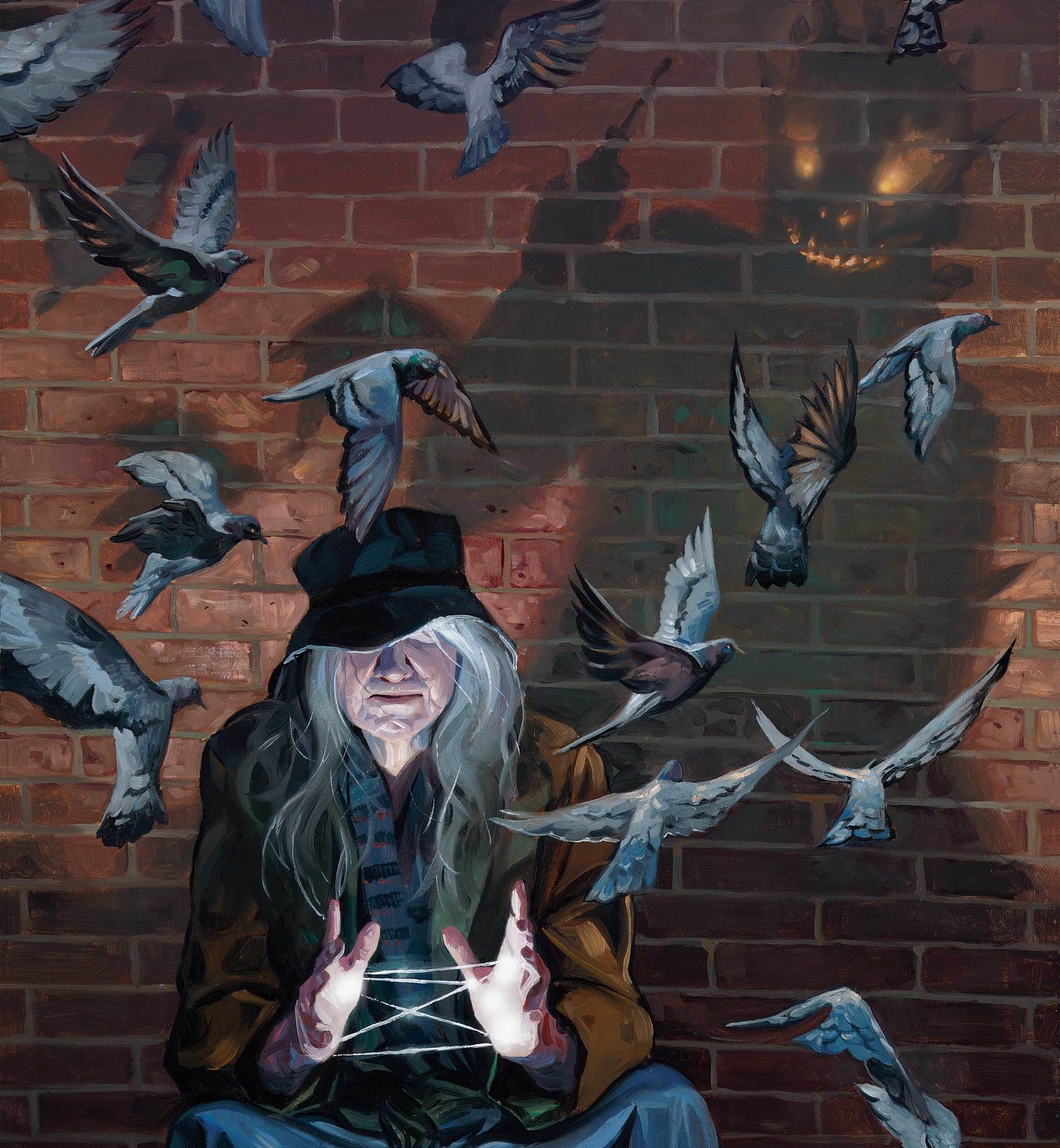 Kai Carpenter’s cover features Hettie twiddling a piece of fabric between her hands while a demonic shadow looms over her. The shadow carries an uncanny resemblance to Tim, suggesting that he may unwittingly play a roll in Hettie’s doom in the coming issues.

BOOKS OF MAGIC #11 takes a deep look a the toll Tim’s magic adventures have taken in his family life. It’s also a story full of reunions, though some are more happy than others.

Do you think Tim will go along with the Cold Flame’s demand to never practice magic again? Let us know in the comments below!