Vault Comics already made a grand entrance into horror comics this month with The Plot. With Black Stars Above, out November 13th in comic stores everywhere, they’ve made it clear they’re planning on staying. With a story by Lonnie Nadler, art by Jenna Cha, colors by Brad Simpson and letters by Hassan Otsmane-Elhaou, Black Stars Above is a perfect addition to the genre of horror comics. Read on to find out why. 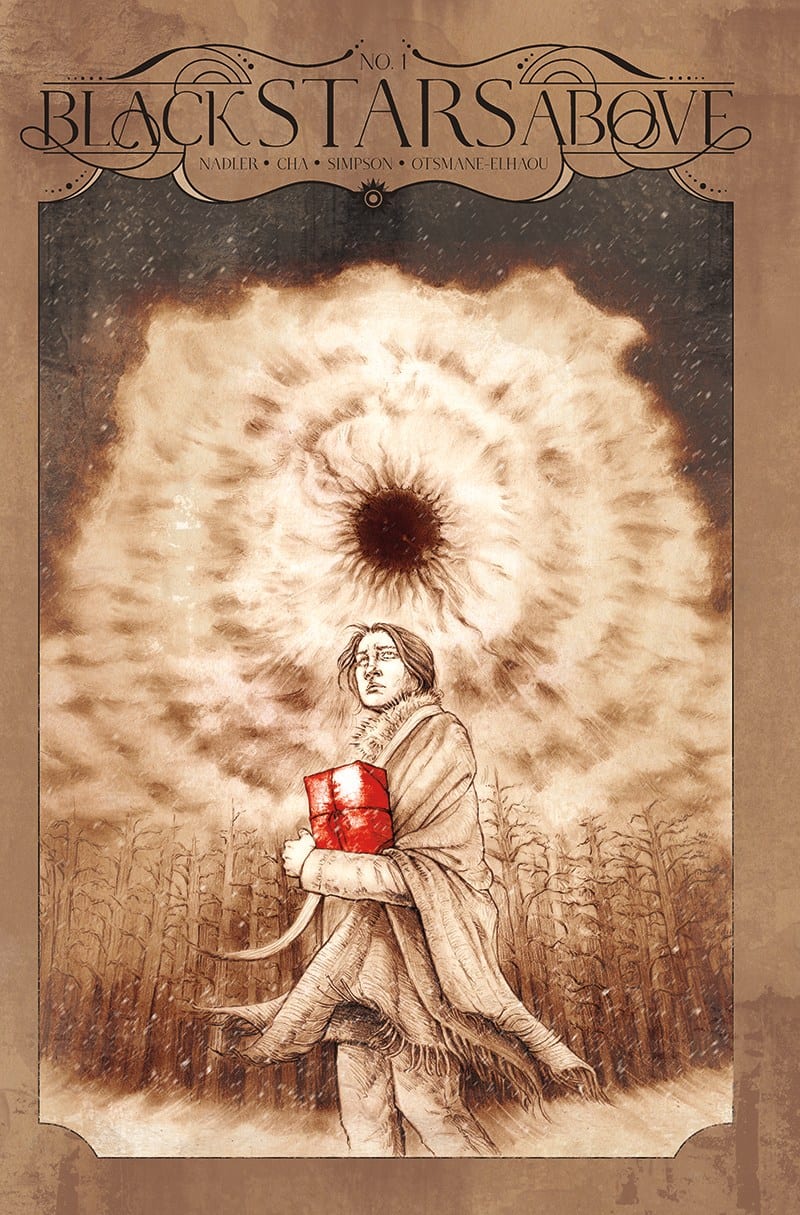 Black Stars Above tells the story of Eulalie, a young woman from a fur trapper family living in Northern Canada in 1887. Eulalie is bright, imaginative, hopeful. She dreams of a world beyond the cold and poverty that her father’s business has afforded her family. Her dreams are dashed, however, when her father says he’s agreed to marry her off. Just as she’s about to give up hope, she meets a man who offers a large sum of money for a simple task. She is to take a package up north, through the wild and weird woods that surround her home. She takes the deal, believing it to be her last chance at a life. But there are things in the forest that are deadlier than wild animals, deadlier than the cold… deadlier than anything in the natural world.

Trails from the Crypt

Fans of H.P. Lovecraft will doubtless get a huge kick out of the way Lonnie Nadler is telling this weird horror tale. Nadler weaves a narrative in a creepy, unsettling pace. In fact, much of issue one is a perfectly normal period drama. However, Nadler brilliantly spends the first couple pages showing that there’s something supernatural going on in Eulalie’s world. As he’s fleshing out her everyday life, that knowledge lurks the back of the reader’s head, like a spider hiding in a dark room. And even when things do start getting all “Overlook Hotel” on Eulalie, it’s far from clear exactly what those supernatural events mean. There are big, scary forces in Nadler’s late-19th-century Canada, and not only to we not understand what they are, we get a very strong sense we’re not supposed to. 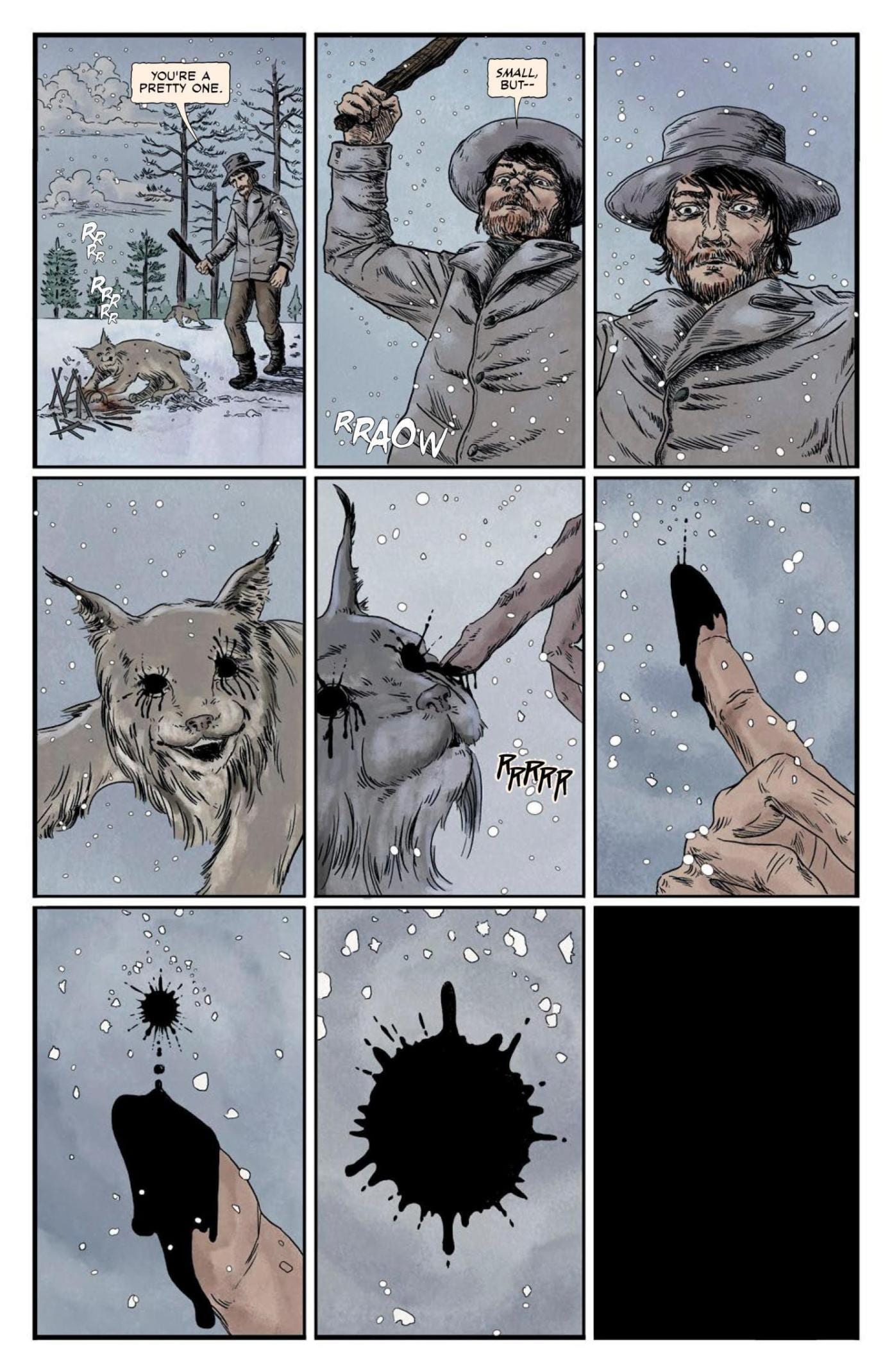 But no matter what Nadler puts on the page, this spooky universe couldn’t exist without Jenna Cha’s spectacular art. Cha’s spectacular debut into published comic art is moody and unnerving, walking a thin line between depressing geographical climate and otherworldly haunted dreamscape. Just like Eulalie herself, readers will be unclear exactly where the natural and unnatural worlds split, so no scene feels quite safe. Beyond her gothic landscapes, Cha’s character work is also excellent. Like a great casting director, Cha populates her world with expressive, relatable characters. With the soul she gives them, readers will find themselves drawn into this point in history, whether they want to be or not.

Colors Out of Space

Bringing the harsh and alien landscape of Eulalie’s world to life are Brad Simpson’s colors. He paints the book with a grim and unwelcoming palette, something that will remind readers of all the best icy horror stories, like 30 Days of Night and others. When things start getting Lovecrafty, Simpson makes subtle but important changes in the tones and shades he puts on the page, contributing to the overall sense of dread and “otherness” that’s so prevalent in this comic. A cursory glance at this book might trick you into thinking that this story is just made of the frigid monochrome’s that make up most winter settings, but look again. Weird things can be done with white and gray, to say nothing of the titular brightness of this comics’ black. 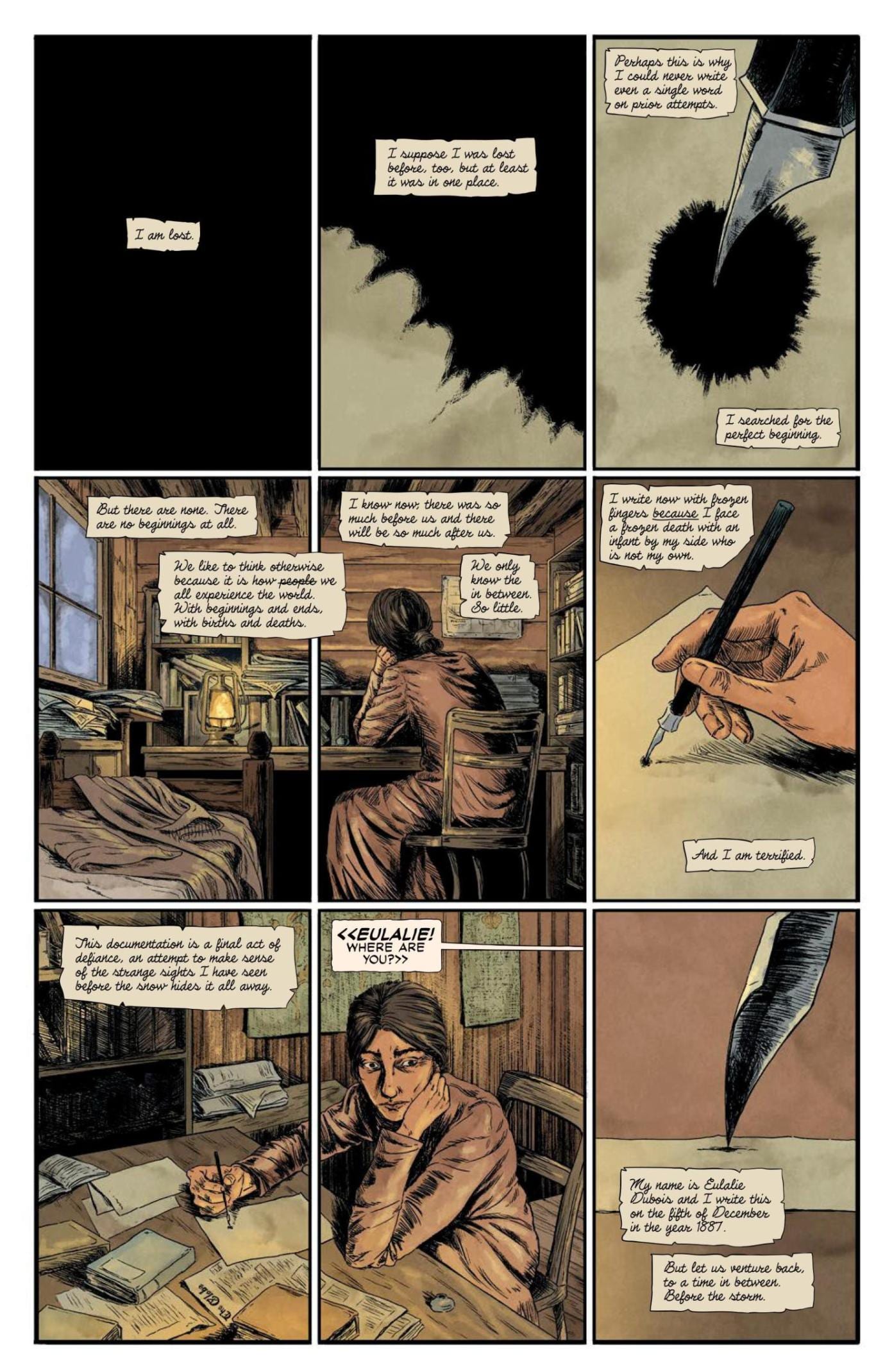 Letterers are often overlooked for their work in comics, and the work done by Hassan Otsmane-Elhaou in Black Stars Above proves just how unfair that is. This book is wordy, in a good way. As a child with parents from different cultures, languages are important to Eulalie’s culture, and Otsmane-Elhaou keeps them separate for the reader to follow along. He also crafts the torn pages of Eulalie’s journal, which adds to her character not just by showing us her inner thoughts, but how she chooses to put them down. Crossed out sections of the journal help us paint a picture of a girl who is trying to make sense of he life, whether that’s the oppressive way in which she’s treated or the unknowable entities outside her door. Without Otsmane-Elhaou’s careful organization of her thoughts, we wouldn’t know Eulalie half as well as we do, So feeling scared for her would be tougher. And speaking of fear, watch for how Otsmane-Elhaou presents the “voices” of the things in the woods. You’ll easily be able to hear their demonic cadence; the trouble will be forgetting it.

Typically, the accepted wisdom of horror is to “show as little as possible.” That’s why horror novels get such rave reviews, and why the best monster movies hold off from seeing the beast until the end. However, Black Stars Above proves that there’s another method to telling horror stories. Like the films of David Lynch or the work of the aforementioned Lovecraft, Black Stars Above is perfectly fine with showing, because it knows that your fear won’t come from not seeing. In this horror comic, one of the best to hit shelves this season, your fear comes from seeing…and having no idea what you’re looking at. 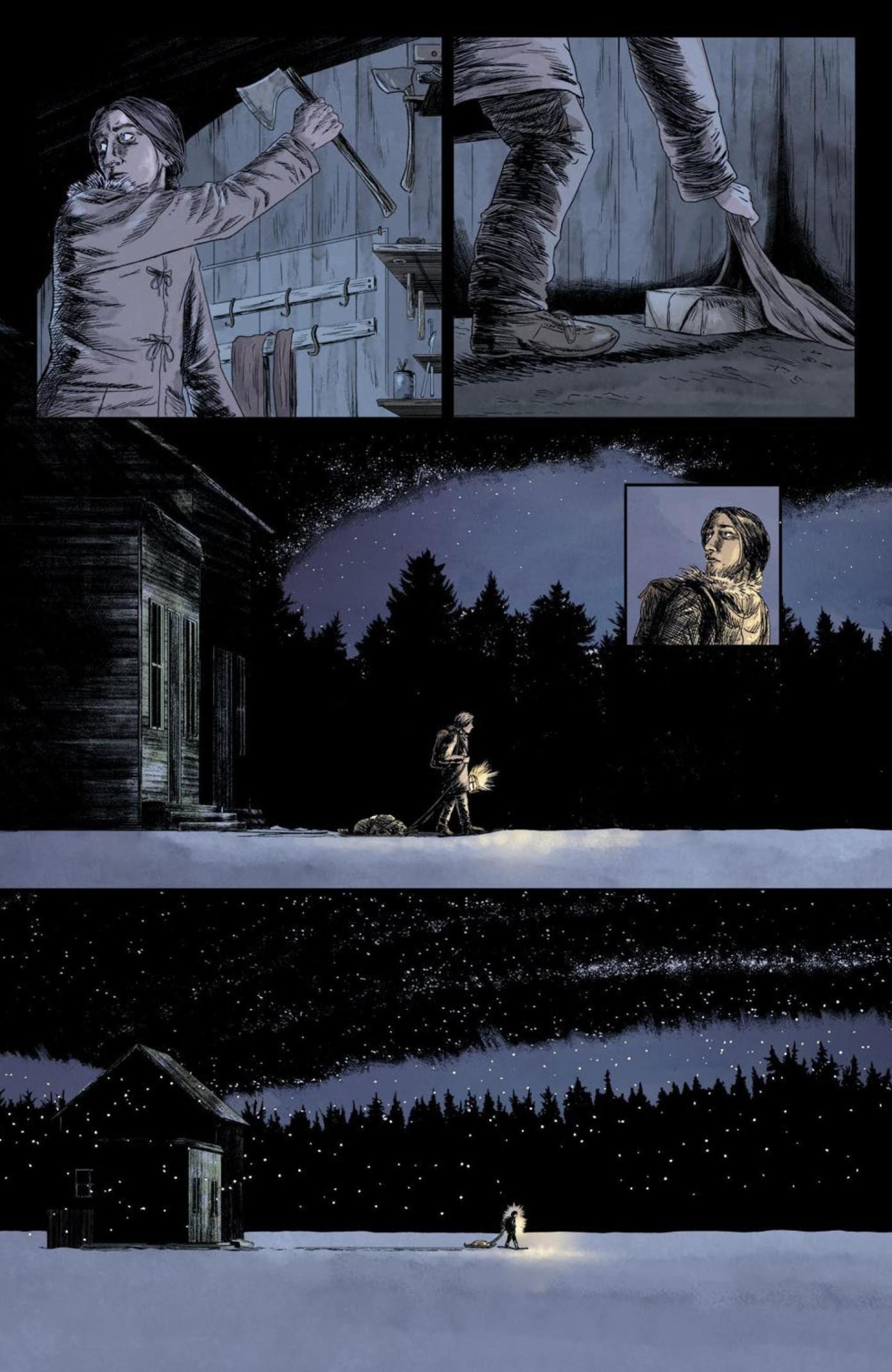 For more reviews like this one, follow us on Twitter. And for all the best comic news, discussion, and interviews, stay tuned to Monkeys Fighting Robots.

Vault Comics made a grand entrance into horror comics with THE PLOT. In BLACK STARS ABOVE, they've made it clear they plan on staying.Review: BLACK STARS ABOVE Lights Up VAULT Comics Horror