Review: BLACK SCIENCE #43 – It All Comes Down To This

This week from Image Comics comes the final issue of their acclaimed series BLACK SCIENCE. Creators Rick Remender and Matteo Scalera send us off with an emotional finale in issue #43. 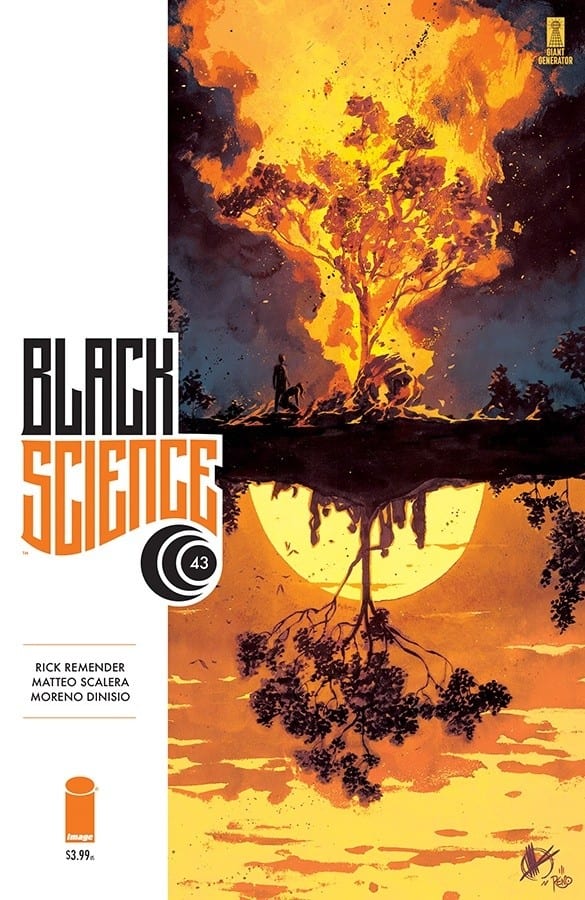 Black Science debuted back in November of 2013. It unleashed the madness of Grant McKay upon the world as he struggles like any of us to try and navigate the chaos he’s created for himself and his family.

Through forty-three issues we’ve seen brilliant sci-fi concepts pour out of the mind of superstar writer Rick Remender. We’ve been treated to six years of gorgeous Matteo Scalera art that pushed the limit of comic book art and constantly reminded readers why we all love this medium.

It’s sad to see this monumental series come to an end, but at least it was ended on the terms of the creators. Black Science will have a definitive ending, rather than continue on into obscurity once the idea well inevitably dries up.

Our final issue jumps around a bit, utilizing the plus-size amount of pages that we’re provided. The story centers around Grant and Sara, as it should. Their tragic story never gets a “happy ending” but only through the lens of ignorance does any story really happily conclude. Remender reminds us that there is always somebody left behind.

We get a satisfying end to Kadir by the hand of Sara. Grant completely f*ucks up once again and causes their children to die, but as always he promises to fix it. We take a look at the “weathered” Grant and Sara that we encountered long ago in the series as they embark on their own journey to get their kids back. 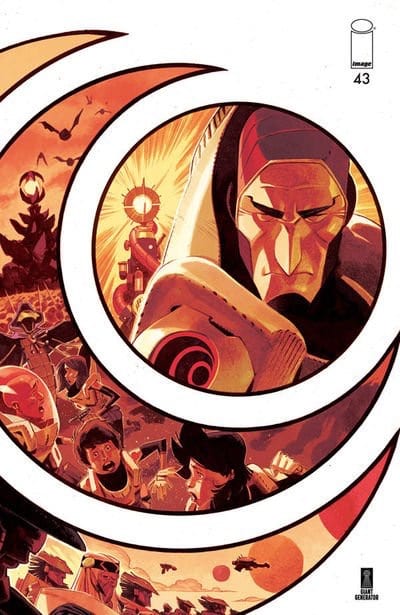 This infinite onion filled with infinite possibilities and futures doesn’t end and never will. Ending this series was no easy task as there was no real way to close the story. Remender takes the best possible approach to at least send readers off with a smile rather than a pit of despair in their stomachs.

With Black Science #43 we say goodbye to not only these beautifully flawed characters, but their creators as well. Remender and Scalera have been one of the most dynamic duos in comic books for six years now–what happens now? Hopefully we’ll see Scalera again soon enough, his style and creative lens is top-tier.

We can’t forget about colorist Moreno Dinisio either, wherever Scalera pops up again hopefully he takes Dinisio with him. Their chemistry in bringing these obscure and gorgeous illustrations to life is magnificent. Not just character models or creature design, but layouts and landscapes are impossible to ignore as every panel in this entire series is worth getting lost in.

Black Science #43 is probably the best ending we could’ve possibly gotten given the subject matter and commitment these rules and characters. It’s an impressive issue that will satisfy readers who have kept up for an inconsistent six years.