Comics are uniquely suited to spectacle. Their stillness gives you time to drink in feats of daring. It lets colorful, distinct outfits shine. In America, comics gave us superheroes – costume-clad circus performers starring in crime serials. While Japan’s approach to superpowered spectacle gave us multi-million-selling mega-hits like Dragon Ball and One Piece. It’s part of why comics have become the backbone of today’s bombastic Hollywood blockbusters. Tokyo Interstellar Immigration by Mado Guchimoto takes influence from quite a few of those blockbusters. But it also stands to remind everyone what comics do best. 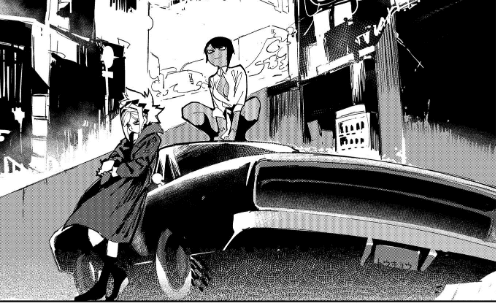 Tokyo Interstellar Immigration follows young secret agents Lein and Ann who work for the titular Interstellar Immigration Bureau. Think a sort of Men in Black-ish clandestine organization who investigate hostile space aliens on earth and wipe the minds of any chance observers. But Lein’s motivations for helping the Bureau are tied to her criminal mentor, Hein, who the organization is keeping in a tightly locked cell. The two thieves have entered a weary truce with the Bureau, helping with investigations in exchange for information on a mysterious past tragedy. Ann, meanwhile, is a gigantic beast contained in human disguise, only able to speak in brief fragments. So don’t expect Lein or Ann to be terribly professional. But they’ll get the job done, minus one or two city blocks.

In the manga’s afterword, author Mado Guchimoto expresses love for Hollywood sci-fi spectacles, ranging from Blade Runner and the Matrix to Battleship and Chappie. Unabashedly big-budget, flashy, tech-heavy movies. But the stillness of comics lends itself to a kind of showmanship that’s even denser. Expect lots of spreads crammed with various alien designs and techno-organic machinery. Some communicate psychedelic landscapes through intricate, symmetrical patterns. Glossaries at the back of each arc cram in information that couldn’t fit on the pages themselves, like explanations for how intersections between dimensions work, or that a species of cabbage-like aliens show status by how many doors their minifridges have. It’s a lot, and a few pages might end up reread in an attempt to get a firm handle on it all. This is Guchimoto’s professional debut, and so it shows the kind of hungry, throw everything at the wall approach you’ll find in many early works. But that’s an approach well suited for comics, where pages can be slowly read or reread at the reader’s pace. And it’s easy to get swept along when everything looks this damn stylish. 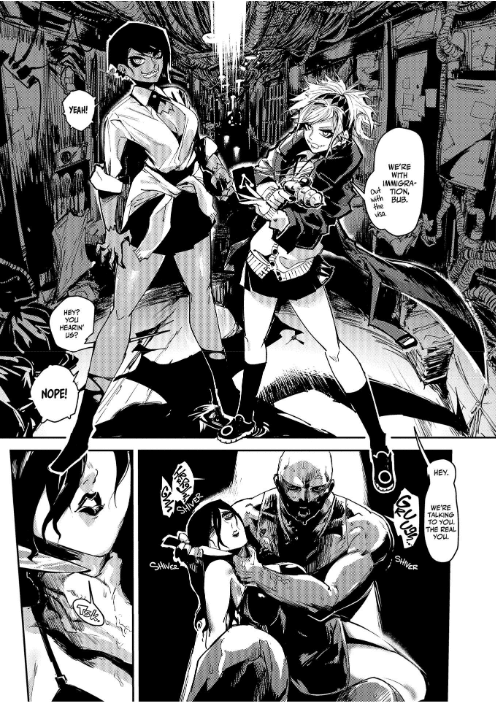 To help keep track of who’s speaking through all the chaos, each character is given their own shape of speech bubble. Lein’s mentor Hein communicates through a speaker, rendered in sharp, square, bubbles, while Ann speaks in spiky, uneven bubbles. One-off characters are given more playful variations. A bookstore owner speaks in book-shaped bubbles, a locksmith’s are shaped like a keyhole. But the dialogue, translated by Andrew Hodgson, doesn’t slack in giving the main trio distinct voices, either. Lein has a sarcastic deadpan tone, Hein is ornery and a bit playful, while Ann… well, speaks like the Hulk. They’re fun characters to read, and help keep the comic anchored through all the dizzying spectacle.

Letterer Kalvin Travis also does an excellent job rendering the sound effects littered throughout the comic in English, from spiky “chomps” to pulsating “tha-thumps.” Some even weave in and out of the art like physical objects. It must’ve been quite a pain to redraw the many, many SFX, but the effort shines through. 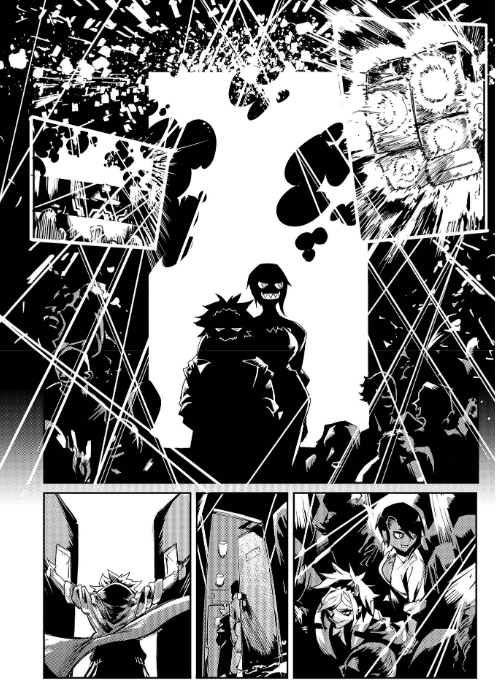 Tokyo Interstellar Immigration is loud. The character designs are loud, the action is bombastic and in-your-face, and the many aliens equally intricate and grotesque. But there’s a confident showmanship to it all, a joy to overloading the viewer with information. If this book were a song, it’d be the kind I wouldn’t mind blowing my eardrums out to. Tokyo Interstellar Immigration is currently available on Kindle, with a physical release to eventually follow.