BATMAN: THREE JOKERS #1 from DC Comics hits your local comic book this week, with the pressure to save the comic book industry and tell an un-tellable story. The book is by writer Geoff Johns and artist Jason Fabok, with Brad Anderson’s colors, and Rob Leigh’s letters.

How DC Comics describes the book:
Thirty years after Batman: The Killing Joke changed comics forever, Batman: Three Jokers reexamines the myth of who, or what, The Joker is and what is at the heart of his eternal battle with Batman. New York Times bestselling writer Geoff Johns and Jason Fabok, the writer/artist team that waged the “Darkseid War” in the pages of Justice League, reunite to tell the ultimate story of Batman and The Joker!

After years of anticipation starting in DC Universe: Rebirth #1, the epic miniseries you’ve been waiting for is here: find out why there are three Jokers, and what that means for the Dark Knight and the Clown Prince of Crime. It’s a mystery unlike any Batman has ever faced! 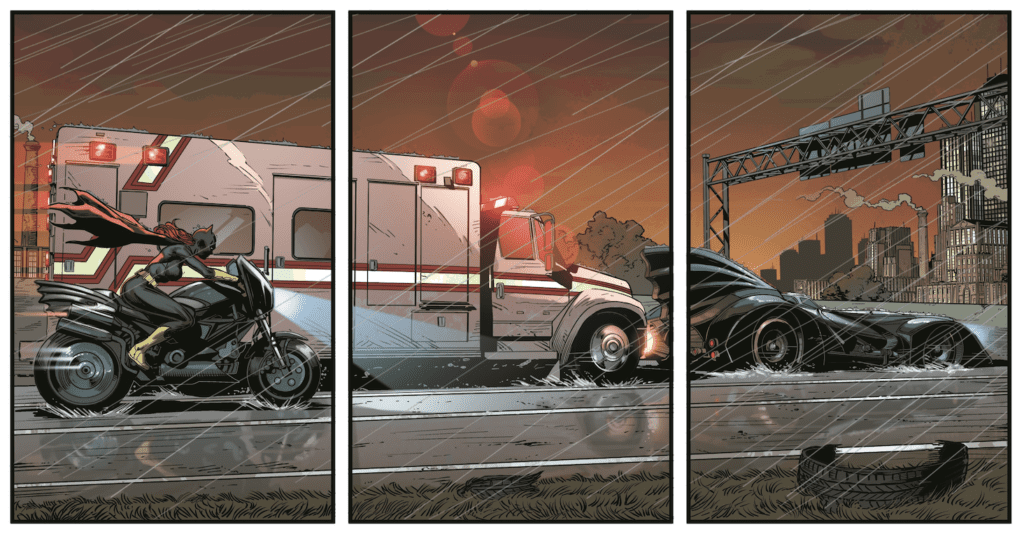 For me to explain my thoughts on this comic book, I’m going to use baseball as a metaphor. BATMAN: THREE JOKERS #1 is like the first five innings of Game One of the World Series. Your team is on the road, down by four runs, and the ace of the staff has just been pulled. In the biggest moment, your number one pitcher didn’t have his best stuff, and a few errors in the field were costly. On the bright side, the game isn’t over; you’re only down four, and it’s only the first game.

BATMAN: THREE JOKERS #1 is a very good looking book that introduces a story and has a better than average cliffhanger, but for some reason, the first issue of this three-part miniseries doesn’t resonate emotionally. Johns doesn’t take the time to connect the reader with the story. Batman, Barbara Gordon, and Jason Todd are distant and emotionally walled off. You don’t know who to root for as the reader. Furthermore, the comic doesn’t do anything revolutionary; it is what it is. But when DC Comics hypes it as the next KILLING JOKE, readers are expecting something more than just another Batman story for $6.99 an issue. 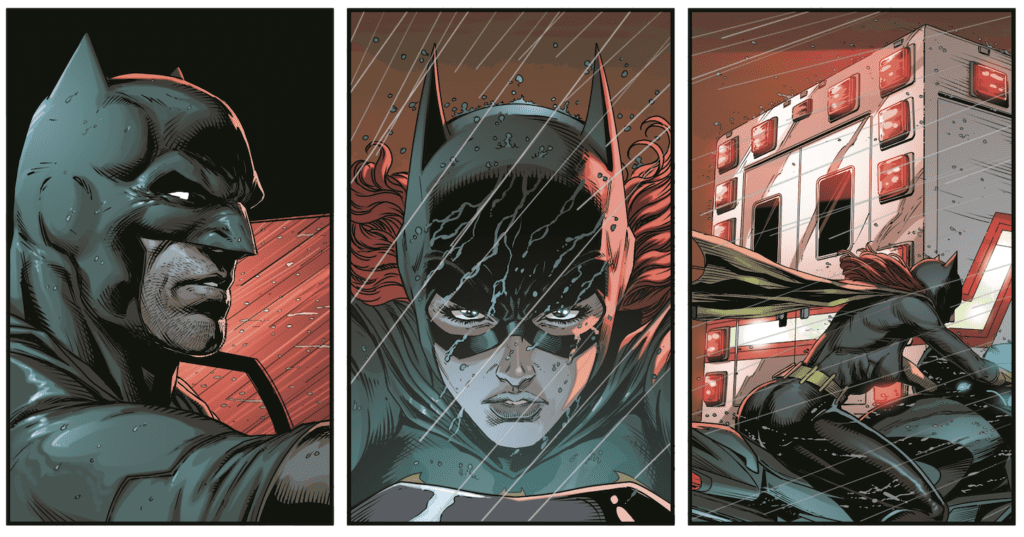 Fabok’s art is gorgeous, but there isn’t a panel we haven’t seen before. There is nothing iconic about the issue because it just seems to be borrowing from other iconic moments in the Batman mythos. BATMAN: THREE JOKERS #1 is a DC Black Label book, and I would have asked Anderson and Leigh to swing for the fences when it came to the colors and letters. But the colors are bland, and everyone in the story speaks with the same cadence. There are THREE JOKERS — this book should be pure chaos, but it isn’t. There are ways the colors and lettering could have visually enhanced the story, but they left the talent on the table.

To continue the baseball metaphor, BATMAN: THREE JOKERS #1 does rally in the last five pages of the book. Johns’ writing is filthy good and sets up a moral question that will have die-hard Batman fans battling it out in the Facebook groups. 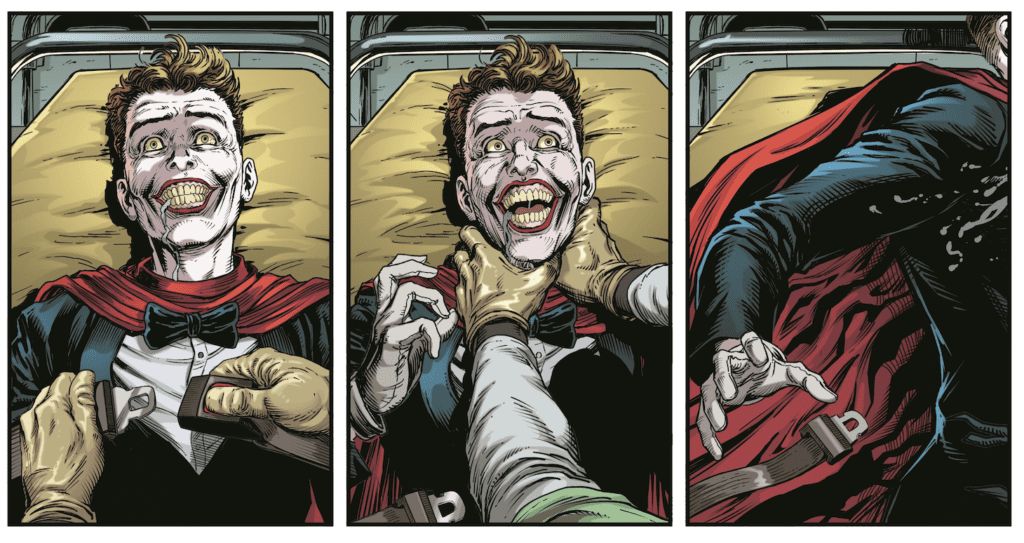 I didn’t go into too much detail because I want you to enjoy the book without spoilers, but my hope for the rest of the series is for Johns and Fabok to move away from THE KILLING JOKE style and tell their own story. Swing for the fences and shock the world.

Did you read BATMAN: THREE JOKERS #1? What did you think? Comment below with your thoughts.