Review: In the Nain Pit in BATMAN #74

Bruce and Thomas Wayne finally reach the Nain Pit in Batman #74, putting them just steps from finally reuniting their family. What’s not clear at first, though, is whether Bruce will really go along with his father’s plan.

The writing of the book follows more of King’s trademark style of laying seemingly-unrelated or abstract story elements on the board, only to snap them into context by the story’s end.

Much of Batman #74 is occupied by the Waynes’ discussing memories of a children’s book as they wander the desert. It’s unclear what their point is until the issue’s climax, when it’s used to make a poignant observation about their divergent outlooks. Thomas says he wanted to take the book away from a young Bruce to protect him. Bruce’s response, though, casts it in a very different light. Bruce’s need to be the Batman isn’t a compulsion or addiction; it’s not even his need to avenge his parents. Rather, it’s fueled by his endless optimism.

For Thomas, it’s not just about “helping” Bruce, though. Flashpoint Batman is motivated as much by that as he is by his own desperate desire to recover his family. There’s a degree of self-interest in Thomas’s plan, revealing it is less than the altruistic move he claims. It’s about control; he says he wants Bruce to be his own man, but his actions demonstrate the opposite desire.

Intriguing as the story is from an analytical perspective, there are a few narrative elements that cause problems. Namely, two men riding through the desert talking about a children’s book isn’t the most compelling storytelling. Also, despite speculation about the Nain Pit’s nature, King doesn’t go into detail about what the Pit actually does. It’s possible this could come up later in the story. For now, though, it’s left dangling as an unresolved—and thus underdeveloped—question within the narrative.

Simply put: Batman #74 has great ideas, though it’s not the most thrilling read. 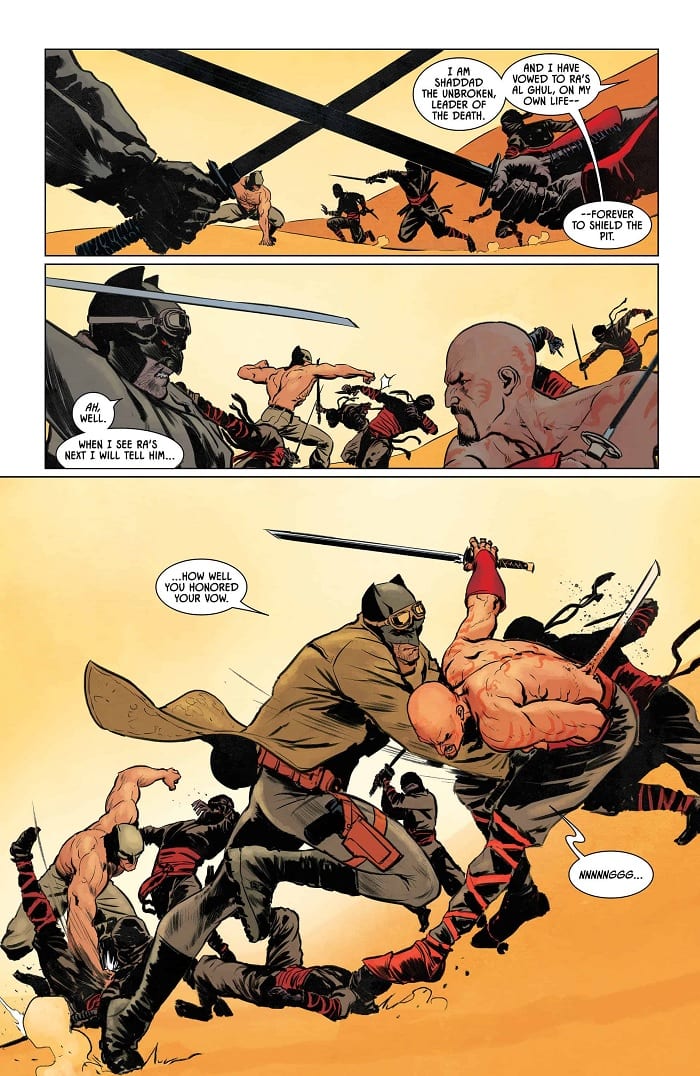 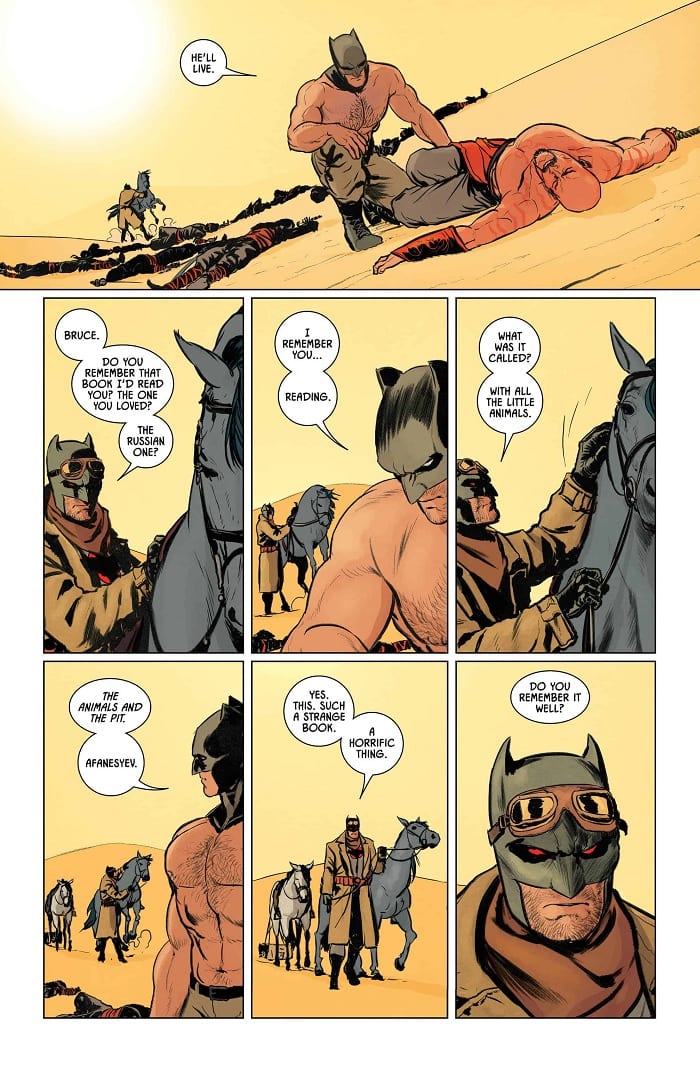 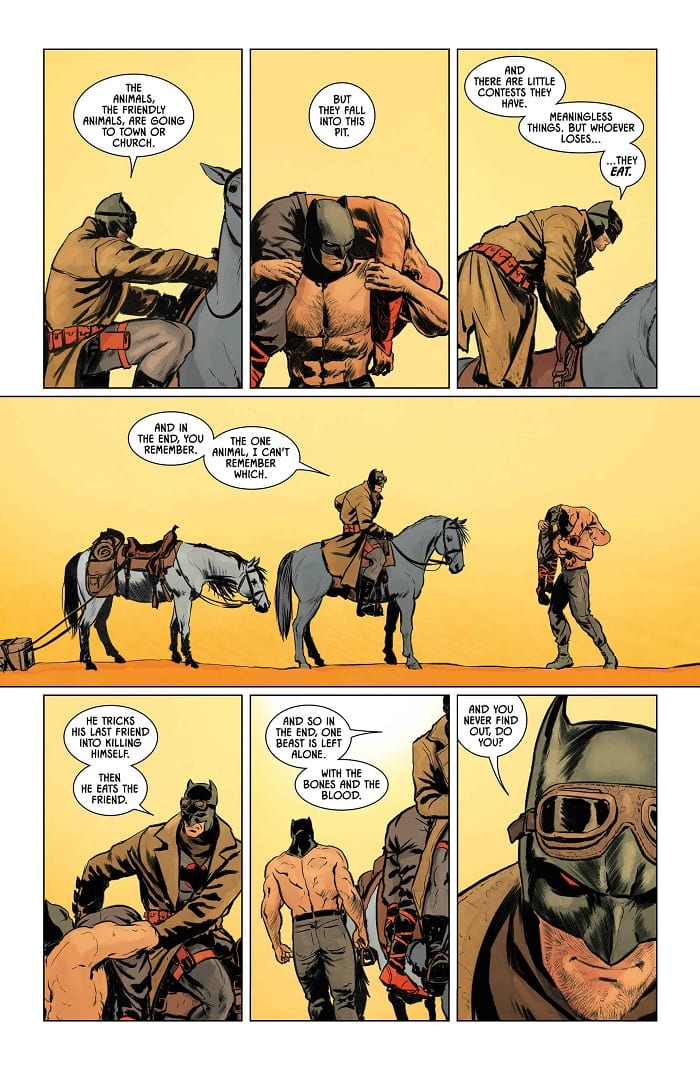 Artist Mikel Janin’s work really shines in this issue. He manages to present a lot of interesting images throughout Batman #74, while at the same time focusing the reader’s eye on the center of each panel; a pattern he only occasionally breaks. He combines that technique with a lot of repetition in layout and visual motifs. The results are illustrations that feel dynamic and engaging, but which flow perfectly from one panel to the next.

Janin manages to convey the emotional weight of the situation well through simple, sometimes barely noticeable shifts in posture, expression or body language. It’s an excellent showing all around.

Of course, Jordie Bellaire’s color work on Batman #74 plays a considerable role in bringing Janin’s illustrations to life. She bathes individual sequences in dominant hues; blinding yellows in the desert, rich blues in the night, and fiery red in the illuminated pit. It’s really a treat to take in.

Despite some shortcomings, there is more to enjoy in Batman #74 than to complain about. It’s another solid issue in King’s run, and sets us up for the upcoming climax in the City of Bane arc.

Review: In the Nain Pit in BATMAN #74Despite some narrative shortcomings, BATMAN #74 has a lot to pick through on a thematic level. It's more solid work from Tom King, with excellent artwork courtesy of Mikel Janin and Jordie Bellaire.