Review: The New Starbrand Is Revealed In AVENGERS #29

The long-awaited revelation of the new Starbrand’s identity arrives in AVENGERS #29, hitting comic book stores on Wednesday, January 15th. After the Avengers sped into space to track down the new Starbrand, the Heralds of Galactus launched an attack on the heroes. They’ve claimed the Starbrand must die for the good of the universe. But the Avengers protect life at all costs; will they be able to take down beings like the Silver Surfer and Terrax in order to do so?

The Avengers lineup are a force to be reckoned with on any day. But with each half of the group separated by light-years, their odds of victory may be in question. Readers are first brought to one end of the The Ravenstarr Maximum Security Galaxy as Black Widow, Ghostrider, Blade, and Boy-Thing find themselves facing a number of intimidating prisoners and a very angry Silver Surfer. Fortunately, the newly dubbed “War Widow” came prepared. 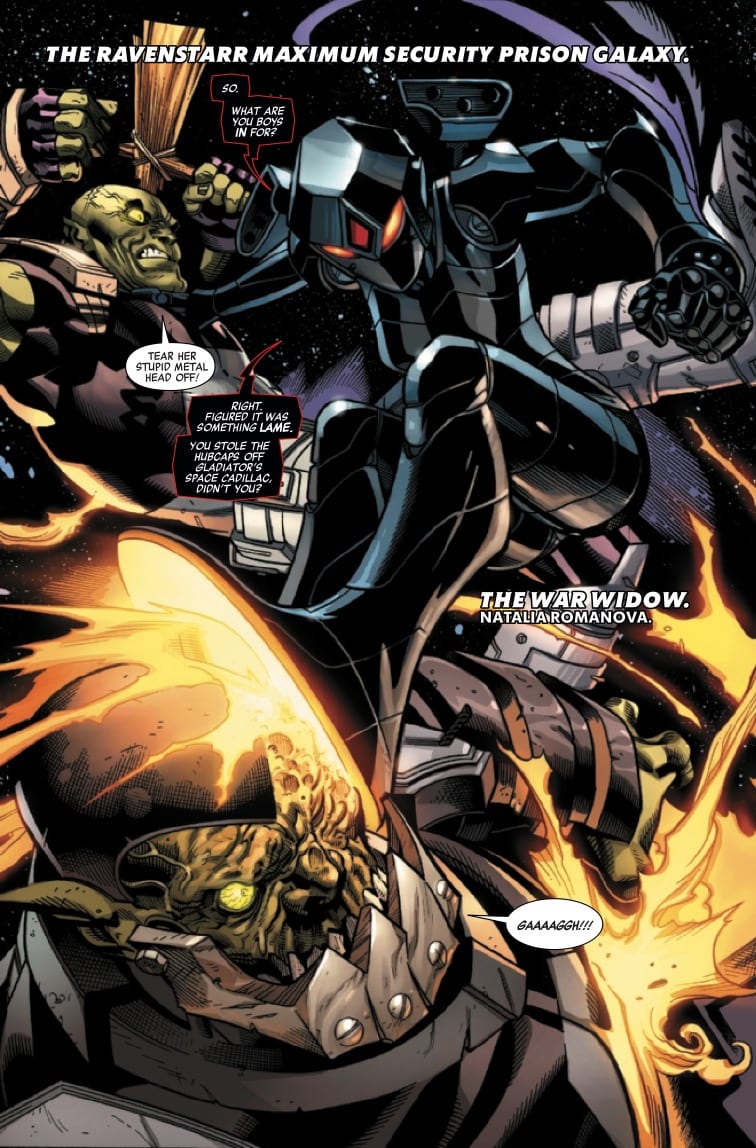 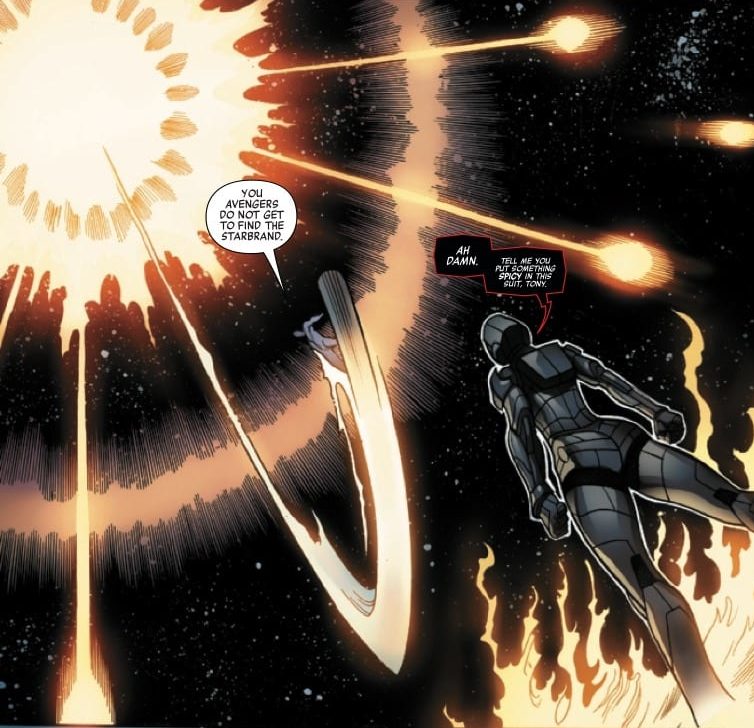 Despite pleas to the Herald’s better nature, he attempts to subdue the heroes, and the results aren’t great. Widow’s fighting prowess and armor unfortunately fail to do any damage against a being with cosmic abilities. But a surprise team-up between Boy-Thing and Blade levels the playing field, at least for a while.

The incredible resourceful of this Avengers’ team never ceases to amaze us.

On the other end of the prison galaxy, Captain America, She-Hulk, and Captain Marvel fight off their own batch of prisoners, as well as the Herald known as Terrax. This half of the team barely manages to hold their own, but a bright flash from a nearby star halts the action on both sides: the new Starbrand has been revealed.

Writer Jason Aaron leads readers through epic fight scenes and close-calls throughout the story, ultimately arriving at the pinnacle reveal of the Starbrand’s identity. The build up is scripted extremely well, hyping us up little by little with each panel.

This issue gives readers the beautiful illustrations one would expect of an epic space battle. Ed McGuinness, Mark Morales, and Paco Medina’s penciling and ink work are fantastic, particularly when it comes to the star of much of this issue: War Widow. Her iron battle armor is sleek and cool, much like the hero herself. Jason Keith’s coloring provides varying shades of black and red to give it a distinct look, differentiating it enough from the War Machine armor of James Rhodes. In scenes like these, VC’s Cory Petit’s lettering follows the action seamlessly.

McGuinness and Keith’s artwork for this issue’s main cover features the full Avengers line-up in space, honing in on their battle setting.

Ema Lupacchino and Rachelle Rosenberg’s variant cover shows us illustrations of one of comic book fans favorite couples: Black Panther and Storm. This Marvels X variant gives us a look at other heroes who are also fighting for justice.

AVENGERS #29 is a thrilling addition to this Starbrand Reborn saga, amping up the action just enough before the big reveal. We’re excited to see what happens next with the newly christened Starbrand.

What did you think of this issue’s big revelation? Let us know in the comments below!

Review: The New Starbrand Is Revealed In AVENGERS #29Writer Jason Aaron leads readers through epic fight scenes and close-calls throughout the story, ultimately arriving at the pinnacle reveal of the Starbrand's identity. The build up is scripted extremely well, hyping us up little by little with each panel.