Review: ASCENDER #3 Takes Us Back To The Events Of DESCENDER

ASCENDER #3 picks up after Andy and his daughter Mila attempt to escape their home on Sampson. Mother’s vampire guards detected technology in their vicinity and sought to eradicate them. While detailing their escape, the story also takes readers into the past to show how they ended up on the planet in the first place. But more importantly, readers will learn what happened to Mila’s mother Effie all those years ago.

Jeff Lemire takes readers back 10 years within the story to the events of his critically acclaimed work DESCENDER to fully establish its connection to ASCENDER. Readers witness Andy and Effie seek refuge from threatening forces, much like his and Mila’s predicament in the present. 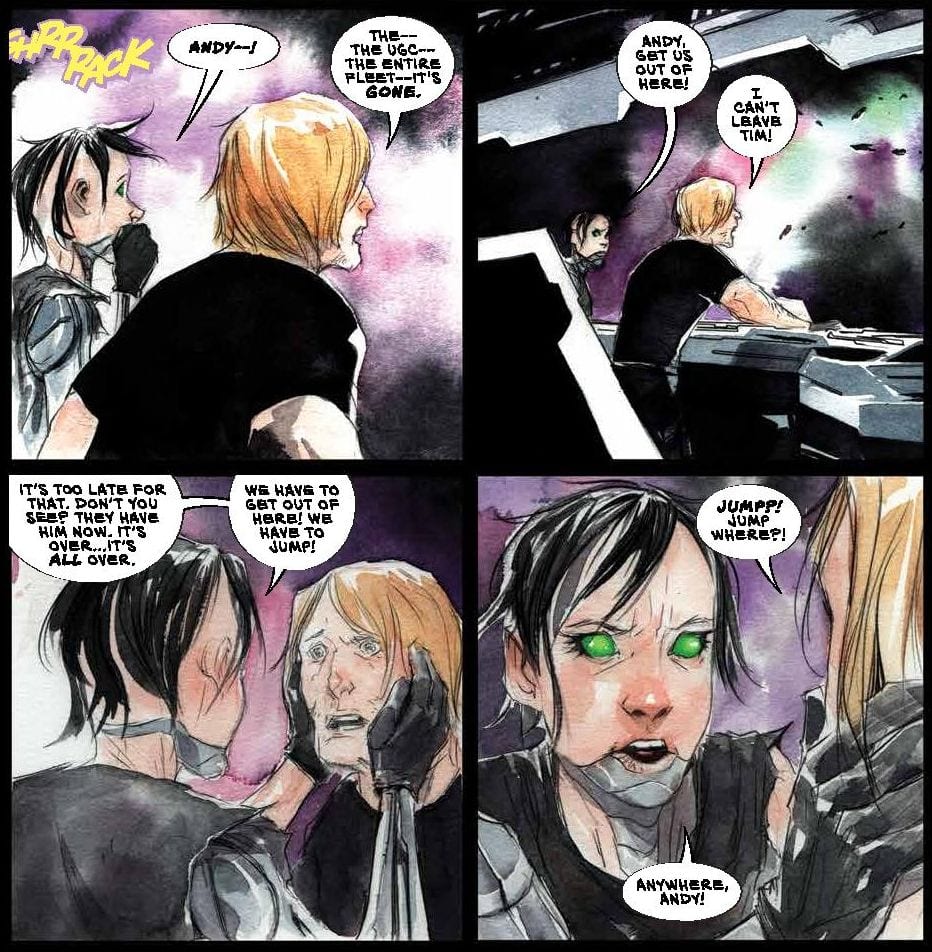 Seeing the two storylines match-up so closely helps readers sympathize with Andy. He’s had to go through two perilous escapes, both with someone he dearly loves. But the most interesting point in this story comes when we learn what truly happened to Effie before Andy and Mila’s arrival on Sampson.

It’s clear the vampiric army of Mother has been a thorn in the family’s side for quite some time. Learning what they did to Effie will leave readers on the edge of their seats and shaking with the same anger Andy feels every day.

Dustin Nguyen’s artwork brings the thrills, and horrors, of the family’s various escapes over the years. Whether it’s the lush green jungles blasts from Mother’s forces in space, we get the feeling we’re right there in the story with our beloved protagonists. 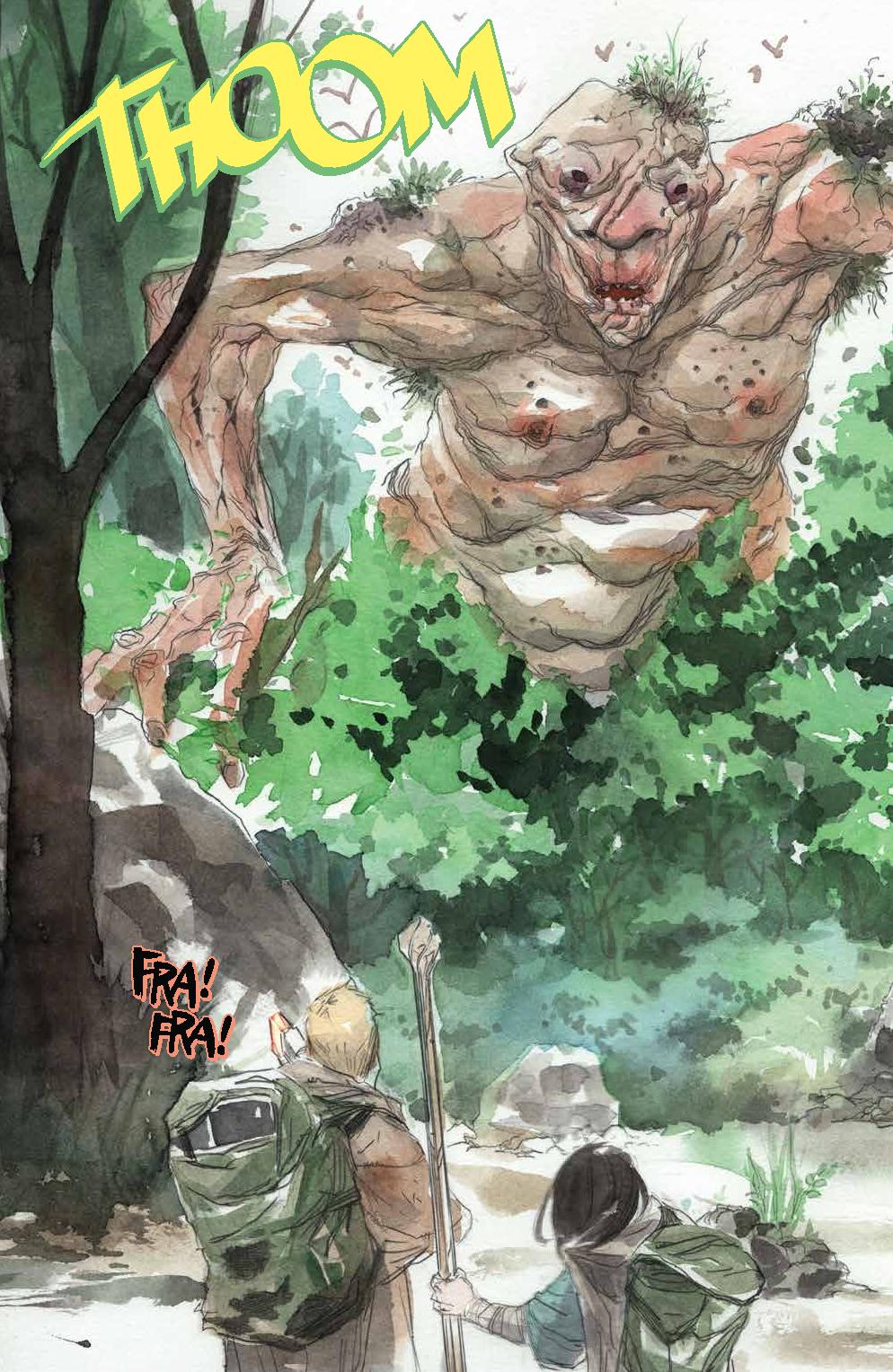 Steve Wands’ lettering is on point throughout the issue. It’s particularly entertaining effective use of onomatopoeia, such as Bandit’s likable “FRA, FRA” or the terrifying “THOOM” of the giant. These little details make all the difference when it comes to enchanting the reader.

Nguyen’s cover art features Mila and Andy in battle-ready poses with one of Mother’s dragon ships in the background, showing how the nefarious overlord is behind all of their family’s pain.

ASCENDER #3 does an amazing job of telling Andy and Mila’s backstory, drawing important parallels when necessary. It’s exciting to see a prequel comic have such an impact on the subsequent story.

What did you think of the backstory told in this issue? Let us know in the comments below!

A trip to the past finally reveals the important details of Ellie's disappearance. The parallels between Andy and Mila's past and present make this a great story to read.Review: ASCENDER #3 Takes Us Back To The Events Of DESCENDER