Did you get your copy?

Review: An Old Foe Back from the Grave in DETECTIVE COMICS ANNUAL #2

What’s the Caped Crusader to do when one of his earliest foes returns from the dead? Detective Comics Annual #2 reopens a chapter Bruce thought he’d closed long ago within his Black Casebook.

Batman discovers that Gotham’s former lethal enforcer, The Reaper, is now stalking the cities of Europe. Fortunately, Bruce Wayne has a convenient cover story to allow Batman to head for Greece and investigate The Reaper’s apparent return.

Tomasi delivers a well-constructed story in Detective Comics Annual #2. It’s a compelling narrative that keeps the reader’s interest throughout. It’s open-ended, and there’s no immediate resolution here. However, it lays the groundwork for future chapters to continue the story, which is an optimal role for an annual issue to play in a long-running narrative.

One of Tomasi’s strengths is writing sharp, witty dialogue. We see that reflected in the banter between Bruce and Alfred, which some writers tend to treat as disposable or best for throwaway jokes. Here, though, their interactions are lively and entertaining. Tomasi’s mentioned in past interviews that one of his goals is to explore the more human side of Batman. And, while showcasing Bruce’s failings is certainly part of that, showcasing the character’s wit and sense of humor is just as important.

There is a two-page info dump in which Tomasi relays key points in Bruce’s history with the Reaper (as illustrated in the 1987 story Batman: Year Two). Even this recap is fairly concise, though, and with Travis Moore’s formidable illustrations, it doesn’t slow the book’s momentum. Detective Comics Annual #2 delivers well-paced storytelling, and primes readers’ anticipation for when Tomasi picks up this story thread again. 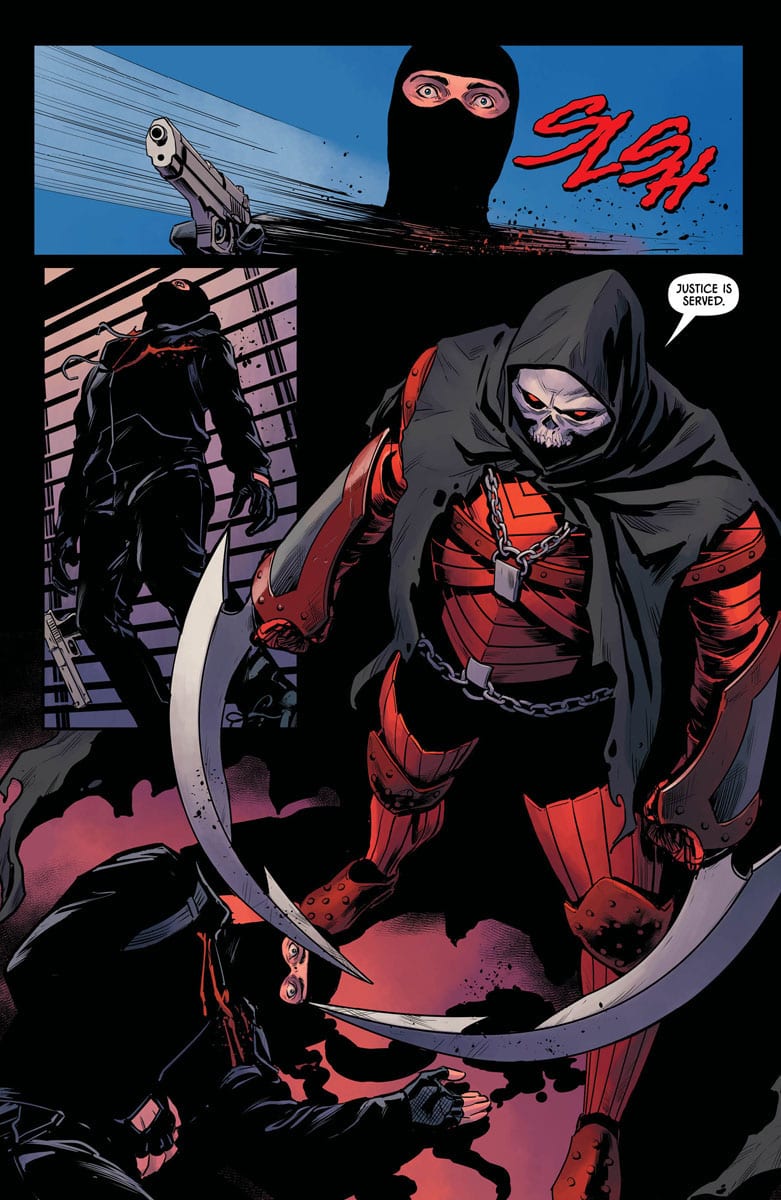 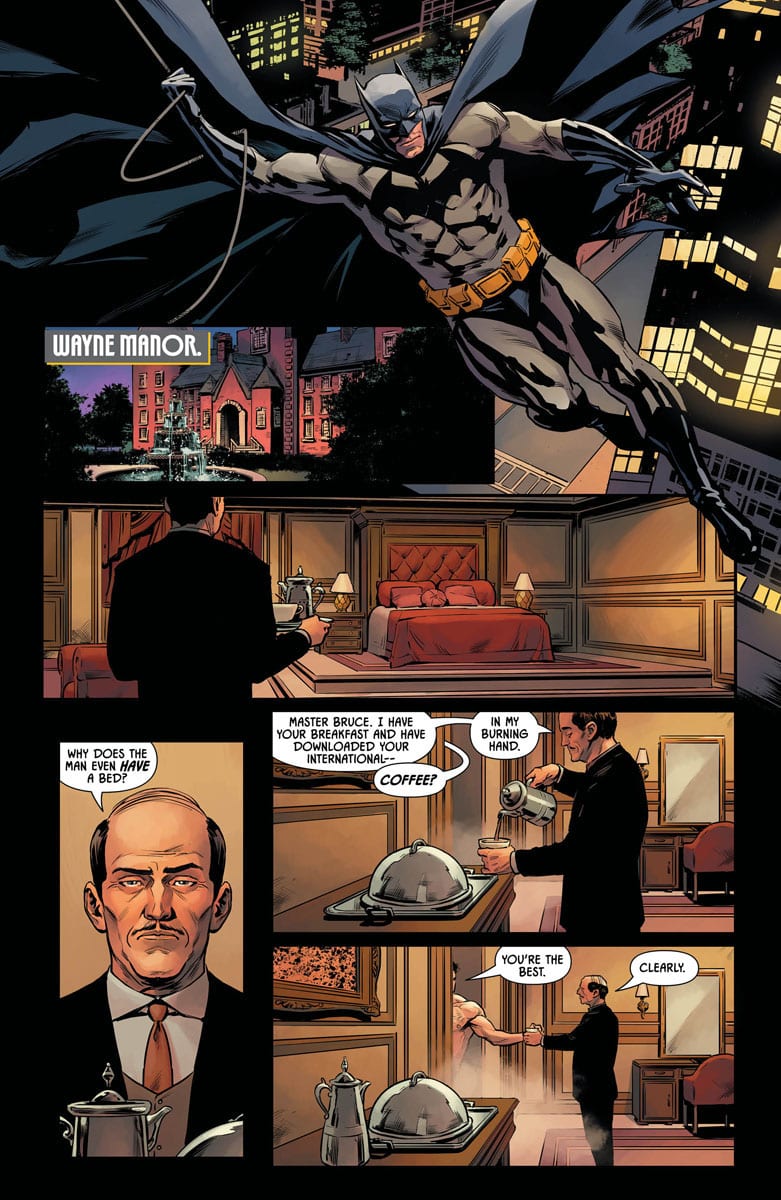 Moore’s artwork in this issue is meat-and-potatoes. The designs and style are not exceptionally unique, but they feel very lively, and work well alongside the serious, yet humorous storytelling. Characters’ faces tend to be illustrated with closed mouths, but he conveys emotion effectively through subtle brow furrows and poses.

Moore’s eye for detail is on display in Detective Comics Annual #2. Plants in the backgrounds and bottles on shelves are illustrated with individual, painstaking detail. Panels flow well from one to the next, never giving the reader’s eye license to wander from the current image.

Colorists Tamra Bonvillain and Nick Filardi employ a similar effect for the colors in the book. The colors hue toward a realistic reflection, but they’re richly detailed. The art team collectively showcase their skills here.

Detective Comics Annual #2 is a diversion from Tomasi’s ongoing story in the main Detective Comics continuity, but it’s a very enjoyable one. Definitely worth picking up.

- Advertisement -
559
Find out how to get the
Monkeys Fighting Robots magazine!

With comic book shipping now on the way back to normal, DC Comics has released a preview of Batman #93 by writer James Tynion...
Read more
Comic Book Reviews

Review: Allen and Thawne Team Up in THE FLASH #754

The Flash Teams Up with his Greatest Foe! The Flash Age has been more destructive than ever expected. While Paradox has begun his journey through...
Read more
Comic Book Reviews

Review: THE BUTCHER OF PARIS #5: At Long Last, Justice

Review: FRANKENSTEIN UNDONE #2 Moves Faster Than It Should