Last month’s Action Comics #1007 kicked off the “Leviathan Rises” story, which is setting the stage for the DC event Leviathan Rising. This event is meant to bring on a monumental shift for Superman, as well as for other heroes and organizations within the DC Universe. Before the Leviathan Rising event begins in May, Bendis is setting the stage in the next few issues of Action Comics. He does so by putting main players Clark Kent/Superman, Lois Lane and Jimmy Olsen, as well as special guests Amanda Waller, General Sam Lane and Adam Strange, in the middle of a (literally) explosive conspiracy. They each witnessed a “blue blob of light” destroy buildings that housed various familiar organizations. This most recent issue of Action Comics sees their paths begin to converge. And it’s… alright.

The superstar creative team of writer Brian Michael Bendis and artist Steve Epting dig into the DC Universe in this sweeping espionage epic that’s shattering the agencies-and heroes-dedicated to protecting the world! As the D.E.O. falls, only Jimmy Olsen may hold the answers to helping Superman and Lois Lane uncover who’s behind the attacks rocking the DC Universe’s biggest clandestine organizations. And when the Suicide Squad’s Amanda Waller makes a shocking discovery, can she help the trio understand the truth before the balance of power shifts to Leviathan forever? 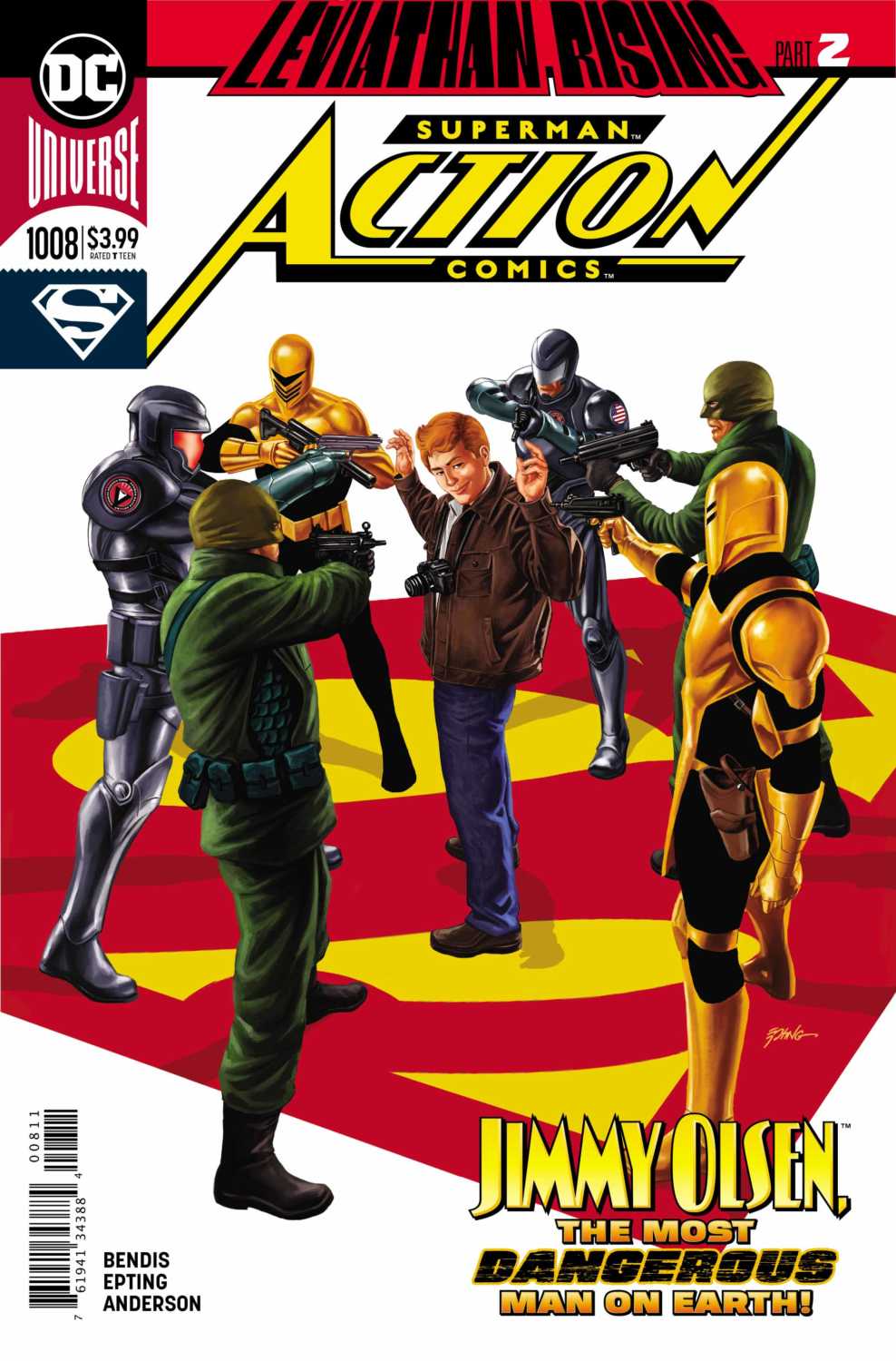 This issue isn’t all that exciting. Writer Brian Michael Bendis is maneuvering some interesting characters together to take on this Leviathan, including one that is hinted at on the final page of this issue. You won’t find any big action sequences. No earth-shattering revelations. But it’s not supposed to be that kind of issue. It’s part two of the story that’s setting up THE story. It’s a solid push forward.

Bendis continues to deliver dialogue that is rich with wit and charm. It particularly shines in an exchange between Superman and Lois, and then shortly after with Clark, Lois, and Jimmy. I almost wish that Bendis would use one of his Superman series for single-issue stories filled with his signature dialogue, and use the other for his big, tent pole concepts. 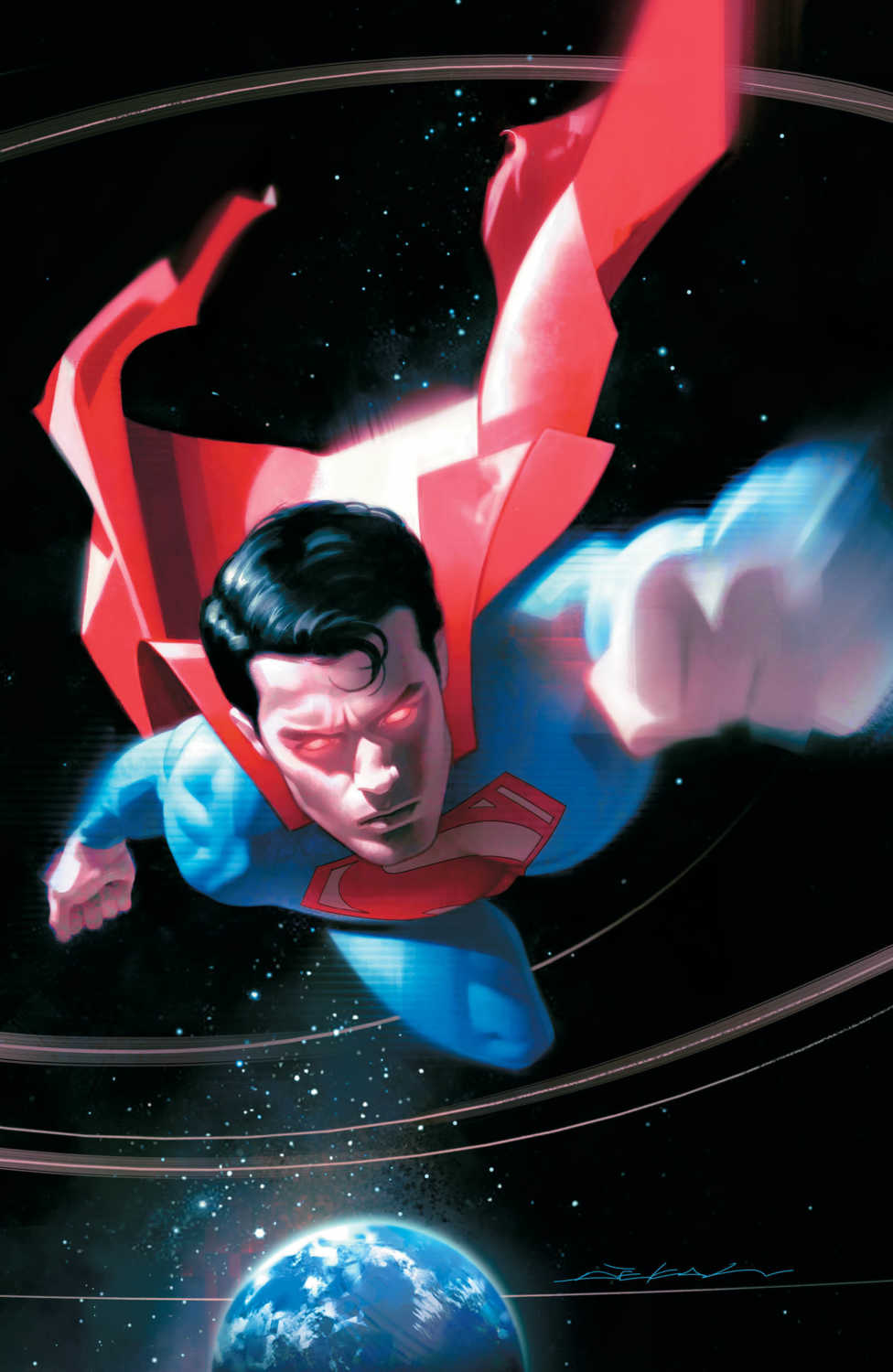 Steve Epting continues to bring Bendis’s words to life with wonderful artwork. Epting does admirable work with the characters’ facial expressions. The action pieces are worth noting as well, but Epting, much like his writing counterpart, excels with his characterization.

Action Comics #1008 can easily be described as underwhelming, but that is only because it is setting the stage for what is hopefully going to be an exciting event series. Come for the charming dialogue, stay for the bigger picture.

What did you think of the rise of Leviathan in ACTION COMICS #1008? Let us know in the comments below!

- Advertisement -
1122
Find out how to get the
Monkeys Fighting Robots magazine!

Just in time for the changing of the seasons and just shy of Halloween, acclaimed novelist Daniel Kraus (The Shape of Water, Trollhunters) and...
Read more
Comic Book Reviews

Released by Marvel Comics on September 23, X of Swords - Creation #1 kicks off the next big X-Men event that the X-titles have been setting...
Read more
IDW

Sonic The Hedgehog #32 from IDW Publishing is out this week and marks the end of Ian Flynn’s run as writer for the series....
Read more