The resurrection protocols are stirring up some trouble

One of the biggest summer blockbusters debuts this week with Marvel’s Avengers X-Men Eternals Judgement Day #1. This book captures most of the heavy hitters in the Marvel universe in one giant tie-in. Kieron Gillen, who had been writing Eternals and is currently writing Immortal X-Men, is the architect for this event. He’s joined by Valerio Schiti on pencils, Marte Gracia on colors, and Clayton Cowles on letters.

There should be some pressure on Kieron Gillen while writing this event. Gillen has the responsibility of handling many of Marvel’s most beloved comic book characters. The good news is that Gillen pulls off this issue without any hiccups. One of the biggest strengths in this book is its characterization. As Gillen sets up all his major players, we are able to see the voice that he gives them. Cyclops and Jean are being rational and reasonable. Tony Stark is being somewhat reckless (as was seen in Avengers vs. X-Men). Druig is being conniving and mischievous. Gillen sets the scene for the upcoming war flawlessly. The reasoning for the conflict also makes sense. The Eternals view mutants as Deviants that need to be dealt with. Gillen walks this line very finely. As readers we see where Druig is coming from, but we don’t agree with him or his actions. Gillen writes him as a cold villain for this issue and it works. The stakes are high, prisoners are taken and lives may be lost. This was a sizzling script from Kieron Gillen. 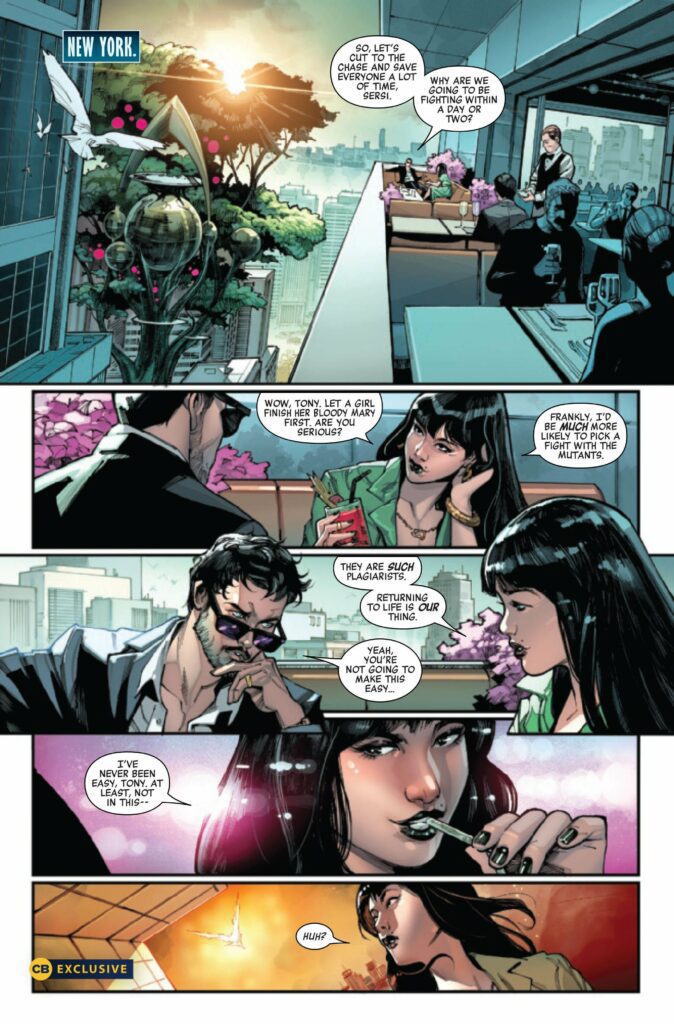 The pencils by Valerio Schiti are amazing here. The line work is smooth and really allows the reader to get a nice clear view of the action on the page. There are iconic panels in this issue. Wolverine front and center with his claws popped, or Cyclops blasting an enemy are moments that should stick with you after you’re done reading. What Schiti does so wonderfully this issue is pour his heart onto the page. Each panel is meticulously drawn and set up perfectly. You’d be hard pressed to find better pencils in any book on the shelf this week.

The colors by Marte Gracia also knock it out of the park this issue. When Cyclops unleashes an optic blast, Gracia lights up the page with a bright red that demands your attention. Gracia also gives us a safe sense of security with his colors on Krakoa. Before there is any conflict, Gracia has clear skies and gorgeous sunsets. As the conflict begins, the background gets dark. Gracia also uses a dark and dull color palette almost anytime Druig is on a page. This signifies he’s the villain of the series. Gracia’s colors compliment Schiti’s pencils and allow the art to leap off the page.

Clayton Cowles is responsible for the letters this issue. Cowles uses sound effects well in this first issue, but I would have liked to see a little more. In such an action packed book, we get a couple of “BAMFS” and one “SNIKT.” This was a dialogue heavy issue though, and I understand that Cowles probably had a lot more to focus on. Cowles is a master at using his word bubbles and not bogging down a page. In Arbor Magna, several characters are talking at the same time, Cowles has his word balloon placement out of the way of all the characters and it’s easy to read as your eyes go from balloon to balloon. 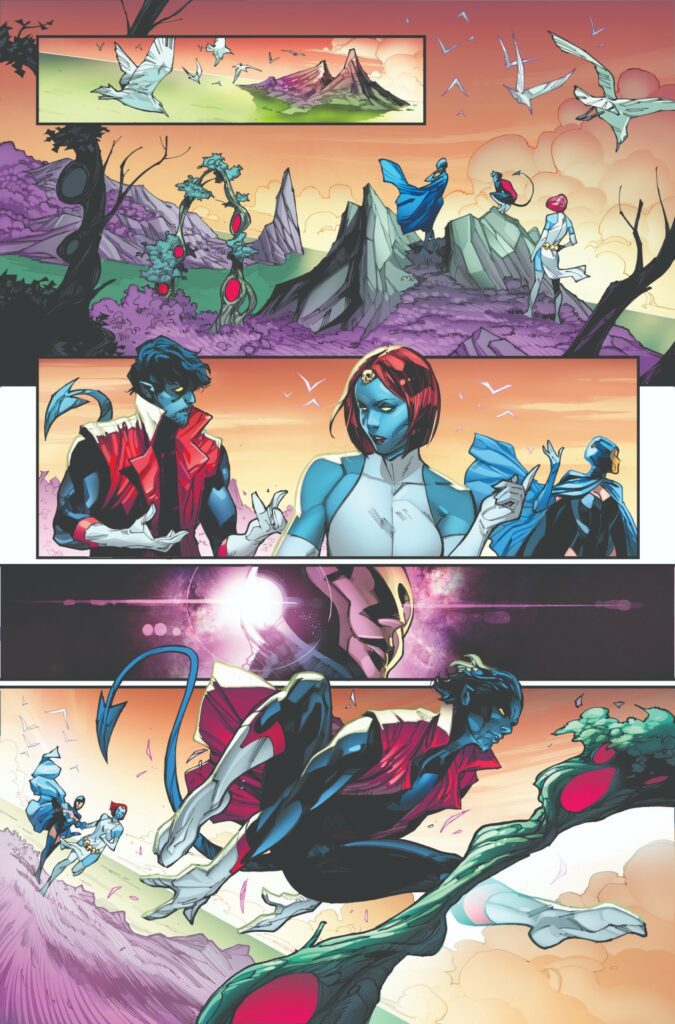 A.X.E. Judgement Day #1 is a superb first issue that takes risks and has big payoffs. Kieron Gillen not only lives up to the hype for this event, but he exceeds it. The art is superb and is accompanied by a great crew that puts everything they have into this issue. Avengers X-Men Eternals Judgement Day #1 is out at a comic shop near you!

With the battle lines drawn, the X-Men and Eternals are ready to fight.Review: A.X.E. JUDGEMENT DAY #1 Sets The Tone For A Dangerous War