Review: A Power Shift Occurs In SONIC THE HEDGEHOG #25

Sonic The Hedgehog #25 celebrates the first comic book anniversary for the new series thanks to Ian Flynn, Adam Bryce Thomas, Matt Herms, and Shawn Lee. Is this double-sized issue a true party for the readers or does it lack the makings of a proper celebration?

“A Sudden Shift.” The world has fallen to the Metal Virus. Heroes, villains, and civilians have become Zombots. There’s only one place left to hide and the few survivors—good and bad alike—find themselves up against a new threat commanding the Zombot hordes. Who will Sonic turn to for help in his most desperate hour? 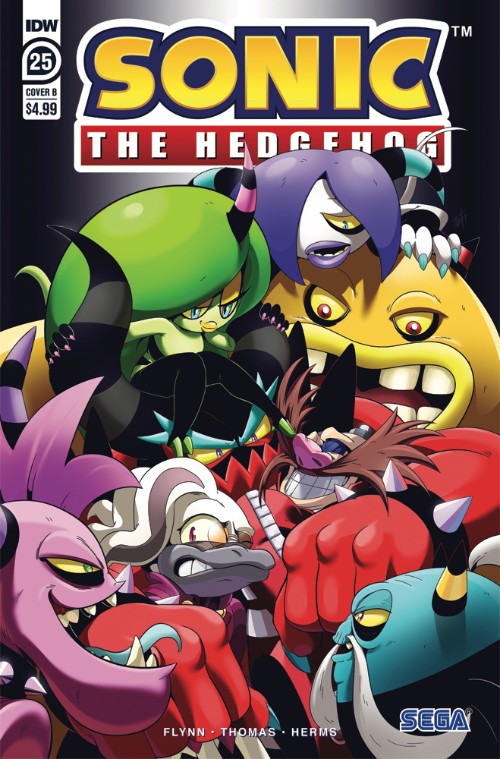 The setup from previous issues finally pays off in Sonic the Hedgehog #25. A new obstacle arrives as Dr. Starline attempts to use the abilities of the Deadly Six to take control of the Zombots. As one can expect from one villain trying to get help from another, things do not work out well. What plays out is a new plan of attack with the Deadly Six now possessing a greater threat than with their ability to command a zombie horde of robots as they see fit.

As the Deadly Six make their move, another faction is called in to help turn the tide. This new force helps to show just how much Ian Flynn is versed in the lore surrounding the franchise. The ability to use characters utilized only briefly in the games but can help move along the plot of the comic is a valuable skill to have. It showcases just how much Flynn has the story planned out. 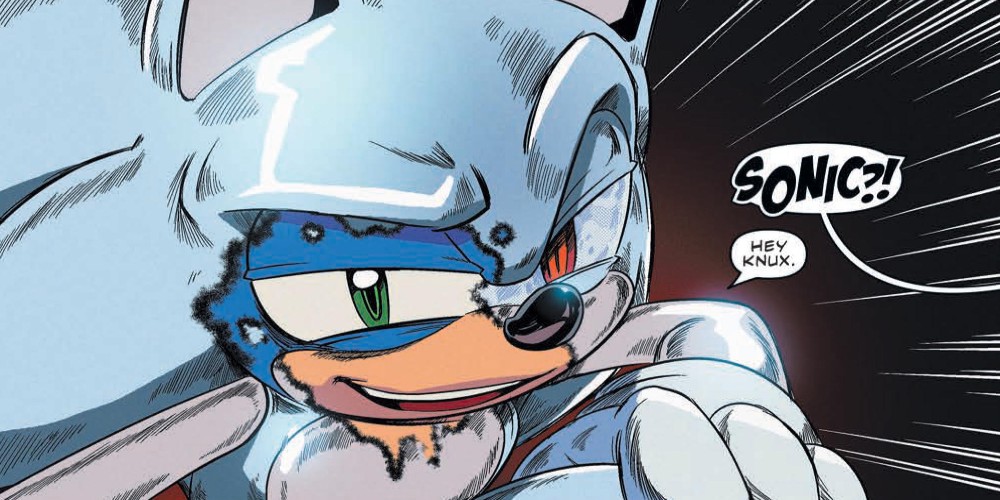 The art Adam Bryce Thomas with Matt Herms on colors is phenomenal. One particular panel stands out more than any other in the issue and it helps to perfectly encapsulate the quality the team has to offer. The panel consists of Whisper’s face, full of hurt and torment over recent events. She is carrying the burden of being unable to save her dear friend Tangle. It’s an emotional moment and comes off perfectly thanks to the attention to detail by both artists.

With Shawn Lee on lettering, the characters convey a great sense of exhaustion and brief optimism over recent events. The reader is able to tell just how tired Sonic and his team are from having to fight against the Zombots and how the idea of a new challenge is taxing. Also, the use of fewer sound effects during pivotal scenes ensures there is no distraction from the drama as it plays out. 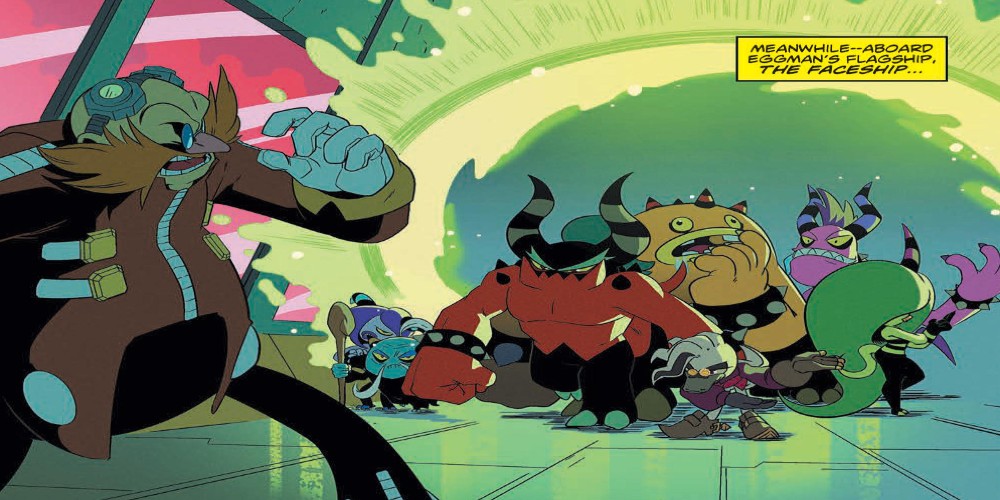 Sonic the Hedgehog #25 is another fantastic issue. The team found a way to raise the stakes of the arc and still keep the art quality at a high level. It just goes to show how Sonic The Hedgehog and the characters around him have found a good home at IDW publishing.

Celebrating 25 issues with incredible art and a plot twist. Review: A Power Shift Occurs In SONIC THE HEDGEHOG #25