Review: A MAN AMONG YE: Alternate History On The Essence Of Piracy

A Man Among Ye comes from Image Comics’ Top Cow imprint, with a trade releasing on February 10. But what’s left to say about writer Stephanie Phillips and artist Craig Cermak’s little Shanty? I mean, MFR already has its name on the back cover of the trade courtesy of our own Darryl Robson. But let’s talk about how this series explores being a pirate in the best and worst ways?

A Man Among Ye: Not From History Books 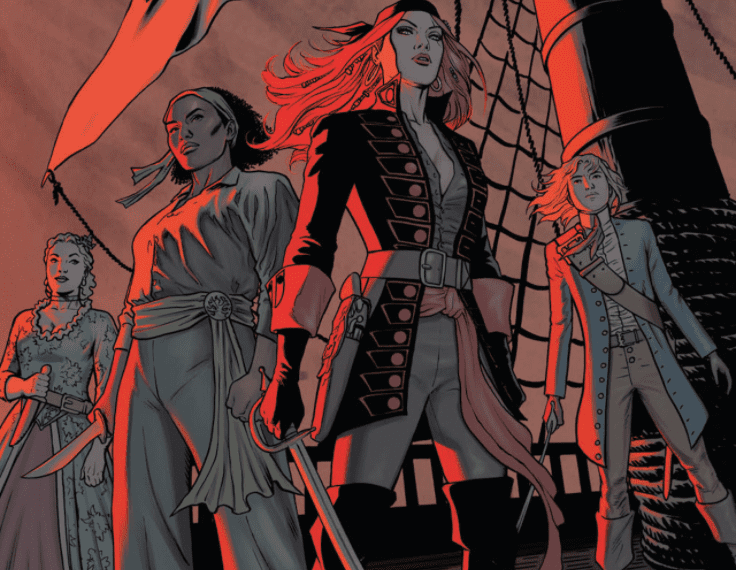 A Man Among Ye is first and foremost an alternate history about Anne Bonny and her companion Mary Read. Phillips makes this stand out by making Mary a decade younger than Anne, whereas historically Read was older than Bonny. Continuing off from one of Darryl’s other reviews, this is Phillips and Cermak’s defiance to the status quo. What better way to show piracy than by stealing the narrative and changing it to suit their needs? I’m a fan of Once Upon A Time In Hollywood and this series scratches that same itch.

Even if, narrative wise, characters who espouse to treasure freedom like Charles Vane make backstabbing deals. Then again, piracy does involve backstabbing. 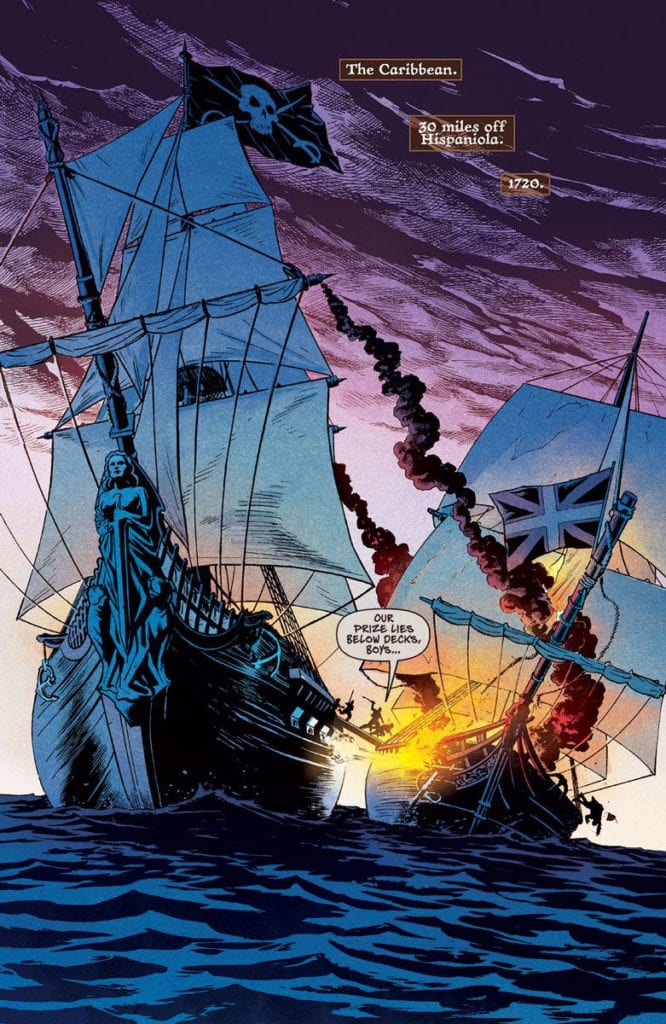 Cermak uses artistic techniques to keep the reader’s attention. Cermak, in all of his pencils and inking, evokes very sensational scenes straight out of a pulp novel. An opening involving a pirate ship and a navy ship in battle certainly makes a strong first impression. Especially when that pirate ship takes up the most space, that shows how powerful a presence the pirates are.

The coloring duties go between different artists, each with their own styles. Cermak does the first issue whose use of the color red steals the spotlight. Anne essentially epitomizes that with her red hair and her use of fire to burn a ship down.

John Kalisz gives a much more muted coloring in the other three issues, where the adventurous atmosphere becomes stunted. That is until elements of importance like the poisoning of a drink come up.

The final pages with coloring by Brittany Pezzillo is where new life springs into A Man Among Ye. Amid the flames, gunshots, everyone in the area (especially Anne) looks like they’re ready for a new chapter in their lives.

As for letterer Troy Peteri, you have to appreciate what he puts behind the words. Every word has a font rough enough for characters to actually talk like pirates. The SFX are just as wild, each crafted for a specific purpose like gunshots from different guns or splashing water. All of this is presented in a way that makes the actions louder.

Can A Man Among Ye Talk Like A Pirate?

A Man Among Ye does what it wants, when it wants, because that’s what pirates do. People are more than guaranteed to have a good time reading it.

A Man Among Ye follows its own rules of conflict and depictions, and its all the better for it.Review: A MAN AMONG YE: Alternate History On The Essence Of Piracy