Review: A Breech Into Another Dimension Erupts In BATTLEPUG #4

Moll, the Kinmundian’s companion and on-again/off-again love interest, has been having visions of a dimensional break in reality for four issues now. In them she sees flashes of light and an overwhelming presence seek to draw the Kinmundian into its clutches. Unfortunately, these visions have become reality in BATTLEPUG #4 when the Kinmundian attempts to prevent the Queen of the Northland Elves from accessing a realm of magical power far beyond comprehension.

Readers will find the stakes higher than ever when BATTLEPUG #4 hits comic book stores on Wednesday, December 11th.

Knowing nothing of Moll’s visions of destruction, the Kinmundian fights on in the Northland caves in search of the Queen and his recently stolen Sniffles. But the mayhem of battle ultimately gets to the warrior, leaving him at the mercy of a cave of a Yeti-like creature named Juan Diego. Wasting no time, the Kinmundian musters up enough strength to overpower Diego, obtaining vital information about a “magic doorway” in the process. 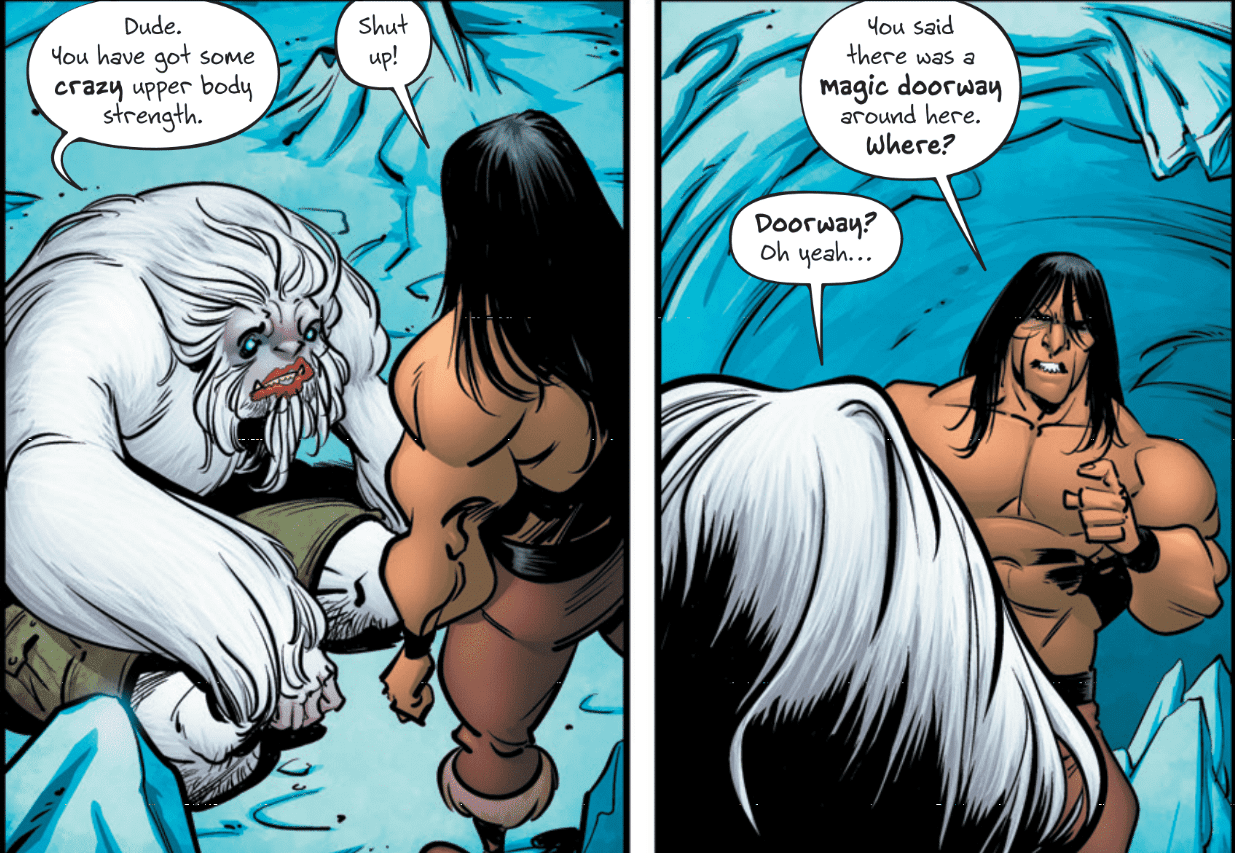 It is here where readers will undoubtedly see the pieces of the puzzle fall into place. The Queen’s deal with the giant wasn’t for the sole purpose of stripping the Kinmundian of his beloved pet—it was a barter to gain access to the magical realm from whence he came. 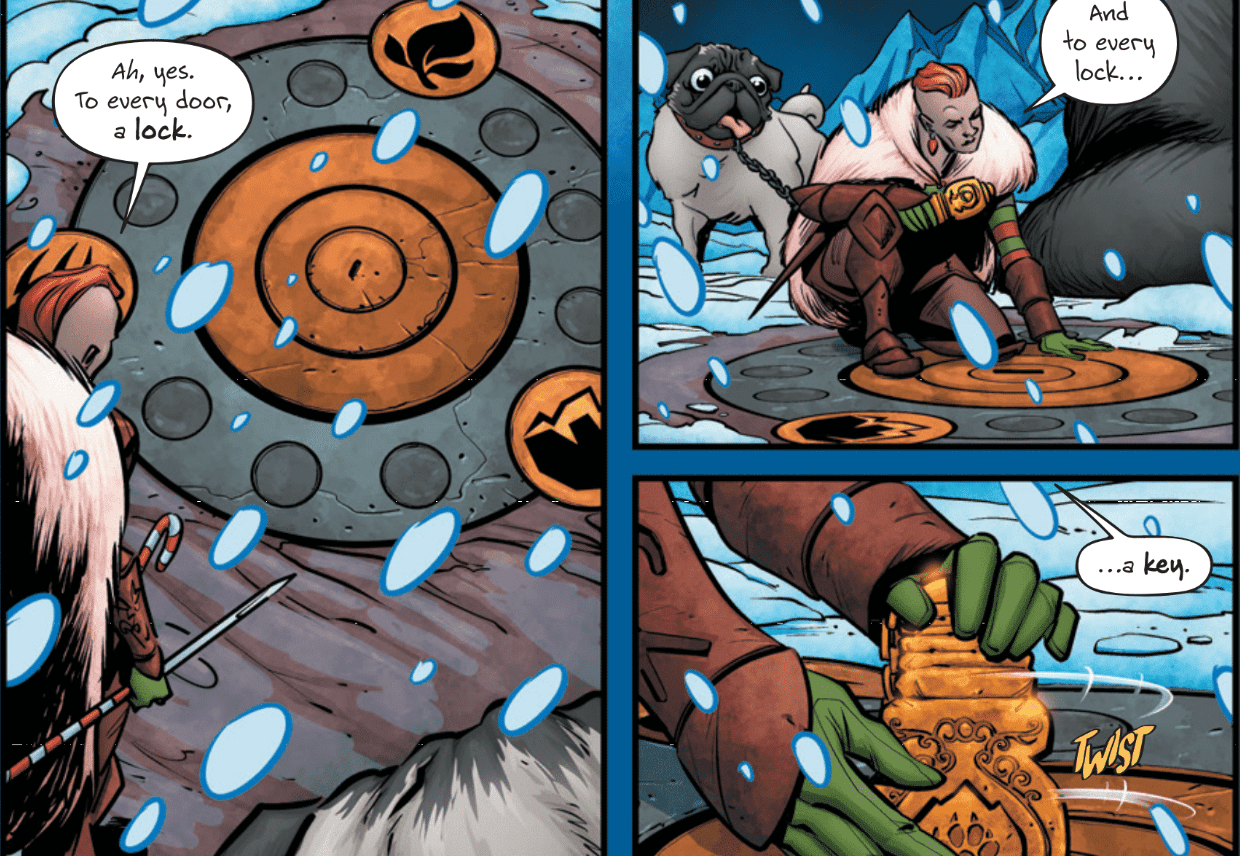 Mike Norton’s writing over the past few issues has been leading up to this climatic event, and in this issue the plot is more intense than ever. He shows he’s able to introduce these world-altering events into the story while retaining the same zany tone that made us fall in love with this series.

Norton, Allen Passalaqua, and CRANK!’s artwork in BATTLEPUG #4 reflects the increasingly high stakes found within the story. The mix of snow covered landscapes, otherworldly energy pulses from the dimensional breech, and the blood covered ground shows just how much has happened over the course of a few issues. And the lettering is a fitting piece; the onomatopoeia letters seem to break out of dialogue balloons and wrap around the characters, emphasizing their impact.

The book’s main cover features artwork from Norton depicts Sprinkles in front of this breech, bearing witness to his possible involvement with the climatic events to come.

Declan Shalvey’s art for Cover B shows the Kinmundian riding Sprinkles as in issues past. This shows us the dynamic duo in their prime, and increases readers’ longing for the two reunion.

BATTLEPUG #4 brings all our favorite characters together in an epic event that’s sure to set the tone for issues to come. Readers are ready to learn more about this new dimension, and the creative team is ready to reveal it.

Do you think the Kinmundian will reunite with Sprinkles? Let us know in the comments below!

Review: A Breech Into Another Dimension Erupts In BATTLEPUG #4Moll, the Kinmundian's companion and on-again/off-again love interest, has been having visions of a dimensional break in reality for four issues now. In them she sees flashes of light and an overwhelming presence seek to draw the Kinmundian into its clutches. Unfortunately, these visions...