Fans packed the main theater at the Orlando Convention Center on Friday, filling the room to near-capacity for a special Q&A session with David Tennant, one of the most revered actors in fandom.

Tennant is probably best known for his role as the Tenth Doctor in Seasons 2-4 of the revived Doctor Who. However, he’s made appearances in the Marvel’s Jessica Jones, the Harry Potter film franchise, the 2017 Ducktales reboot, and much more.

Billie Piper (Rose from Seasons 1 and 2 of Doctor Who) was also scheduled to appear. Unfortunately, as Tennant addressed, she was unable to make it at the last minute, citing “an unexected job situation.” Tennant read a message to fans from Piper, apologizing for the absence. “I’ll see you soon and I’ll make it up to you, I promise,” Piper’s note insisted. “Kisses, peace, light, happiness, love always, Bille Rose Bad Wolf…and then a little emoji of a wolf.”

Tennant, of course, was plenty capable of taking on questions alone from members of the numerous fandoms he’s tapped into. During the 45-minute discussion, the actor commented on whether he’d ever return to Doctor Who, nerd culture’s mainstream appeal, and his fondness for a particular pair of leather pants.

While he avoided offering a yes or no, Tennant said he would be open to the idea of a multi-Doctor crossover episode, smiliar to The Five Doctors special from the classic series. While there’s no plans for an event at the moment Tennant says he “wouldn’t rule it out.” It could be a cagey way to dodge fans’ suspisions. However, Tennant seemed just as in the dark about the Tenth Doctor’s future as did his fans. So, like the actor himself, it’s probably best not to count on any major crossovers anytime soon.

Another fan asked about the increasing mainstream visibility of properties and genres that, just a few years ago, might have been considered only of interest to specific fandoms or subsets. “I love that so much,” he answered, suggesting that the mainstream embrace of everything from Doctor Who to Doctor Strange is a very positive development. Tennant points out that, as a young fan of Doctor Who, Marvel Comics, and other “nerd” properties, he would have loved for nerd culture to be more visible and accepted.

Perhaps the most off-the-wall question referenced Tennant’s role in 2011’s Fright Night remake. Specifically, the current whereabouts of the skin-tight leather pants the actor wore in the movie. “[The pants where] supple…supple leather,” Tennant joked. “Not a lot of air getting through.” Still, he did give the pants a positive review, describing them as “comfortable.” 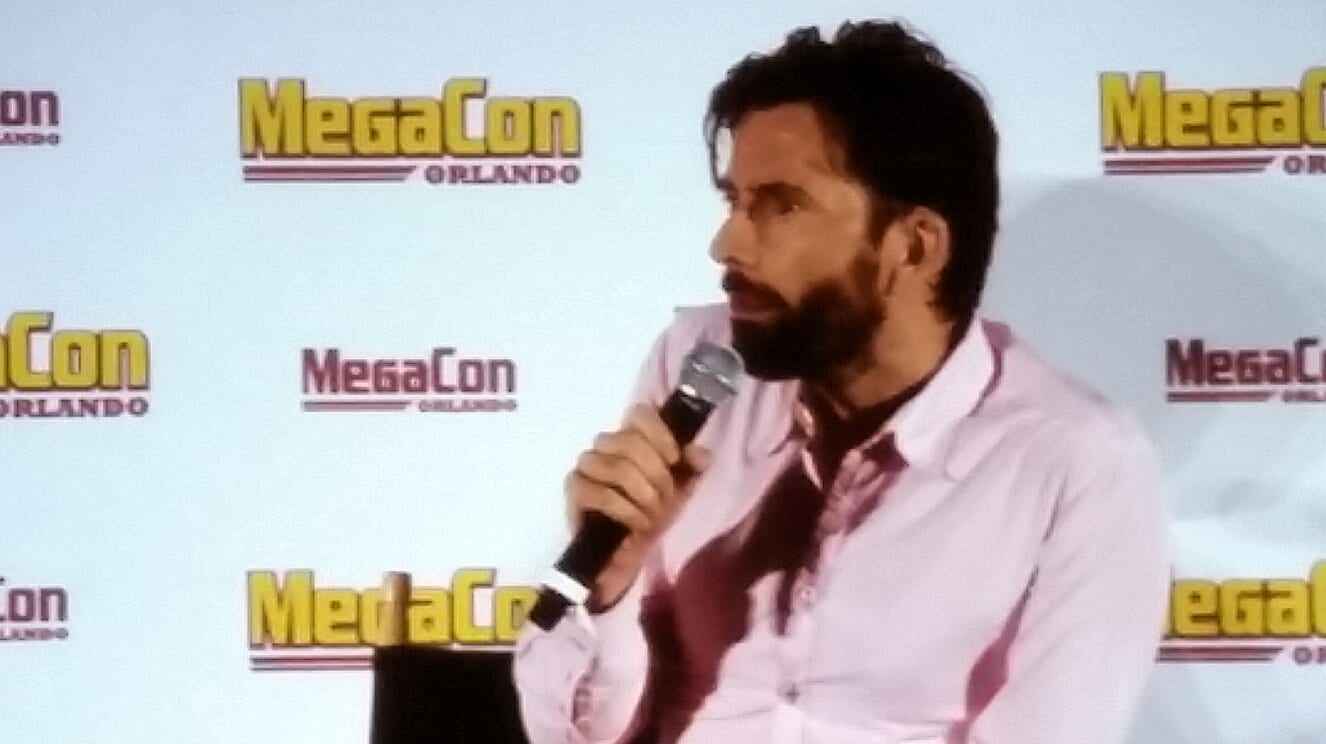 – David Tennant, after being described by a fan as a “multimedia actor”