What started with Marvel’s ResurreXion of the X-Men comics, and continues now with Marvel Legacy, is a major course correction for our beloved mutant heroes. Writer Marc Guggenheim has been one of the voices leading the charge on X-Men Gold.

Returning to the glory days of X-Men comics is about more than just bringing characters back and putting them in familiar costumes. It’s more than just publicity and publishing stunts to try and fix the sales numbers, of a once dominant line of comics, for the time being. It’s about reinstalling an atmosphere and focus into an entire line of comic books, refocusing the brand and getting back to its roots. 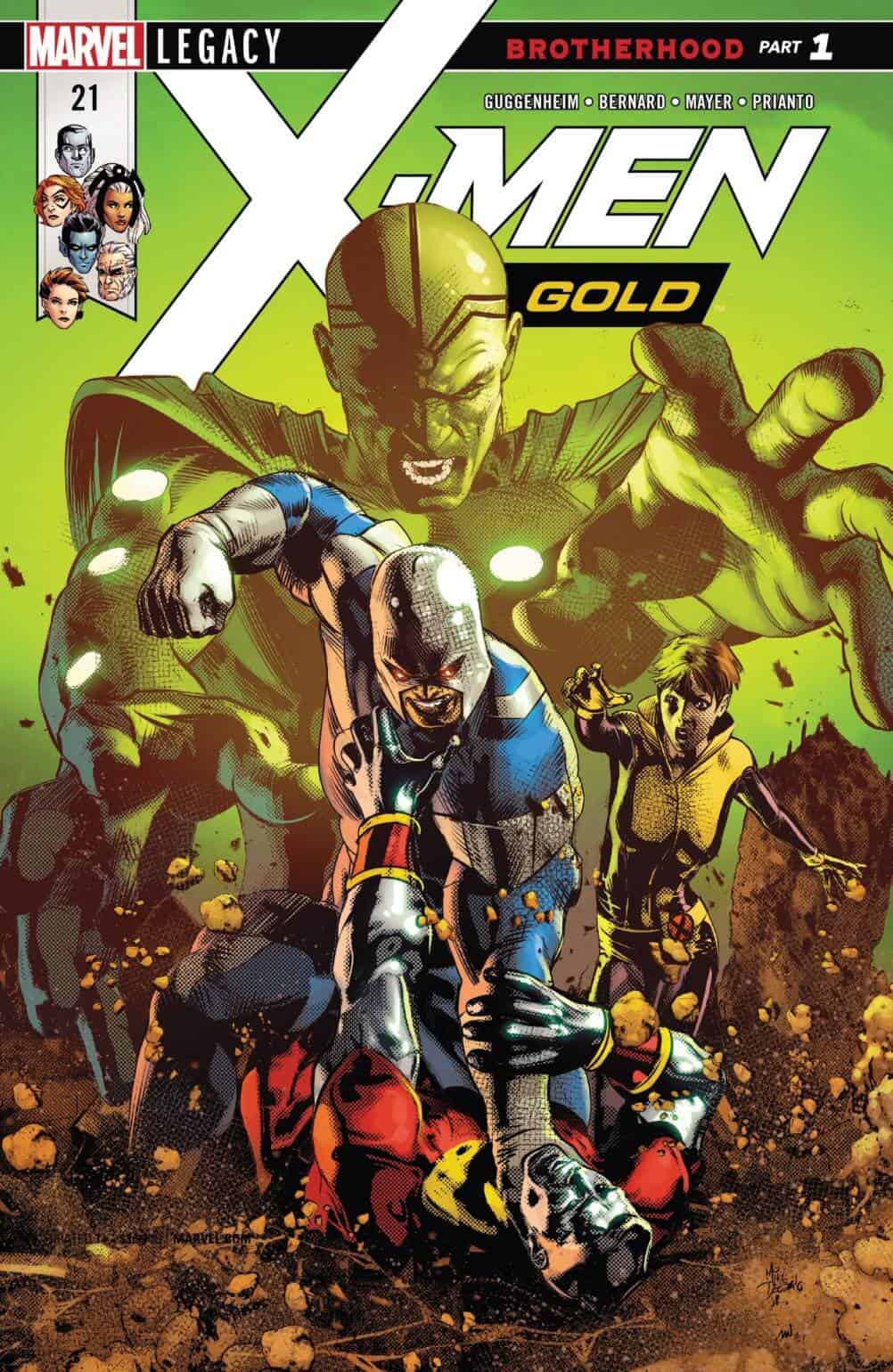 X-Men comics are trading in the dark and gloomy days of mutants being scarce, fighting for the survival of their species, for an examination of the now healthy mutant population. We’re getting back to mutants with different points of view clashing over social issues and ideology. We’re also seeing those mutant versus mutant conflicts being feared and exploited by regular humans in the form of politicians and military again.

We’re seeing mutants from all different angles as well, not just trying to survive. We’ve seen the X-Gene carriers as sideshows, activists, terrorists, teachers, students, warriors, politicians, entertainers, explorers, terrified kids, etc. The more of spectrum and reach these characters have, the grander their world seems. This not only makes X-Men comics more diverse and approachable, but the entire Marvel 616 universe. Mutants should never be contained to just X-Men stories. 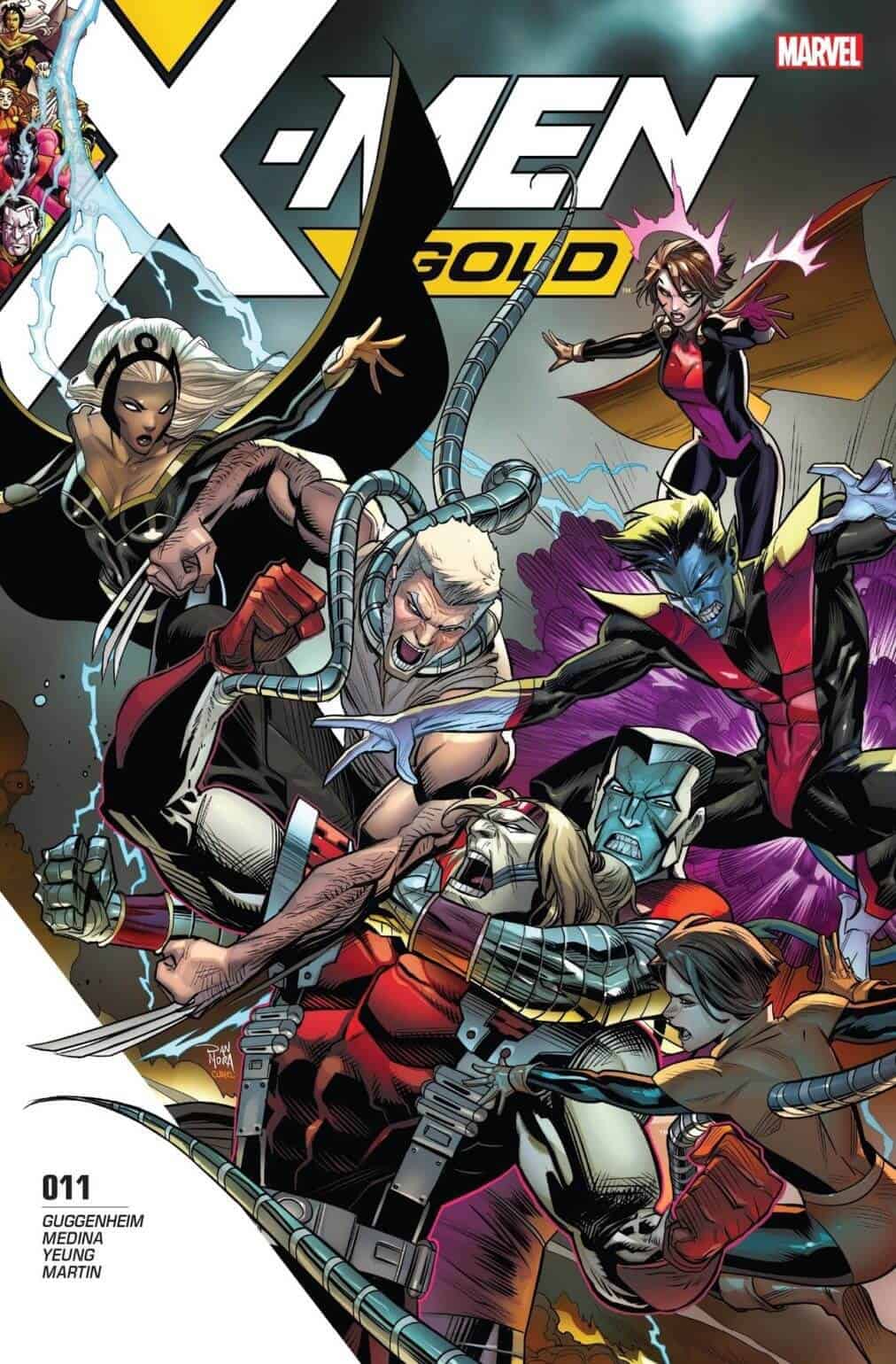 Marc Guggenheim has injected a healthy dose of soap opera drama as well. There’s been a lot more emphasis on romantic relationships again. For the most part, it hasn’t been overbearing and ends up being a strength. That goes along with the beating heart that fans can find within these pages again.

Guggenheim is also playing with dastardly subplots developing slowly in the background. This used to be a crucial device in comic book storytelling, it’s harder to get away with today while not knowing how long your series is going to last. Giving the reader little tiny crumbs that’ll eventually lead to major plot points further down the line, it makes for a satisfying reading experience for anyone following along.

The recent “Negative Zone War” arc saw the Gold team go off-world. Some of the greatest X-Men stories of all-time take place in either outer space or another dimension. It’s a good sign that Guggenheim is capable and willing to explore beyond planet Earth. 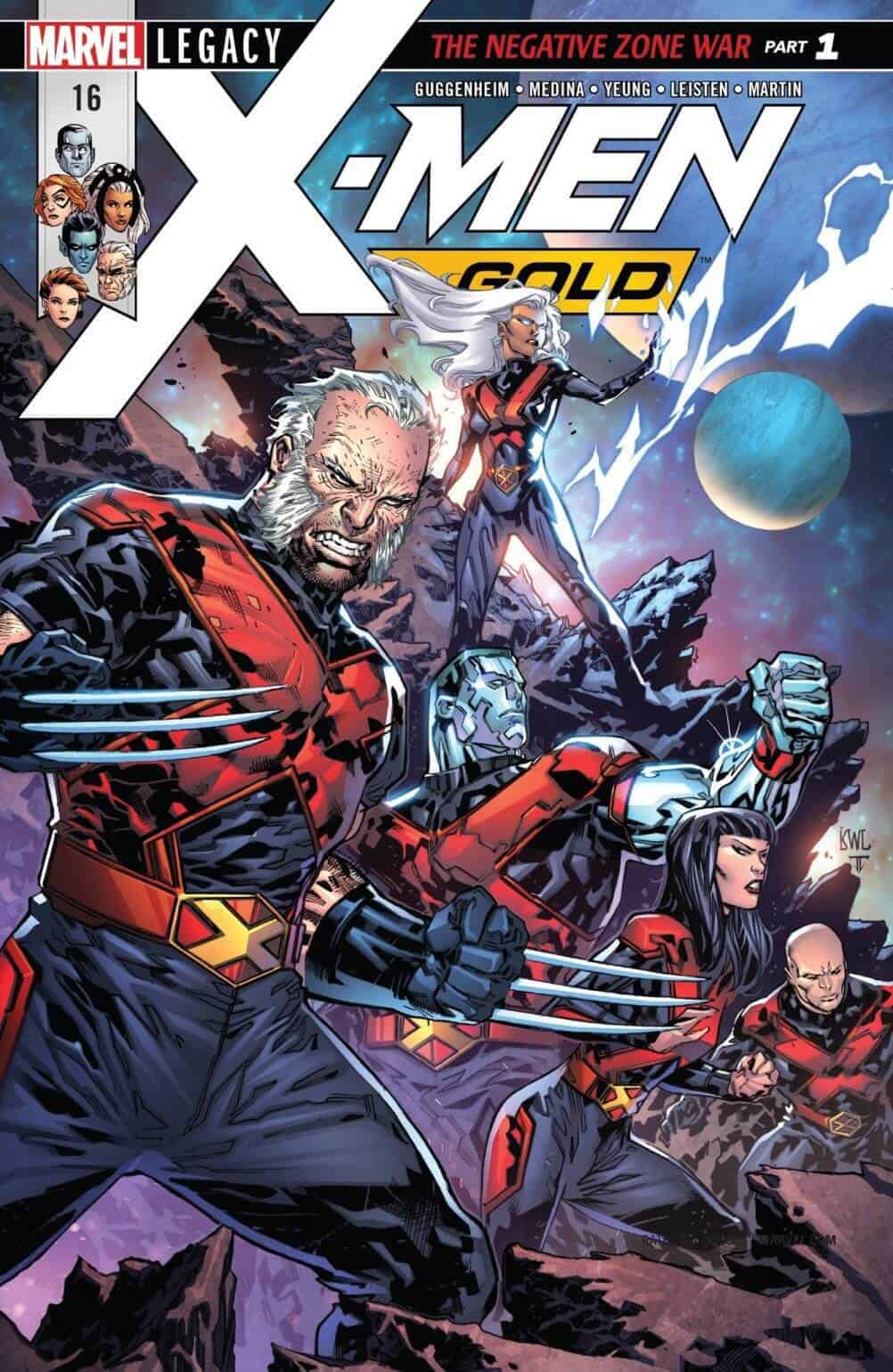 These are elements that helped make Chris Claremont’s X-Men work stand the test of time. Almost everything Claremont touched with an “X” on the cover is classic comic book history.

Guggenheim’s work is clearly a product of studying Claremont’s. It took him a few arcs to smooth out the rougher edges, and he still has a way to go in perfecting this craft, but it’s been a hell of a lot more fun to read than pre-ResurreXion titles.

I’m not saying Guggenheim and Claremont are comparable, I’m merely suggesting that you can see Guggenheim is channeling the best there ever was in an effort to return X-Men comics to their former glory and it deserves appreciation.

If you’ve never read Claremont’s X-Men work and like the current slate of X-Titles, do yourself a favor and take a dive. If you’re a longtime X-Men fan who’s looking for a reason to get back into your favorite characters, now is the time.

X-Men Gold isn’t the only title carrying the torch for mutants, almost the entire line is more than pulling their weight, making the whole line of X-Men comics a healthy one. Pretty much every creative team is dipping into the past to take these characters new places, there’s just a more prominent direct line to be drawn in Guggenheim’s writing and the style of Chris Claremont.

The finale chapter of Spider-Verse hits your local comic book shop on March 4, but thanks to Marvel Comics, Monkeys Fighting Robots has a...
Read more
Comic Book Oped

The Steel Age Of Comics: Renaming And Predicting The Modern Ages

The Steel Age of Comics is a working title for the comic books that came out between 2011 and 2026. But where is this...
Read more
Comic Book Oped

Prior to the Winter of '92, comics in print were largely relegated to darkly lit comics shops or the poorly-maintained spinner rack in a...
Read more
Marvel Comics

Due to the efforts of Zeb Wells, Dylan Burnett, Mike Spicer, and VC’s Corey Petit, Ant-Man #2 continues the solo adventure for the size-changing...
Read more