LIGHTNING MARVAL #1: A Fun And Quirky Romp For Serious Times

Lightning Marval #1 is the first issue of a passion project by writer/artist/publisher Warren Montgomery shipping this week. With most other modern comics trying to be serious, this story brings out some Silver Age quirkiness. Whether you prefer digital or special order physicals, this series is great for laughs.

According to Montgomery, Lightning Marval was originally conceived as a Superman parody called Lightning Man. After the proposal was rejected by publishers, Montgomery worked as a letterer and colorist on various small titles (including Albatross Funnybooks’ Hillbilly and T Pub’s Stan Lee’s Lucky Man), but the creator always kept his idea close. After starting his own company, Will Lill Comics, Montgomery changed “Lightning Man” to “Lightning Marval” and the character debuted in the pages of Monty’s World, the publisher’s flagship anthology, where regular collaborators Ron Stewart and Luis Rivera gave the superhero a more serious look. 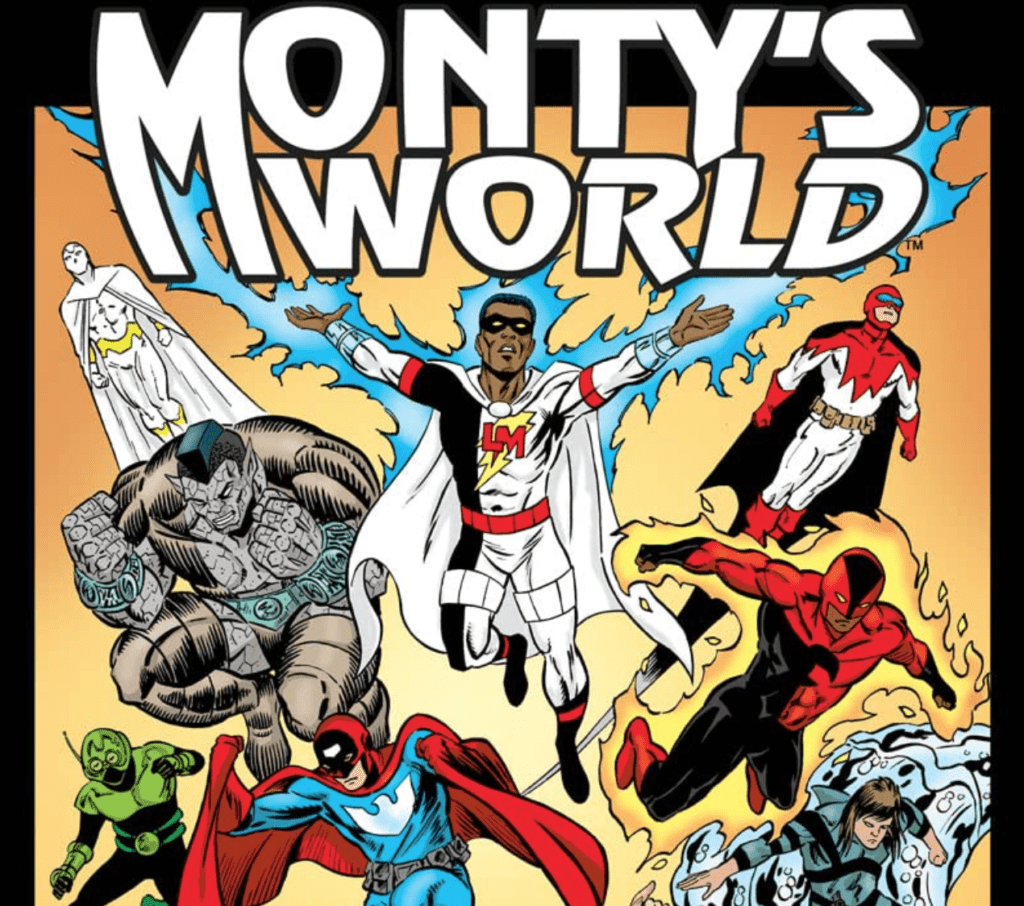 Now, Montgomery is republishing Lightning Marval in his own self-titled book, redrawing it in the cartoony style that the creator always intended.

What is Lightning Marval

Lightning Marval tells the story of Freddie Fruitt and F’rel, two people sharing the same body. In a mashing of both Superman and Shazam, their origin revolves around coming from outer space while wrapped in golden duct tape. They were later adopted by coffee corporation owners the Fruitts in the city of Portland, Oregon. Now F’rel spends his day as the superhero Lightning Marval, while Freddie spends his time as Vice President of his parents’ company. Freddie has domestic things to worry about, including his girlfriend Lisa and where his relationship with her goes. Meanwhile Lightning Marval deals with supervillains who are as absurd as they come, like Muscleman Guy.

Lightning Marval #1 plays with the more serious aspects of its debut with the art in its opening page. Everything is simple if somewhat realistic — at least until the superhero hijinks ensue, because superheroes are inherently absurd. The simple and cartoony character designs take over to put readers at ease. Even the dialogue of characters like the Muscleman Guy and odd-looking faces and semi-relaxed body language of security guards are fun to watch. These character try to be serious, but instead are genuine comic relief. Their plot relevance is to serve as one-time jokes that never get stale. 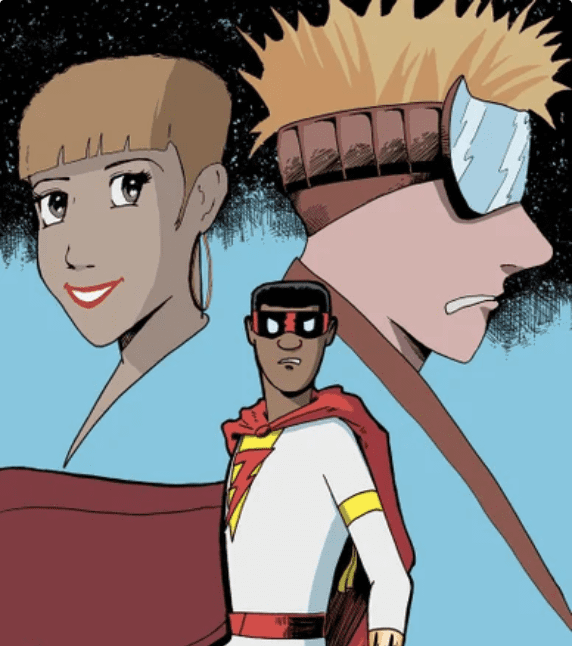 The heroes of this story never miss a beat when it comes to this tone of characterization. F’rel always feels like the most sane person in the room with his witty remarks. He’s the wisecracking hero who handles serious situations with some levity, unlike his human alter ego Freddie who tries to be serious with more authenticity than most characters. Even Freddie’s goatee and glasses try to evoke more maturity compared to F’rel’s clean shave look. Yet Fruitt is still good for a laugh through his carelessness, like when he mistakenly leaves a $1000 bill in a hurry. It’s hard not to laugh at and with everything in this comic. Especially when everything is written, drawn, lettered, and colored by Warren Montgomery. The creator’s having fun and he wants the audience to have fun with him.

Spend Some Time With Lightning Marval #1

Lightning Marval #1 is the result of a creator putting everything he loves about superhero absurdity. With a company all his own to publish it and some updates, it finally comes to life. With current events getting more serious, a good laugh in some genuinely funny situations would be great. So stayed tuned for more developments at these retailers: IndyPlanet, DriveThruComics, Amazon.

Lightning Marval #1 brings out hijinks for everybody to enjoy the funny side of superheroes.LIGHTNING MARVAL #1: A Fun And Quirky Romp For Serious Times