Leviathan is an organization that’s been apart of DC for a while. While it first started as a rebel group of Assassins lead by Talia Al Ghul, Bendis turned it into something a bit bigger. Using an old antihero as the new mysterious face of the organization, Leviathan became a dangerous spy organization that destroyed the major spy organizations of the world. Argus and the DEO were left in ruins as their leaders were imprisoned. A small group of detective superheroes quickly uncovered the plot and exposed Leviathan as former Manhunter, Mark Shaw. With his plan exposed, Leviathan retreats to do battle another day. Is that day today? 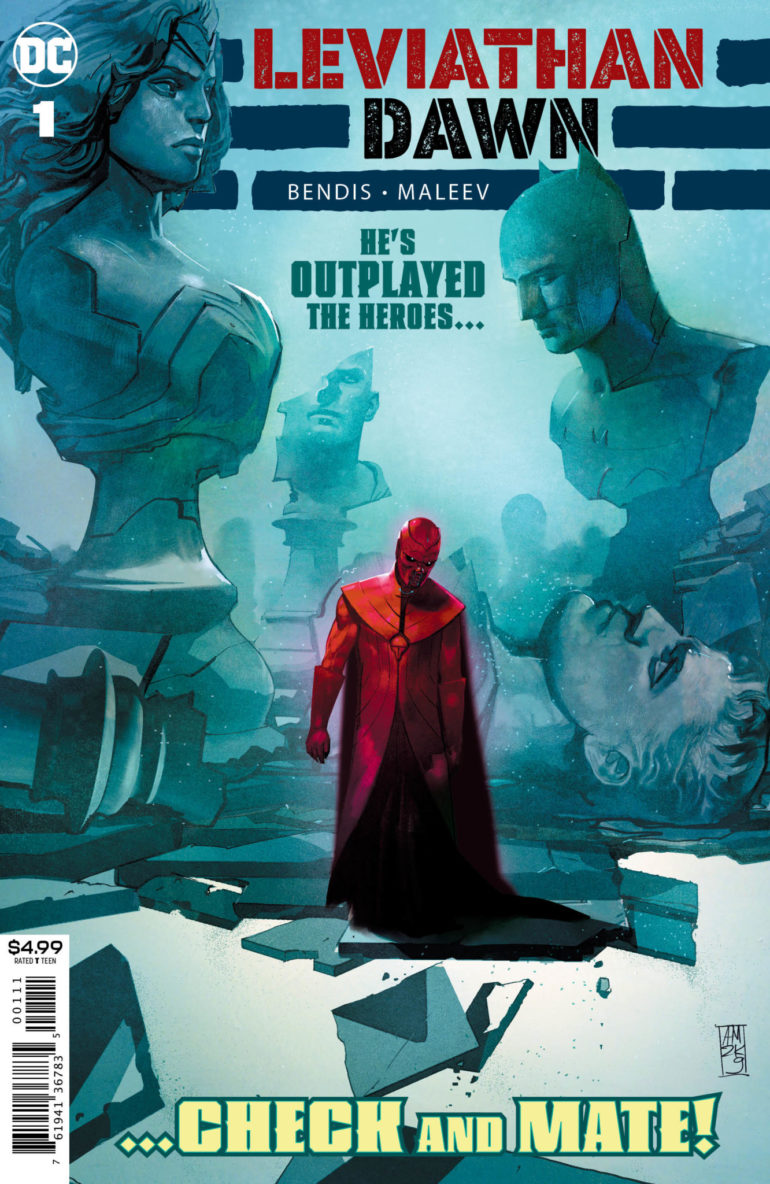 After being exposed by Lois Lane, Leviathan regroups as he prepares for his next big plan. He commands his troops to continue their work across the globe. In America, a man named Kingsley Jacob releases Steve Trevor from prison. He offers him a position in a group that will take down Leviathan, but they’ll need some help. Steve Trevor begins heading across the country and recruits people for this new spy organization. He recruits Director Bones of the DEO first before getting Green Arrow, Talia Al Ghul, Question, and Manhunter. Together the team forms into the super-spy organization, Checkmate. 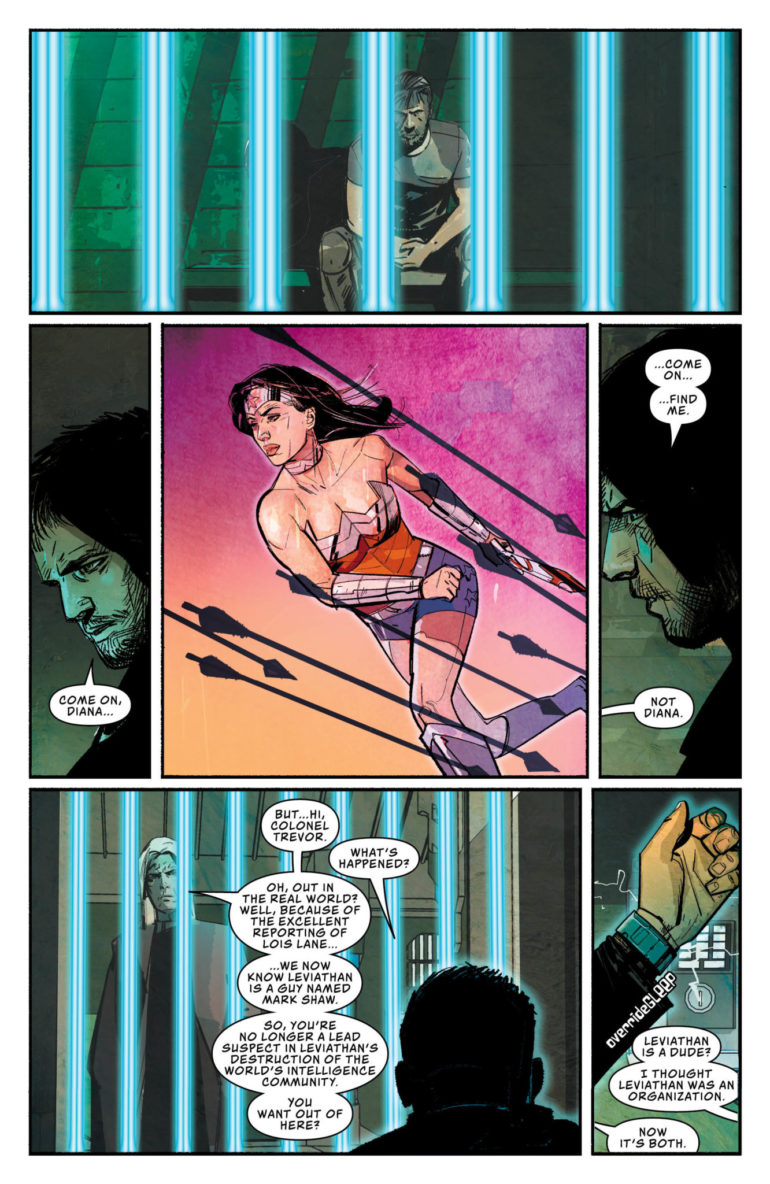 When picking up this story, I was hoping we’d get more action and spy antics to excite readers. This ended up being a slow build-up to that potential action. While it is interesting to see these organizations grow in the long run, as a single issue, it’s incredibly dull. The action sequences are very sparse, with only a page of quick punches making them up. This issue is strictly set up Checkmate to take on Leviathan.

Speaking of Checkmate, this team doesn’t make a whole lot of sense. Steve Trevor and Director Bones make sense. They have faced espionage in the past and are just out of the spotlight to go undetected. Then we have Green Arrow and Question, two who tend to work solo. They’ve obviously worked with teams in the past, but working for a secret organization seems a bit far fetched. Then we have Lois Lane, probably the most out-there of the whole group. Other than being the wife of Superman, she brings nothing to the table except her father’s last words. Honestly, this team was only made because they’re B-listers that was in the previous story. I want to be proven wrong as we move forward, but Bendis is going to need to do a lot. 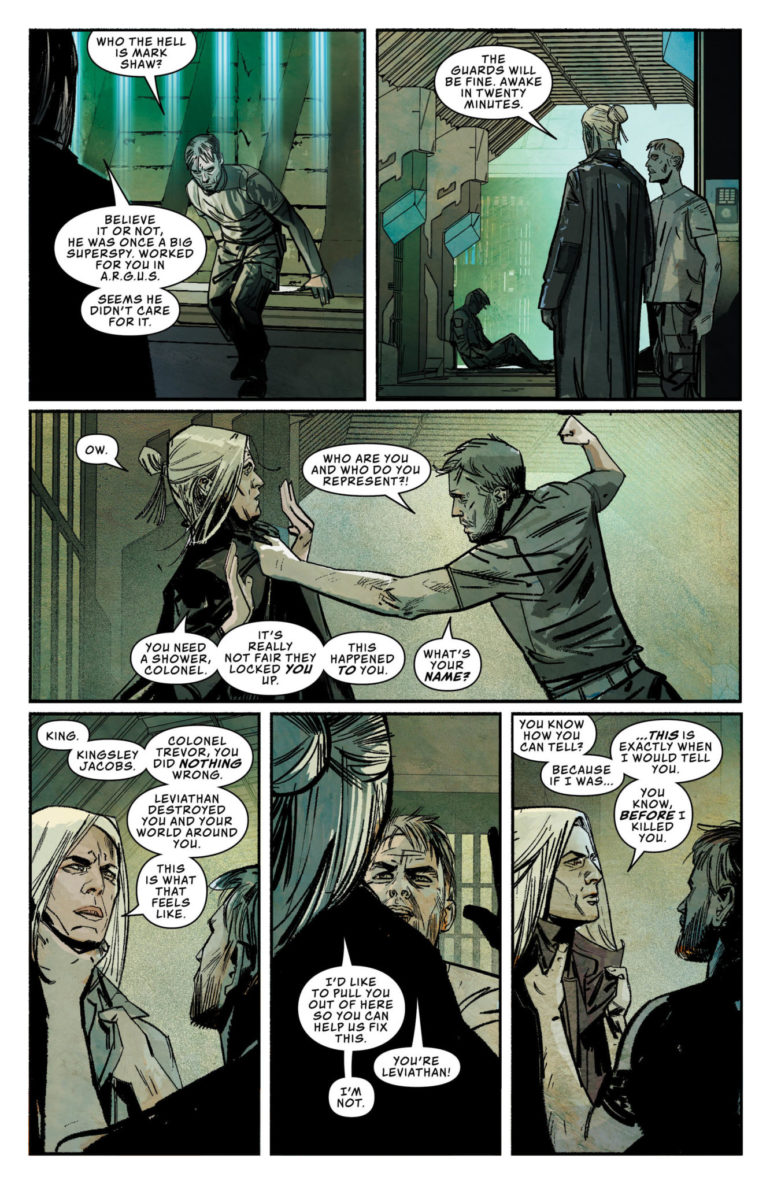 I know some enjoyed the look of Event Leviathan and will love the look of this book. This reviewer isn’t one of those people. It’s okay, and Alex Maleev does a decent job of carrying all fronts of art. It fits the story, being dark and gritty as the world of super spies tends to be. The best-looking part of the book is Leviathan, both the organization and the leader. They look like a true force to be reckoned with, and honestly, I can’t imagine them without Maleev’s style.

While there will be fans of this issue, especially those who loved Event Leviathan, those seeking a more action-packed story should look elsewhere. Unlike the previous story, there’s no great mystery for us to get invested in. Aside from the big cliffhanger at the end, most of this story is incredibly dull and a chore to get through. This is the first part of a grander story, and I hope that it’ll be more exciting. Leviathan is an interesting villain but isn’t sort of an exciting story. Here’s hoping Bendis can turn it around into something we can all get behind.

Review: LEVIATHAN DAWN #1 Continues Slow-Burn With No MysteryLeviathan Dawn continues the slow-burn style of story without the intrigue.