Kickstarter Preview: PEACEKEEPERS Is A Crime Drama Perfect For Fans Of FARGO & THE WIRE

THE PEACEKEEPERS is a new comic hitting Kickstarter October 19th, and you can read the first 11 pages right here on Monkeys Fighting Robots.

About THE PEACEKEEPERS:
All hell breaks loose in quaint a northern Michigan community when a team of in-over-their-heads bank robbers kills a beloved Sheriff’s Deputy. In a small town with BIG secrets, local detective Richard Holton races to peel back the layers of a depraved down home conspiracy before the bungling Federal Agents assigned to the case send everyone involved to ground.

THE PEACEKEEPERS is a dark, quirky crime drama in the vein of Fargo or No Country for Old Men. It’s a love letter to case-a-season police dramas like True Detective and The Wire, to Elmore Leonard novels, and to comic masterpieces like Criminal and 100 Bullets.

Check out THE PEACEKEEPERS 1 & 2 on Kickstarter here.

The campaign is funding a 64-page, perfect-bound comic which will collect the first two chapters of the story.

Grant is a screenwriter by trade, having worked on projects for JJ Abrams, Ridley Scott, Justin Lin, John Woo, Luc Besson, and F. Gary Gray, so he brings a very cinematic quality to the projects he pens. His most recent work, BANJAX for Action Lab: Danger Zone, is currently up for four Ringo Awards (including Best Series).

Read the first 11 pages of THE PEACEKEEPERS: 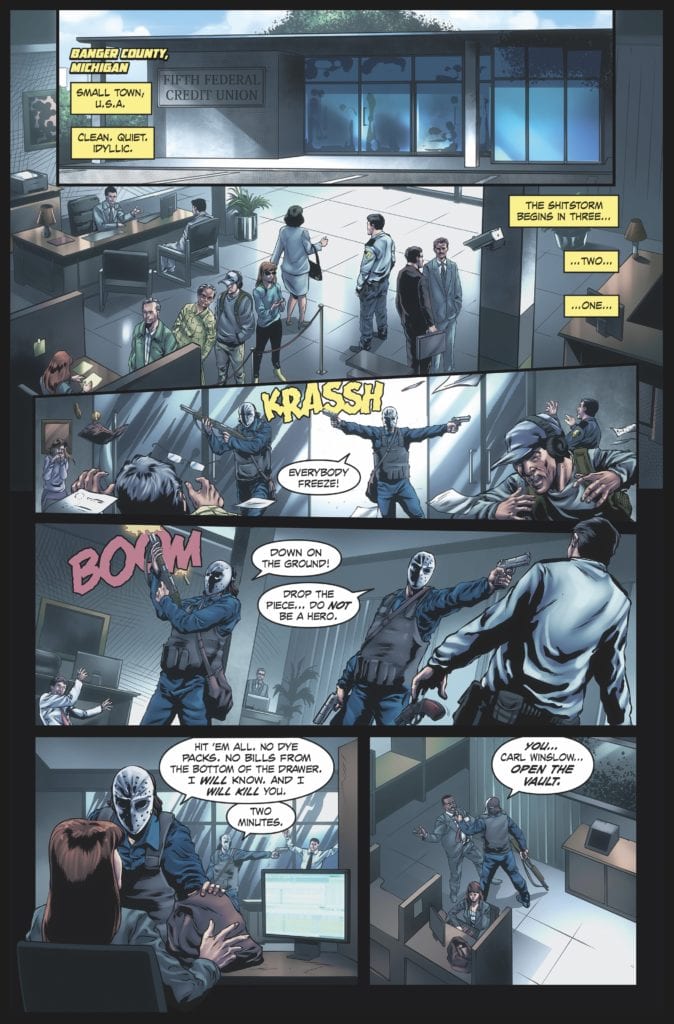 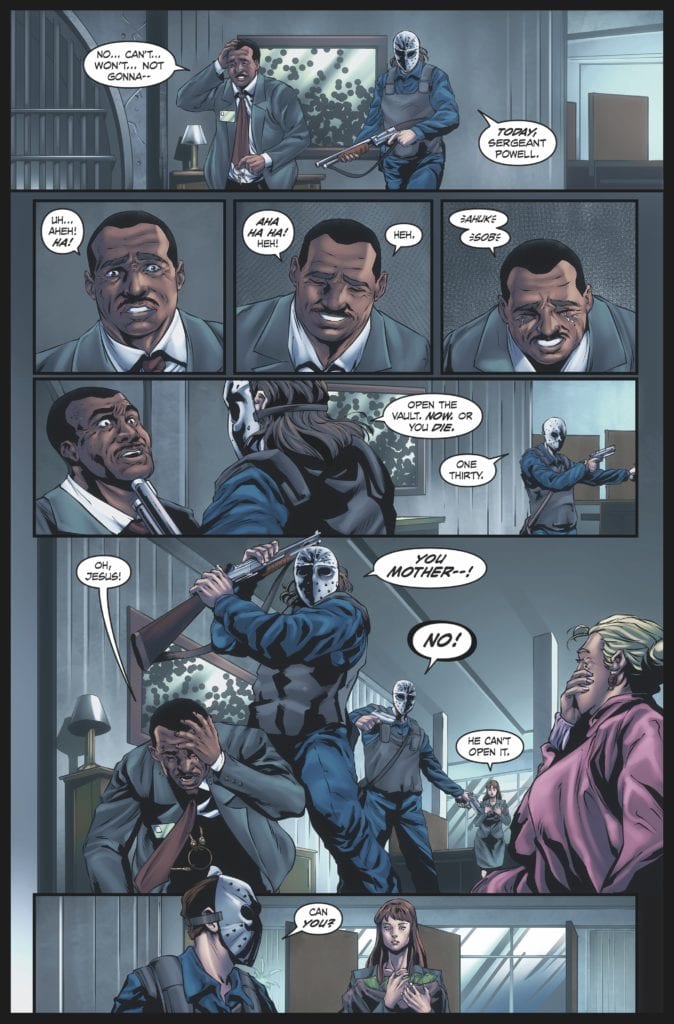 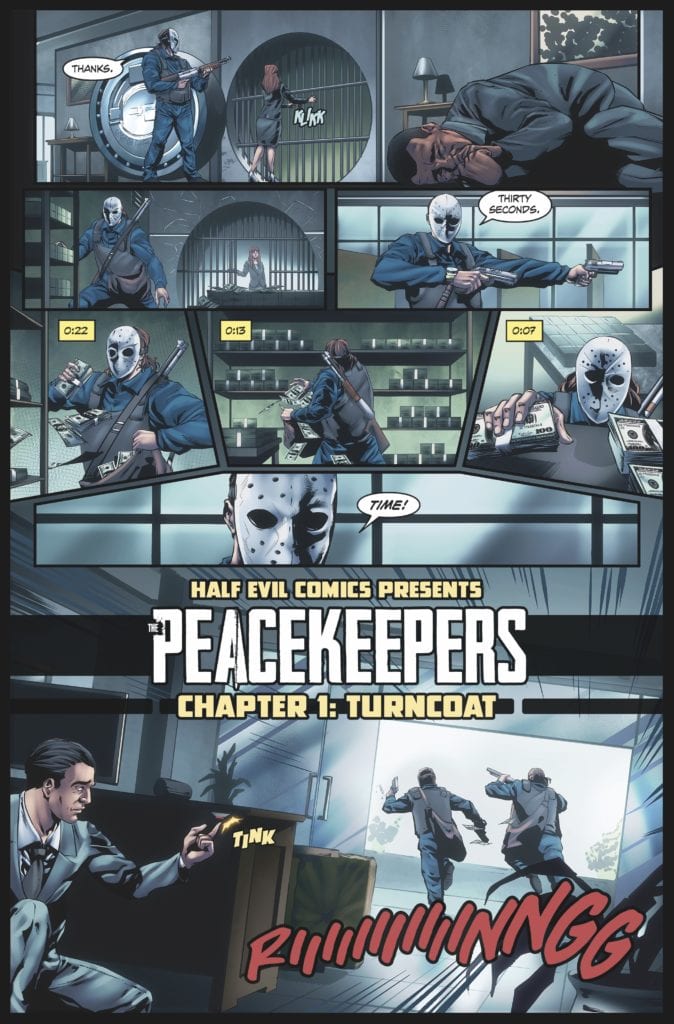 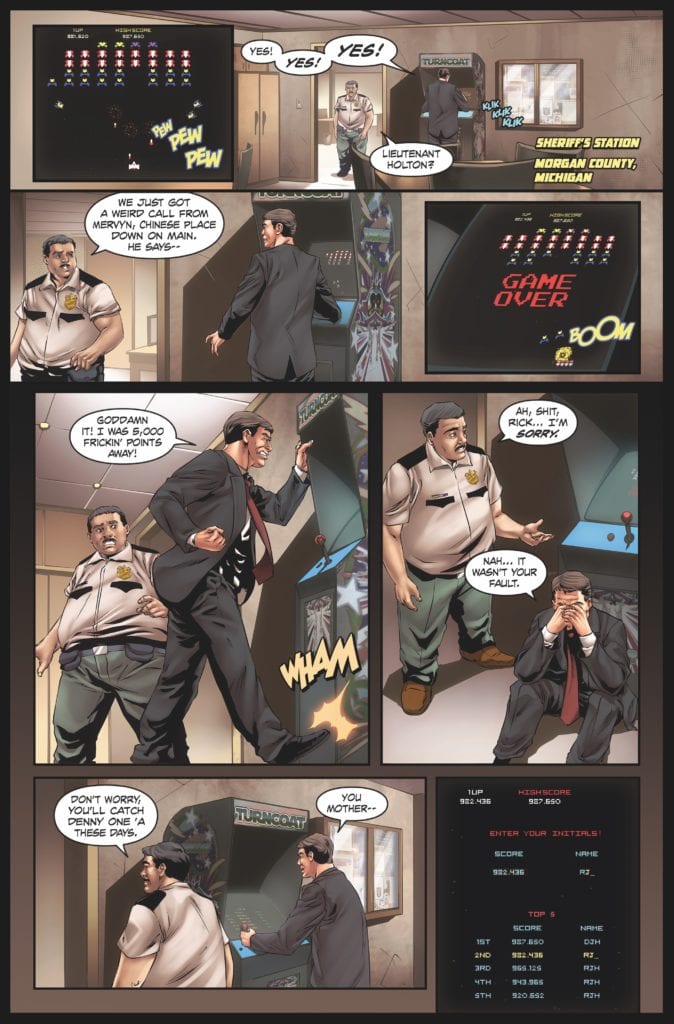 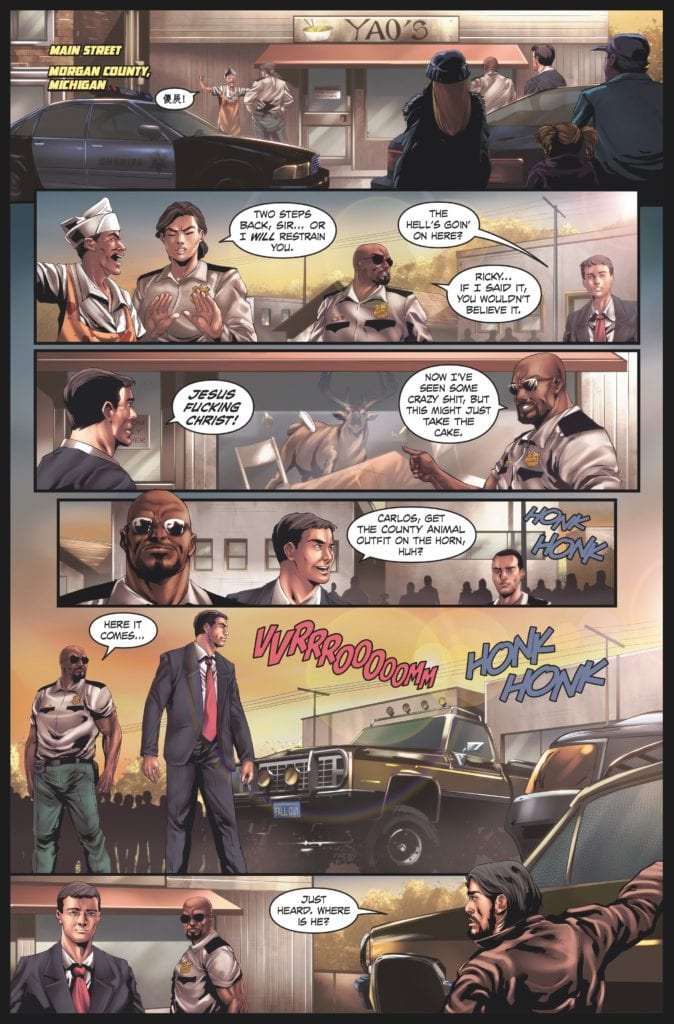 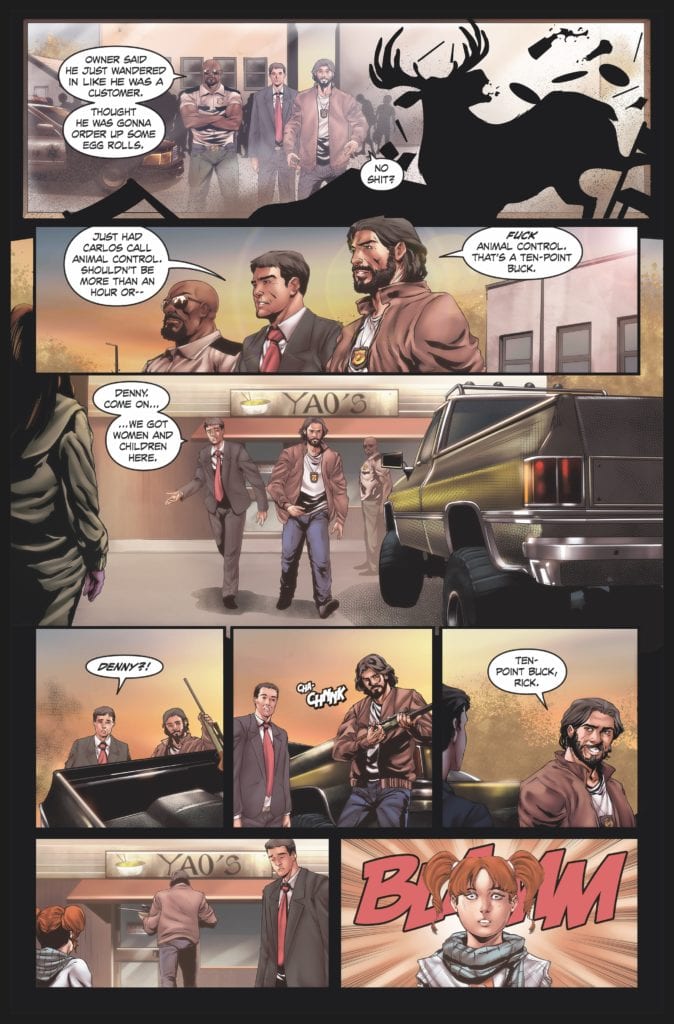 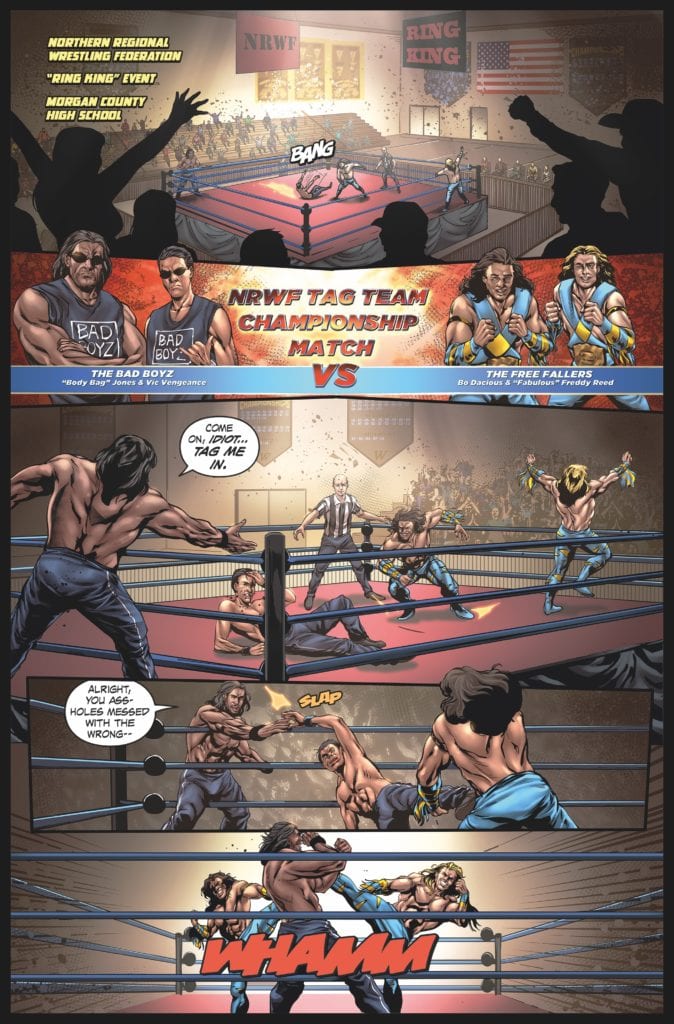 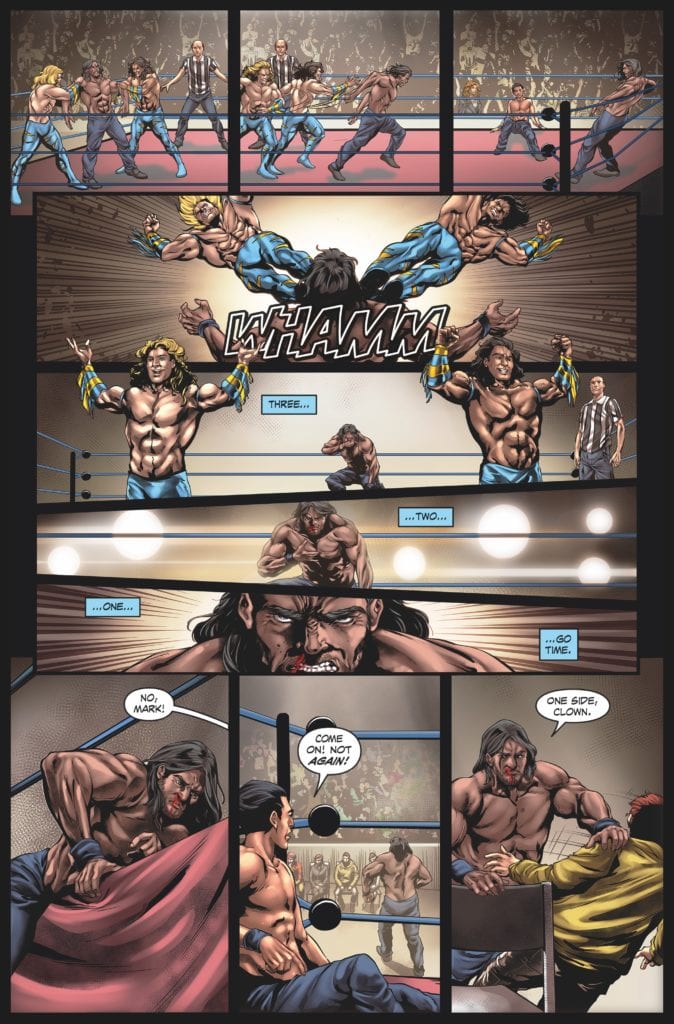 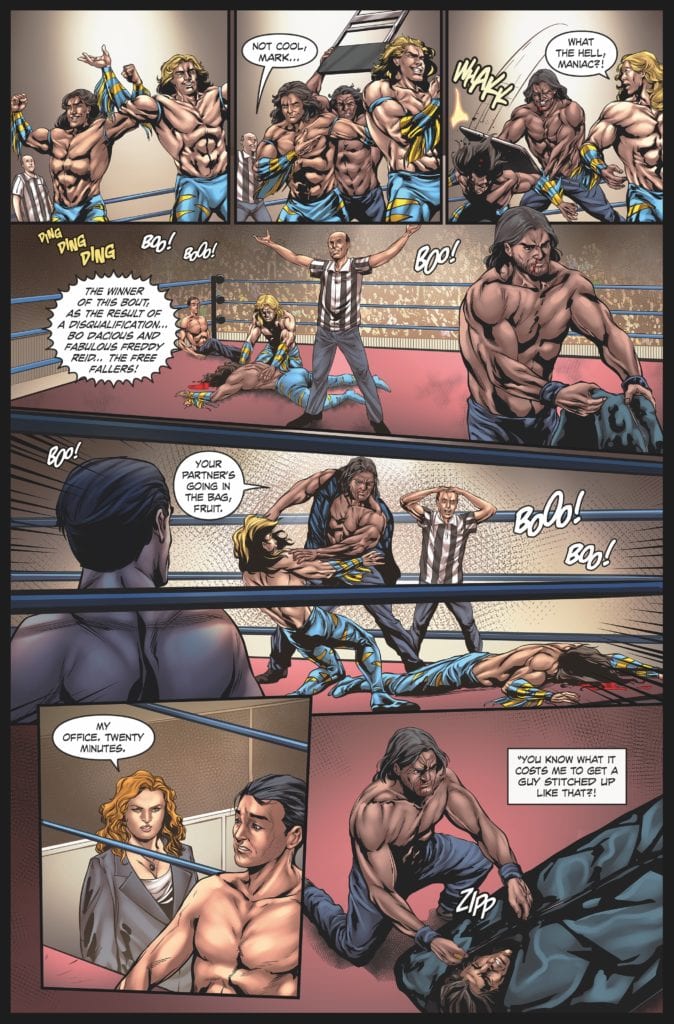 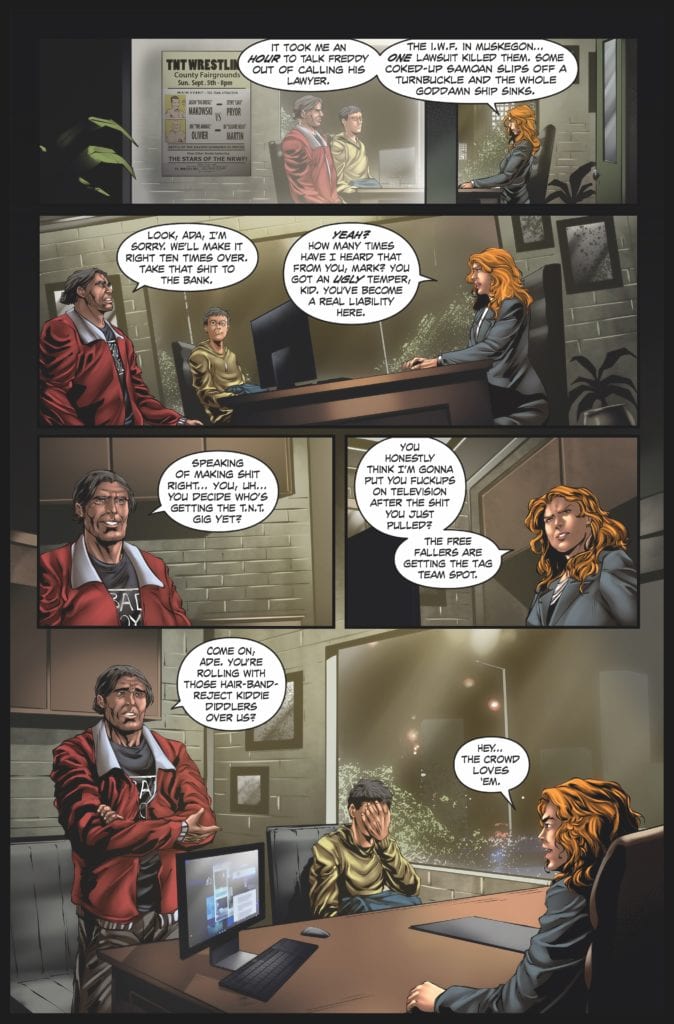 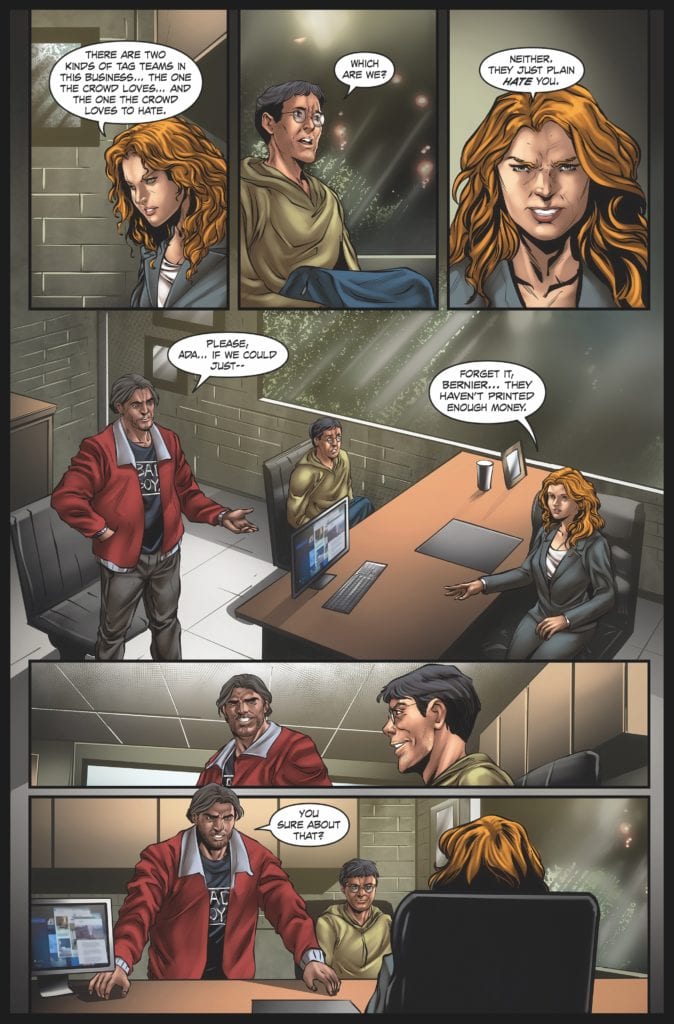 You can check out THE PEACEKEEPERS 1 & 2 on Kickstarter here.