In a recent article for Forbes, contributor Scott Mendelson argued that the problem plaguing recent Superman films – from Brian Singer’s weepy 2006 reboot to this year’s critical disaster, Batman v. Superman: Dawn of Justice – may be Superman himself. In short, Mendelson argues, Superman just isn’t a character audiences are interested in seeing anymore, no matter how well he’s presented.

Mendelson makes a good argument, but I disagree. I think Superman can be done well – and if he’s done well, the audience will come out to see it. The problem isn’t the character – it’s that DC and Warner Bros. simply aren’t making good Superman films. The best Superman films of the past 20 years, I would argue, have been made by Marvel.

No, I haven’t had a stroke; just hear me out. When I say that Marvel is making the only good Superman films these days, I mean that the best Superman films in recent memory are the Captain America films. The Captain America movies manage to nail the tone and feel that made the first couple Superman flicks such a blast. The Cap movies are fun, bracing, and can handle heavy themes without buckling under their weight. None of that can be said for the last couple of Superman films.

So how has Marvel managed to take a true-blue 1940s-era hero and make him the protagonist of some of the best superhero movies in recent memory – without feeling the need to retcon him into some gritty loner? And how can DC make two movies about the world’s most famous superhero that are less fun than an evening of naked wrestling with Donald Trump? It’s simple.

Zack Snyder vs. The World

First, Disney hires directors like the Russos and Joss Whedon — actual storytellers. Warner Bros. hired Zack Snyder, who is a gifted visual stylist but has no grasp of story mechanics unless they’re already present in the source material. Yes, his Watchmen was a superior effort, but principally because he was fairly faithful to the book. His other films are narrative messes. The Russos and Whedon can tell a clear, compelling story. Perhaps because of their television backgrounds, they aren’t afraid of bright colors and simple but striking shots. Snyder, meanwhile, seems to think he’s failed if he composes any shot without rain, gloom or an explosion. Batman v. Superman was, quite frankly, an ugly film. It just wasn’t fun to look at.

Secondly, it’s all about attitude. The Marvel movies realize you can tackle weighty ideas without making grim, joyless films. And not only are their flicks fun, they actually explore those ideas thoroughly. Batman v. Superman tried to tackle weighty ideas but was made with the attitude that heavy themes have to mean joyless performances and dark, grimy visuals. And for all that, the movie still abandons its contemplation of those themes halfway through in favor of hyperkinetic destruction. In the Cap movies, the big battle scenes are the outcome of the ideas being considered, the culmination of irreconcilable philosophical conundrums that finally burst into violence. In the DC movies, the fights are just excuses to knock buildings over.

DC films are dark, ugly movies that try to seem important but are ultimately ideologically incoherent; even the over-praised Dark Knight trilogy is a philosophical mess. They’re basically the cinematic equivalent of being shouted at by some 20-year-old dickhead who’s taken an intro to philosophy class and therefore thinks he knows everything. Marvel movies, on the other hand, are fun, joyous outings that still manage to ask important questions about the responsibilities that come with power — but do it in such a way that you don’t feel like you’re being lectured by the world’s angriest goth.

And finally, it’s about casting. Chris Evans, like the late Christopher Reeve, is the perfect actor for the role. His Cap, like Reeve’s Superman, is charming, decent and moral without descending into smarminess or self-righteousness. Henry Cavill displays none of that charm in his performance. Now, I’ll admit that it’s probably not fair to judge Cavill on the basis of Man of Steel and Batman v. Superman; it’s very possible he could play a charming, joyful Supes. Unfortunately, the character he’s been given to play isn’t really Superman. He’s a self-involved jerk who happens to have Big Blue’s powers. And that’s not a valid interpretation of the role. You don’t improve a character by sacrificing the qualities that made him appealing in the first place.

Ultimately, this is a problem that needs to be fixed at the conceptual level. The next time they’re developing a Superman movie, the DC bigwigs need to sit down and watch Captain America: Civil War. And then watch it again and again until they get the message.

Either that, or they just need to sell the property to Marvel. And yes, I know that will never happen. But imagine a Superman flick helmed by the Russos and starring Chris Evans. Now, that would be a Superman movie worth seeing. 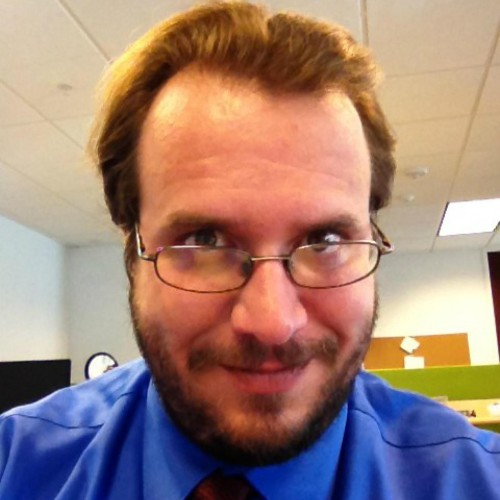