INTERVIEW: Catching up With COPRA And Michel Fiffe

Michel Fiffe’s COPRA recently saw a run of single issues published by Images Comics, something that deviated from the original run’s self-published process. But now, as Copra gets ready to begin the epic ‘Ochizon Saga’, the book is returning to its self-published roots (via Fiffe’s Etsy) and also to it’s original ‘legacy’ numbering, with the simultaneous release of issues #38 and #39. With all that looming, Michel was cool enough to chat with us about this momentous occasion and also share an exclusive image too! Read on and make sure you read and support Copra!

Monkeys Fighting Robots: Ok, so why two issues at once?
Michel Fiffe: Beats just getting one comic in your mailbox! Also saves on shipping costs.
MFR: Speaking of the issues, they are the start of something pretty big for the Copra crew. Give our readers a hint of what’s in store in issues #38 & #39.
Fiffe: It’s the climax of the larger story that I’ve been working towards for years. Imagine the horror and absurdity of humans holding their own against alien demi-gods. Big action, deep characters, and everything in between.
MFR: So these two issues are going back to self-published. What made you make this decision to have Image Comics publish only the collections? Did the pandemic and the chaos comics distribution go through have any bearing on your decision?
Fiffe: It had some bearing, yeah. I didn’t like being at the complete mercy of several institutions. Not my style, not when I can normally get these comics to readers quicker than anyone else. I wanted more control.
MFR: Did it have any effect on the storyline itself?
Fiffe: Zero percent. Even when I stopped self-publishing and went to Image, the story continued seamlessly.
MFR: A lot of creators took the self-published route in 2020. Whether it was through Etsy, Kickstarter, Patreon, etc. Why do you think so many creators found success taking this route? 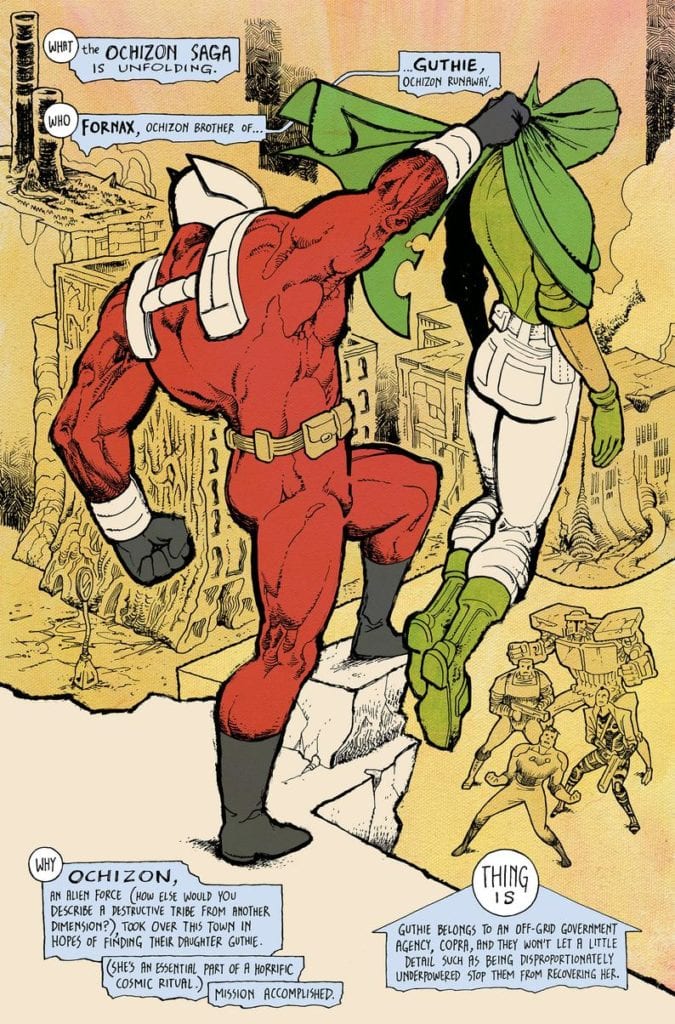 Fiffe: Maybe it’s because we have a direct line to the folks who actually read and enjoy our work? If you don’t mind the paperwork, cut the middleman out!
MFR: So what was the process for these issues? What’s the path from conception to publishing on these single issues?
Fiffe: What starts as scribbles on a scrap sheet of paper and ends up as a comic is beyond me… but I’ve tried to map it all out. There’s a “How To” segment of essays going over every detail over at my Patreon. It’s a lot to chew on.
MFR: What do you hope readers get out of this more direct publishing?
Fiffe: A direct engagement with me, which is an aspect I’ve always enjoyed as both creator and a reader. Plus, you’ll get the stories almost as soon as they leave my drafting table.
MFR: What sort of schedule can fans expect now for Copra going forward?
Fiffe: I’m juggling a few other projects now, so the COPRA schedule will remain unpredictable but consistent. I’m far from done with the series.
MFR: Where can comic fans find your work these days?
Fiffe: Get to the socials, and look me up and I’ll be yakking about what I’m working on.
MFR: And what’s ahead for you in 2021? What are your hopes, plans and expectations for the new year?
Fiffe: Non-stop activity. More comics, more art, more COPRA. 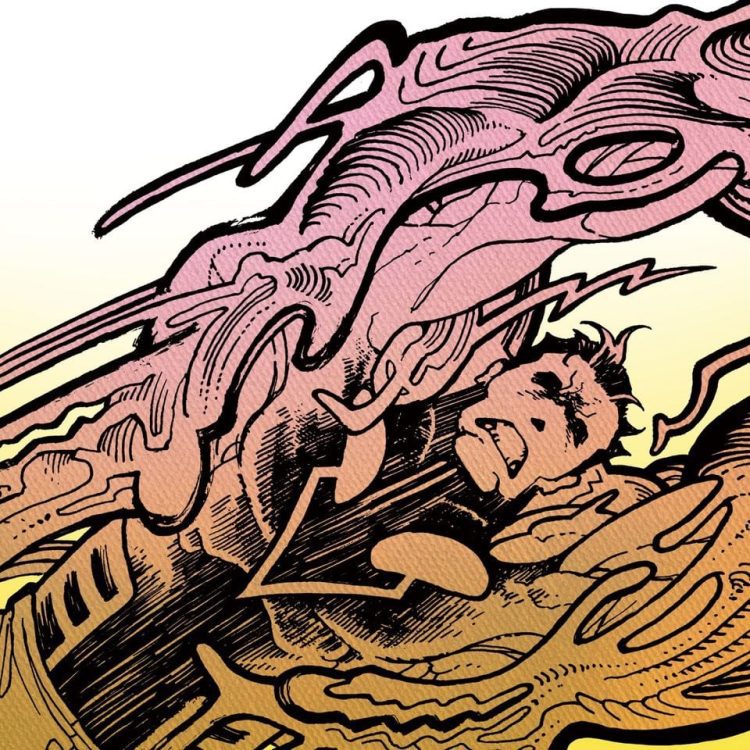