INTERVIEW: Director And Star of THE GOLEM Discuss Bringing Jewish Folklore To Life

The Golem is a new horror film from Doron and Yoav Paz about Hanna, a woman (Hani Furstenberg) who turns to mystical forces to save her village that’s based on a centuries-old Jewish folktale.

The Golem is a fun horror flick with some great, underlying themes about fear and motherhood. The Paz brothers have evolved as filmmakers since they got a lot of attention for their mostly first-person horror flick JeruZalem. The Golem provides great visuals through an entertains story. At the heart of it is Hani Furstenberg and her performance that holds the whole movie together.

PopAxiom spoke with director Doron Paz and lead actor Hani Furstenberg about their work on The Golem.

Hanna is the complicated protagonist of The Golem. She’s solemn but caring, and when the village is under threat, she does what she feels she has to do. It’s a meaty party to play for any actor “I knew Hani was the right woman for the role. I contacted her, and she ditched us two hours before our meeting.”

Doron continues the story “We continued looking for the right protagonist for the film, and no one was the right one. So we tried again, and we contacted Hani again, and this time she read the script.”

Hani’s a fan of horror but “It wasn’t the first thing I wanted to do. I found my love for cinema through horror and thrillers. At about nine or ten I started to make films, and they were always horror films.”

Hani continues the story “A friend finally urged me to be a part of the project and read the script … I fell in love with the heart of the story. It’s a very special film in the genre.”

About The Golem, the singer-actor says “It’s so much more than just a horror film. It’s a period piece, a drama … arthouse thriller and Jewish folklore … so many different kinds of stories.”

For Doron, making the film started with a realization “It was really amazing to us that no one had touched this story. Hundreds of years old, such an interesting folktale, and it was left alone for one hundred years on film.”

The Golem is a period piece and finding the right place to make it all happen was key “The location was so important to the mood. We shot in Ukraine, in the middle of nowhere. It was a studio that was left there.

Hani adds “It was the coldest summer in Ukraine. It was freezing.”

But ultimately, for the team “… it really put us in the mood as the filmmakers. So often you shoot a scene then go home to your family and friends. Here, we were so isolated, and it was all about the film.”

Hani describes the place “It was acres and acres of land. So much green. Beautiful. It didn’t feel like a [film] set. It really felt like we were in this other time.” 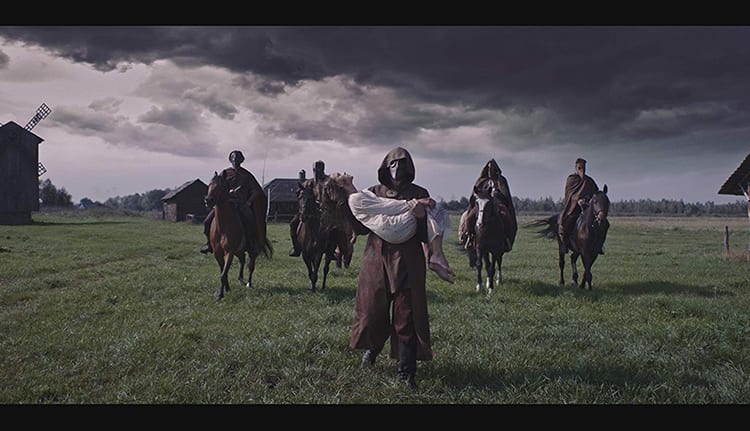 The protagonist in The Golem, Hanna, faces internal and external threats that make the character go through a lot in the 90-minute runtime. How did Hani stay sane through all these horrors? “… With a lot of help from a lot of people.”

Hani’s preparation for the role started before she was even cast and didn’t even know it “I happened to be watching Handmaid’s Tale, the first season. That was a big inspiration.”

About the character of Hanna “This woman … is very smart, opinionated, tries to break through what is supposed to be her part in this life and world.”

The Golem fits into a lot of subgenres, but first and foremost it’s a monster movie. How did the creature come to be? “In the first draft of the script … something was missing. We had this huge monster, and it wasn’t interesting enough. And we got into, should the monster be CGI or a costume.”

However, the Paz Brothers kept brainstorming and realized “The idea of The Golem is much more interesting than the appearance of the creature.”

Soon after, one decision made that put the whole puzzle together “Once we settled on doing the creature as a child, the rest of the story wrote itself.”

Think of Doron and Yoav as the Israeli Coen Brothers yet it’s rare to have two brothers working together as directors of a single film. Hani admits “I did not know what it would be like to work with … not only two directors but brothers. But they work amazingly together. They really compliment each other. There’s also something very symbiotic about how they work.”

According to Hani, there’s little disagreement on set between the Paz Brothers, but Doron jokingly admits “We only argue a lot when we’re alone in the editing room.” 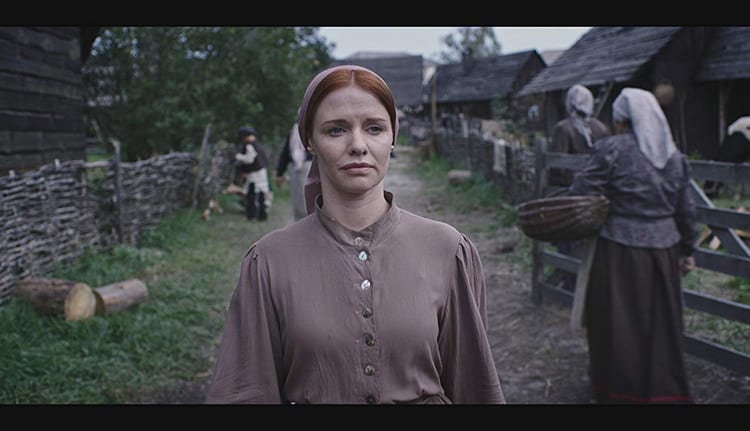 What is next for the Paz Brothers? “We have so many stories that we want to tell. We wake up with a new idea, and we go crazy for weeks developing it then another idea comes up. I want to do them all! We’ll be shooting something this year but I can’t talk about it.”

As for Hani, you’ll see plenty of her very soon “I have two series that came out in Israel. One is called False Flag. The other is Asylum City and the first season just started. It’s a cop-based thriller. And you’ll see me in the new season of American Gods.”

The Golem, in theaters on February 1st
and available on DVD, VOD, and Blu-Ray February 5th.

Thanks to Doron Paz, Hani Furstenberg, and Big Time PR
for making this interview possible.