Writer Al Ewing has been a Marvel fan-favorite for a number of years. His work on Ultimates, Royals, U.S.Avengers, and Avengers: No Surrender has landed him plenty of gigs in the internet community fantasy-casting. Immortal Hulk could potentially be the series to finally push him into the next level of comic book writing super-stardom.

Immortal Hulk sees our old pal Bruce Banner back from the dead and on the run once again. However, things are different this time. Al Ewing is bringing a different perspective, one of horror.

Most of the issue is a story told from outside perspectives. The tale of a gas station robbery gone wrong in order to pay off a debt owed to a dangerous gang. Banner and his green counterpart find themselves among the victims, only to be resurrected and hungry for revenge. Meanwhile, the local police and a reporter piece the story together on their own.

Putting a horror spin on the Hulk is a fantastically fun concept. Giving readers the optics from outside perspectives amplifies the spectacle and horror of a small town hit that all of a sudden features a gamma-powered monster. 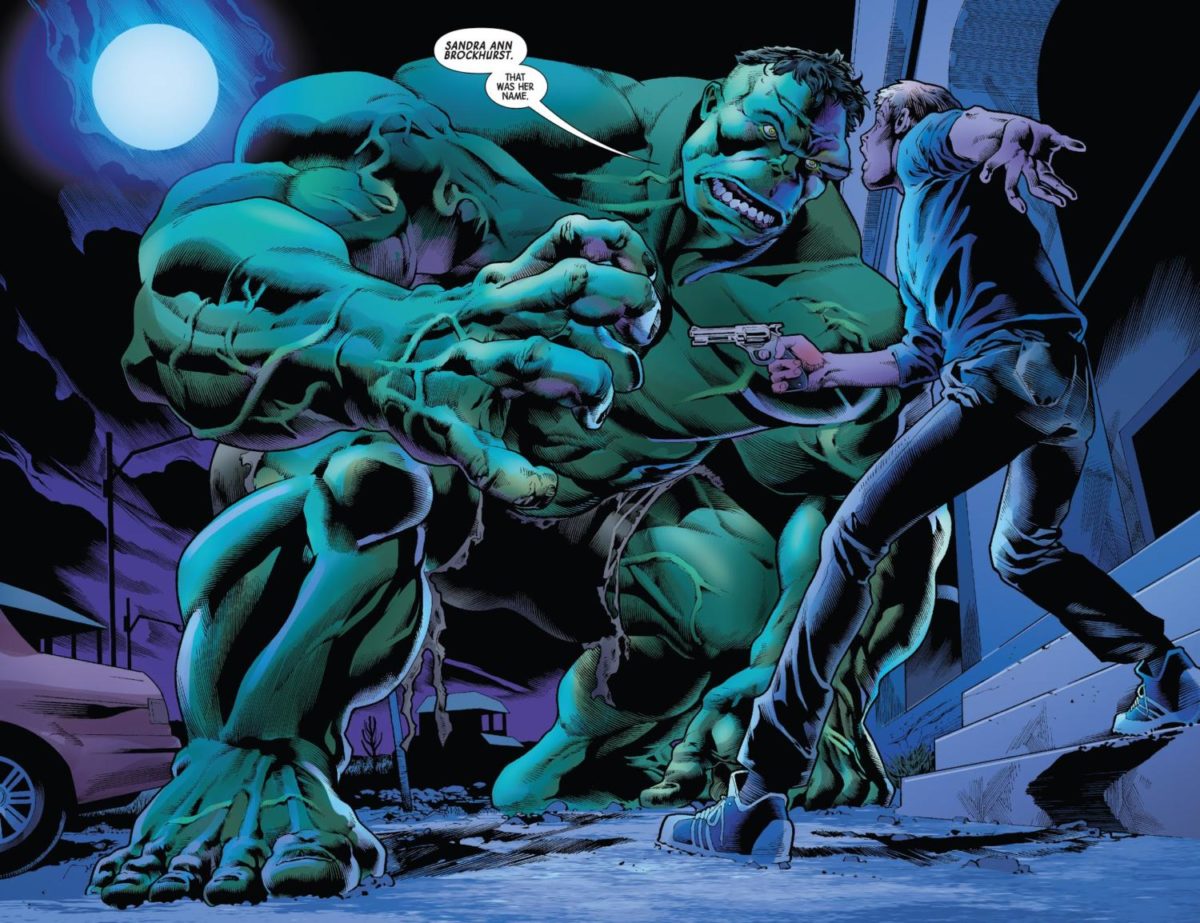 Displaying and discussing the Hulk at a distance always makes him more significant. You can’t have a successful Hulk book without anyone turning green, but the way Ewing uses him here is the right amount. When Hulk shows up, it should matter and carry weight one way or another, especially through the lens of horror. This is a masterful script by Al Ewing.

Joe Bennett keeps the monster at bay as well, making sure the Hulk’s reveals have an impact. Even the way Hulk looks is more like a classic Universal Studios monster than the smooth sci-fi hunk we’ve grown accustomed to. Paul Mounts does spectacular work with his color, keeping the bright green at bay until the time to strike was just right.

Immortal Hulk is a truly fresh and interesting take on a character that could use a shakeup. Al Ewing has been deserving more attention for long enough, hopefully this creative series will catapult him into getting the credit he deserves.

Our favorite green gamma monster is getting a “Fresh Start” indeed! Be sure to pay attention to this one.

The Newest Flash Villain Revealed! During the final battle of The Flash War, we got a tease of a big bad that was coming. This...
Read more