This week’s book is The Spectacular Spider-Man #148. 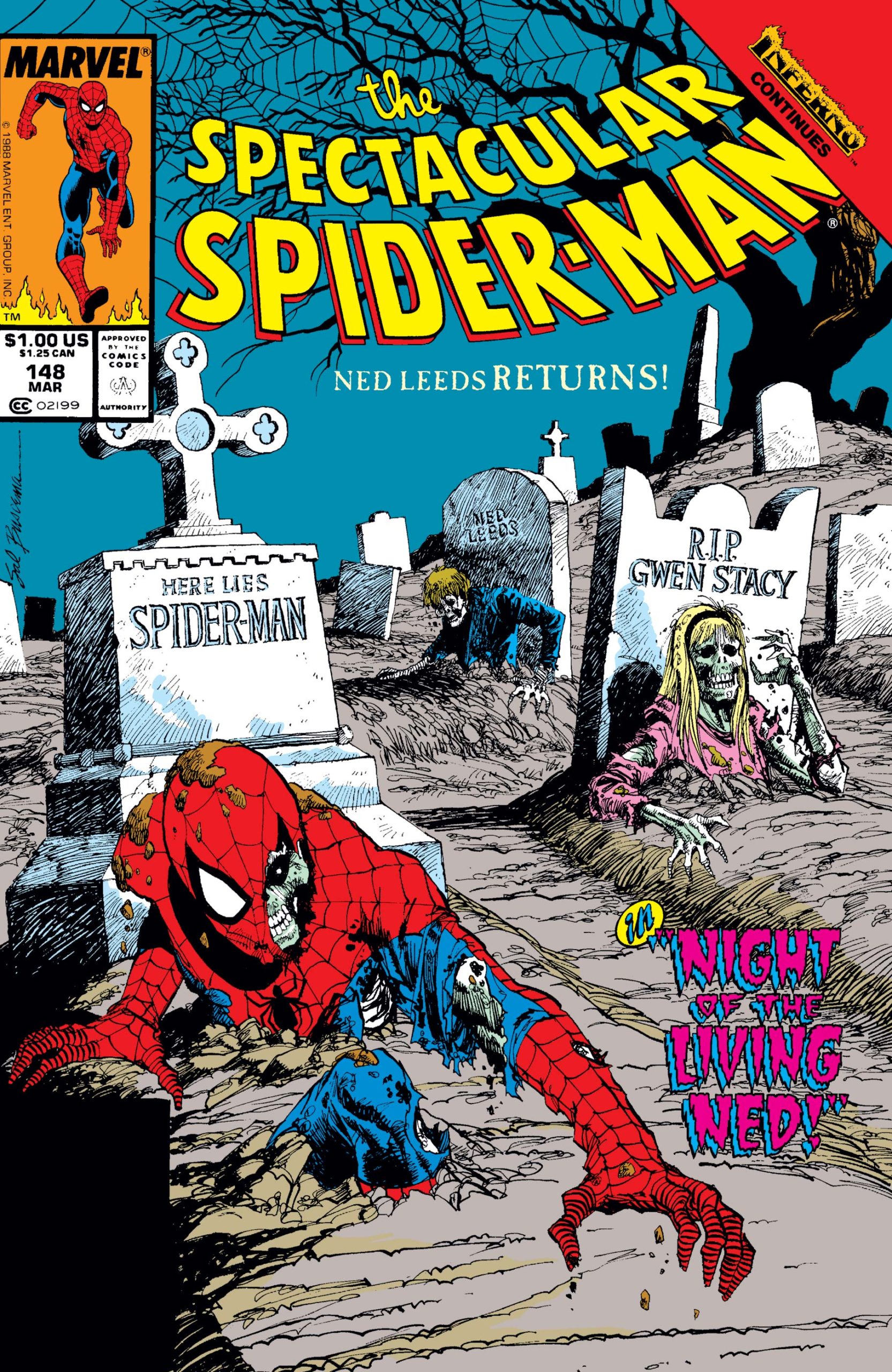 The Spectacular Spider-Man #148
‘Night of The Living Ned’
Written by: Gerry Conway
Pencils and Inks by: Sal Buscema
Colors by: Bob Sharen
Letters by: Rick Parker

I was very indecisive about what book to choose for this week. So I decided to call on fate and went out on a last-minute dollar bin hunt; I also decided I would use a book I would find as this week’s choice. Well, I’m glad I did because I ran into one of my favorite comics as a kid; The Spectacular Spider-Man #148. The artist on Spectacular at the time, Sal Buscema, was on the title for years and is probably in my top three Spidey artists of all time. I always grabbed Spectacular when I saw it.  This issue was a part of Marvel’s Inferno crossover (a horror-themed company crossover involving demons and limbo flooding into the Marvel Universe). As such, the story is pretty much straight-up horror and was pretty cool to an eight-year-old kid like me.

Brief synopsis: As Betty Brant and Flash Thompson board up an apartment to keep out the ghouls and ghosts (ala Night of The Living Dead. Remember this was way before the zombie craze too!) they are attacked by what it seems like the re-animated corpse of Ned Leeds, Betty’s ex-husband, a reporter, Peter Parker’s friend and also thought to be the Hobgoblin for some time; man Spidey comics piled on the melodrama in the 80s. Anyway, the story gets very hallucinatory and atmospheric. It scared the crap out of me as a kid. Let’s take a look at some pages! 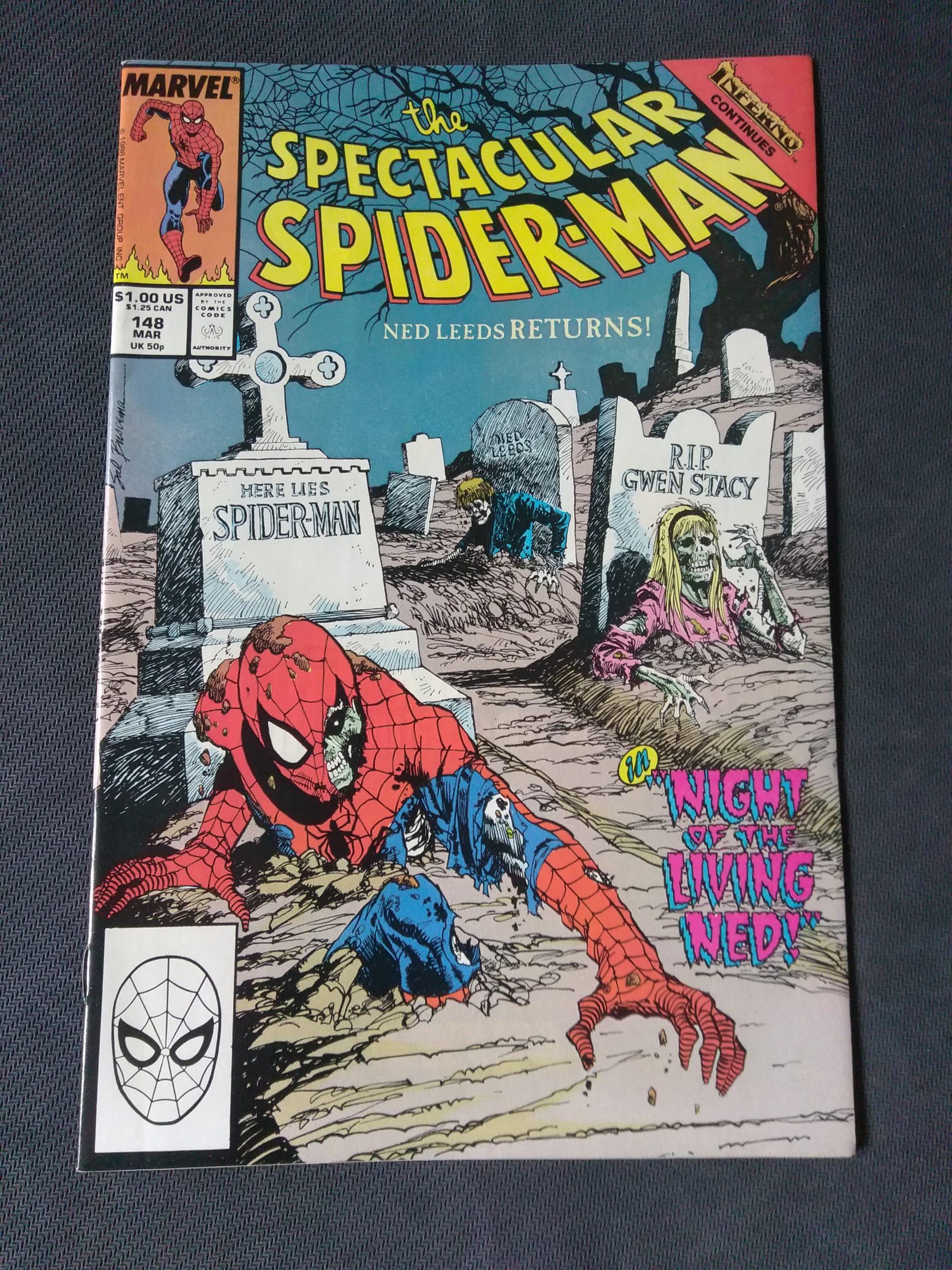 This is one of my favorite panels in the book and it perfectly captures the E.C. Comics vibe going on in the issue. Pretty gruesome-looking stuff for a Spidey comic! 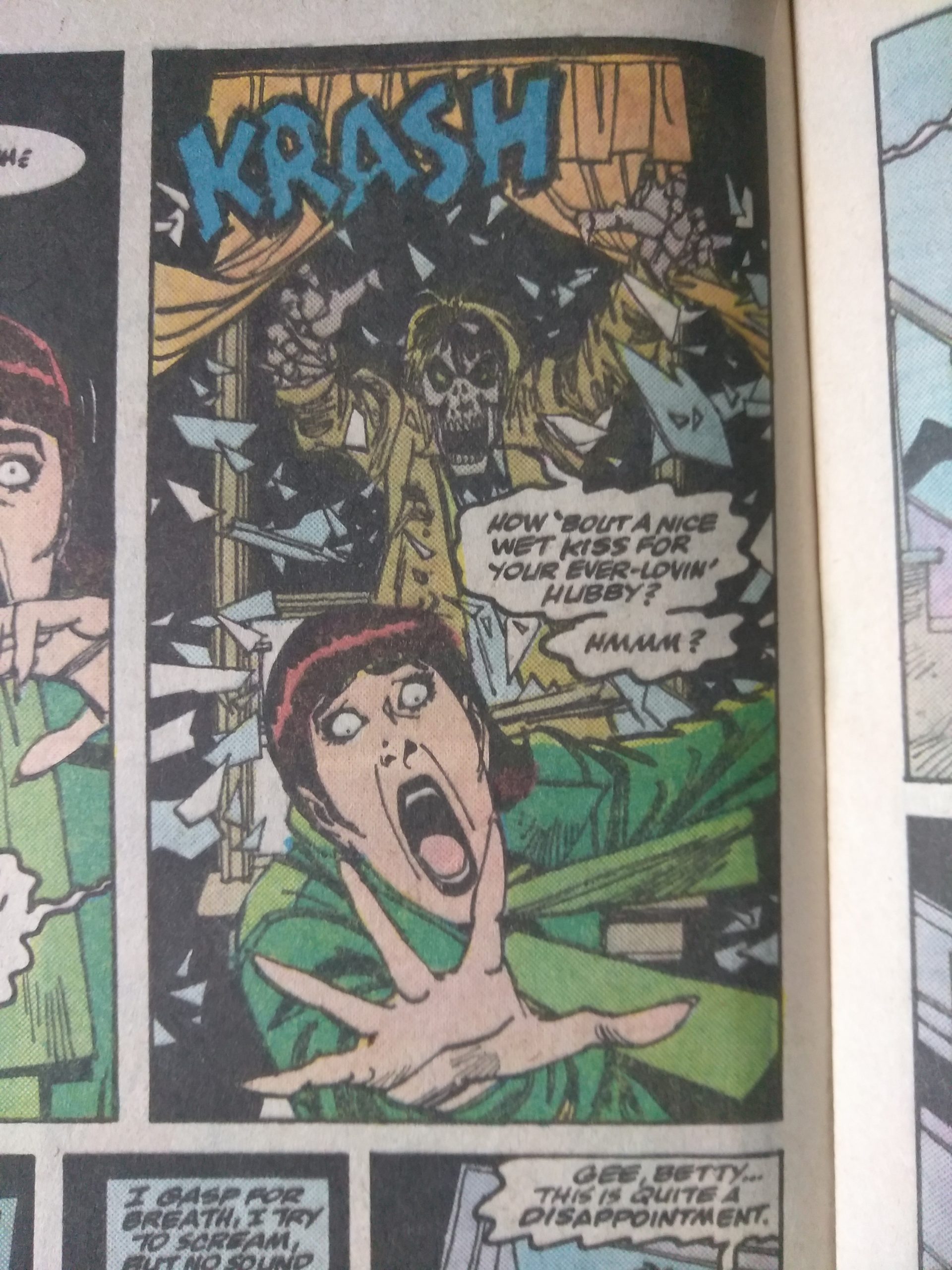 This page with Flash Thompson fighting some kind of demonic Spider-Man is awesome. Love the layout and use of lightning. Again very true to horror! 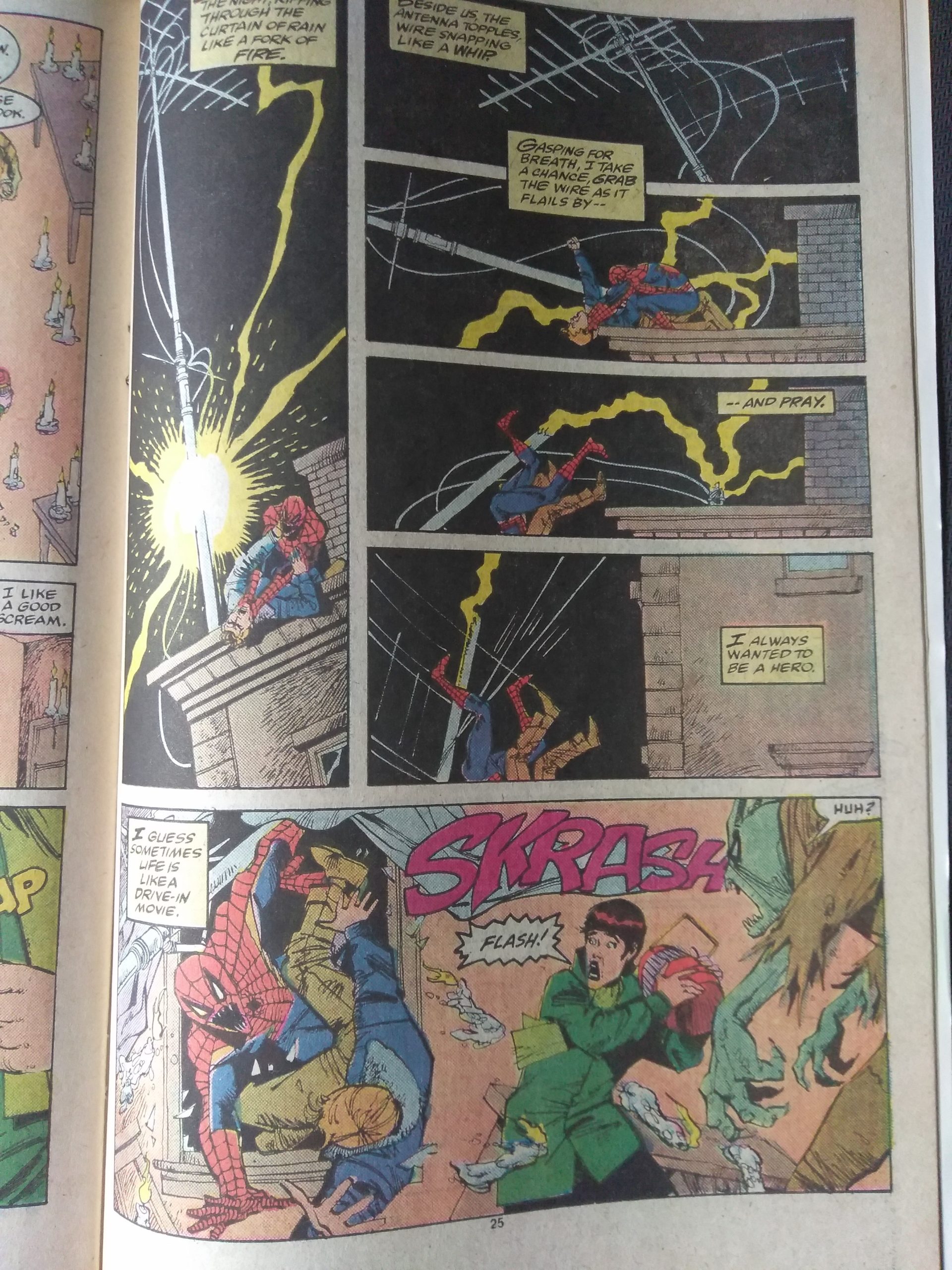 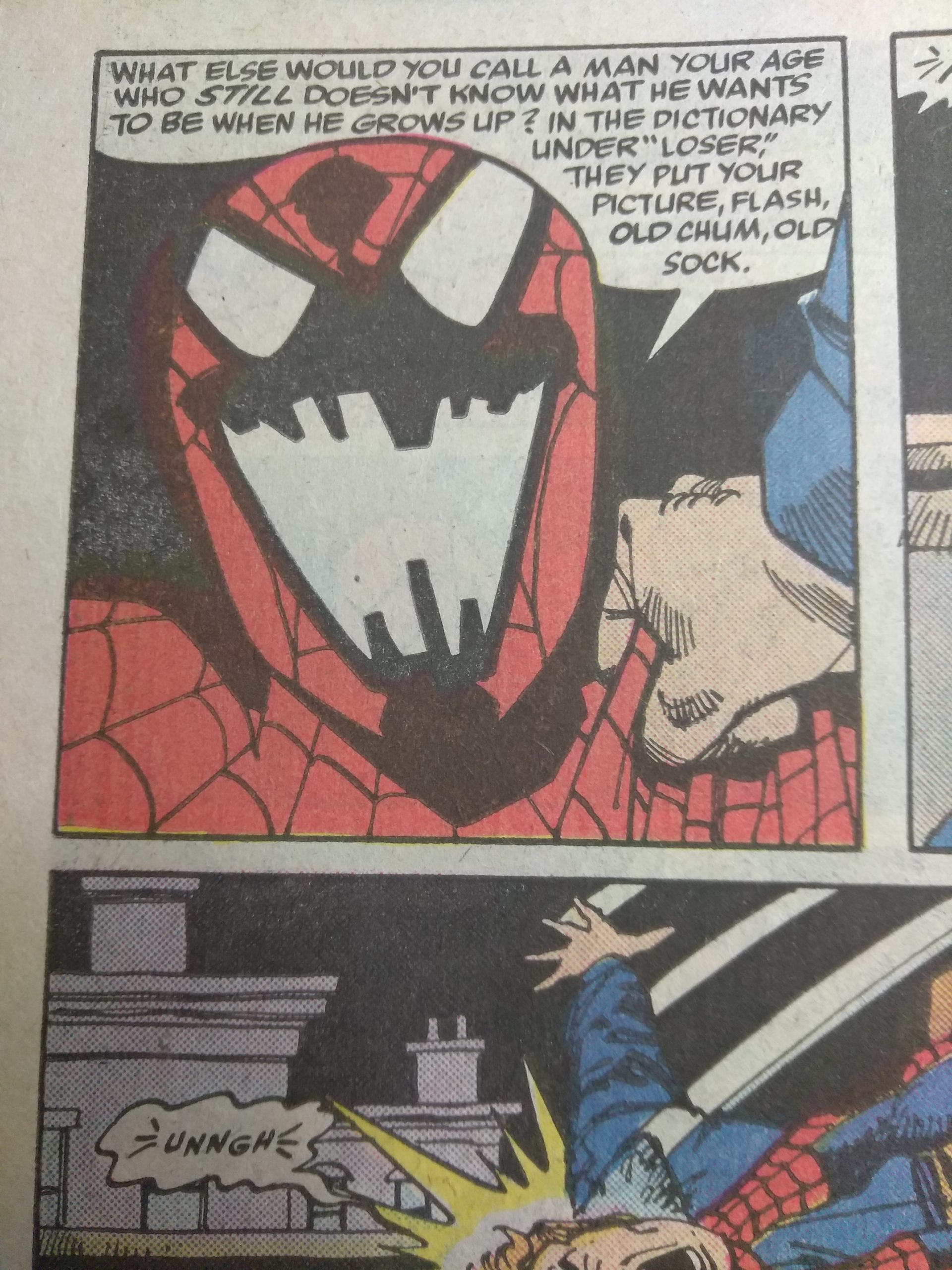 And another great Zombie Ned! 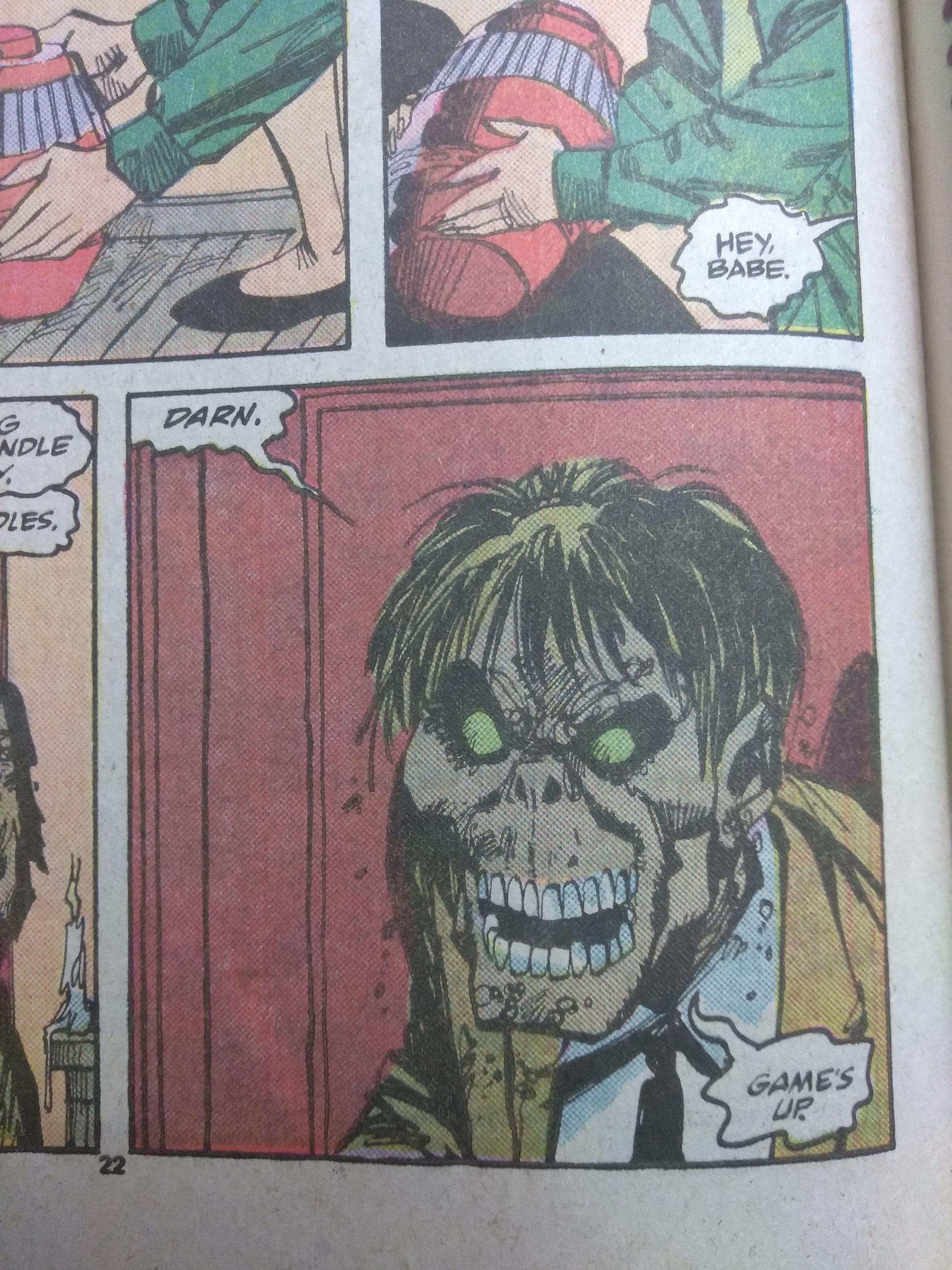 Here’s a great image of New York as it was changed by demonic forces in Inferno.

I usually like to write about a few ads and there weren’t that many cool ones in this issue. Except for this. This WWF ad is just perfect for its time. 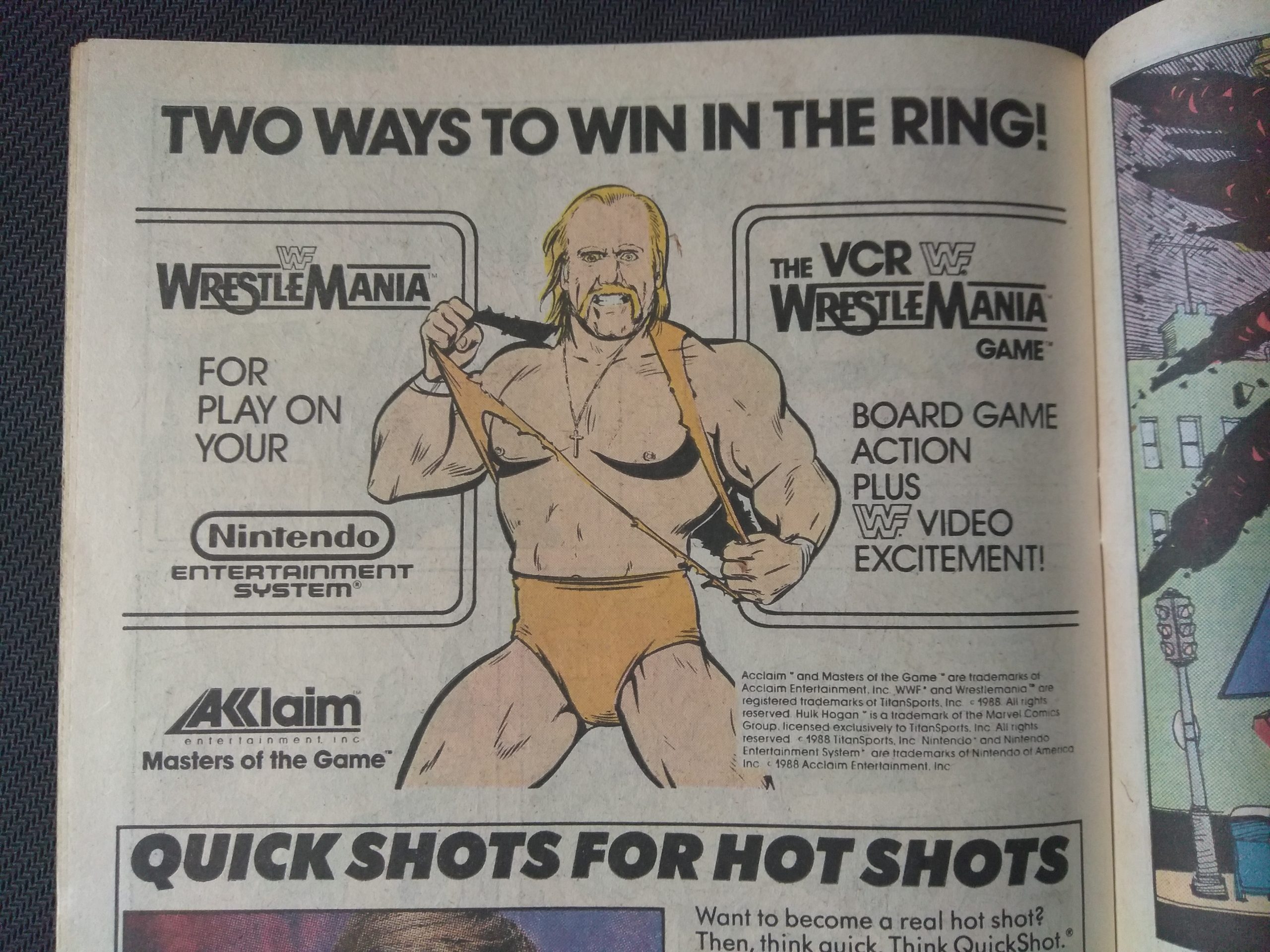