ORPHAN BLACK: THE NEXT CHAPTER – How The Writers Handled Change Of Medium

Becoming a professional writer in comics is tough. Most writers work in other mediums to perfect his or her storytelling craft. That is why it was important to chat with Lindsay Smith and Heli Kennedy. They are a great example of expanding into new mediums for writers.

Orphan Black is a science fiction series that lasted five seasons, ending back 2017. Created by Graeme Manson and John Fawcett, the show starred Tatiana Maslany as several identical people who are clones.

What made Orphan Black resonate with fans is how well it portrayed the moral and ethical implications of human cloning, and its effect on issues of personal identity.

Now, two years later, Orphan Black has been resurrected by Serial Box, a platform that has merged ebooks and podcasts. Orphan Black: The Next Chapter is set 8 years after the season 5 finale, featuring all the same characters and narrated by the lead actor Maslany, with the ten-episode season starting on September 12.

Monkeys Fighting Robots had a chance to talk with Lindsay Smith and Heli Kennedy of the Serial Box Orphan Black Writers Room about the new season and change of the medium. 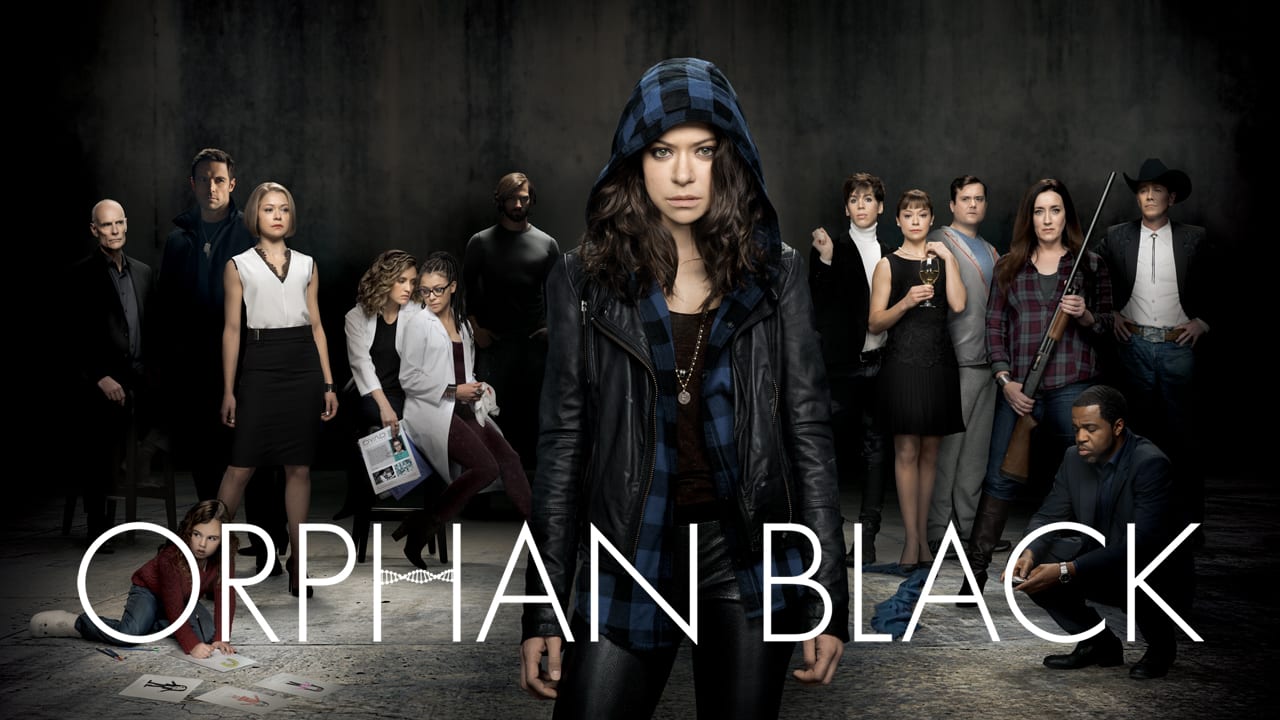 MFR – What is the biggest difference between writing a television script and a serialized audio play?

SMITH – Since Serial Box is both text and audio, it’s easiest for me to treat it like writing prose, same as I do for novels. But unlike my own novels, Serial Box is a hugely collaborative, constructive process. There’s always magic that happens at every writers’ summit when we all get together to brainstorm a coming season, everyone bringing their own particular strengths and creative twists to the process that I don’t think any of us could have come up with on our own. I love it.

KENNEDY – Since this series is both audio and text, I’d say the biggest difference for me is the ability to express the internal, emotional lives of characters. Delving into characters’ thoughts, memories and feelings allows us to share details about them which would be difficult to put on screen. The characters in the Orphan Black universe are unique, fleshed-out individuals, so being able to do this is fun. If something goes down between Cosima and Delphine, we can really get into the internal nitty gritty of it—from both sides.

MFR – Since you have an unlimited special effects budget with the audio series do push the story in new ways that you couldn’t with the TV show?

SMITH – Well, this season is going to be pretty explosive… sometimes literally! But I think another big advantage of the prose text/audio format is how deep inside characters’ heads we’re able to get. It was so much fun to look at how Tatiana Maslany portrays each of the different clones and extrapolate that into their thought process.

KENNEDY – Well, I’d say we aren’t as concerned about budget or the number of clones we put in a scene. We don’t have a technodolly to contend with (the programmable camera crane that made it possible to shoot Tatiana as several characters in the same shot). So that’s awesome. We can use any and as many clones as we want! And since the characters are so dynamic, it’s amazing to have this freedom. I had some of this freedom in the comic series I wrote for the show, but with prose I’d say the sky’s the limit.

MFR – Tatiana Maslany carries a heavy load when it comes to building up tension, how do you set her up for success?

SMITH – We’ve tried our hardest to do right by her and these phenomenal characters. And while a lot of them have moved forward in their character arcs since the TV show’s end, this serial’s still going to feel like signature Orphan Black–conspiracies, crazy science, drama, and a core group of badass women being awesome.

KENNEDY – Tat’s a wiz when it comes to making characters pop using her voice and accents—it’s one of Orphan Black’s hallmarks. So, we worked hard to give her individuals she could bite into. I think these strong characters will pull you into this new Orphan Black rabbit hole—some crazy stuff is gonna go down. I can’t wait to hear everyone come to life. And we may have thrown a couple new accents at Tatiana…just for fun…hee, hee.

MFR – ORPHAN BLACK has a passionate fanbase, did this provide more pressure to hook the listener with the first episode or are you going for a slow burn?

SMITH – It is a lot of pressure! We’re starting with the somewhat risky move of introducing a new clone on page one–one who doesn’t know who and what she is. But I think fans are going to love her, and especially love seeing how her connection to the sestras we already know and love will unfold in some very surprising ways.

KENNEDY – The fan base is extremely passionate and intelligent, so it’s always a lot of pressure. But we worked to keep the pace and vibe of the book series consistent with the show: we’re introducing new clones that we really love and new, cool science in a classic OB mystery propelled by thriller-like action. Damn, we hope clone club likes it! 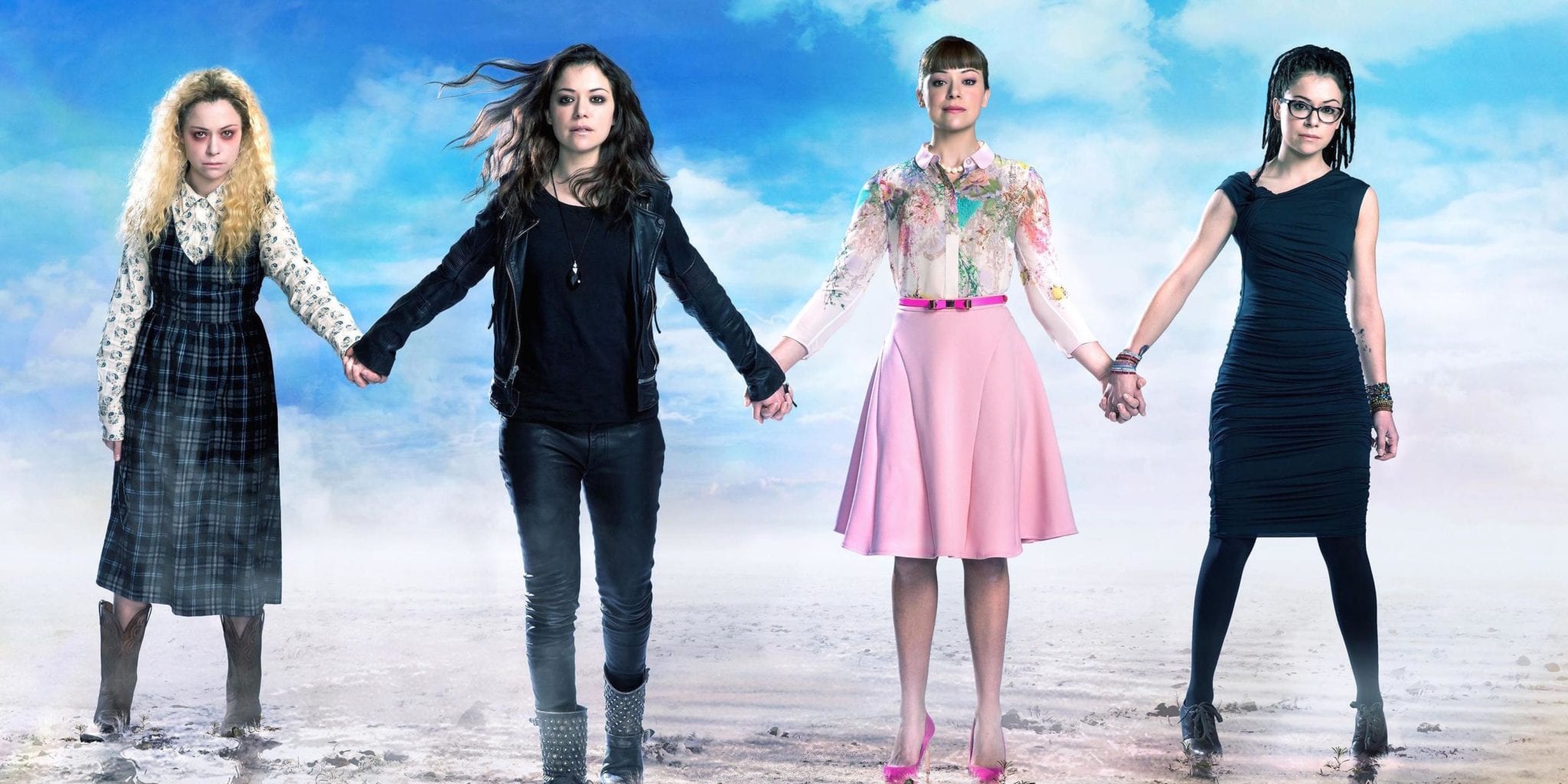 MFR – What has been the best part of working on ORPHAN BLACK: THE NEXT CHAPTER, and why?

SMITH – Seeing the passionate response from fans who are so excited to see this amazing story continue. Their enthusiasm for the project makes all the hard work completely worth it, and we’re so honored to have their support with the next chapter.

KENNEDY – For me, working with a brilliant team of Sci-Fi/Fantasy novelists and dedicated editors has been amazing. We have a team of people with diverse, interesting backgrounds in hacking, ethics—one of our writers is a futurist! Like, how cool is that?! Brainstorming and just chatting with them has been exciting, educational and totally fulfilling. It’s been a pleasure to collaborate with everyone—you all rock!

MFR – Have there been talks about what to do with the material after release? (Novelization or graphic novel)

SMITH – Season 1 of my previous serial with Serial Box, The Witch Who Came In From the Cold, was republished as an omnibus by Saga Press. I wouldn’t be surprised if we see something similar for this!

KENNEDY – Personally, I’d LOVE to adapt this series into a graphic novel, if anyone’s thinking about it… I really like working in that medium, and would love to see our characters after having read and heard them.

Are you going to check out the new season of Orphan Black? Comment below with your thoughts.