A new era for the X-Men begins in HOUSE OF X #1. Strap yourselves in, Hickman has schematics for a whole new world for the magnificent mutants of Marvel. 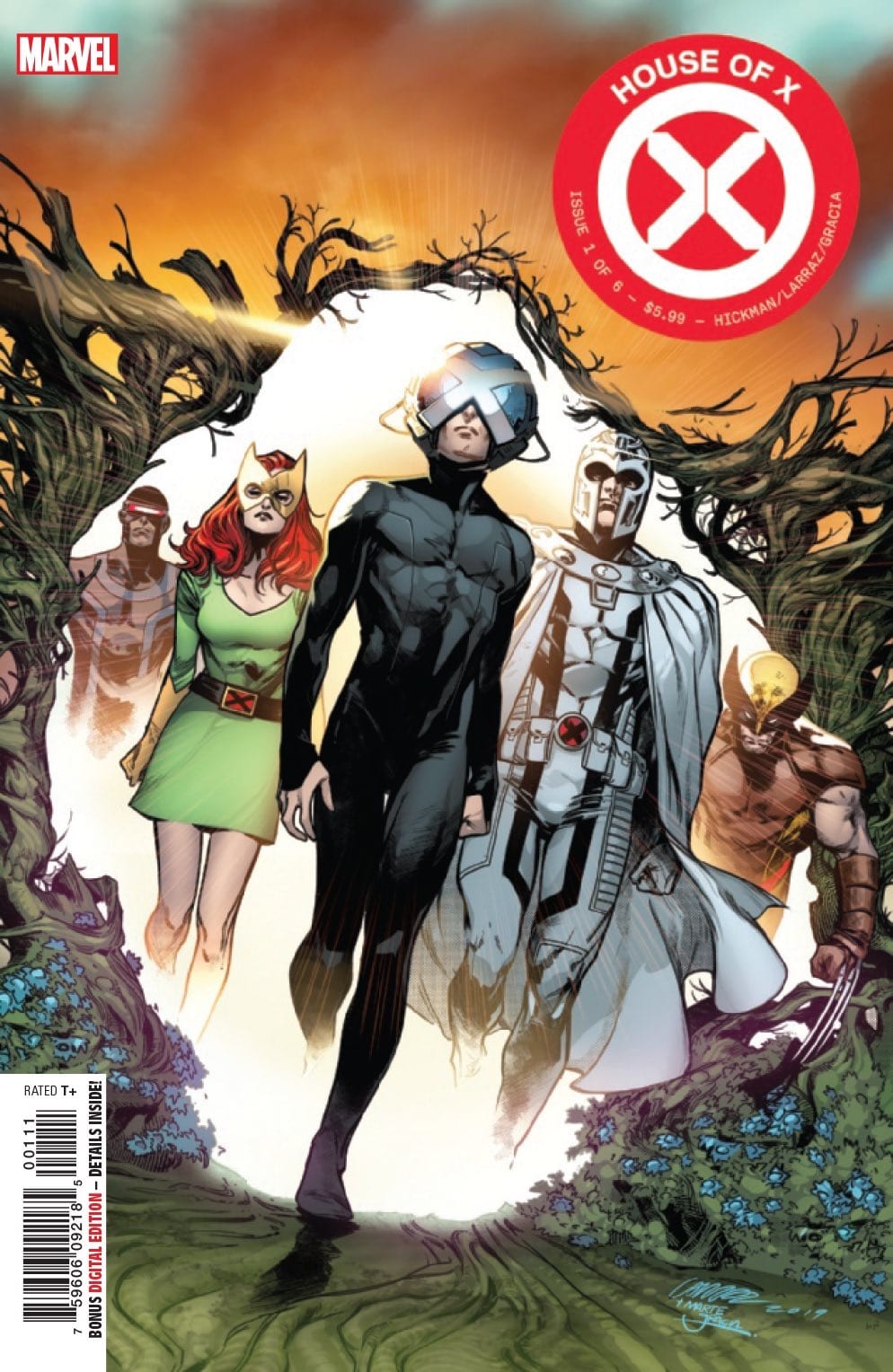 Oh my goodness, Jonathan Hickman. Immediately upon starting to read this issue, you can tell it’s something special. This is a very bold and different direction for our beloved mutants. We’re entering uncharted territory for the first time in a long time and there’s nobody more suited to drive us there than Hickman.

We’ve seen Marvel promise plenty of “fresh starts” for the X-Men over the past few years, but nothing has been this impactful. House Of X isn’t just a beginning to a new story or the introduction of a new threat. This is an entirely new vision of the mutant population and their role in the world around them.

What Hickman provides in this introductory issue is an in-depth and highly imaginative exploration of brand new concepts. This reads more like a guidebook than a comic book issue, but it’s all for the better.

Hickman’s time away from Marvel was clearly for the best. He comes back now as a the fully formed creative mastermind that he is. He brings the structure, schematics, tools, and story devices over from his brilliant work on Black Monday Murders, East Of West, and The Manhattan Projects to House Of X in a dense but digestible format. 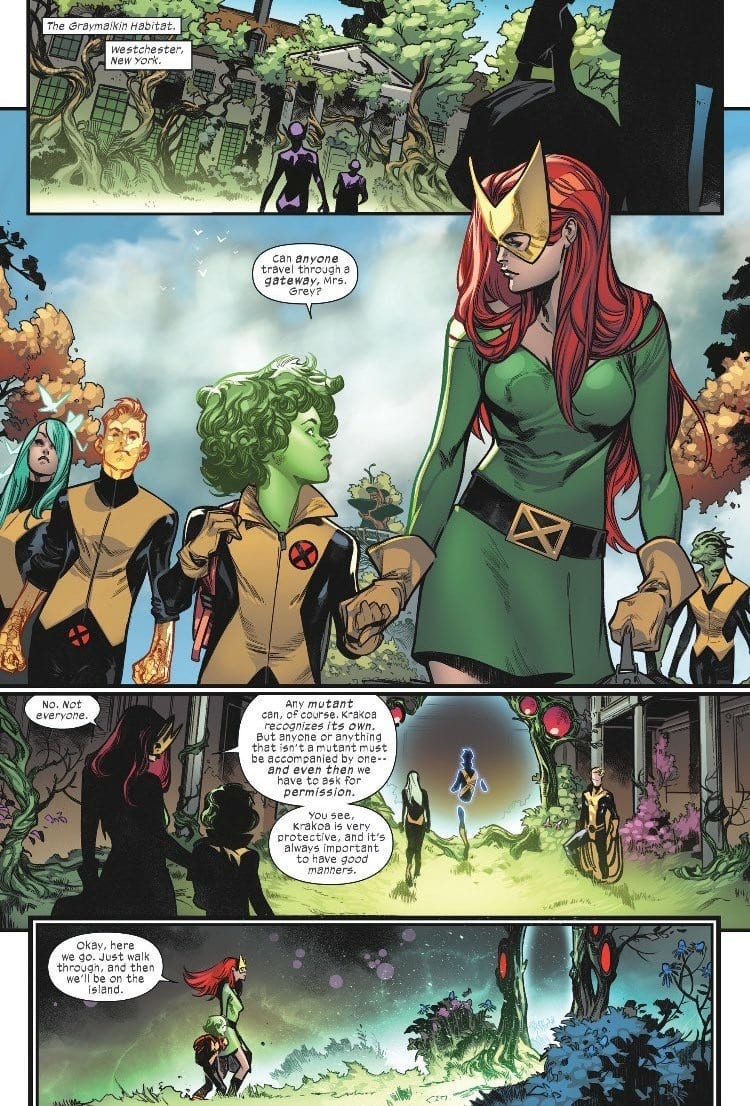 Krakoa gets re-purposed in a big way and becomes the most important concept to Hickman’s new mutant landscape. The “habitats” are inventive, eerie, and instantly iconic.

The “Flowers of Krakoa” are a crucial tool for the new mutant nation, one that puts them into a position globally that they’ve never been before. Krakoa has more in common with Wakanda as a nation of power rather than a simple refuge like we’ve seen in the past.

Hickman loads up House Of X #1 with plenty of charts and maps, making this introductory experience less overwhelming and easy to swallow for readers of all levels of X-Men experience. There isn’t any required reading that leads into this issue, readers are provided with everything they need.

The “Orchis Protocol” is another new concept introduced in great detail. They’re proof of just how much thought went into this new layout for mutant kind by Hickman. They could also provide a wonderfully paranoid opposition for Krakoa’s mutants going forward.

House Of X is so fleshed out not only as far as mutants are concerned, but the entire world. In our intro to “Damage Control” we even see the repercussions from Reed Richards and Tony Stark having gone missing for some time. This is a level of planning and layout that we haven’t seen in a very long time. 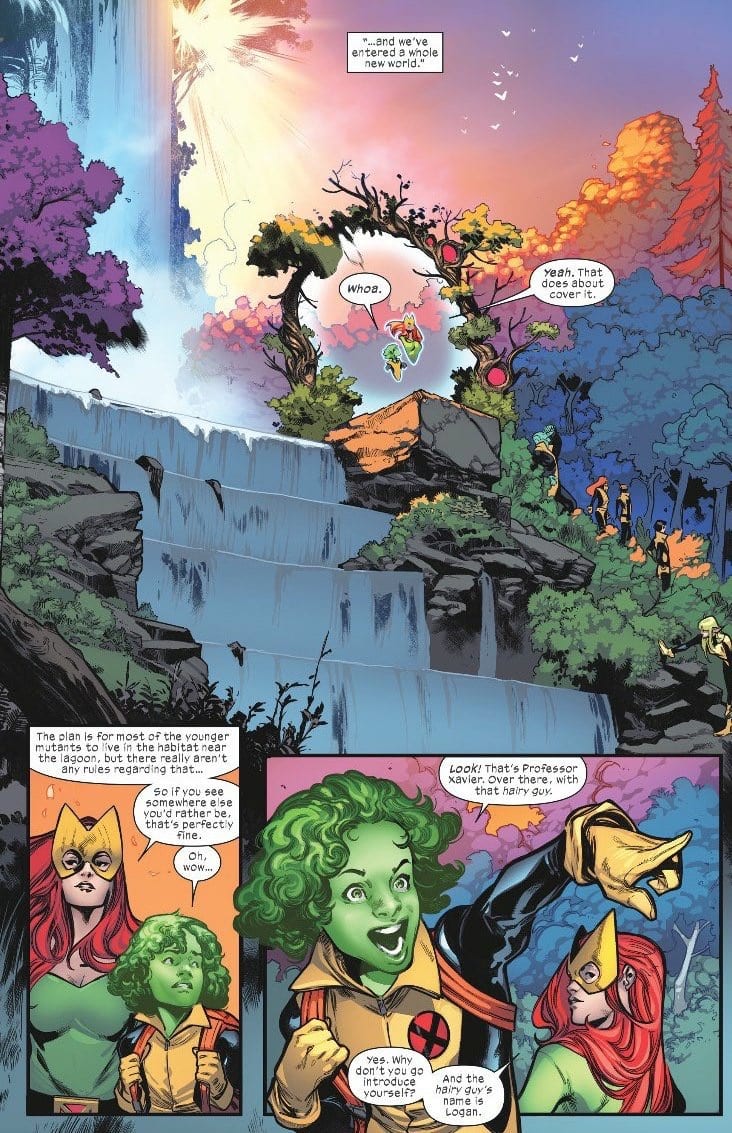 Hickman’s chart and detail on the “Omega Level Mutants” page provides clarity where we don’t get much anymore in the world of comics. This will be something comic book fans will surely appreciate in our discussions and debates about these characters and this world.

No matter how current you are on X-Men continuity coming into House Of X, it’s a total blank slate. There’s a mystique and atmosphere of unknown that’s established immediately and beautifully maintained thanks to Pepe Larraz and Marte Gracia.

The highly imaginative and dense concepts presented to us are visually stunning and easy to understand thanks to their illustration and tone. The mutants themselves have so much life and wonder to them, there’s a confidence that’s earned and displayed.

House Of X #1 is a gorgeous book that matches the ambition of Hickman’s ideas and lays them out in a way that’ll warrant multiple reads. You couldn’t ask for a better showing in order to really sell this exciting new era for our beloved mutants.

This issue and everything we’re provided inside feels like a reward for all the lackluster years of X-Men comics. For every false start and broken promise there is a page in this issue sure to make any die-hard X-Men fan’s heart flutter.

There hasn’t been an X-Men comic this ambitious and crucial in the 29 years I have been on this Earth. Hickman is an absolute god-send for Marvel’s beautiful mutants. This is the real deal, it delivers on every promise that was being made by Marvel.

This is absolutely the most important X-Men comic to come along in a very long time. Whether you’ve been keeping up on continuity or have stayed away from X-Men for some time, House Of X is the best possible jumping on point you could ask for.

This is not a drill. HOUSE OF X is the most important X-Men comic in 30 years. ALL HAIL LORD HICKMAN.HOUSE OF X #1 - Hickman Almighty