GUARDIANS OF THE GALAXY #9 – The Universal Chuch Of Action

This week Marvel unleashes GUARDIANS OF THE GALAXY #9 upon their faithful cosmic followers. Donny Cates delivers another heavy metal soaked script that artist Cory Smith packages in a fast-paced and action-packed issue.

The Universal Church Of Truth has Peter Quill held prisoner, with Pete’s own father at the forefront of their dastardly agenda. Rocket is on death’s door (and in a Gundam mech) as he and the other Guardians seek out an adolescent Magus to help defeat the UCOT.

Donny Cates’ brand of comic book writing and aesthetic is very distinct–and very metal/punk. It wasn’t all there at the beginning of this series but now nine issues in, we’re getting more of the Cates flavor and style that we’ve grown to love in his other work.

Maybe what kept this glorious team from feeling fully formed was that Cates hadn’t figured his Star-Lord out yet. Now with the team separated and Quill developing on his own journey, we may get the fully cooked chemistry we expected from issue one. 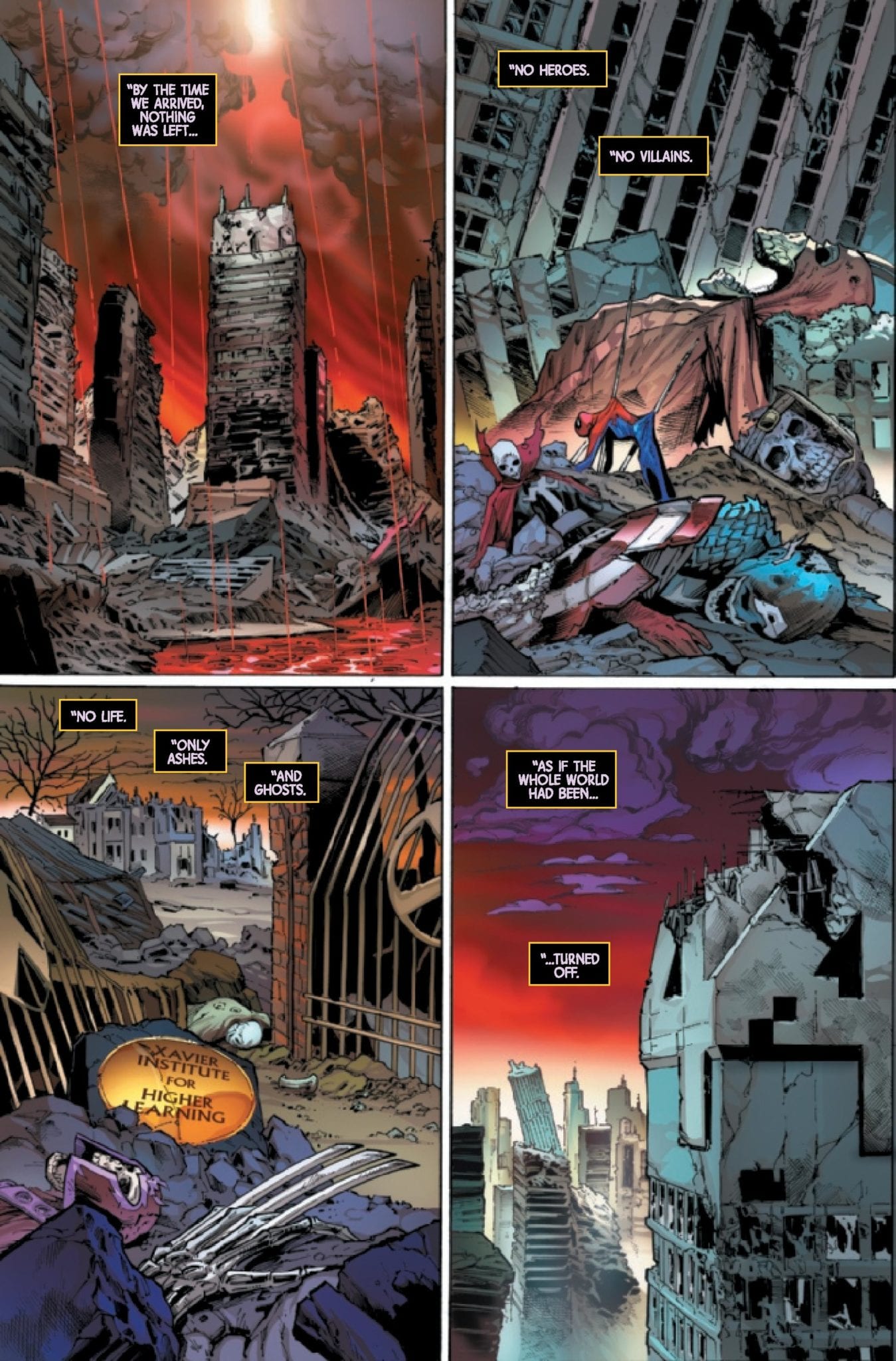 Guardians Of The Galaxy #9 is a very quick read thanks to it’s pacing and nearly nonstop action. It’s a full and satisfying serving of cosmic adventure and tantalizing imagery. The opening scene of what Quill sees as the Church’s vision reads like the lyrics of a doom metal song brought to life–which is Donny Cates through and through.

Artist Cory Smith takes center stage with this issue being more about “showing” rather than “telling.” He brings the weight and edge needed to make this script reach it’s potential. There’s creepy visuals, explosive action, and iconic full-pages–plus Rocket in a Gundam mech is beyond cool.

What we thought was an army of Adam Warlocks the Universal Church Of Truth was harvesting turned out to be that of Drax The Destroyer. The final page reveal is a memorable and effective one. Drax looks fantastic in his retro purple costume.

Peter is clearly in over his head behind enemy lines and the rest of the team is going to extreme lengths to try and stand a fighting chance. This is all with Rocket Raccoon’s life being on it’s last leg. Donny Cates seems to have his feet under him now as the book progresses to some highly entertaining places.

Whether you’re coming to this issue in allegiance to the characters or to soak up all of Donny Cates’ current wave of comics, you’ll be satisfied with Guardians Of The Galaxy #9.

Cates' GOTG is a doom metal soaked blast.GUARDIANS OF THE GALAXY #9 - The Universal Chuch Of Action