‘Friday the 13th: The Game’ Is Permanently Reshaping the Multiplayer Experience

Rumors are settled as Friday the 13th: The Game is in full effect for releasing this October 2016!

The Kickstarter project which was initially dubbed as Slasher Vol 1 Summer Camp basing the survival horror gameplay from iconic 80’s camp films such as The Burning and of course Friday the 13th. (Now if they would’ve mentioned Sleepaway Camp with an Angela Baker surprise killer I would’ve been 100% with the vague title!) However with the game creators being huge fans of the Friday the 13th series specifically, it was beginning to mimic more of that particular atmosphere more than anything else.

With already having the well-known Kane Hodder stunting as the slasher, Harry Manfredini on the musical score, and the legendary Tom Savini on special effects, it was no mystery that the only thing missing in the equation was licensing for the undeniable Friday the 13th vibe. Soon enough the word of mouth got around to Sean S. Cunningham who ended up personally contacting Gun Media about the too familiar camp slasher themed video game and basically giving the small indie group the proper licensing as well as full support since he was absolutely in love with the project.

Such an amazing success story all spawning from a group of horror-loving friends, who had the initiative to put their years “what if” scenarios to actually paper and make it work. But the fun certainly doesn’t stop there! Along with scoring the famous franchise title rights, and acquiring some of the most renowned icons in horror movie history, Gun Media is also on the quest of changing the way we all look at survival horror game play. 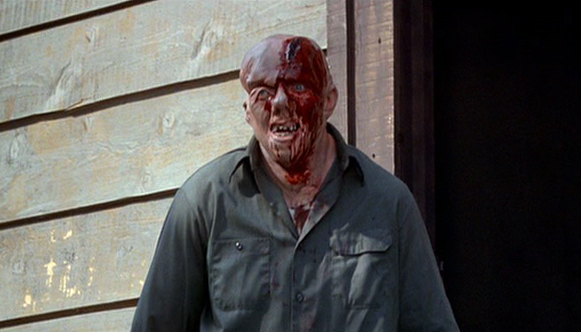 Over the weekend at PaxEast, the Friday the 13th Game panel further spoke on their visionary quest, in which will no longer present the player with conflict in a linear fashion. The 1v7 multiplayer game play allows the opportunity for one player to be Jason while the others are camp counselors, but all randomly generated so it’s sort of a surprise each session. Although the camp counselors will embody stereotypical 80s horror movie tropes, no character is technically better than the other. Each character will have advantages and disadvantages, but at the end of the day it will all be dependent on the choices you make during the game. Thus recreating that familiar ‘choose your own ending’ adventure that all of us 90s generation kids grew up reading with the Goosebumps series.

Following the Friday the 13th movie theme, the game will take place in a “semi-open world” environment on Camp Crystal Lake. The plot of the game does not take place in any particular era in relevance to the movie series, but Gun Media was extremely persistent of making sure each scene of the video game resembled the movie sets to a T as well as creating new visuals for the rooms or areas that you never got to explore while simply watching the movies. Although striving to make every fan of the Friday the 13th franchise heart melt with every detail being identical to the movies, each character spawn and random elements used in the game will be placed somewhere different on the map every time. Gun Media essentially strives for a challenging multiplayer experience stating that:

“We don’t want this game to be fair at all.”

With it being a multiplayer experience, each round will last about 15-20 minutes max but can end as soon as 5 minutes if the player is excellent with Jason. However, it’s truly up to the player how they want to go about the game, in which you can go straight in seeking brutal kills or if you’d rather play the mysterious, creepy Jason waiting in the darkness for each camp counselor to fall into your traps that is always an option too. Jason will also have certain abilities that the camp counselors will lack such as sensing the environment and the camp counselor’s fear. The longer Jason remains in the game, the stronger the abilities become.

As mentioned before, the game is about how YOU decide to play, and the same goes with the camp counselors. When playing as a camp counselor, you will have objectives in which you can team up and try to accomplish in order to get to safety, or you can be a dick, leaving your team in the dust to simply hide out until the match is over. Either way, prime objective for the counselors is to avoid Jason at all costs with Gun Media summing up the core gameplay being:

“Hide and seek plus murder.”

“It’s sort of like Until Dawn but you’re friends are hunting you.”

Wrapping up their Q&A that night, Gun Media was sure to clear up that although they have thought about the possibility of crossing into the famous Freddy vs. Jason realm that it will sadly not be happening due to license restrictions and being a completely different license than what was obtained with Sean S. Cummings. Along with this movie question, they also settled the likelihood of any of the camp counselors having special surprise powers to defeat Jason in reference to the telekinesis ability in Friday the 13th Part VII: The New Blood. Once again Gun Media is determined to have somewhat of even playing field for each character stating:

“We never wanted to create a class system that would make everyone want to play a specific powerful character.”

In any event, whether you’re a fan of horror films or survival horror video games, in general, be sure to keep an eye out for this epic multiplayer release as it will be available to PS4, PC, and XBOX ONE this Halloween season! Pre-orders are already in effect, as well as having a ton of different memorabilia that will further help the Kickstarter project! To help support, pre-order or become a backer to this historical video gaming event, check out the official Friday the 13th Game page for further details. 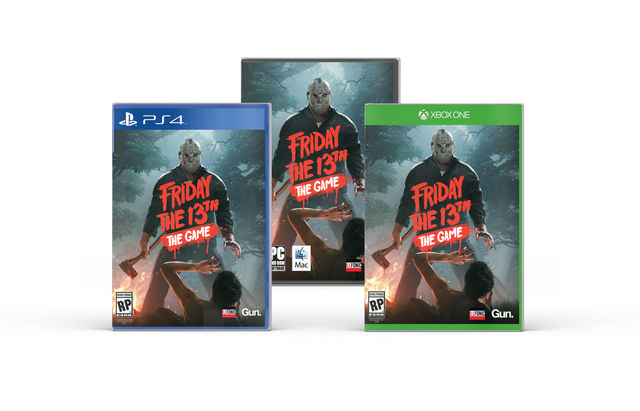