The Freedom Fighters’ Black Condor goes Undercover to Save the Day

The war for Earth X has taken a surprising turn since the return of Uncle Sam. The Freedom Fighters plan to unite under him to retake America, but two people stand in their way. The first is Adolf Hitler III, the mad grandson of the original fuhrer, who seeks to torture and kill the group. The second is Overman Hank Henshaw, a cyborg replica of the Man of Iron(The Superman of this Earth). 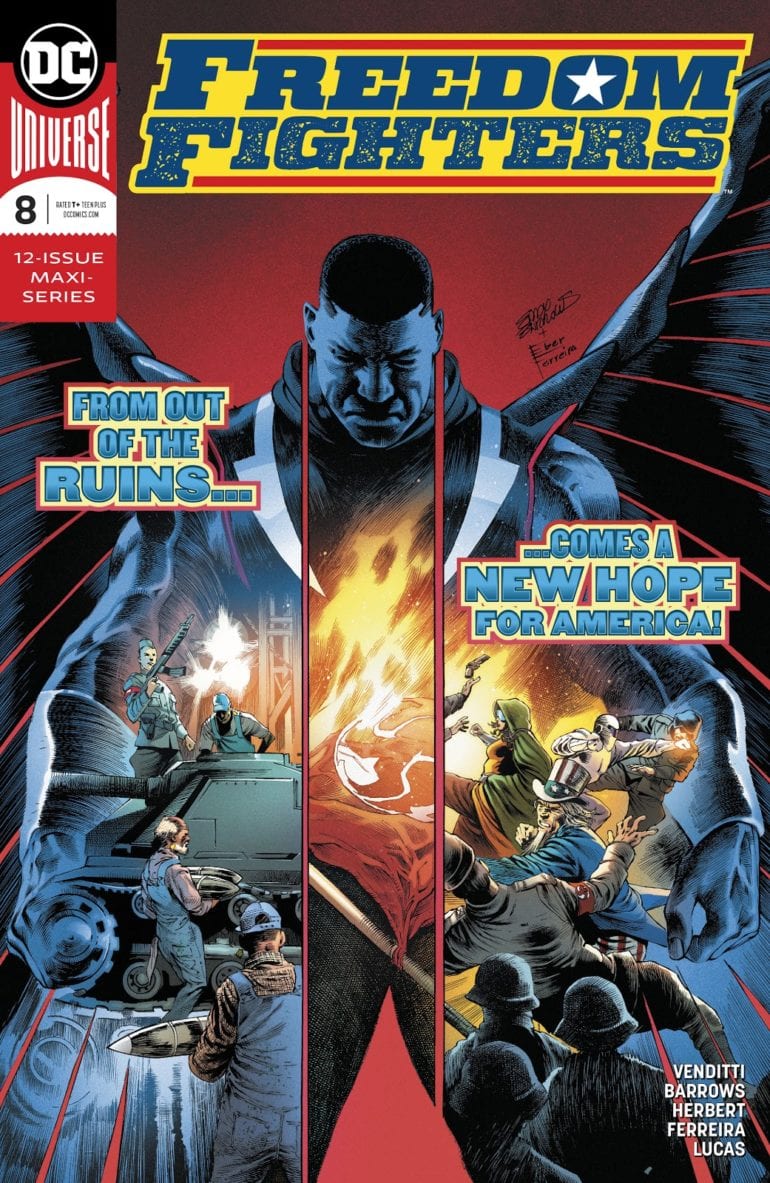 We open our tale over two decades in the past in the city of Detroit. We focus on an African American couple who gives birth to a boy in secret. That secret doesn’t last long as the Nazis come and steal the boy to prepare him for his work as a factory worker. We return to the present to see that the baby is Black Condor, who is going undercover to find the Plasstic Man creation formula in the city. The last time Condor was here was the day he escaped, using the wings he made, regretfully leaving his mother and father behind.

Black Condor and Doll Woman enter the camp with the mighty miniature woman keeping reconnaissance from the rooftops as Condor disguises himself as a worker. Little do the Freedom Fighters know that Plasstic Man is still in their ranks as a spy, preparing to expose the plan. 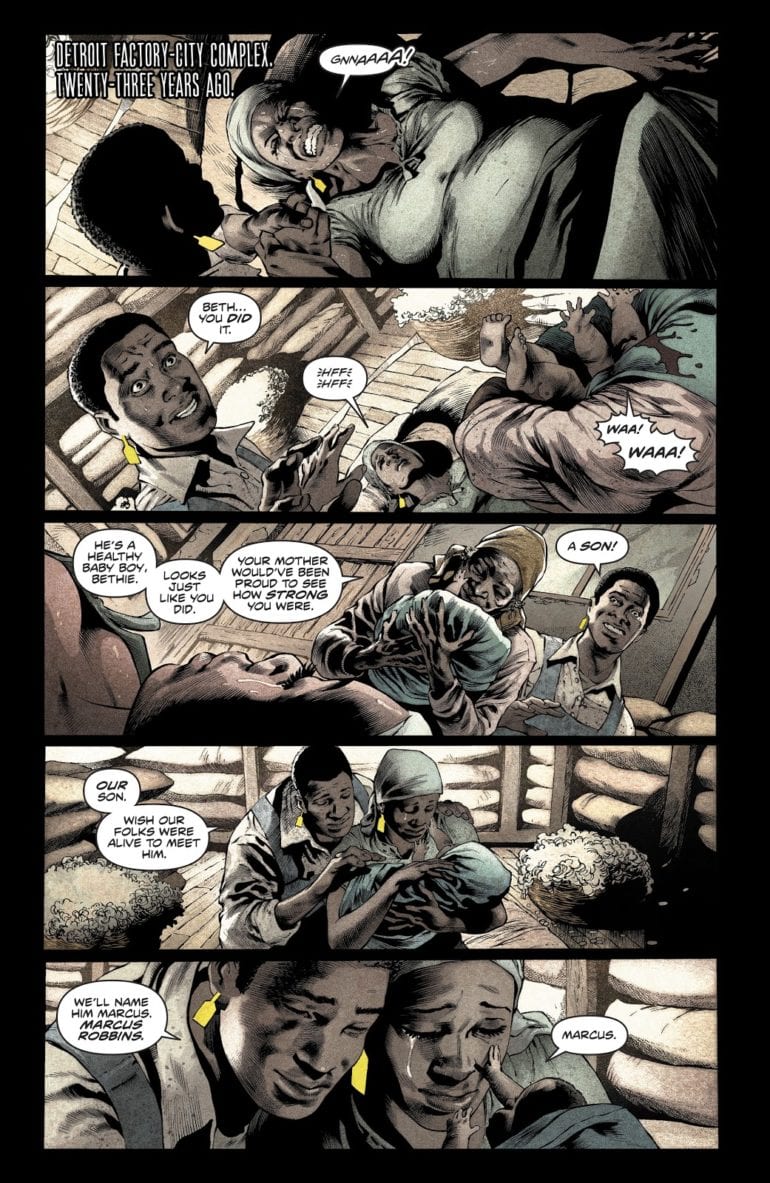 It’s honestly a pleasant surprise that we’re three-quarters of the series and it continues to excite. Seeing the origin and infiltration of Black Condor felt like a part of a war movie, with every tense moment pulling this reviewer to the edge of his seat. I was nervous when Black Condor was called out by a foreman. It isn’t that we haven’t seen scenes like this in past stories, but the setting and flashbacks make the entire issue feel tense in the best possible way.

The only downside of the issue is that they revealed Doll Woman was a Plasstic Man spy and it did nothing. I know the hope is the Freedom Fighters aren’t captured, but the last issue was spent setting this plot point up. By the end of this one, nothing comes from it. It’s a small part, but still an annoying nitpick. 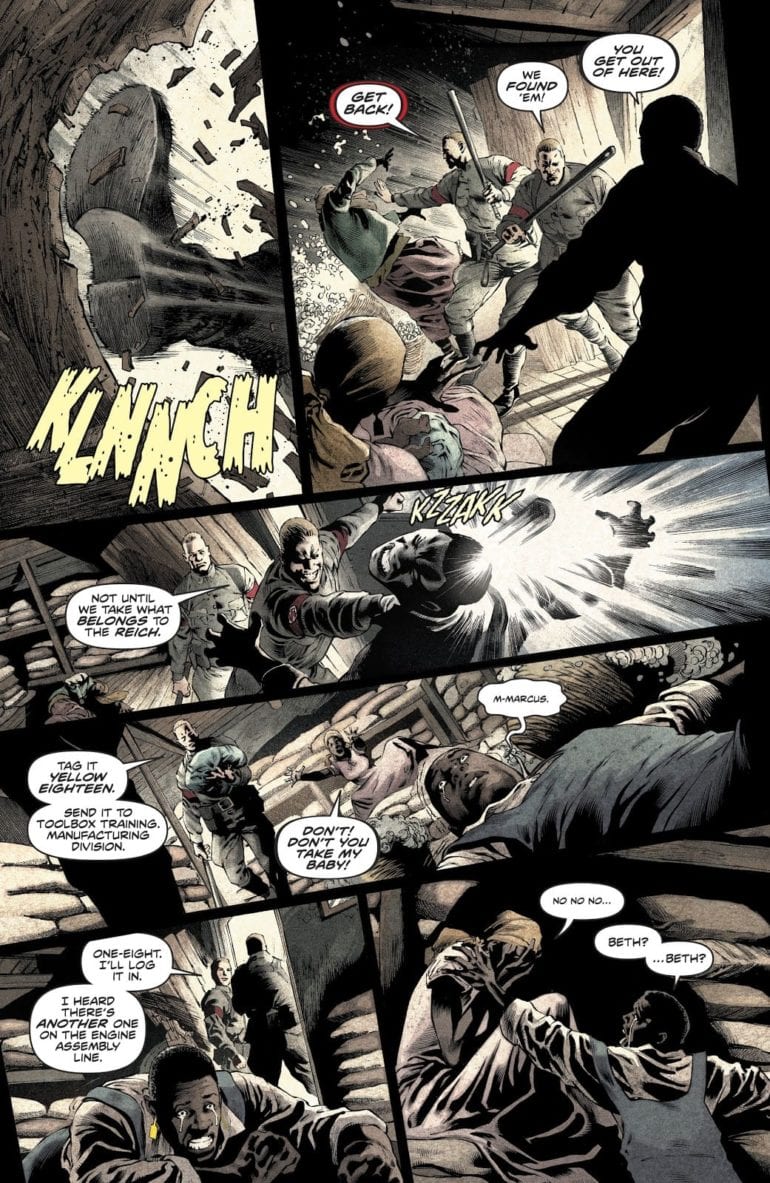 The art team has been going all out with every issue so far, and this one is definitely no exception. Every time we get a panel of Black Condor flying in Detroit, the whole city feels gigantic and genuinely frightening. The enslavement of the people can be upsetting to look at, but also fits the kind of world the series is based in. The colors and inks are also well done, giving dark tones and shadows to fill the reader with hopelessness until the brightly colored Black Condor makes his move. 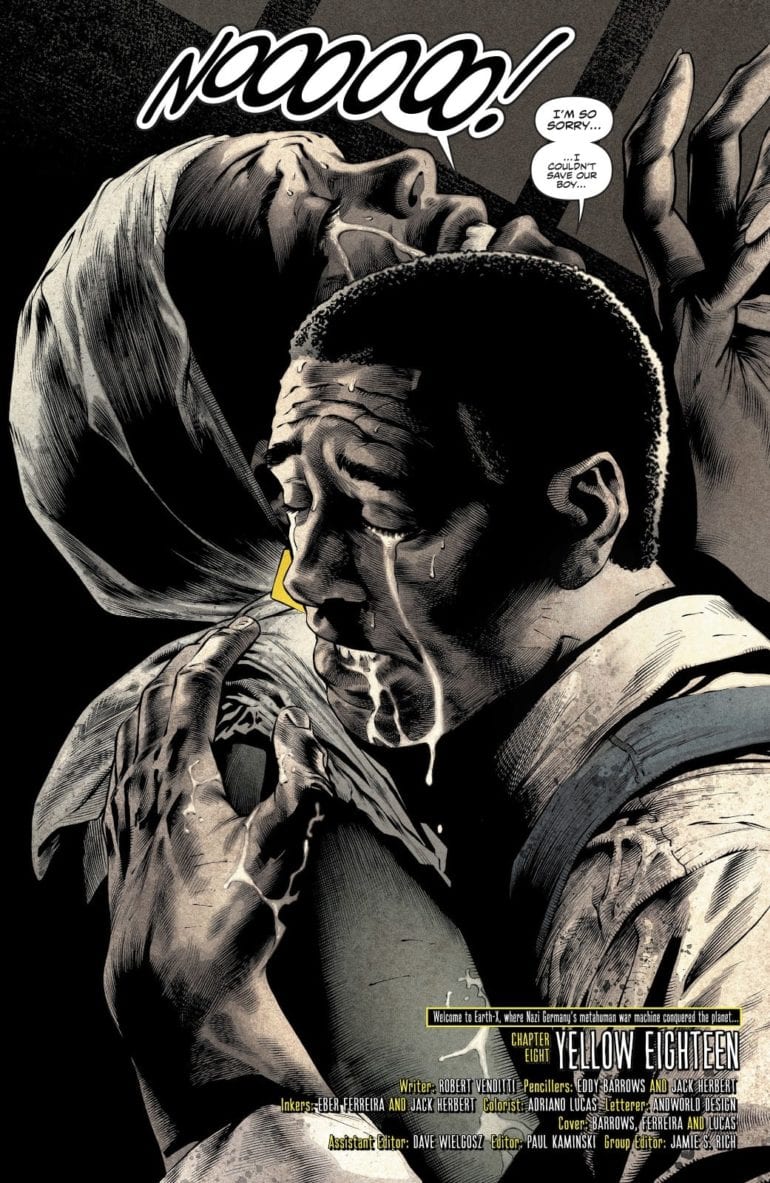 The Freedom Fighters continues to be the surprising hit nobody saw coming. The story is able to have tension rise as one of the members goes undercover and still give us an epic sequence to cheer for the heroes. The art team continues to go above and beyond, making this one of the more darker comics on the shelves. Overall, it’s still a great comic as we enter the final act.