From the pages of the Dark Horse flagship title Hellboy comes Frankenstein Undone #1. Written by Mike Mignola and Scott Allie, with art by Ben Stenbeck, colors by Brennan Wagner, and letters by Clem Robbins, this issue is a love letter to the horror classics that paved the way for the modern classics that populate the Mignolaverse. As Frankenstein’s monster ruminates over his sins, the creative team takes the opportunity to explore what it truly means to be human, even if you’re a monster. 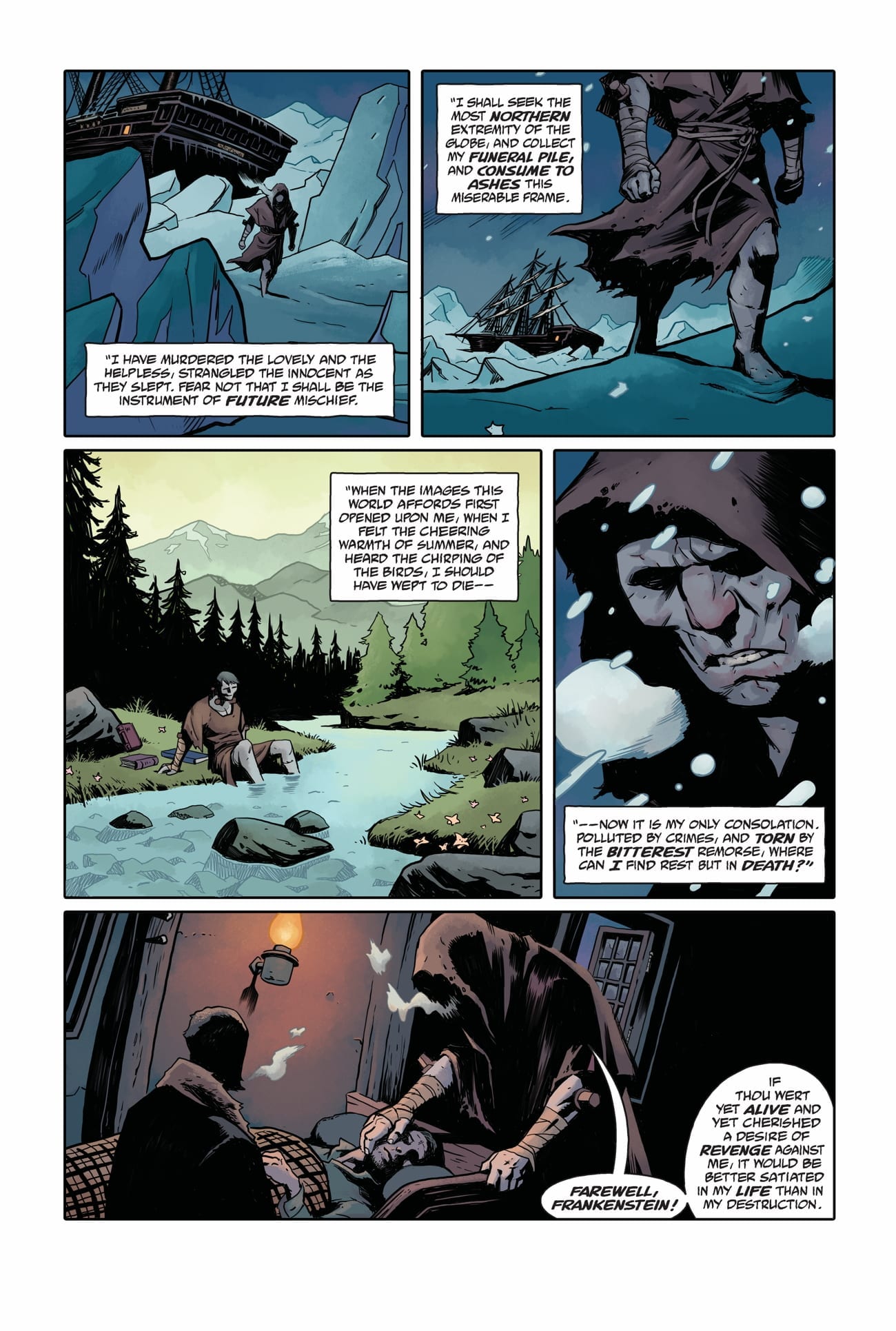 While Mignola and Allie often rehash the events of Shelley’s novel, they also set up a conversation that’s familiar territory for these Dark Horse regulars: how can something so ostracized and despised learn to be kind? Is it possible for beauty to be born of something that has only been taught cruelty? Sound like anyone? Mignola and Allie provide yet another monster with a bleeding heart. They remind us that our judgement and persecution can lead monsters to act as they are expected to. This philosophical shouting at the heavens will surely be the bedrock of the issues to follow.

Stenbeck’s art balances minimalism and detail with beautiful results. When Frankenstein’s monster stumbles upon a tragic scene, Stenbeck pulls back the details to spare us further heartbreak. Yet the details that matter remain. After a conversation over whether Frankenstein’s monster is a man, one character asks “Is any part of you not of man?” When Frankenstein points to the metal poles protruding from his neck, his finger barely extends. His reservations in making the answer clear, and the grief on his face as he does, is how Stenbeck shows the pain that comes with answering that question. 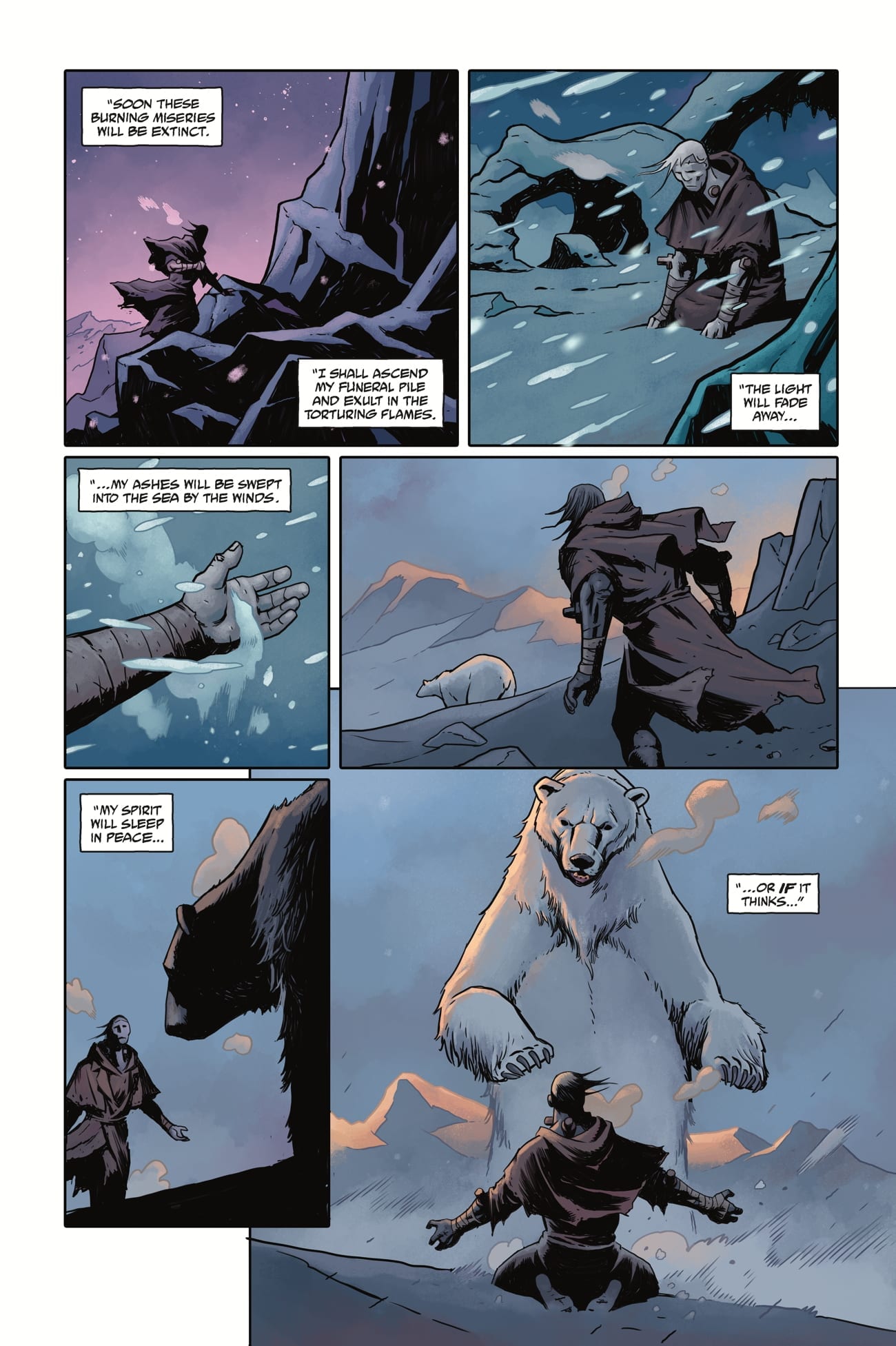 It’s tempting to say that Wagner had an easy job for this issue. Lots of white and grey landscape, the occasional dimly lit room. But it’s the fact that this issue still seems so vibrant that speaks to Wagner’s mastery of the craft. Northern lights cast beautiful glows, changing white snow to deep purple. Sunsets ripple along the water, and bloody carnage pops in unsettling clarity. No inch of the page looks mundane. Wagner puts his mark all over the work, with stunning results.

Robbins lettering is incredibly simple in style. All sound effects receive the same treatment, and the lettering never varies. At first glance, this approach may seem unimaginative, but Robbins knows lettering must serve the story. Robbins’ use of a set template allows this quiet comic to set its stride. Robbins graciously takes a backseat in this story, constantly parceling out dialogue into smaller chunks, making room for the art in each panel.

Frankenstein Undone #1 from Dark Horse is setting itself up to be another brilliant series in the Mignolaverse. With a creative team like this it's hard not to instantly fall in love with their work.FRANKENSTEIN UNDONE #1 Review: A Meditation on Shelley's Masterpiece