Nightwing #70 doesn’t hit your local comic book shop until March 18, but thanks to DC Comics, Monkeys Fighting Robots has a first look at the interior art by Ryan Benjamin.

The book is written by Dan Jurgens, with art by Benjamin, and cover by Mike Perkins.

Q: How many Nightwings does it take for one Joker to strike to get to the real one?

…and that’s not even the punchline—how will Ric interact with the Joker when he’s not quite sure which one of his two memories is the real one, and exactly how dangerous this clown standing before him is? Is this the issue where the Joker tracks down the real Nightwing—and is the Joker the key to the return of Dick Grayson?

What do you think of Jurgens’ run on Nightwing? Are you excited for Joker War?Comment below with your thoughts. 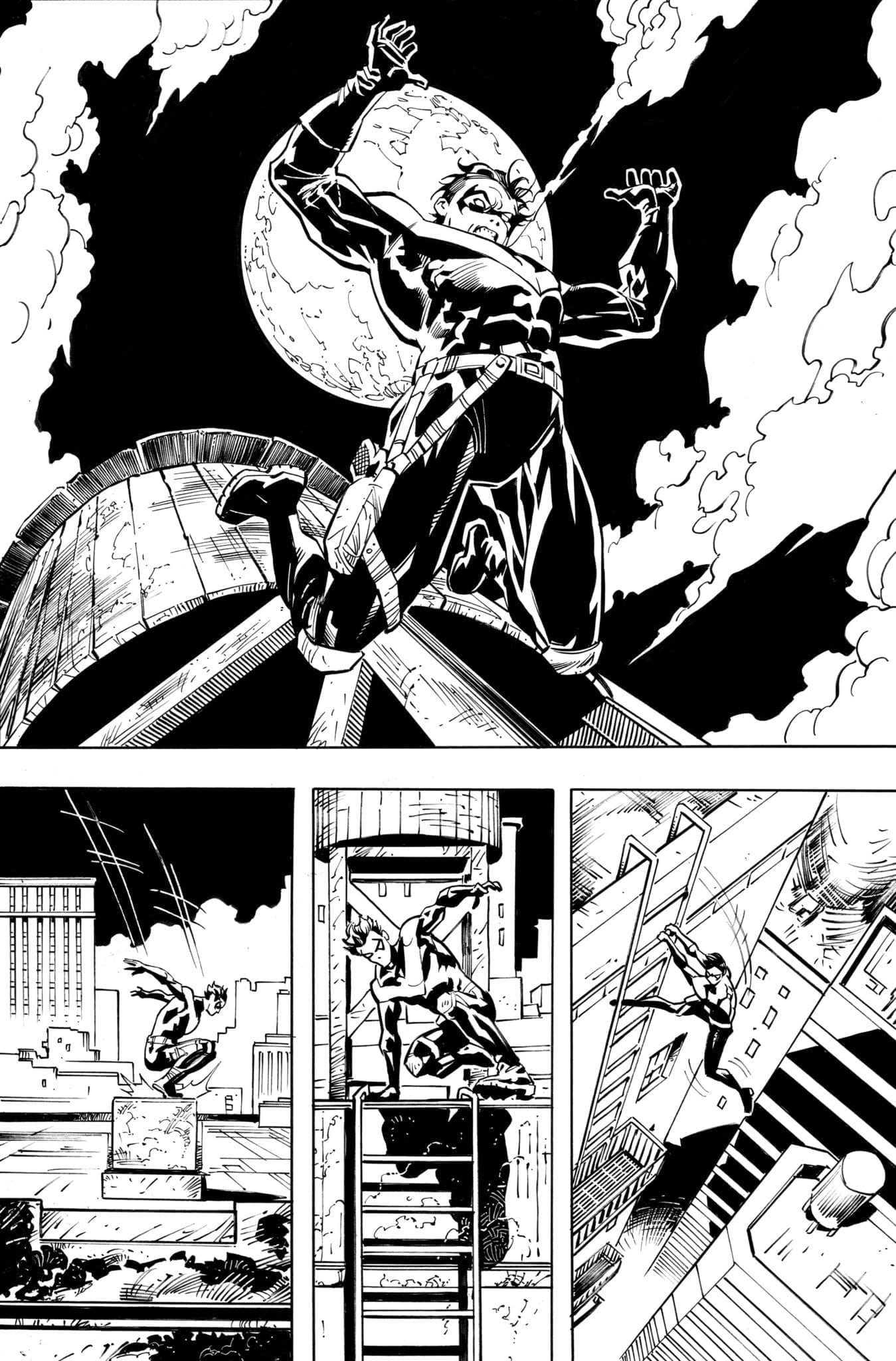 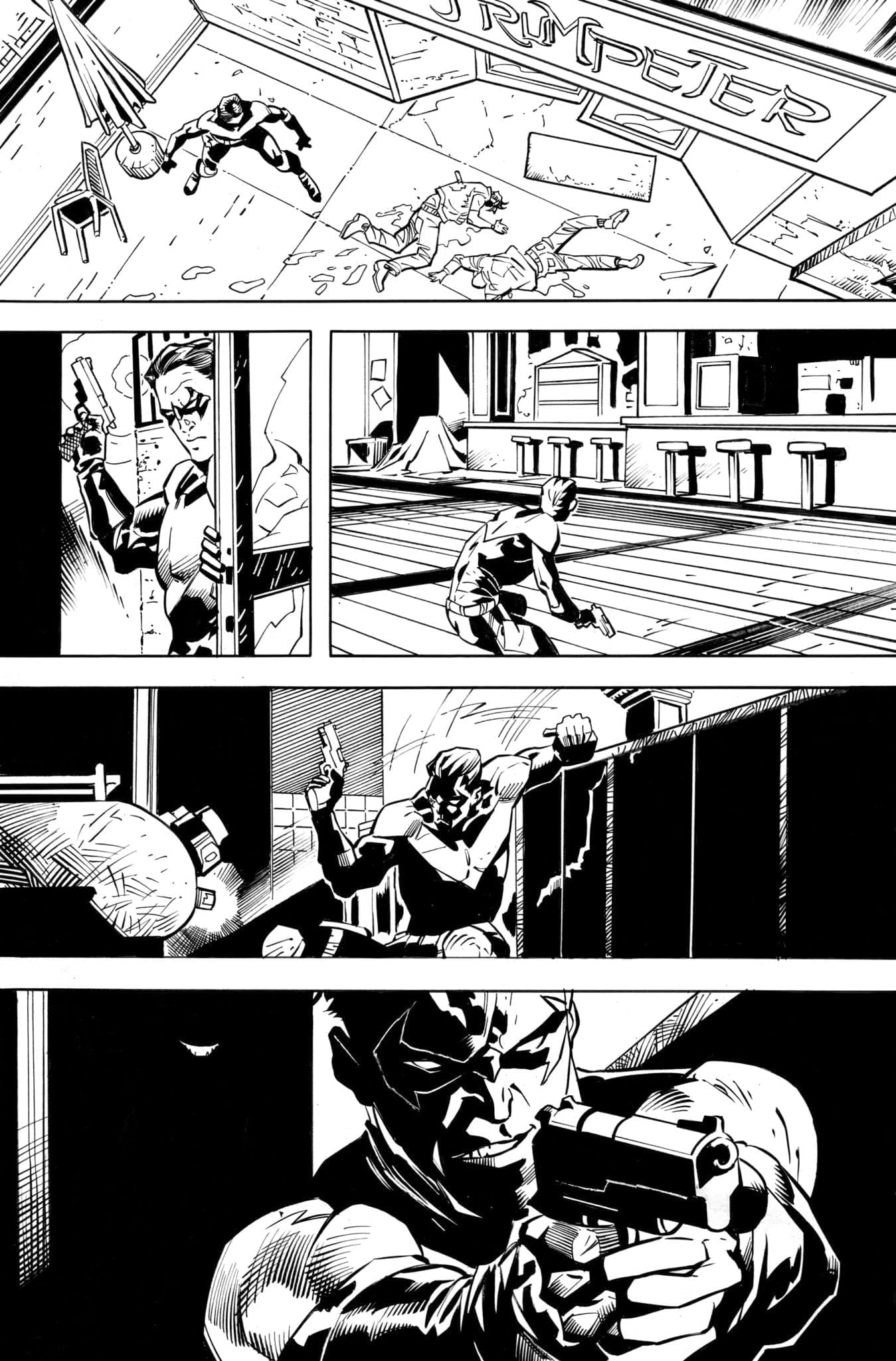 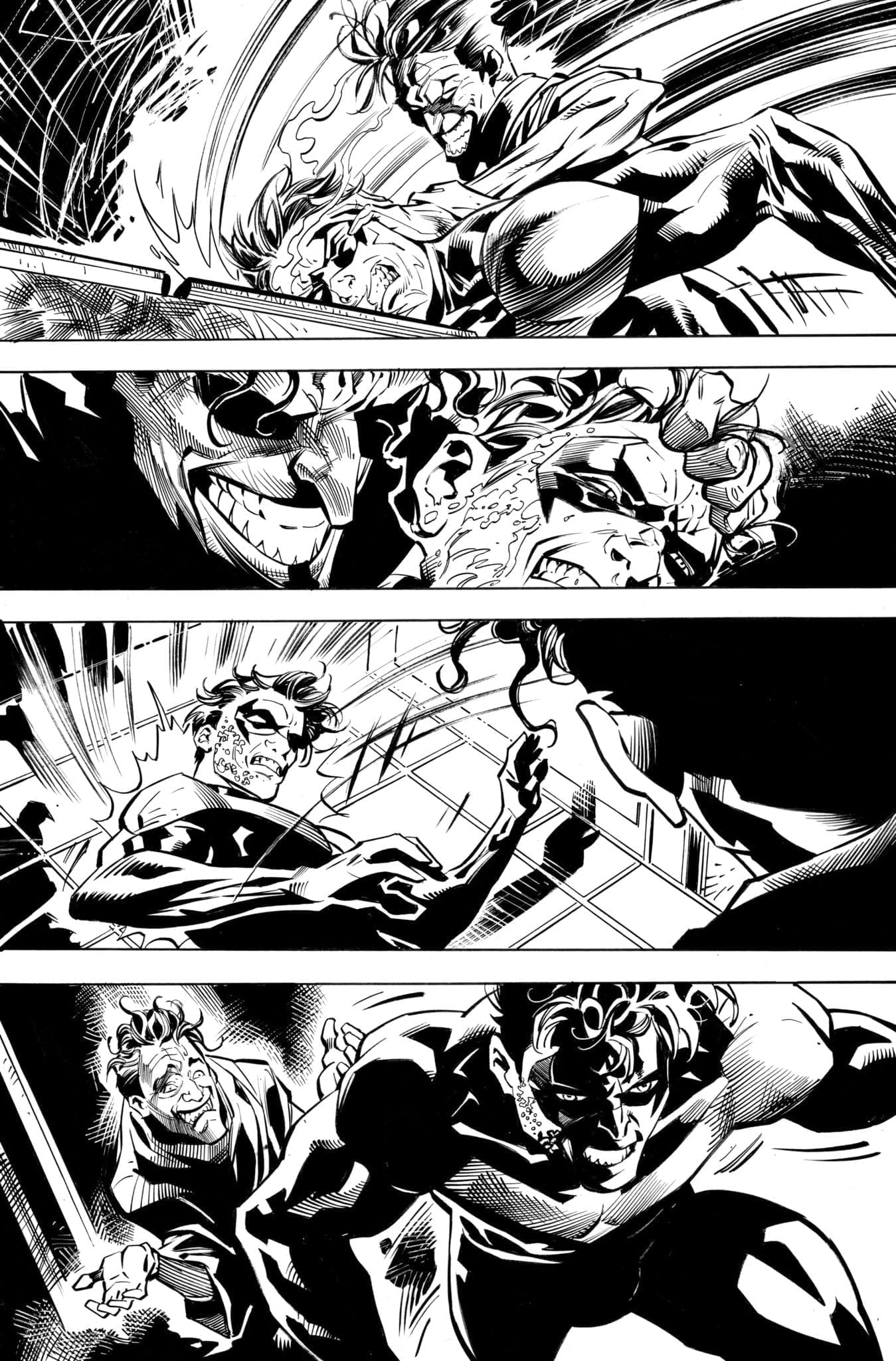 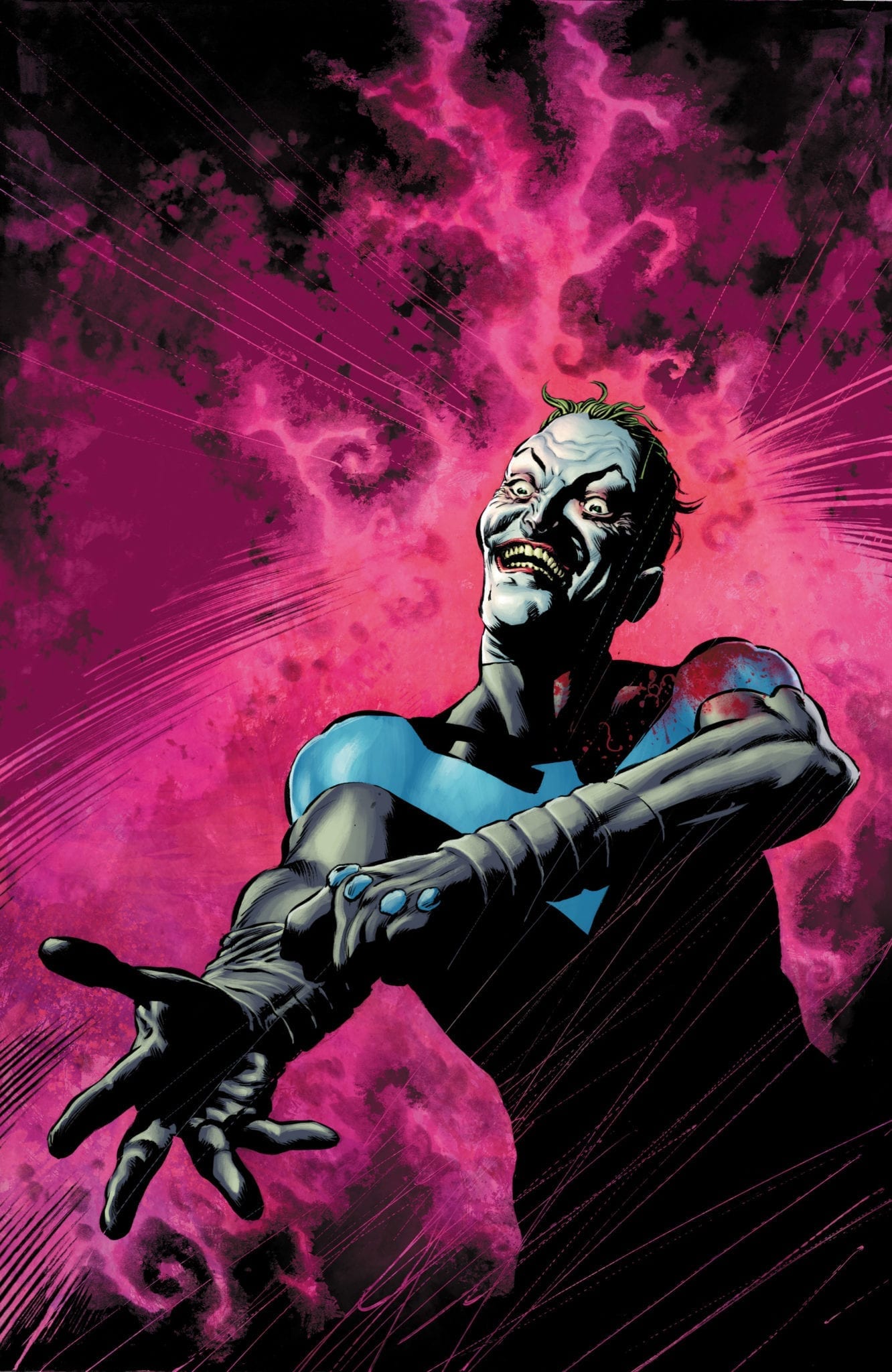 Bill Finger and artist Bob Kane created Robin, and Dick Grayson was first to wear the costume. Dick first appeared in Detective Comics #38 in April 1940. Marv Wolfman and George Pérez created Nightwing, and his first appearance was in Tales of the Teen Titans #44 back in July of 1984.