Unlikely Heroes Studios delivers a showcase of unpredictable stories that leaves the reader hungry for more.

Elsewhere Volume 2 has a Kickstarter campaign ending on March 17. Continuing this anthology in dedication to Unlikely Heroes Studios co-founder Zack Dolan are a mass of creative talents. Passionate creators craft an collection of short stories that span a diverse range of genres, moods and objectives. Some are short and sweet while others are pitches for something more extensive. Regardless, the art and imagination on display are wildly enjoyable.

Unlikely Heroes Studios is an indie comics company run by a team that’s spread throughout the United States. Founded in 2012, co-founder Zack Dolan used modern technology to connect his team to produce work like Super! and The Surgeon. Dolan unfortunately passed away on 2019, with the last of his artwork featured in the first Elsewhere book. Now, UHS continues to honor Dolan’s memory through series like Up In The Sky and The Unthinkables.

With Crushed, writer J. Michael Donohue delivers a surprising story where each twist and turn keeps readers on their toes. These brief plots are genuinely straightforward yet unpredictable, making them easy to digest and compelling to read.

The art by Jeremy Simser certainly adds to this feeling by bringing a large sense of scale. Plus, the bright colors by Roman Stevens, set against a cold night, produce a stark contrast, and Micah Myers provides impactful sound effects for every major action. 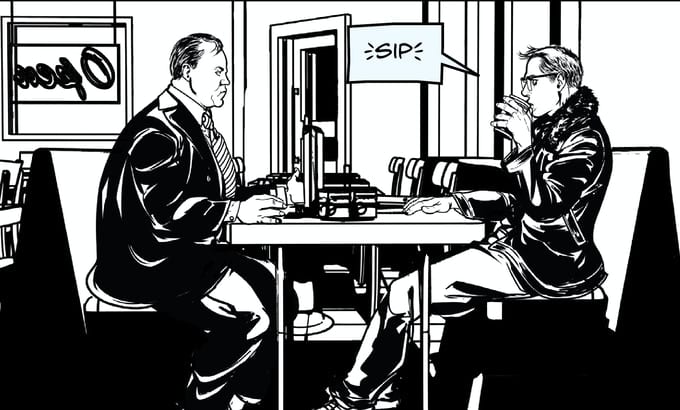 Other titles, like Stayin’ Alive, look like pitches for future series. The black-and-white coloring, along with the semi-realistic art, by Amelia Woo evoke the hard-boiled atmosphere of a detective story. The protagonist’s with a difficult past provides the story with a lead that the audience can invest in.

Of course, some of these Elsewhere Volume 2 “pitches” won’t be in UHS. Like when the entire Short Fuse Media network shows off a prelude to a Crisis Crossover, some of these stories will simply go down as one-offs that could have been more.

Probably the chapter/pitch that made the most notable impression in Elsewhere Volume 2 comes from Miss Medusa’s Monstrous Menagerie. The synergy of writer Paul Hanley and artist Matt Frank jumps off the page throughout the story.

Through the issue, the common experience of a stressful job interview can be felt adds extra realism to the narrative. Protagonist Laurin Stillevok’s confidence is rewarding, as far too many stories that feature this trope center around insecurity and failure. Stillevok’s ruthless boss, Gina Medusa makes the former even more sympathetic.

If Medusa’s red eyes and sharp tongue don’t scare you off, her animated snake hair sure will. It also helps that her office has a distinct window, as it features a prominent eye that makes her employees feel like Medusa is always watching them. Frank also utilizes plenty geometric and facial language to further establish Gina’s powerful grasp on the setting.

Unlikely Heroes Studios continues to impress comic fans with the amount of talent they attract. Elsewhere Volume 2 is full of imaginative, wildly unpredictable characters that make each story feel memorable. Some of them feel good enough to be standalone series, but if nothing else this book offers the reader an assembly of fun stories that are worthwhile.

What do you all think? Is this an anthology you want to invest in? The link to the campaign is up top and here.