Are Spoilers Necessary for Marvel and DC to Sell Books?

In spring of 2007 (the end of my junior year of high school), Marvel Comics released the aftermath of their Civil War crossover event. I had been following the event, but missed the last few issues. I didn’t know about the divisive ending, I didn’t know that everything in the Marvel universe did in fact change, and I certainly wasn’t in any rush to pick up the issues. That was until I decided to tune into The Colbert Report one night.

Wait… They killed off Captain America? How did that happen? Why did they do that? What’s going on at Marvel?

I had to know. The next day I immediately went to my favorite comic book shop and picked up all my missing Civil War comics, the issue where Cap died, and all other subsequent tie-in issues. That shock of discovering one of my favorite characters had died through another medium compelled me to know what happened. Stephen Colbert’s spoiler resulted in me sinking my money into Marvel Comics.

Nine years later it’s 2016. DC is about to release DC Universe: Rebirth #1, and Marvel is soliciting Civil War II. Both of these events were spoiled in one way or another. Someone leaked all the pages of DC Universe: Rebirth #1 online, and that led to a larger audience learning about Wally West and the Watchmen connection. Later in the year, Marvel revealed to the NY Daily News that Hawkeye killed Bruce Banner. Both of these sold great. DC Universe: Rebirth #1 was number one in sales in May. Civil War 2 #3 didn’t manage to top the sales chart, but it was comfortably in the top five for the month of July. Both comics also had quite a bit of buzz from websites, fans, and creators.

Let’s look at what’s going on now. DC has finished off a very successful year of Rebirth with more exciting stories on its way. Marvel is in the middle of another company wide crossover event with Secret Empire. And spoilers are still being used as a marketing tactic.

So not much has changed.

Last week (at the time of this article), before the new weekly releases, DC Comics revealed to USA Today that Batman would propose to Catwoman. USA Today’s article sported an interview with current Batman writer Tom King about the reveal. This of course made Batman #24 the most talked about comic of the week, and had numerous reactions from fans, critics, and even White House Advisor Kellyanne Conway. And while we don’t yet have the exact numbers, it has been reported that it sold very well in the past week.

At last. Hope for all. https://t.co/sLCyWyMntH

Spoilers are an interesting phenomena in geek/entertainment culture. There are people who take them very seriously, and there are others that don’t really mind. But, no matter what, they pique interest in the audience. I know I’m more likely to click on an article with “SPOILERS!!!” in the headline, because that usually makes me more interested. And sometimes I’ll forget about a product, and a spoiler will bring me back. I especially love watching people’s reactions to spoilers on YouTube. But it’s understandable why people avoid them like the plague.

But on to the burning question of the title. Do spoilers sell comics? In my experience they generally do, but it can depend on the spoiler and its effect on the audience. Many fans have been wanting to see Catwoman and Batman together, so the response has been generally positive. (The fact that the issue was well written didn’t hurt either.) The Watchmen reveal in Rebirth #1 got everyone talking and curious about how DC was going to make that work.

Civil War 2 #3 sold great, but it wasn’t met with the best response. Many fans (including myself) felt that the killing of Bruce Banner was a cynical ploy to get readers talking. Which in a way did work, but it didn’t have the impact that it should’ve had. The whole concept felt random and out of place. It sounded like Marvel just threw a dart against a board of their characters and shouted “Hulk’s dying next! Everyone feel sad!” Spoilers do sell a comic, but the spoiler needs to matter. It needs to have purpose, and really get people invested. After Hulk’s death, Marvel kept trucking along with their comic series and jumped to the next big reveal. They didn’t really give the event time to settle in and examine how it affected everyone. Cap’s death in 2007 was huge, and there were multiple series dedicated to how everyone reacted to his death. The spoilers don’t work as well if they’re only there for shock value. DC is following up on the Watchmen reveal with numerous events and teases to make the spoil worthwhile. These events were spoiled, because they were too good to keep secret. They had to be shared. And they had to be followed up on.

It sounds paradoxical, but spoilers can save a series. So, don’t underestimate the power of a good spoiler. They can reel an audience back in one fell swoop. So much so that I’m willing to bet more than a pretty penny there are a lot of people who are dying to know what Catwoman is going to say to Batman. Just like I was dying to know what was going to happen in the Marvel universe after Stephen Colbert revealed to me that Captain America died back in 2007. 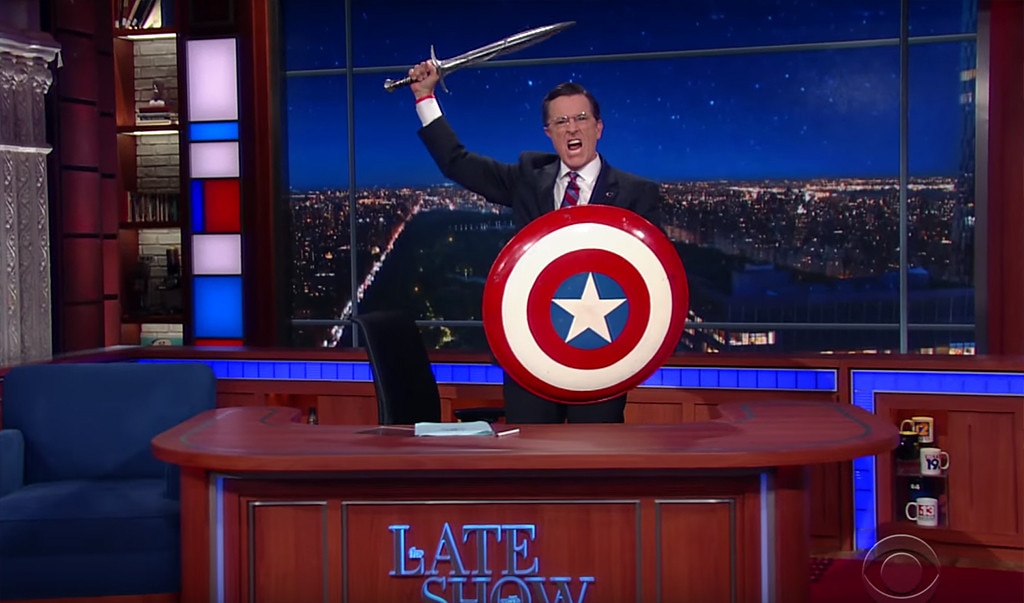