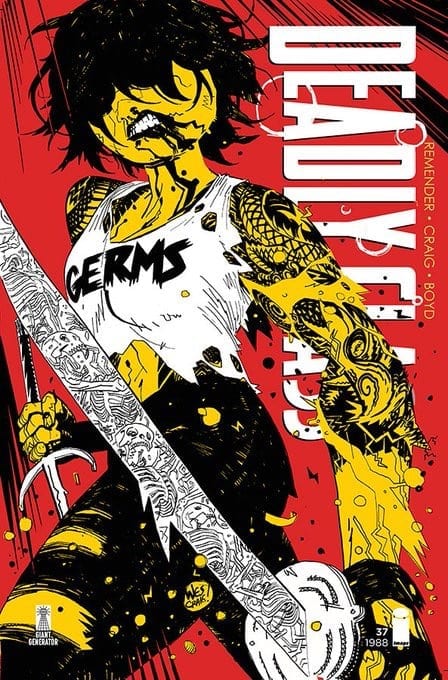 Saya and her f*cked up family drama continues to take center stage–and for good reason. Quan continues to see his stock fall after betraying his fellow classmates. Saya’s brother, Kenji, has been slowly becoming one of the best adversaries our cast has faced.

Deadly Class #37 focuses entirely on Quan, Saya, and Kenji’s gang. Remender has really put Quan threw the ringer in service of Kenji. His role at the bottom of the totem pole serves as a reminder of how sick and twisted the series can be.

Kenji treats his gang to a night out at a brothel and it gets pretty vulgar before the fireworks begin. Remender has done an exceptional job at slowly but surely molding Kenji into a fully-formed villain with a clear objective. 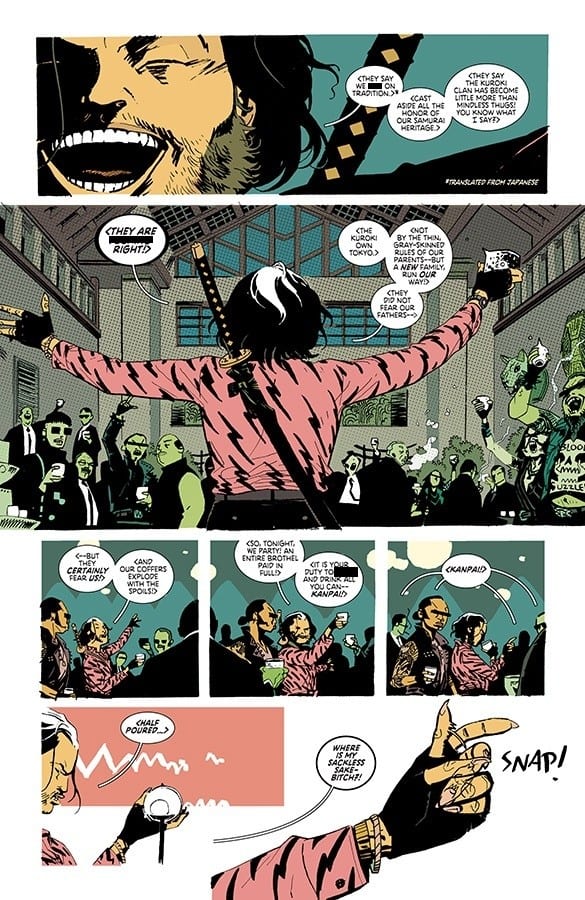 This whole chapter of Deadly Class has pushed Saya back into the forefront, even if she spends a lot of it as a captive. At the end of issue #37 she’s primed and ready to get back to work–weapon in hand. She also dispatches of Quan in a shocking moment after his desperate attempt at redemption.

Saya and Kenji’s inevitable showdown will most likely be a memorable and explosive epic. As much as I would like to get Saya back to Marcus and the other students, her family saga has been highly entertaining and I wouldn’t mind lingering a bit longer.

Wes Craig delivers another platter of brutal action and stylistic sequences. There is nobody else in comic books right now that illustrates action and chase sequences as effective as Craig. Every time the pace picks up, it’s a shot of adrenaline directly into the reader’s brain. 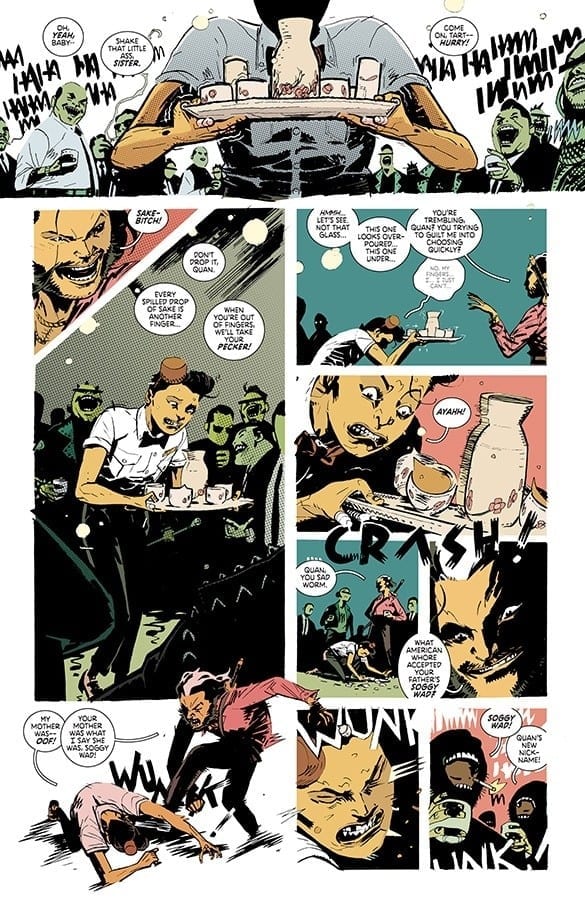 Colorist Jordan Boyd is an underrated member of this creative team. Boyd’s work on this series gives an added layer of style and appeal. The old school color pallet and subtle deployment of that beautiful red blood helps this book continue to stand out in an era full of creative comic book art.

Deadly Class is one of the strongest long-running ongoing series. Remender, Craig, and Boyd are a creative trio operating on another level that many teams can’t maintain for this many issues. The series continues to get better and better, still keeping us all on our toes.

DEADLY CLASS #37 - Saya's Family Saga RulesDEADLY CLASS continues to be one of the best long-running ongoing comic books. Remender, Craig, and Boyd are another level.