Dead End Kids #1 is the new book from Source Point Press, written by Frank Gogol, with artwork by Nenad Cviticanin and letters by Sean Rinehart. If you’re looking for a story of mystery, friendship, and a murder most foul – this will be right up your alley. 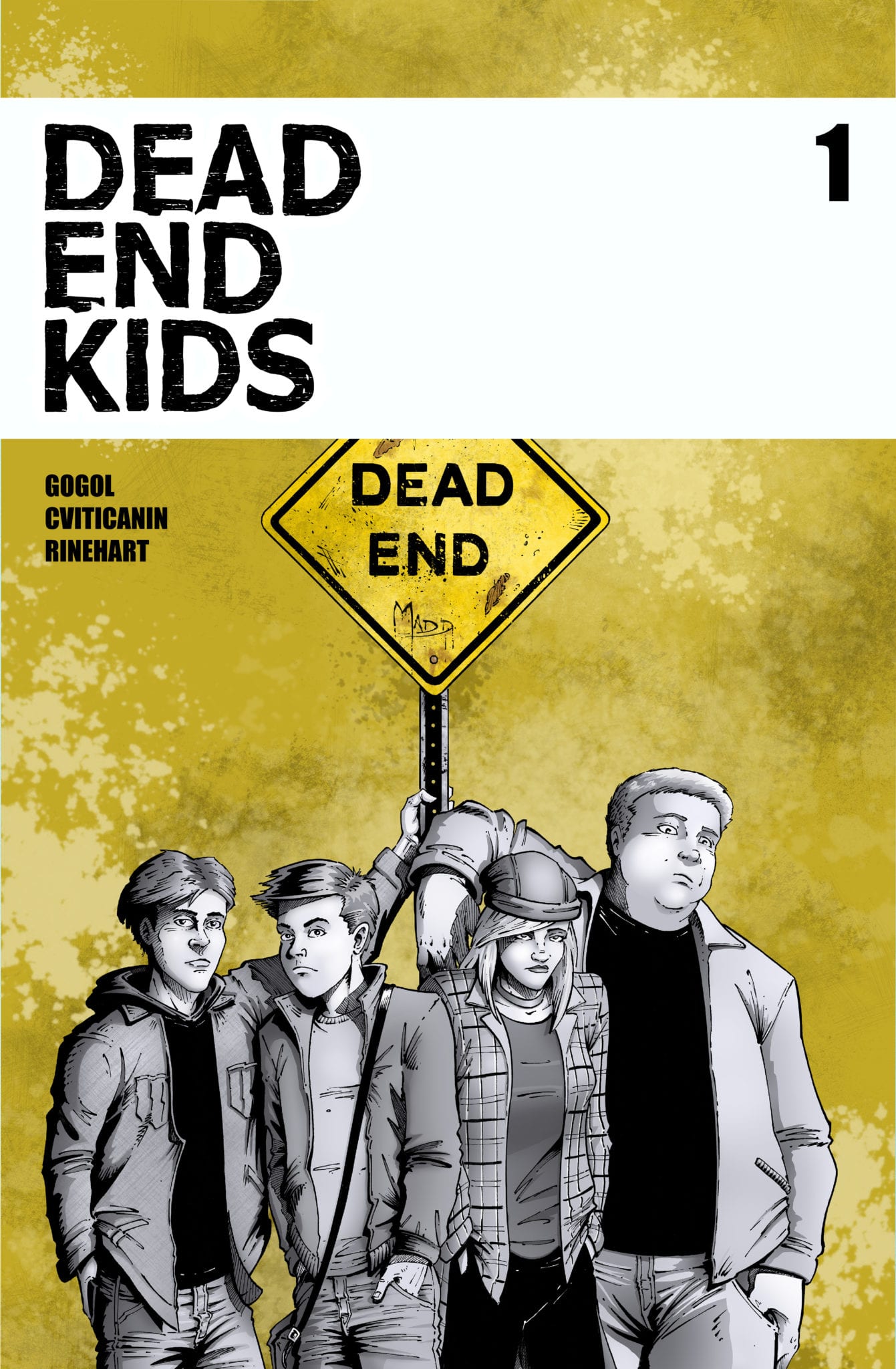 A new 3-issue mini-series from Source Point Press! Issue #1 hits stores July 24th, 2019. It’s 1999. Ben, Murphy, Tank, and Amanda are four screwed-up kids from broken homes, but they have–had each other. When Ben is murdered, Murphy and his friends set out to find who killed him and find themselves in the crosshairs. Dead End Kids is a dark coming-of-age murder mystery set in the 90’s from the creative team behind 2018’s critically acclaimed GRIEF.

If there is one thing that writer Frank Gogol got right in the first issue of Dead End Kids, it’s his capturing of the isolation and mundanity of suburbia in the dead of winter. The first few pages work well to introduce the setting, the characters, and what’s to come. The narration is reminiscent of American Beauty, letting the audience know that there is some kind of darkness lurking in this quiet, run-of-the-mill town.

Much like the town itself seems somewhat isolated from the rest of the world, the characters we follow seem to be secluded in their own right. They are loners, outcasts, even among their families, but found a deep connection in one another. This notion is admirably explained in the book’s opening pages, showing each teen’s relationship with their respective parents. That dynamic has been forever changed, which sets the remaining friends on the hunt for a killer.

Gogol makes it clear that the mystery is not as simple as the eponymous Dead End Kids are make it out to be. The death of their friend will send them down the deepest, darkest paths of their hometown, and will hopefully also learn something profound about themselves along the way.

Artist Nenad Cviticanin really helps amplify the bleak setting in Dead End Kids. You can feel the cold coming through each panel, as well as the air of death that hangs over this small town. The style is somewhat reminiscent of the work of Daniel Clowes (Ghost World, Eightball), who specializes in artwork that depicts the drabness of nowhere, America. Furthermore, the backdrop of a winter-capped landscape are filled with shades of grey and purple, exemplifying the stark and desolate aesthetic.

The first issue is a satisfying introduction to the characters and story of Dead End Kids. It’ll certainly make you want to go on this life-altering journey with these teens.

Dead End Kids #1 hits comic shops on July 24, and will also be available to purchase on digital platforms, including Comixology, Spinwhiz Comics, and DriveThru Comics.

The first issue is a satisfying introduction to the characters and story of Dead End Kids. It’ll certainly make you want to go on this life-altering journey with these teens. Review: DEAD END KIDS #1 Is A Somber Murder Mystery