DC Comics Is Having Fun Again

With DC’s latest crossover event (Convergence) over, creators have used this opportunity to start fresh with some of its properties. There’s a feeling of a clean slate here, DC is more focused on character specific stories, rather than crafting a large universe with multiple crossover events that are just confusing. The new run, DC You, is crafting fun, exciting, and intriguing stories by going deeper with each character, and making them more appealing to a wider audience.

And it’s about damn time.

The New 52 had some fun and worthwhile stories, but there always was an excessive amount of editing that constrained the writers. It felt like DC was trying to recapture the success of Blackest Night, and Flashpoint, so there was more emphasis on building up to bigger event stories. Sometimes it worked like with Forever Evil and some times it didn’t like with Trinity War.

This new launch (as stated before) puts the focus back on the characters, and the writers aren’t so worried about connecting everything to a larger universe anymore. And it’s definitely a positive influence for the market: sales are higher, reviews are better, and customers are happier. Now there’s probably some big crossover event coming up, but now, we as readers can enjoy these comics without worrying about the larger connected universe.

A great example of this is JLA #1. The comic features the seven main Justice League members, but it doesn’t worry about the current continuity. It is completely self-contained and easy to hop into for newer and older fans. It’s nice to have a book that is independent of the main continuity, and fun to read. There’s no need to pick up any other books, because all you need to know is right in the comic. And this book is definitely worth picking up. It reads like an episode of the Justice League cartoon, but with bigger stakes. 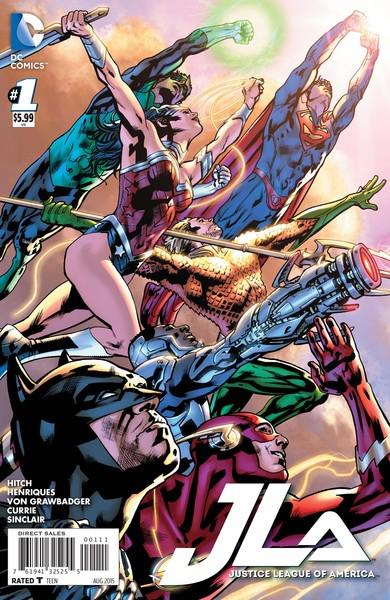 There’s also an emphasis on re-imagining certain superheroes, and giving them their own books. For example, fan favorites like Starfire and Cyborg are finally headlining their own solo series. Rather than just give well-known superheroes a gender swap, or randomly reinvent them with no real purpose, or claim to shake up the status quo for shock value, DC is now focusing on characters that have had established fan bases and giving them the chance to shine to a hungry audience.

Characters like the aforementioned Starfire and Cyborg are known for having a huge fan base from the Teen Titans show. The two characters are now being crafted more like their  TV counter parts than what they were like before hand. So, we will no longer have to endure the awful writing on Starfire Scott Lobdell gave us in Red Hood and the Outlaws. DC is going back to basics with these wonderful characters that we as an audience have asked to see for a while. The creators aren’t planning to create some strange new crossover event, they’re giving us character specific stories with their own problems and issues.

Not every comic has to build up to some Death of the Family level event. Instead we can see some of the characters that don’t get into the limelight very often. Starfire’s series just came out last week, and it’s already an improvement from when we saw her before. It’s a much more fun, and colorful series.

And it hasn’t been stopping there. Longtime Superman villain, Bizarro is in his own book. The dimwitted super villain is on a cross-country trip with Jimmy Olsen. It’s a hilarious comic that involves every mishap imaginable, and is very much written like a Tommy Boy esque buddy movie. Not every comic is a silly, fun series. Black Canary is also in her own book now, as the leader of a rock band that she constantly needs to defend with some awesome kung fu. And to go even further, the solemn Martian Manhunter is now headlining his own book that’s filled with an intricate intergalactic mystery that’s a real page turner. 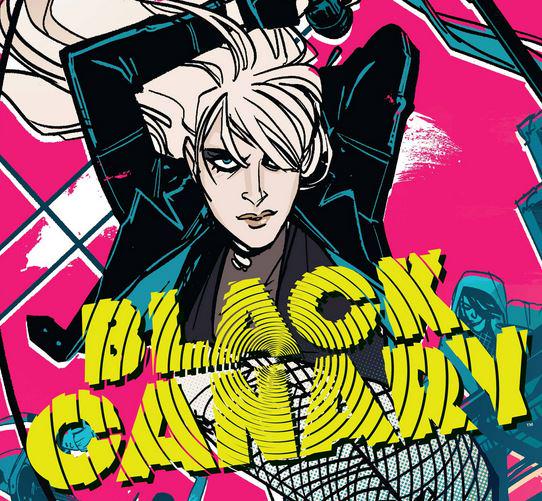 The beauty of these books is that DC Comics is going back to the core of these characters. They aren’t worried about a larger universe, or shaking things up, or attracting a new market. They are letting these characters speak for themselves, and growing from that. This could lead a new age of fun comics that don’t need a gimmick, or a massive change to make themselves look better. They just need to go deeper with some of their properties and see how to evolve them.

Now, to be fair, its way too early to tell how this is going to play. It could fizzle out due to low sales, or poor reviews, or more editor meddling. But, now, it’s great to see DC comics have more fun, and exciting books to read. It’s a great new step for them to take, and it’s probably the best time for new readers to get into comics.