Freedom Fighters #10 hits your local comic book store next week, but thanks to DC Comics, Monkeys Fighting Robots has an exclusive four-page preview for you.

About the issue:
Uncle Sam is mad as hell, and he’s not going to take it anymore! As revolution takes the nation by storm, the spirit of America is running through Uncle Sam’s veins as strongly as it ever has, and he’s going to use that boost to take on the whole Nazi army! But is this power and the aid of the Freedom Fighters enough to liberate his great nation and end the Nazi regime for good?

Freedom Fighters #10 is by writer Robert Venditti and penciller Eddy Barrows, with inks by Eber Ferreira, colors by Adriano Lucas, and letters by AndWorld Design. The cover is by Barrows, Ferreira, and Lucas as well.

See what MFR critic Jody Cardona has to say about the series: “Freedom Fighters continue to be the underdog series that deserves to be in the spotlight. It’s gritty, action-packed, and just a fantastic time. Even with these giant action sequences, there is a finely written story woven in. I highly recommend this comic as well as the series.”

Check out the Freedom Fighters #10 preview below: 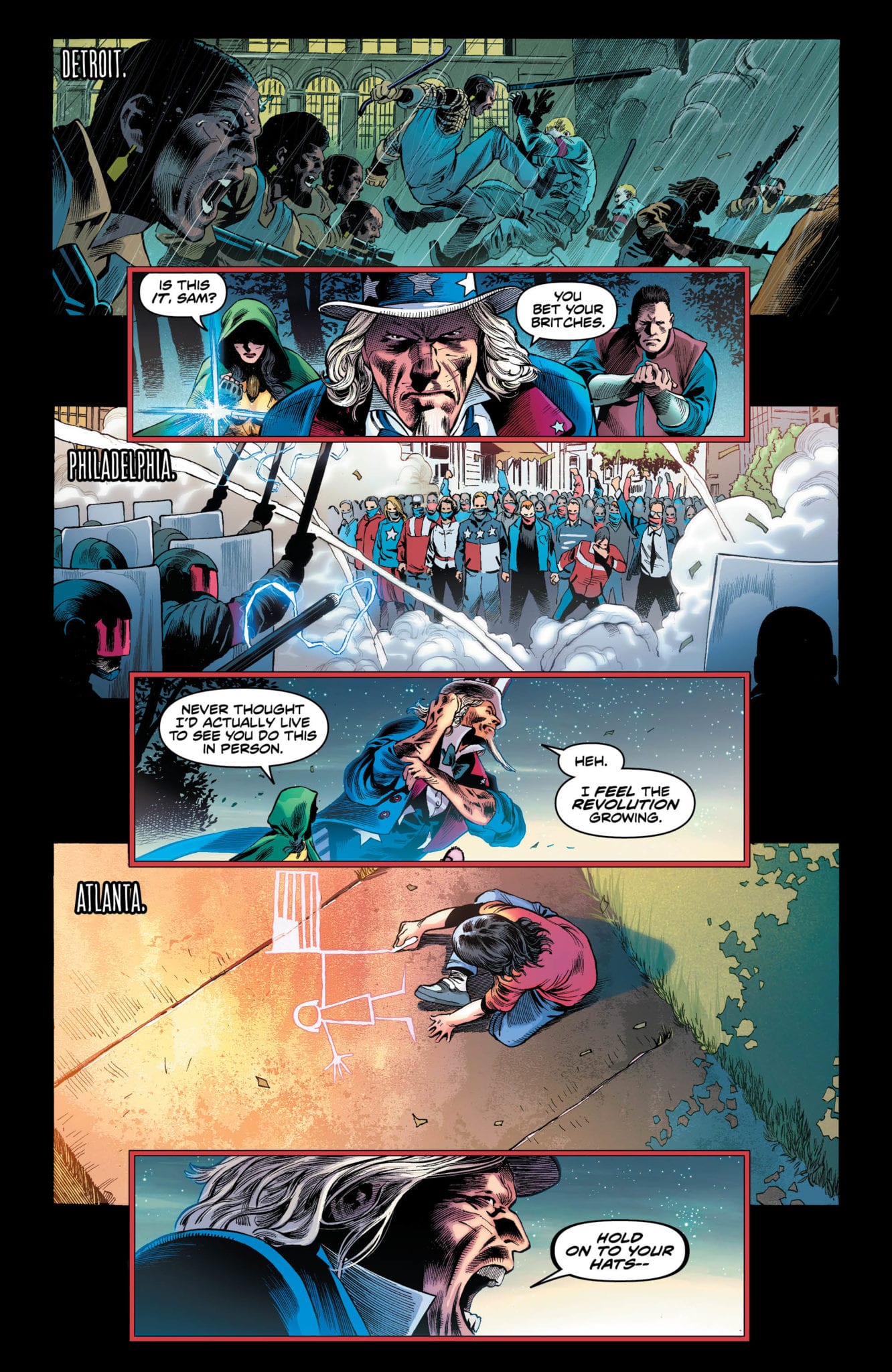 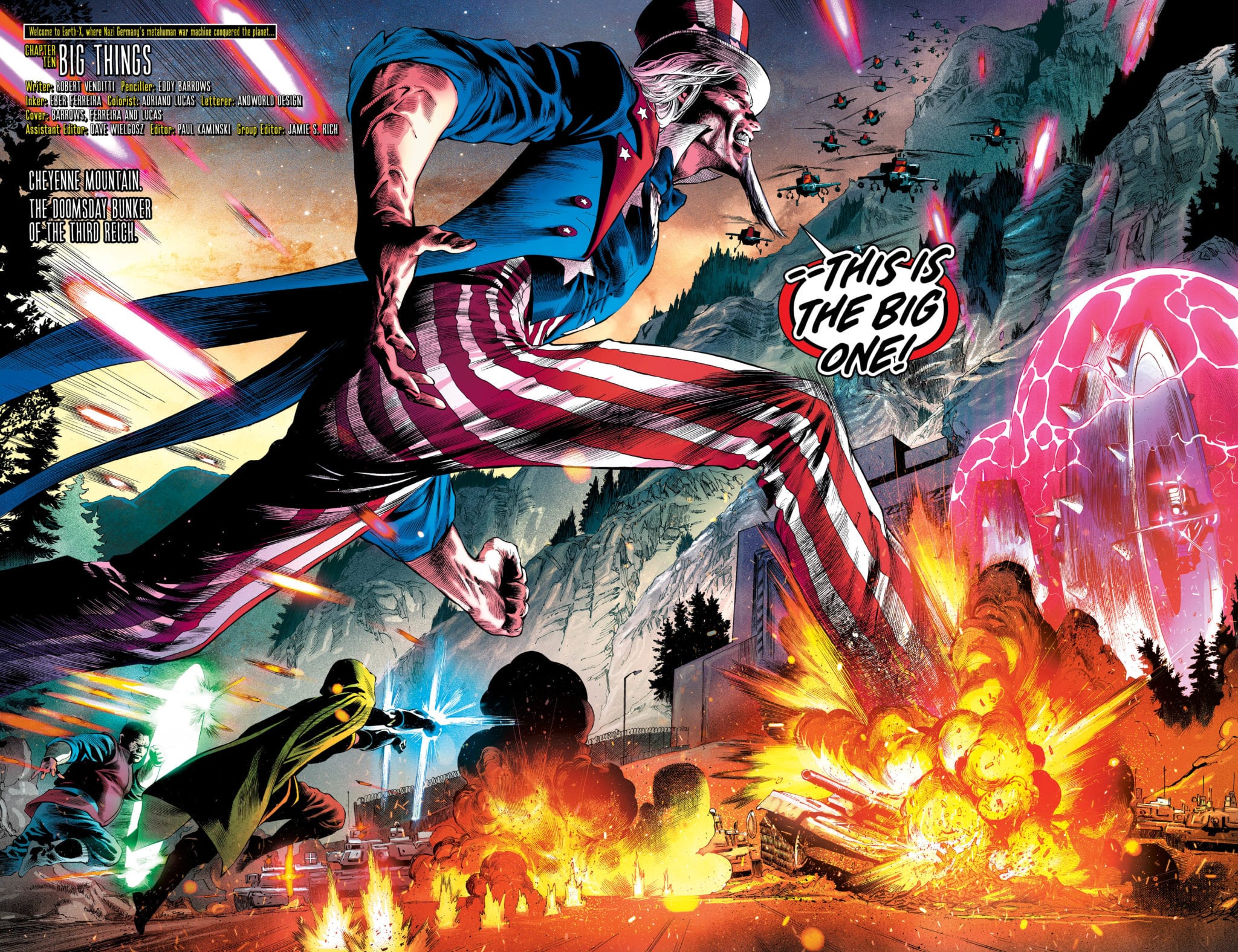 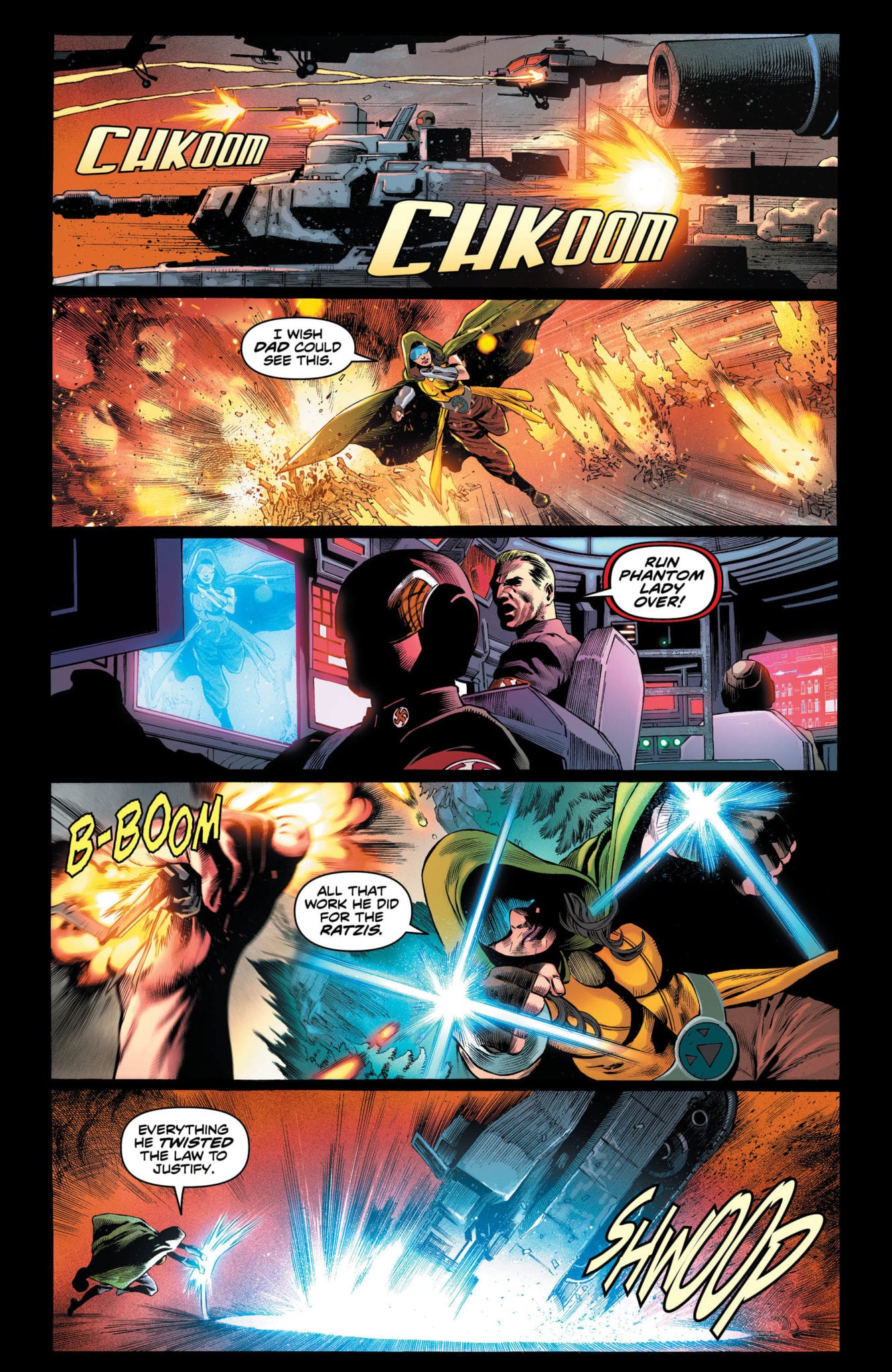 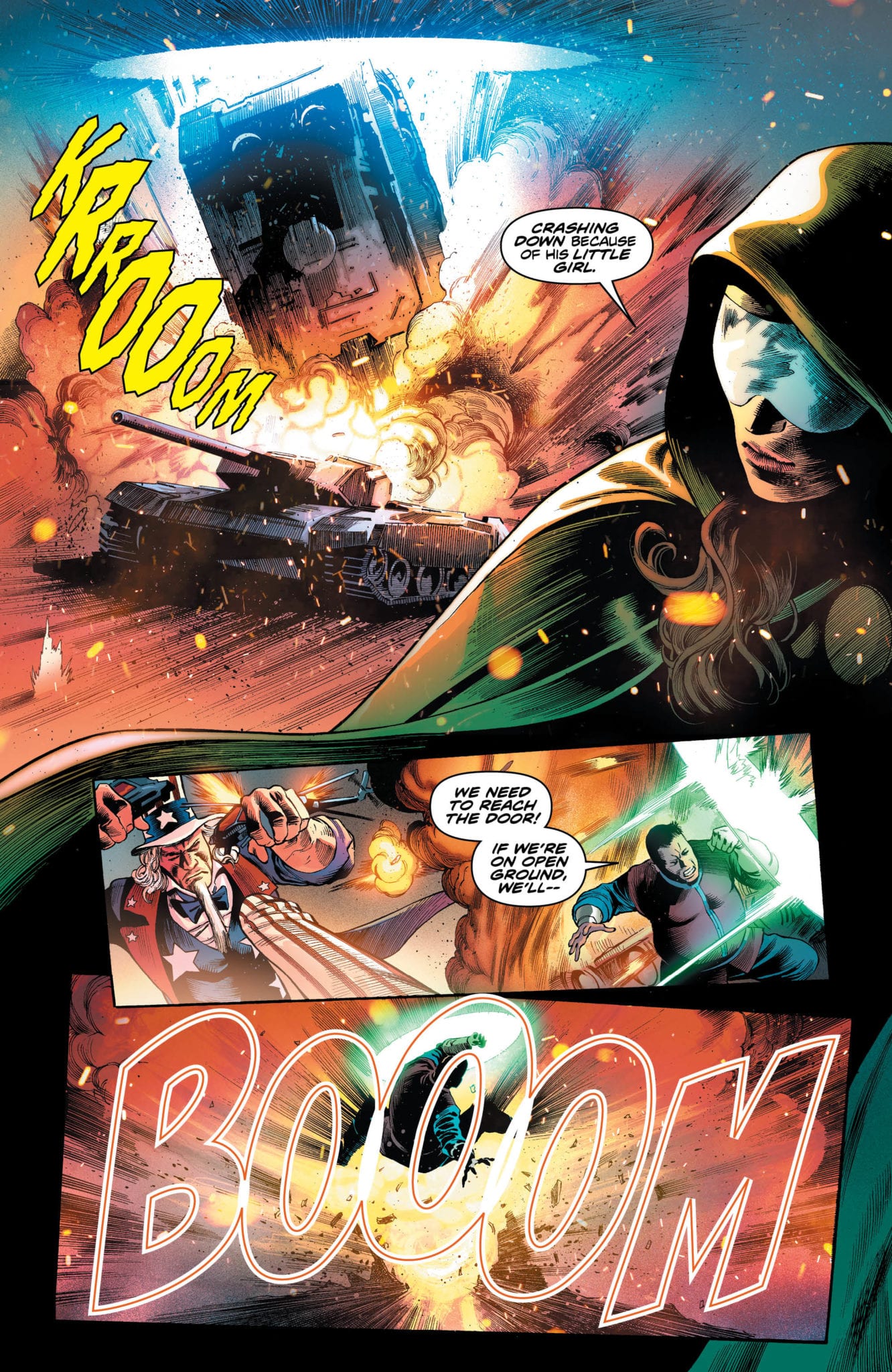 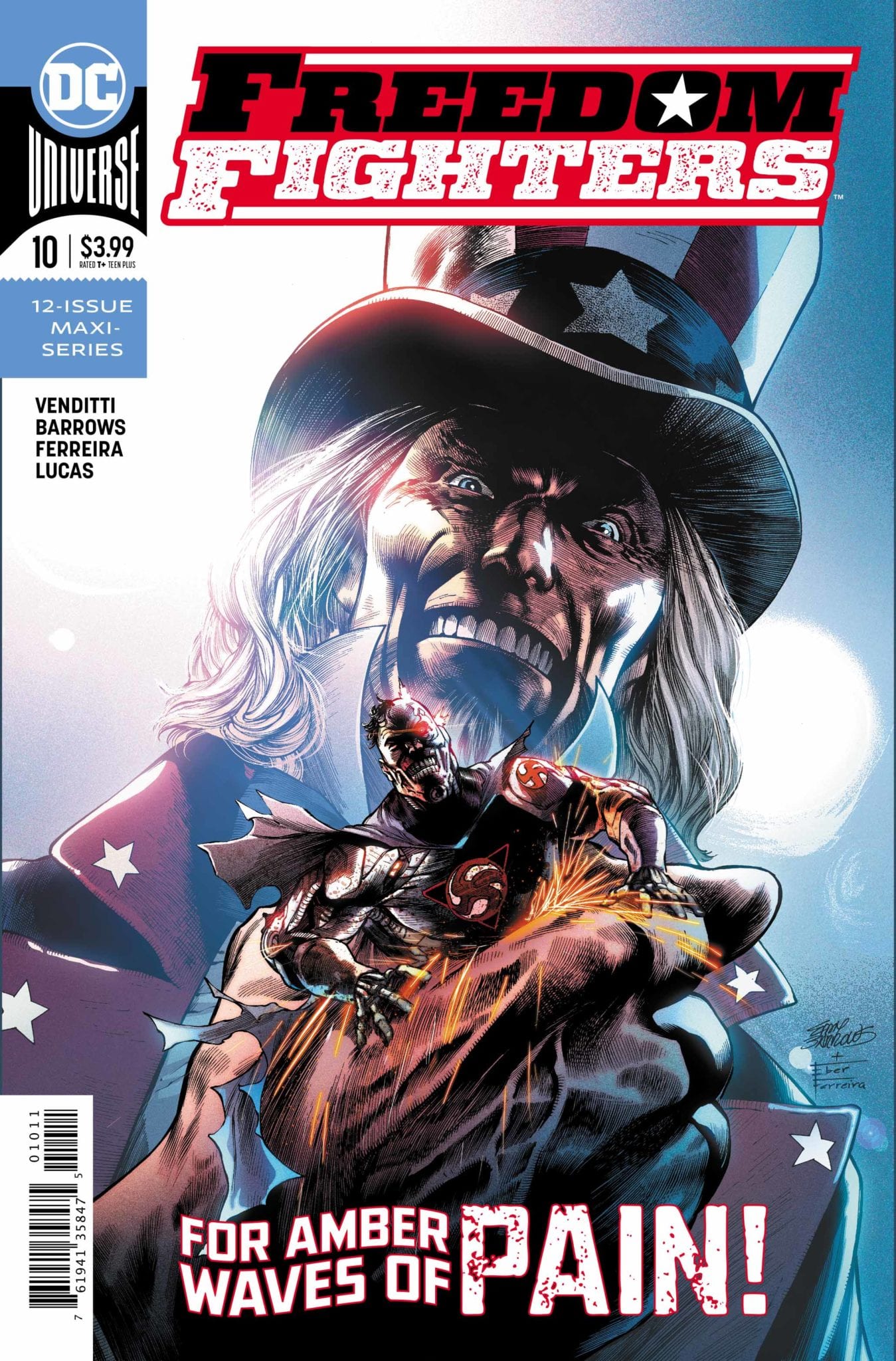 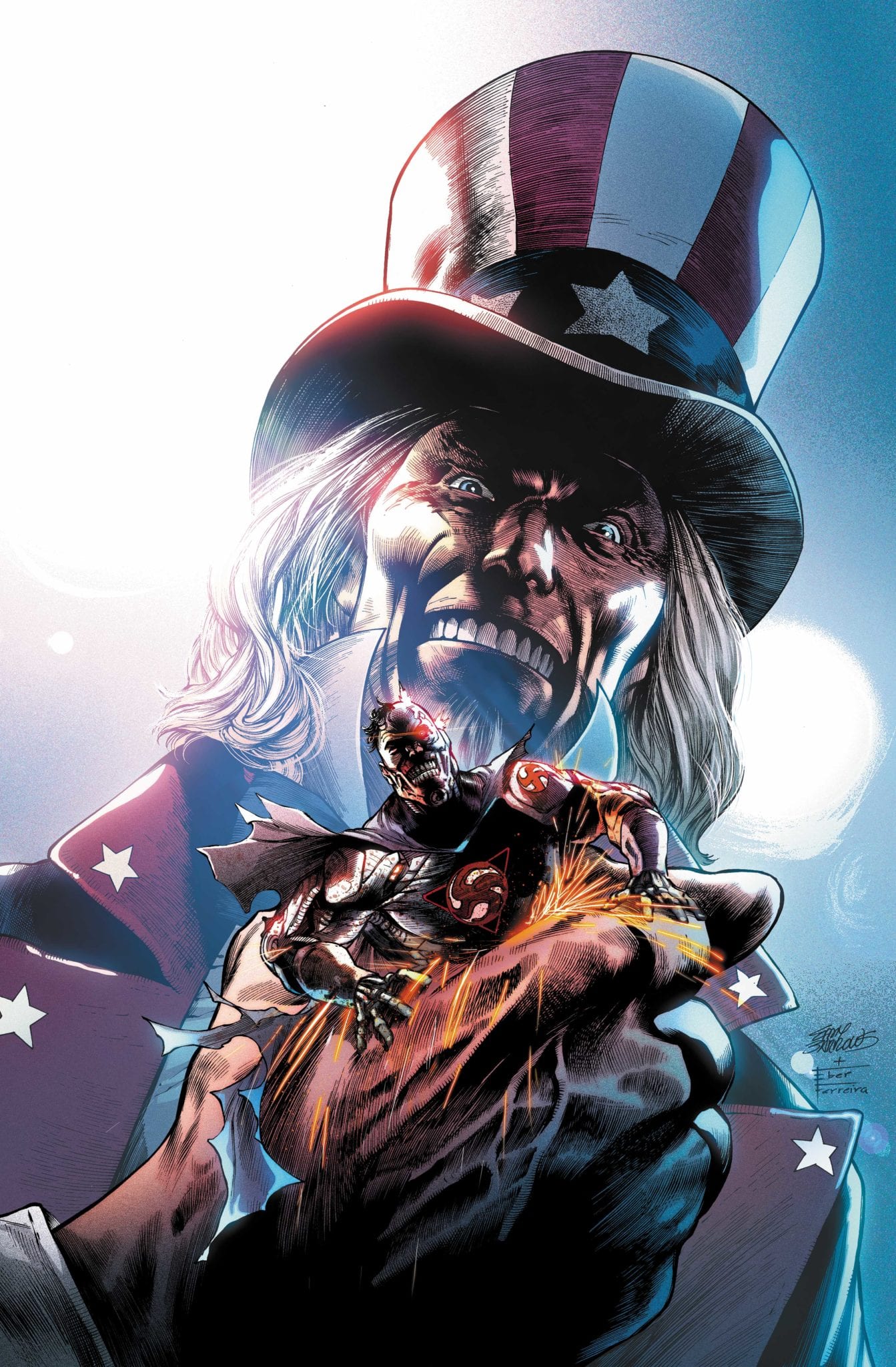 Roll call! Are you reading Freedom Fighters from DC Comics? Sound off in the comments!