Review: DARK RED #1 Is A Vampire Story From The Heartland

There’s a reason vampires have been the monster-of-choice in popular fiction. These bloodthirsty creatures of the night are a great device for storytellers to write topics that are current yet unfamiliar to its audience. In True Blood, vampires are seen as an “other” that struggle to have equal rights in society. The Strain deals with the outbreak of a vampiric plague that creates a city-wide pandemic, resulting in panic and chaos. In Dark Red – the forthcoming book from AfterShock Comics – vampires help shed light on both the literal and allegorical isolation of Middle America from the rest of the country. 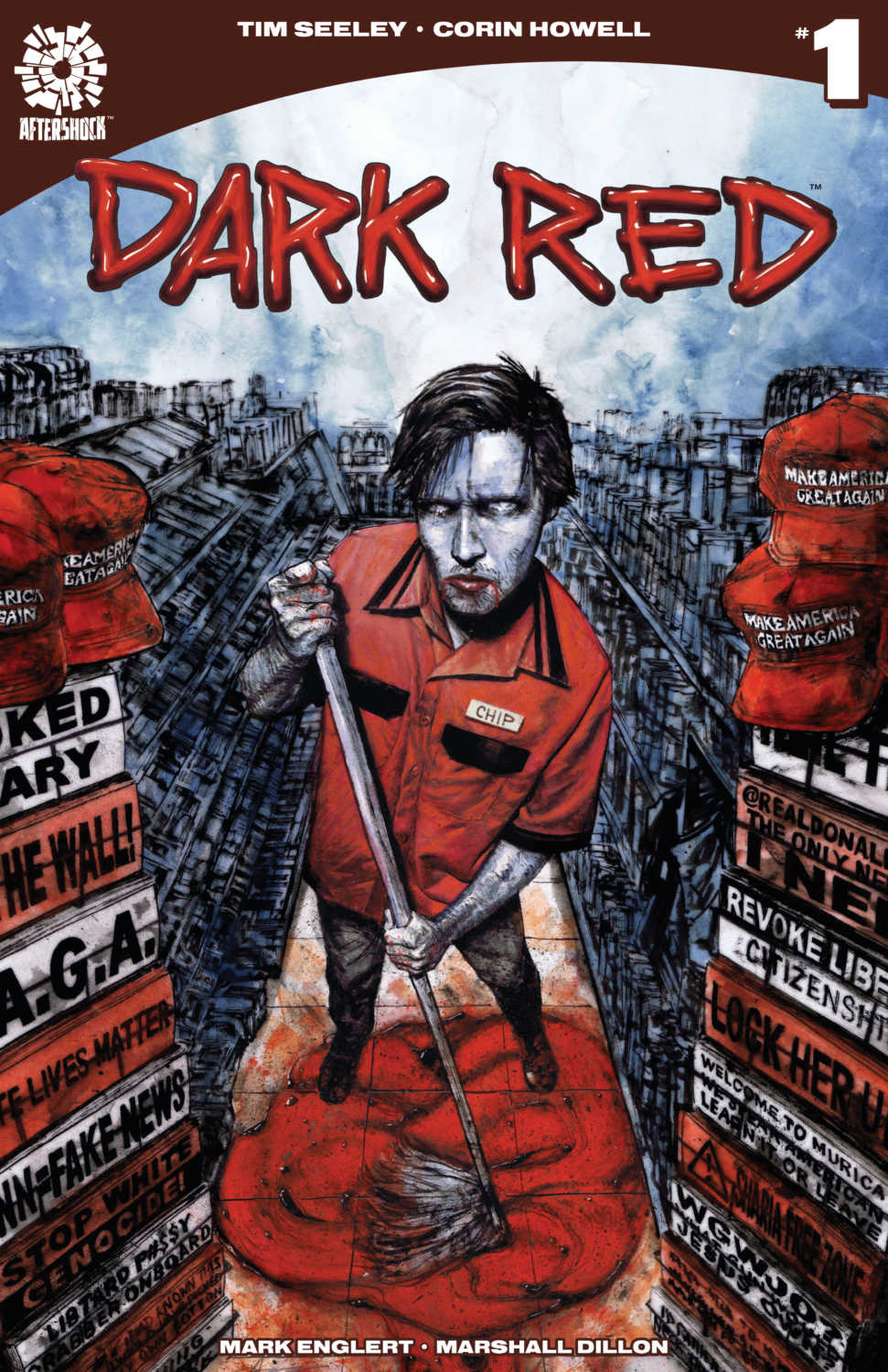 Charles “Chip” Ipswich isn’t one of those coastal elites with a liberal arts degree and a job at a social media start-up who knows where all the best brunch places are. No, Chip is one of the “forgotten men.” He lives in a rural area in the middle of the country where Jesus still has a place at the dinner table and where factories ship jobs to Calcutta. Chip is also a vampire. Stuck working the last shift at a gas station, Chip is lonely and bored… and then his dull, bleak life is turned upside down when she comes to town. Tim Seeley (Brilliant Trash) and Corin Howell bring you a contemporary and horrifying tale of vampirism in the heart of America — one that’ll make you jump right out of your boots.

“It’s a story influenced by current events,” Seeley said about Dark Red, “but told with a down-on-his-luck vampire and a cast of some of the best characters I’ve ever managed to make up. And there’s a lot of my own life in here too. I love to write some good old fashioned honesty next to some decapitations and eviscerations.”

Seeley does a great job at setting the tone of Dark Red right from the get go. He takes us down the dark highway and into Nowhere, USA, with stereotypical characters that normally wouldn’t make it past the first few pages of a story. In the middle of it all is vampire protagonist Chip Ipswich, who doesn’t rip open the throat of a local drunk when confronted. Rather, he uses his power of persuasion to remain unassuming, to continue his humdrum existence in rural America.

The dialogue is easy to absorb. The interaction between Chip and the drunkards, followed by the gas station manager, are somewhat comical. Politics are briefly touched on, which is something you can expect more of, as made apparent by the cover art.

As the first issue concludes, Seeley delivers a more heavy handed op-ed between Chip and Evie – his obsessive, voluntary source of sustenance. They delve into an intriguing back-and-forth as to why Chip chooses to reside where he does, and his stance on his city-dwelling counterparts. This concludes just in time for some good old fashioned blood and gore, followed by an abrupt yet satisfying set up for what’s to come. 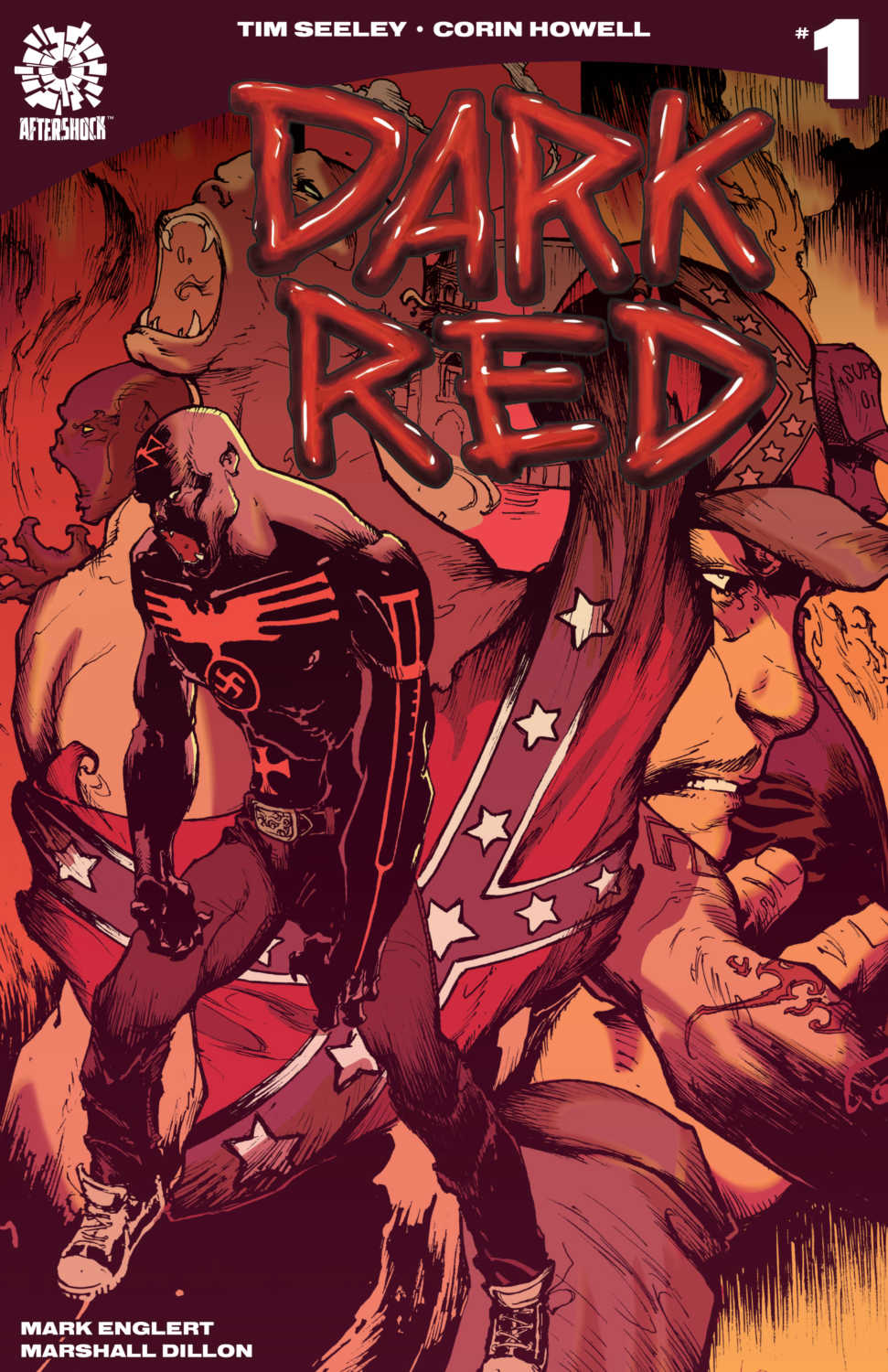 Corin Howell’s illustrations in Dark Red are exaggerated, giving a cartoony style to his characters eyes and facial features. The few bloody sequences feel restrained and lacking in the shock and gore department, which takes away from the edge of the book. There are some highlights towards the end, when Chip gets in a fight with three “deep thralls.” Howell showcases expressions of rage and malice on the characters’ faces that are more in tune with the genre.

The colors by Mark Englert work well. He has a pretty diverse pallet to light the characters during different times of the day. In contrast with the title, the reds were a little too bright, particularly in the bloody panels. Overall, the artists behind the first issue of Dark Red don’t take as many risks as they could with their artwork and coloring.

The letters by Marshal Dillon start off feeling a bit fabricated, particularly with the drunken side characters. Much like the pencils, the captions started off as too bold and cartoony. Thankfully, it levels off about a third of the way through, with interesting styles that convey pain and rage.

The cover artwork by Aaron Campbell is the saving grace for this book. It showcases a more jagged, erratic style, with splotchy and minimal coloring. In my opinion, Campbell’s art works well to offset Seeley’s tone in the dialogue.

Overall, the first issue of Dark Red is a satisfying introduction to this vampire story. It has something to say about the political divide the country is facing. It’s not an explosive start by any means. However, it hides just enough in its dark crevices that you just might want to sink your teeth into.

Dark Red #1 will be released March 20 in comic book stores and digitally. Check out some preview artwork from AfterShock Comics below: 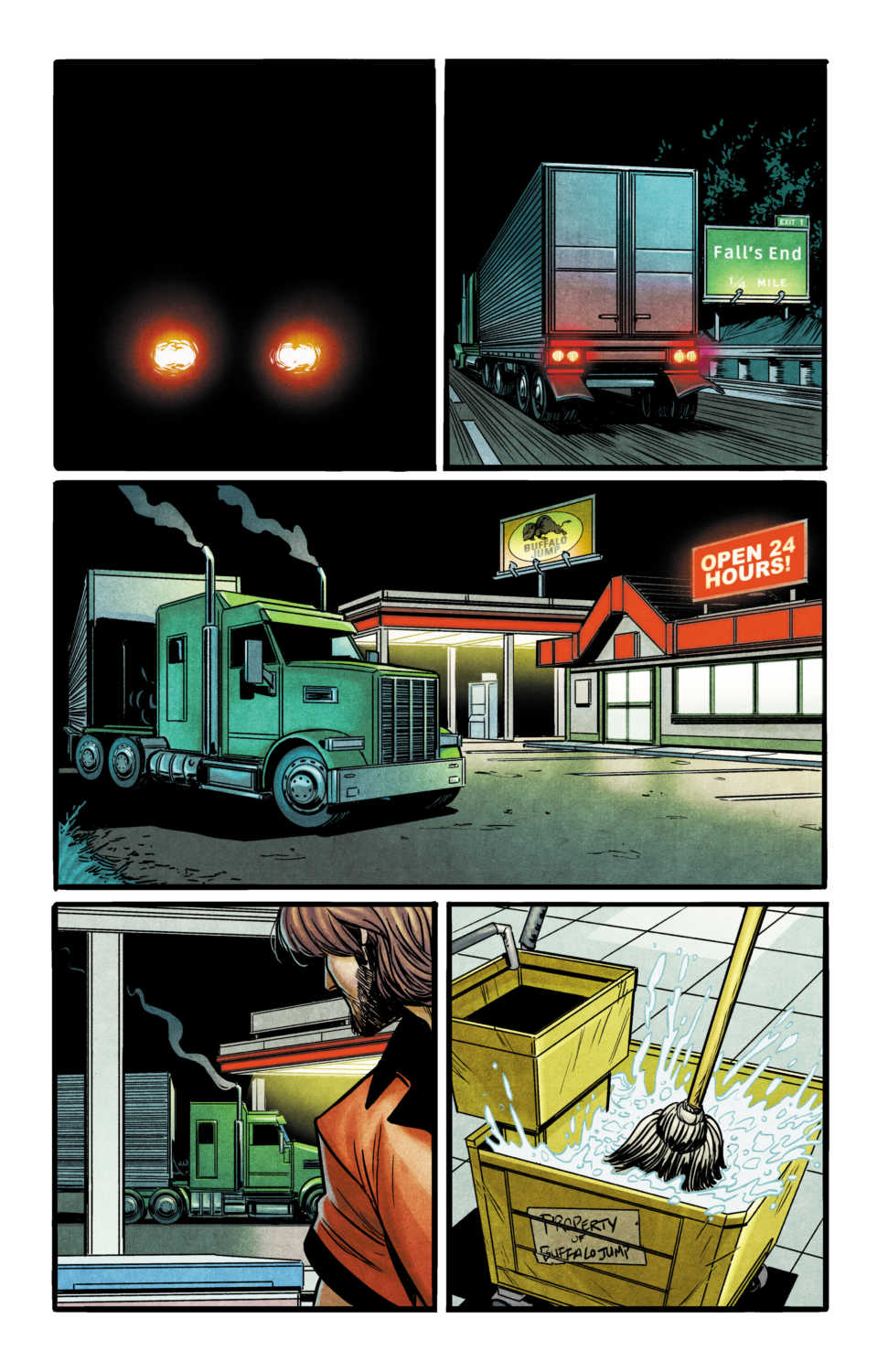 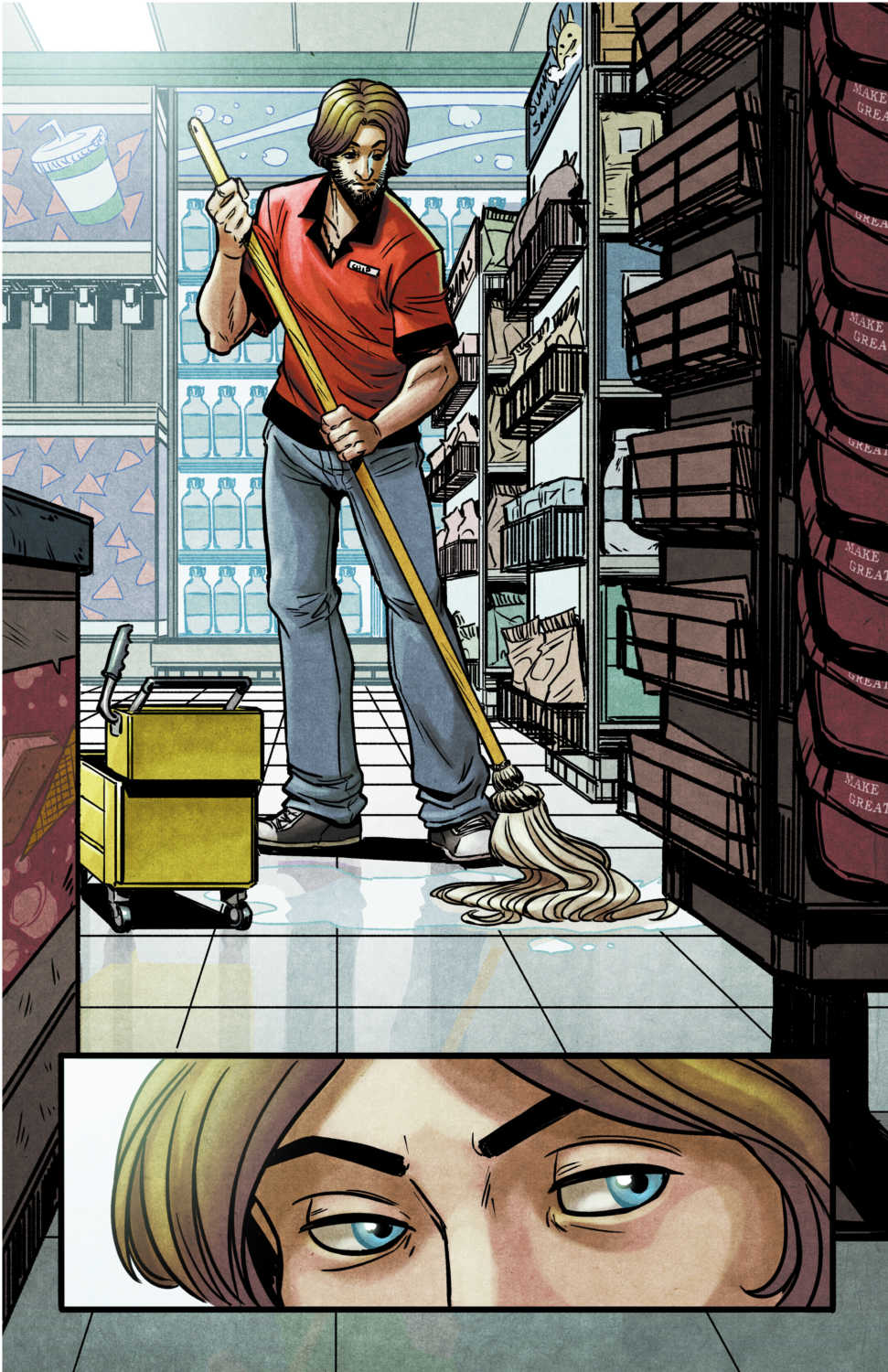 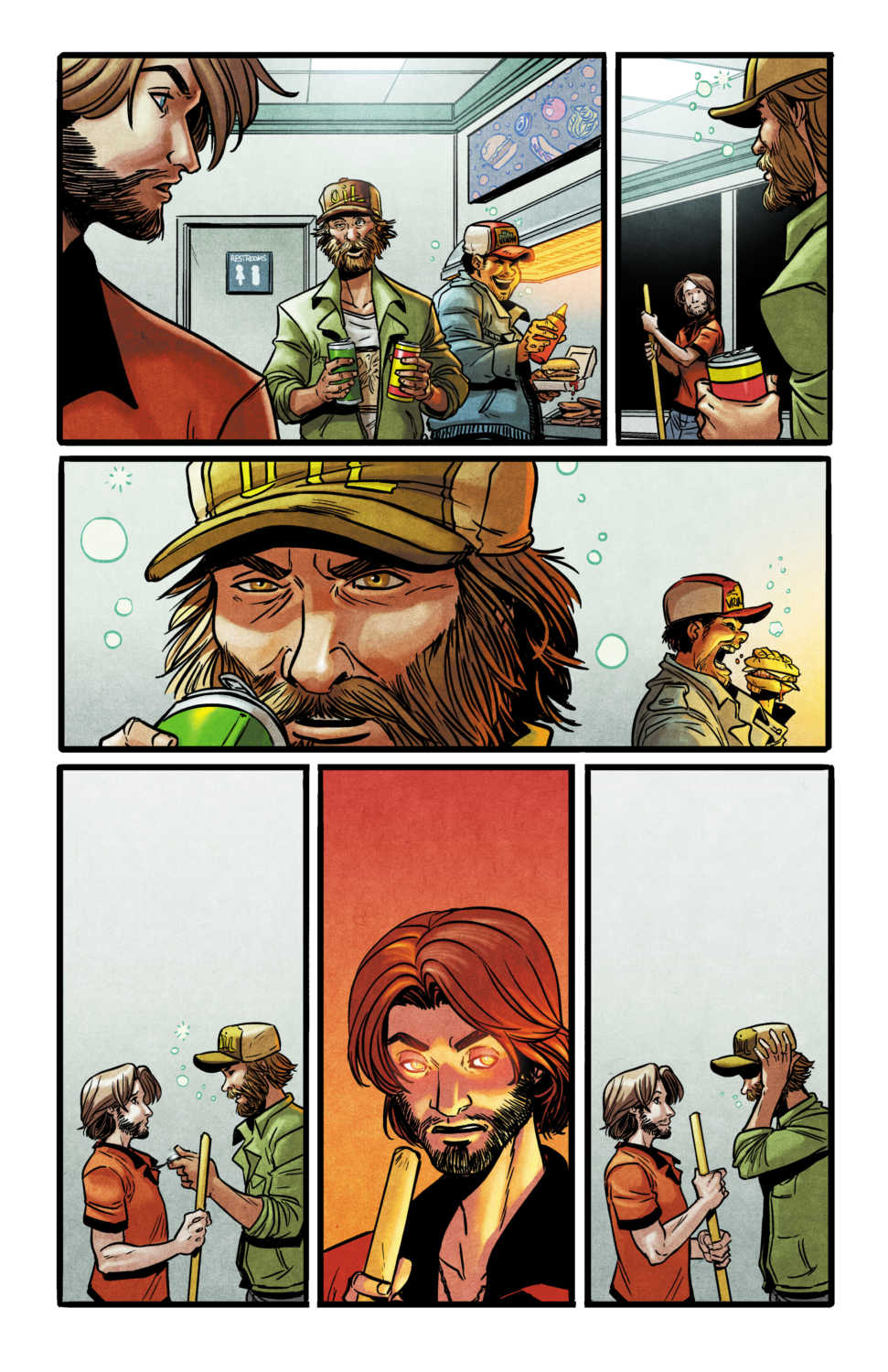 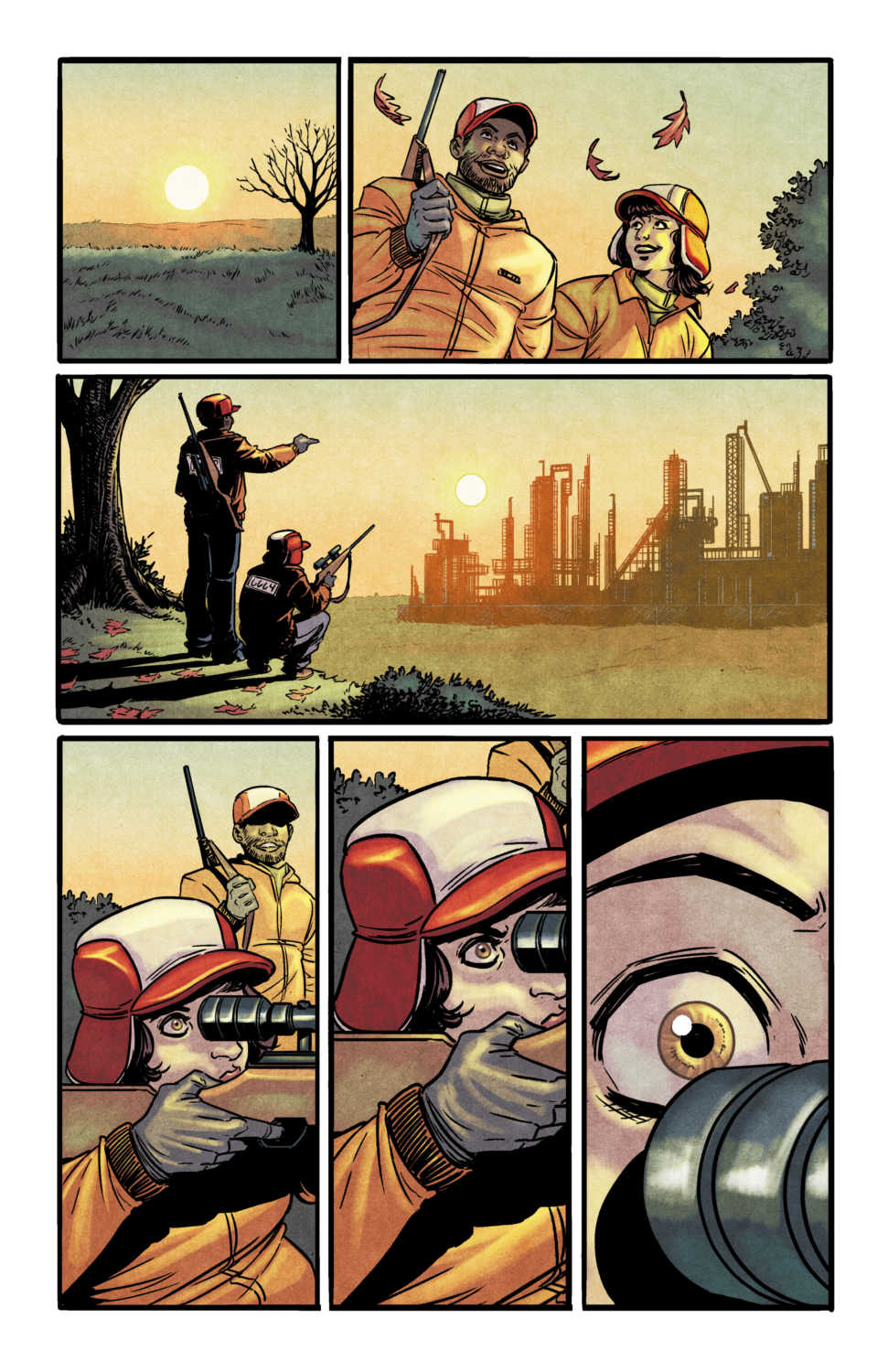 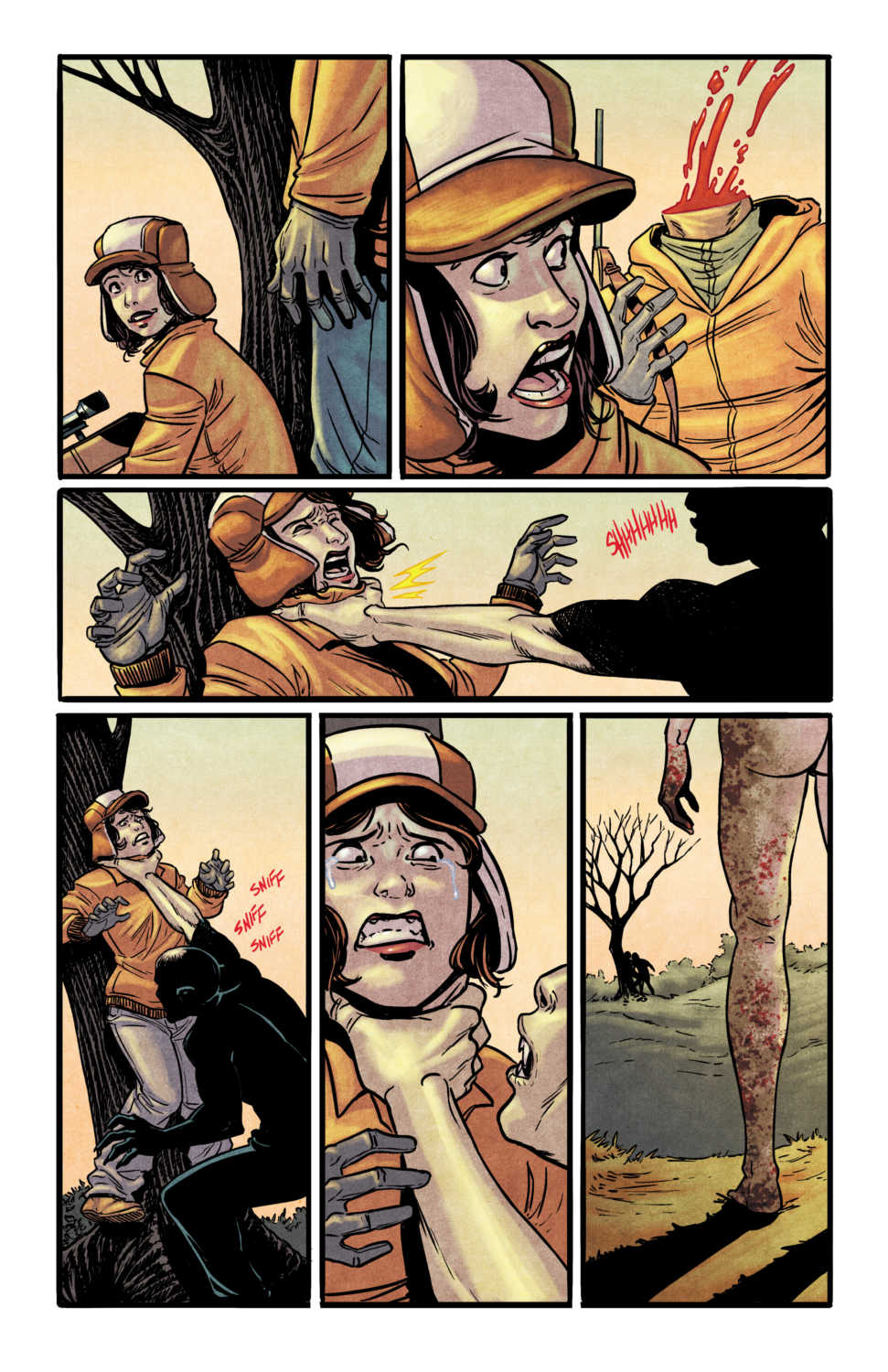 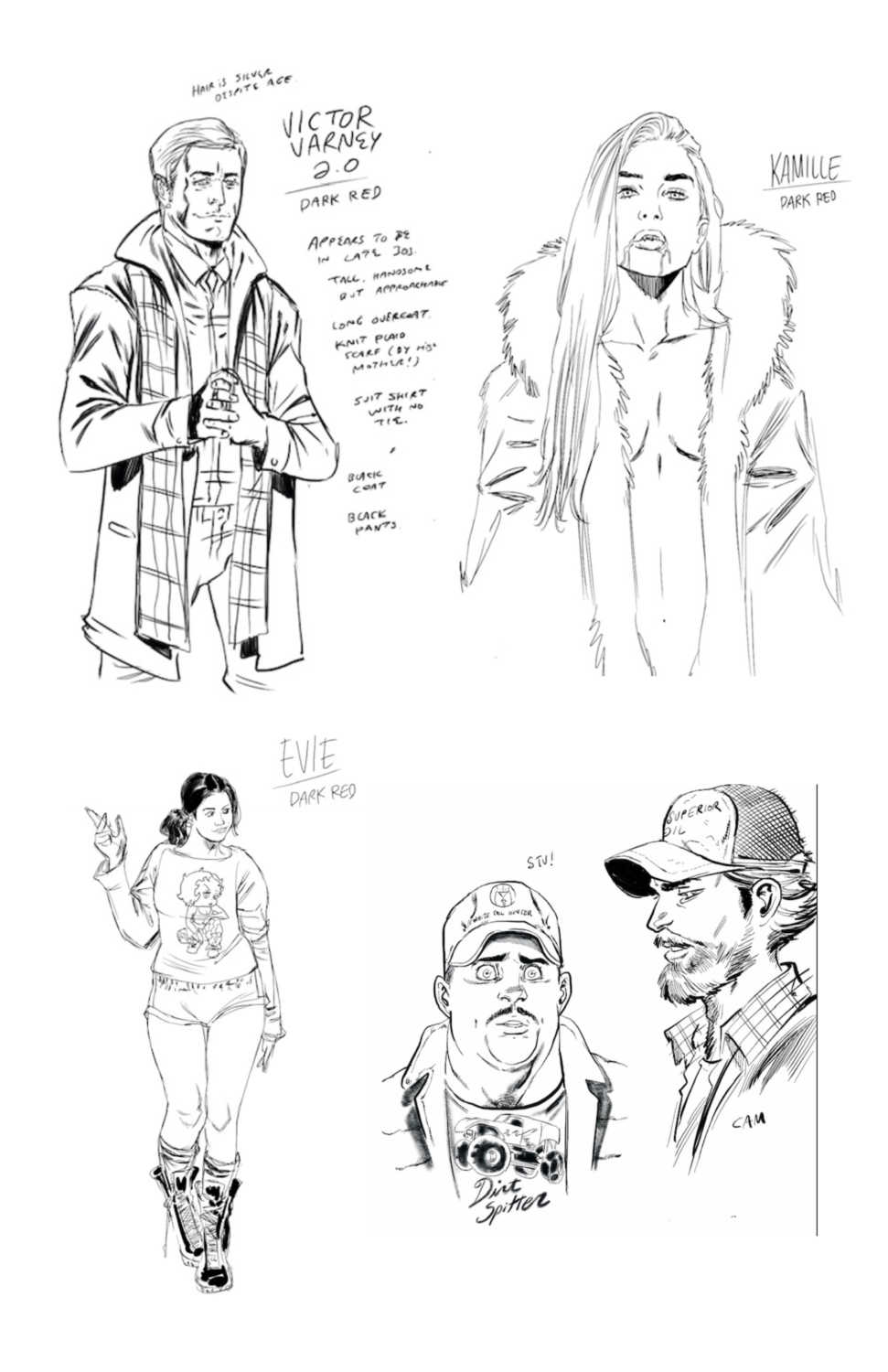 Overall, the first issue of DARK RED is a satisfying introduction to this vampire story with something to say about the political divide the country is facing. Review: DARK RED #1 Is A Vampire Story From The Heartland