*Warning: Spoilers ahead for the Daredevil Netflix series and comic books*

Whereas Daredevil‘s first season tied up its story in a nice little scarlet bow, the second season ends with some pretty big cliffhangers. The law team of Nelson & Murdock has disbanded, Matt has revealed to Karen that he’s Daredevil, and the Hand has stolen Elektra’s corpse with the intent of resurrecting her as its leader (presumably).

Where will the series go from here? Let’s dig into the six most likely storylines for season three. Keep in mind that Daredevil has made a habit out of using multiple plots and subplots in a single season; any number of the ideas below could be used simultaneously in either a big or a small way.

Elektra dying and being resurrected by the Hand is straight out of the comic books (it’s actually happened at least twice). There’s no doubt that the show intends to bring her back to lead the Hand, but will it be in season three? It’s definitely possible, but hopefully not. Season two was a great primer for the ninja group; it gave a taste of its power without showing its full potential. Now it needs to sit on the sidelines for a while to build anticipation. Season three should serve as a build up for its big return in season four.

In just two seasons, Daredevil has utilized Kingpin, Elektra, Punisher, and the Hand. It’s time for Bullseye to get his due. He’s been described as the Joker to Daredevil’s Batman, and for good reason. He’s the Man Without Fear’s greatest rival in every sense of the word, and that’s what the show needs. Both the Kingpin and Punisher were philosophical foils to the hero, which made for great storylines, but the next season should establish an archenemy for DD to go head-to-head with.

Bullseye is responsible for killing several of Murdock’s friends and lovers. So if he is included in the next season of Daredevil, expect some major casualties.

Who is Typhoid Mary, you ask? Just a supervillain with a mastery of martial arts and swordsmanship, and whose psychic powers include both telekinesis and pyrokinesis. She once set Matt Murdock fully ablaze with just a word (see image above). It would be such an amazingly bold choice to bring her into the show as the main villain. Viewers would start the season disappointed that it doesn’t feature Bullseye, and end it with a new favorite antagonist.

She’s technically a mutant, so who knows if Marvel even has the rights to use her on screen. But she was used in the 2005 film Elektra, so it shouldn’t be an issue. Maybe they can just rework her origin to avoid the mutant factor (à la Quicksilver and Scarlet Witch in Age of Ultron).

“Born Again” is arguably the best Daredevil arc of all time, written by the legendary Frank Miller at his zenith. The plot revolves around Kingpin getting his hands on Daredevil’s secret identity and proceeding to destroy the vigilante’s life. It’s brilliant storytelling, but it also requires more setup than the first two seasons of the show have provided. Nevertheless, while season three may not directly adapt this story, it very well may continue to lay the foundation.

Nuke has already been brought into the MCU via Marvel’s Jessica Jones, so an accurate “Born Again” adaption is not that far fetched.

Decades after “Born Again,” Daredevil’s secret identity has made its way through the Kingpin’s organization. One gangster takes it upon himself to leak this information to the press, and Matt Murdock’s life begins to unravel once again. It’s a very personal story that would actually suit a TV show better than “Born Again” would, and one that would cost much less to produce. Good writing would make it fairly simple for the show to jump straight to this story without its predecessor.

“Out” probably won’t be the main story of season three, but perhaps the seeds for it are planted in a subplot that leads up to Matt’s outing in the finale.

Barring any bizarre timeline adjsutments, Daredevil season three will take place in a post-Civil War MCU. The Punisher arc in season two already showed that people are feeling apprehensive about vigilantes in Hell’s Kitchen; maybe the next season brings that to a head. It could be made even better if Luke Cage played a role. His Netflix series will have already started, and did he lead a team of underground heroes in the comics after Civil War.

But if the fallout from Civil War does play a role in season three, it’s more realistic that it will just be as a minor subplot. Its themes will be echoed at the very least

What storyline do you think the show will use in season three? Let us know in the comments!

Marvel’s next Netflix series, Luke Cage, is set to premiere on September 30, 2016. 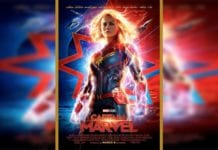 Enter For A Chance To Win A Pass For Two To The IMAX® Advance Screening Of Marvel Studios’ CAPTAIN MARVEL!