Previous articleGUARDIANS OF THE GALAXY #6 – Dealing With Hype & Expectations
Next articleReview: SUPERMAN YEAR ONE #1 Chronicles the Wonderful Life of Clark Kent
June 19, 2019

Chip Zdarsky’s stellar DAREDEVIL run continues with issue #7. Matt Murdock, now retired, has a copycat running around to deal with. 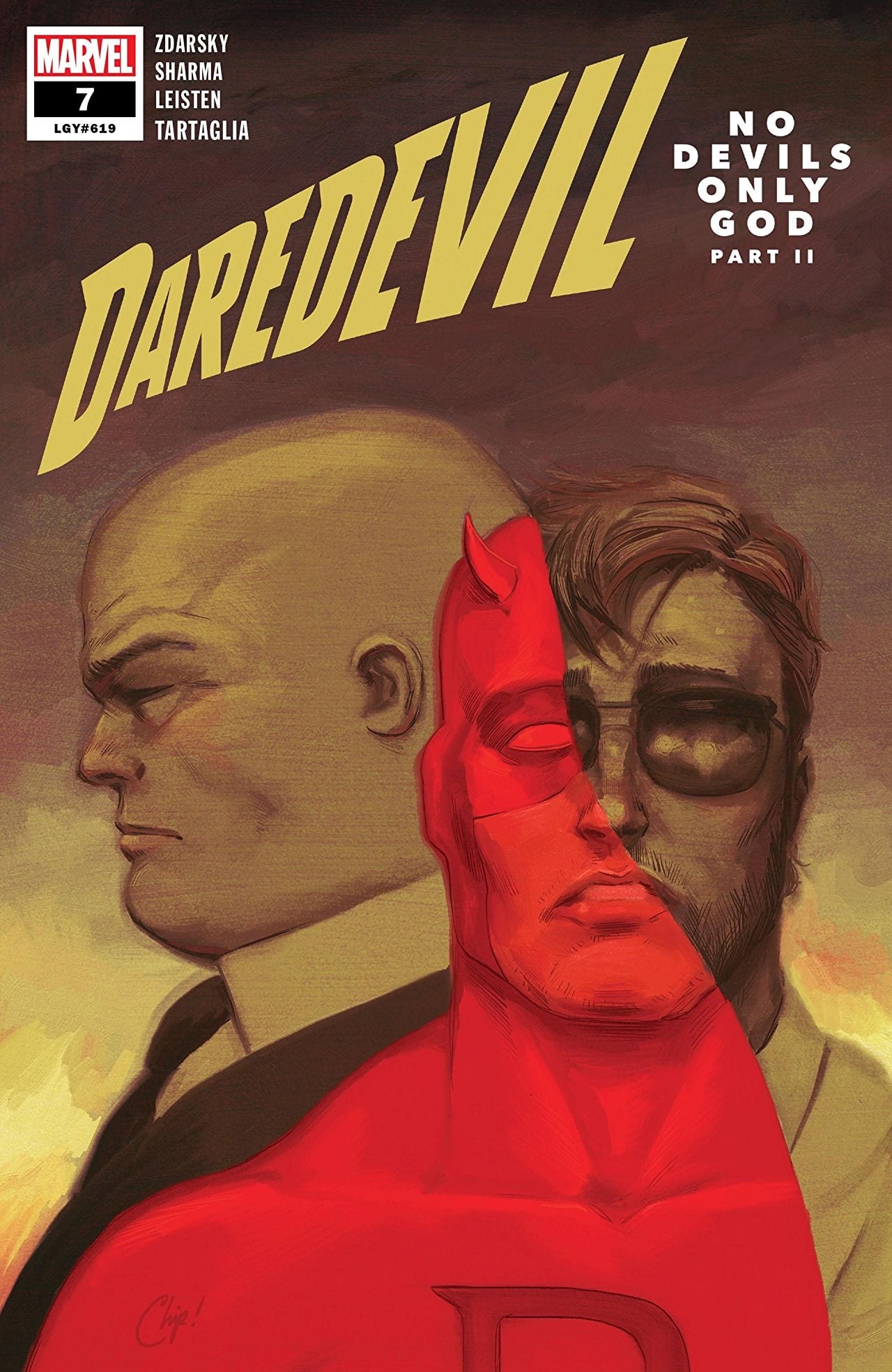 Matt Murdock is living the closest thing to regular life as he can. He’s focused on his day job, his friendships, and a potential librarian love interest. Detective Cole is recovering, both mentally and physically, before returning to duty. Kingpin reveals he is stepping away from his criminal empire.

In all of Marvel’s many superheroes, Daredevil might be the one that’s most entertaining away from the vigilantism. His struggles with religion, blindness, relationships, and profession are compelling more often than not.

It’s no different with Chip Zdarsky behind the wheel, he knows exactly what buttons to push in order to extract the right drama from Matt Murdock and his supporting cast. The themes in Daredevil #7 are far from new, but Zdarsky gives them a fresh spin, taking full advantage of the current landscape Hell’s Kitchen finds itself in. 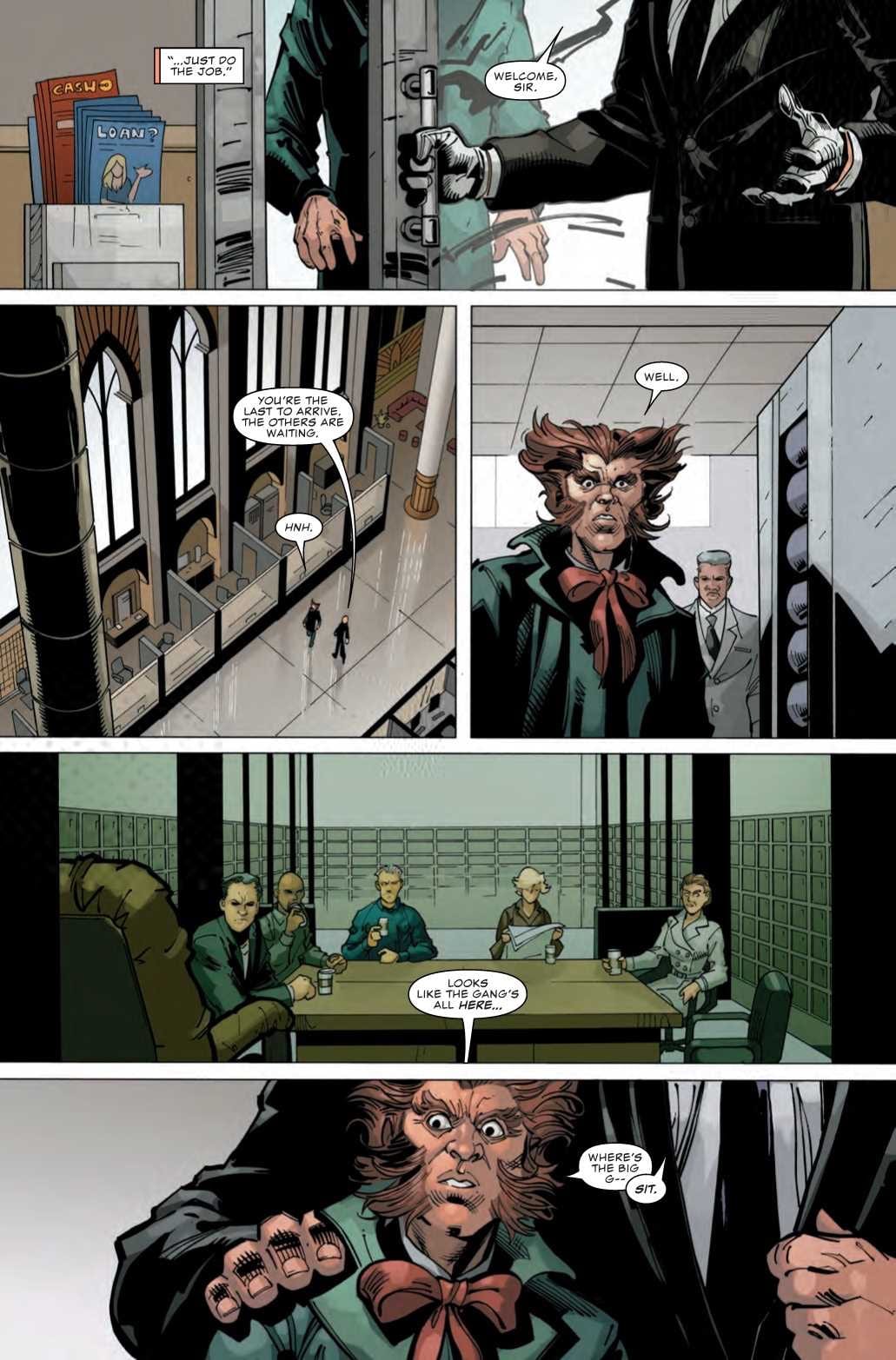 Daredevil #7 is very much about transitions and development, Zdarsky is moving the pieces on the narrative board but without halting the pace. Kingpin’s announcement was every bit the shocker it needed to be, he’ll be very interesting to follow going forward–especially when Horn Head inevitably comes back.

The citizen-Daredevil subplot and Detective Cole’s role, now release from the hospital, should make for a highly entertaining conflict. Chip Zdarsky has this book loaded with threads that are all worth pulling on.

Matt coming face-to-face with the brother of Daredevil’s victim was a powerfully executed scene. The heartbeat text getting bigger and bigger as he seeks relief in the bathroom. Not having Matt’s eyes to use forces the creative team to share his emotions and distress in more creative ways. 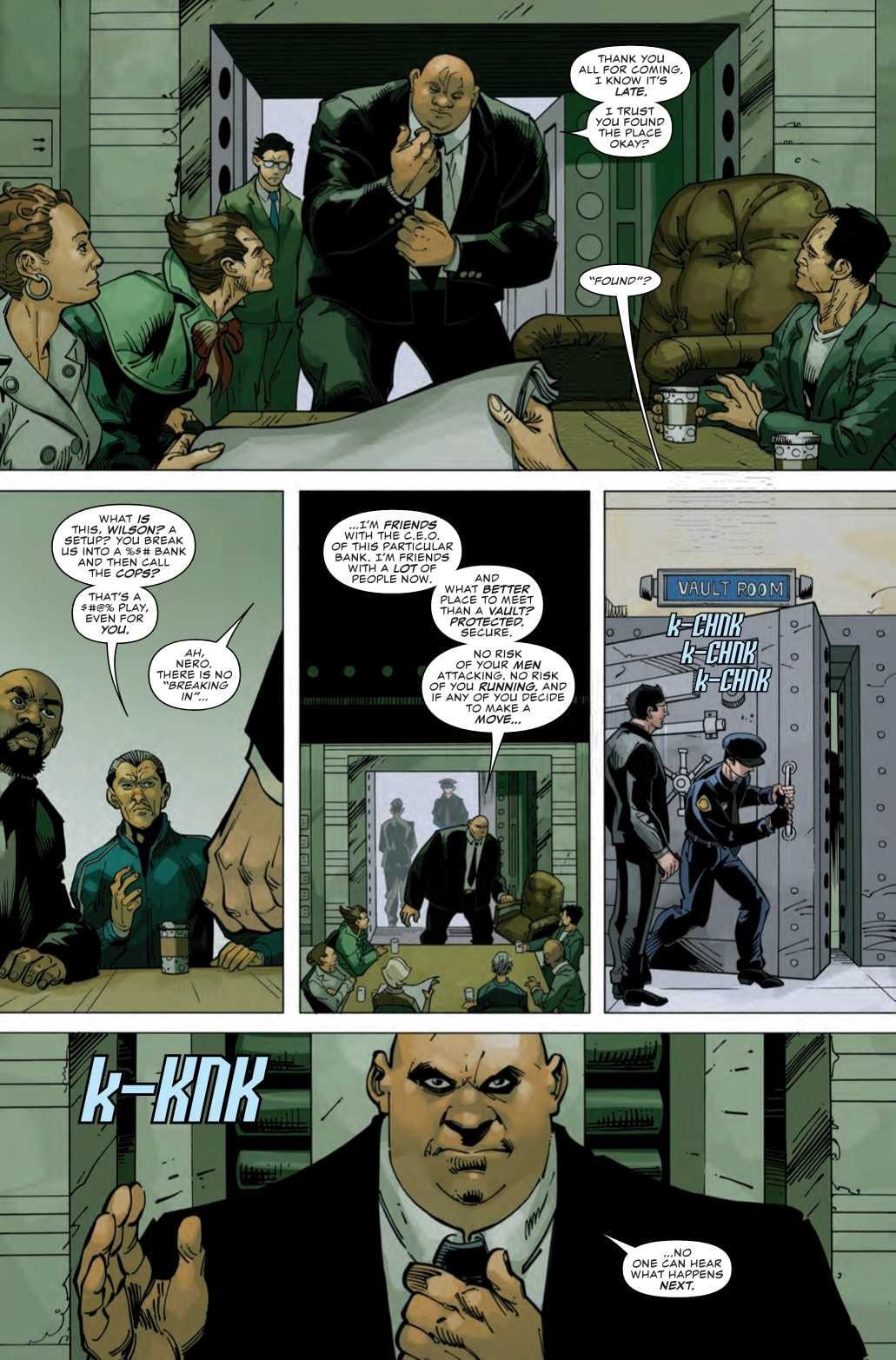 The final page of this issue is absolutely dynamite, another brilliant use of text. Murdock can’t help but contribute in any way to protecting the city. He is now the city’s ears, reporting any crimes that come across his heightened sense of hearing. It’s a fantastic character moment to end the issue on.

Full marks to the creative team of Lalit Kumar Sharma (pencils), Jay Leisten (inks), Java Tartaglia (colors), and Clayton Cowles (letters). The only knock against the art is the piss-poor size of Hammerhead’s one recognizable feature–his head.

Daredevil continues to be one of the best books Marvel is putting out. It doesn’t rely on over-the-top superhero action or even much comedy. Zdarsky is delivering a compelling story and continuing to show that he’s a superstar talent.

Strange Academy could be one of the most refreshing ideas Marvel Comics has come up with, in a long, it also does help that...
Read more
Comics

The finale chapter of Spider-Verse hits your local comic book shop on March 4, but thanks to Marvel Comics, Monkeys Fighting Robots has a...
Read more
Marvel Comics