Review: Matt Fights For The Soul of Hell’s Kitchen In DAREDEVIL #16

DAREDEVIL #16 hits comic book stores Wednesday, January 1st, and it looks like our hero, Matt Murdock, is juggling many moving pieces in his life. His romantic rekindling with Elektra complicates his relationship with Mindy Libris (who’s happens to be married), and the brother of the man Matt accidentally murdered is seeking legal action. On top of this, crime levels have risen in Hell’s Kitchen after the Stromwyn family bribed the NYPD to stay away, allowing crime levels to rise. Now the former horned head is looking for answers, and he’s willing to take on the Stromwyns, Kingpin, and whoever else stands in his way.

Matt, along with Elektra, has been working to bring down crime levels in his hometown—but apart from the superhero identity “Daredevil.” He hopes he can forge a new identity in which to protect Hell’s Kitchen while minimizing casualties. But in this issue we see the intimate side of this partnership, albeit laced with talk of the next mission. 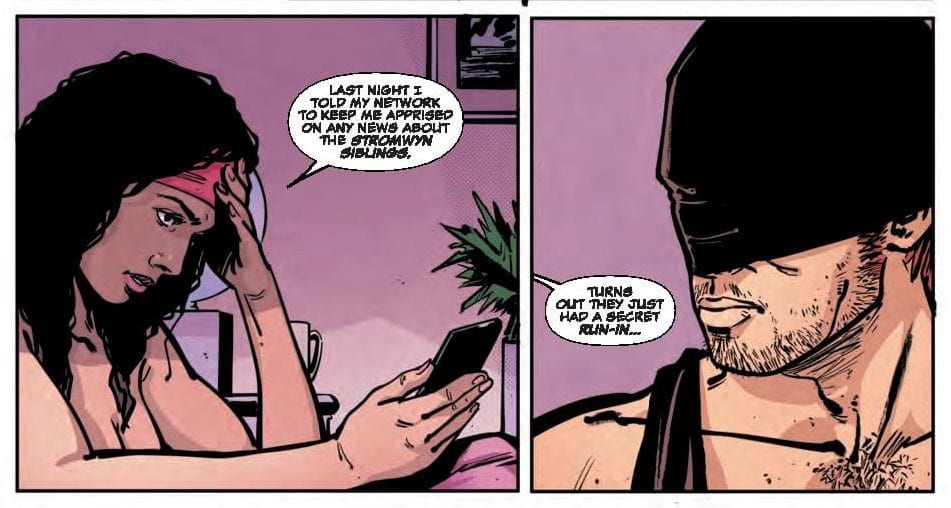 Following a lead to Wilson Fisk, Matt heads out to find the crime lord in hopes of learning about his connection to the Stromwyns. But a thorough interrogation unveils the truth: Fisk had nothing to do with the NYPD’s withdrawal.

It seems Matt and Elektra may need to take the fight directly to the heart of the storm.

Writer Chip Zdarsky has been pushing Matt through a gut-wrenching personal transformation for the entirety of his run, and this issue is the perfect example. We see Matt patrolling the city in a whole new way by simply absorbing the conversations of families across the city, rather than with a specific “goal.” In a way, he’s becoming more in touch with the “soul” of the city. 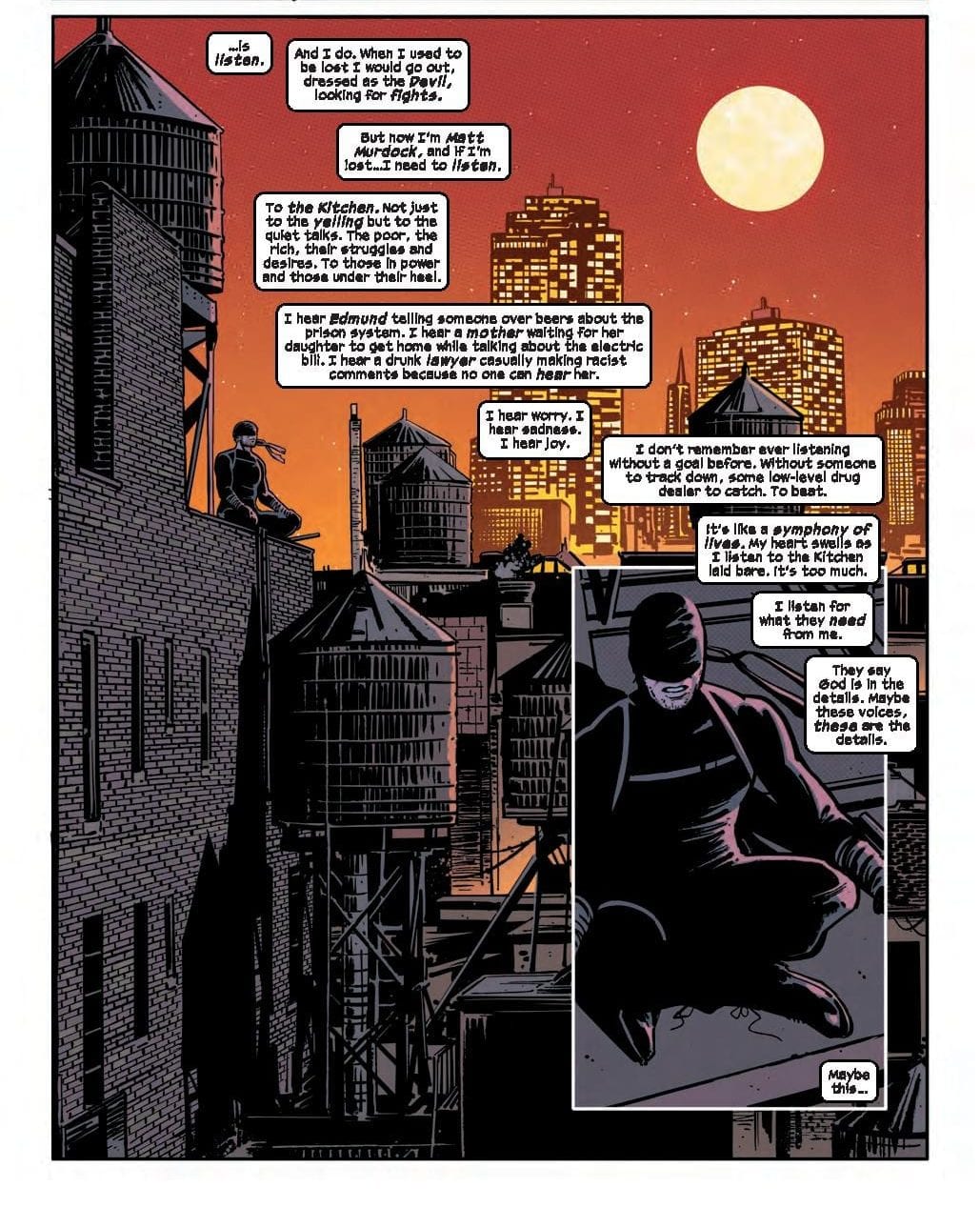 Jorge Fornés’s penciling and ink work, Nolan Woodard’s coloring, and VC’s Clayton Cowles’s lettering came together as a cohesive set of artwork for DAREDEVIL #16. The lines are well-defined, yet employ the perfect amount of heavy shading to keep with the series’ dark tones. In addition, the coloring mimics city lights on the buildings of Hell’s Kitchen. The lettering was great as well, employing varying dialogue boxes and fonts to distinguish Matt’s speech from his personal thoughts.

Ryan Benjamin and David Curiel’s variant cover artwork features a (literal) demonized version of our hero, showing how the identity Matt supposedly left behind continues to creep into his life.

DAREDEVIL #16 shows readers an deeper look into Matt and Elektra’s relationship while developing the drama between the NYPD, the Stromwyns, and Hell’s Kitchen.

What do you think lies in store for Matt and Elektra’s future? Let us know in the comments below!

Review: Matt Fights For The Soul of Hell's Kitchen In DAREDEVIL #16Writer Chip Zdarsky has been pushing Matt through a gut-wrenching personal transformation for the entirety of his run, and this issue is the perfect example.