Every Film Deserves A Second Chance, Even ‘Showgirls’!

The success and legacy of a film lies in the hands of critics. One bad review has the chance to completely derail a film before it even hits the box-office. But what if the critics at that time got it wrong? That’s the point of this editorial series; looking back at a film that was once hated and giving them a second chance. First up is the infamous ‘Showgirls‘.

If you don’t know about the enigma that is ‘Showgirls‘, here’s a brief history. The film is basically ‘All About Eve‘ but set in sleazy 90’s Las Vegas. A young beautiful drifter named Nomi (Elizabeth Berkley) arrives in Las Vegas with big dreams to dance. After a chance encounter with the biggest act in Vegas named Cristal (Gina Gershon) and her boyfriend (Kyle MacLachlan), her dreams begin to come true. Nomi realizes that all isn’t what it seems and that the industry she dreams of us is darker than expected.

The plot alone lets you know that this script is attempting to be a serious deconstruction of how society views women and the dark-side of fame. Even the hyper-sexual scenes and chats about nails can’t distract from the powerful vision from director Paul Verhoeven. Some still discredit the work Verhoeven put into the film but the director always defends the film, going as far as calling it “the most elegant film he’s ever made”. 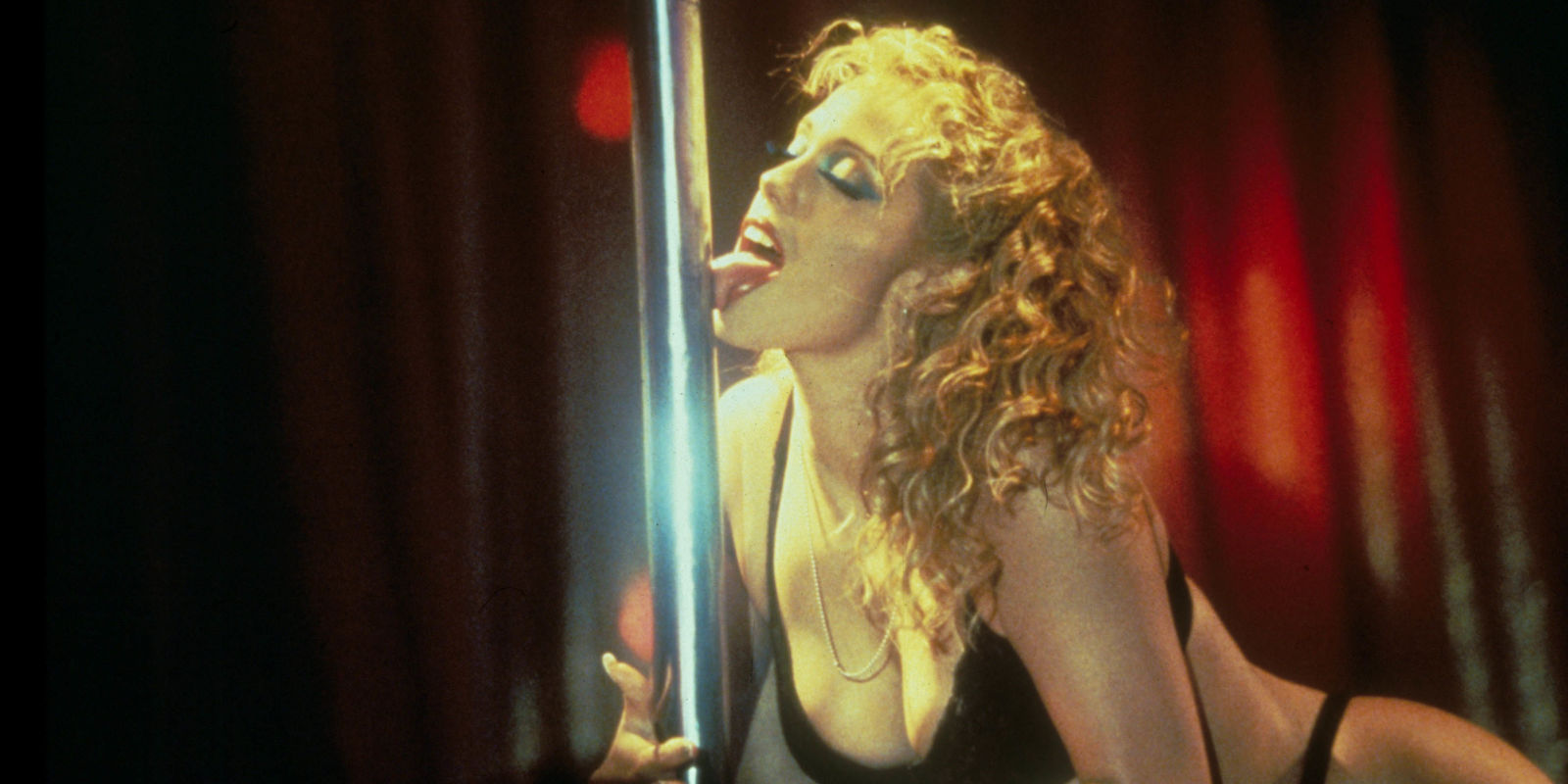 Before ‘Showgirls‘ saw a release in theaters, it had a relativity big hype surrounding it. Not only was it the first (and only) widely released NC-17 rated movie but it marked the turn around for Elizabeth Berkley’s career from good girl to more mature actress.

With all this talk going into the film, it was met with a fiery passion. Critics tore into it with a cynical rage. The average critic would mock the film for being campy but when presented with the idea that it is a satire, it’s dismissed. Even famed “bad” filmmaker John Waters said he loved the movie but he thought “the writer and director, no matter what they say today, don’t appear to be in on the joke.”

The reviews of the film were negatives but it seemed like the hate became directed to one person. Elizabeth Berkley took most of the critical lashings. People would go as far as saying the “screen would go dead the moment (Berkley) was on it”. Because she had the most notoriety, she became an unfair target and scapegoat for critics. People seemed to loathe her but ‘Showgirls‘ would’ve been nothing without the iconic role of Nomi Malone.

With a 45 million dollar budget, it didn’t even hit 38 million at the box office. Some blamed the harsh age restrictions, while the critics played a huge part in the film’s near complete failure. Roger Ebert called it a “sleazefest” & an “expensive soap opera”. Even lead actor Kyle MacLachlan talked about his disappoint after seeing ‘Showgirls‘ at the premiere.

It didn’t take long for ‘Showgirls‘ to gain a cult following. The home video sales of the film helped the film make money and became a bestseller for MGM. The idea of seeing something like this at home adds to the appeal; either you can feel comfortable seeing all the dirty scenes with less strangers or you can join together for a group viewing with a few drinks and of course, some chips!

Within a few years after the release, ‘Showgirls‘ was a cult classic. It seemed like a callback to the days of exploitation films and midnight movies, the fans were ‘Rocky Horror Picture Show‘-level of crazed. And then the wonderful Special Edition DVD commentary with superfan David Schmader brought the film into a whole new light.

Rising from the grave, director Paul Verhoeven never expected the cult following. “Maybe this kind of ritualistic cult popularity isn’t what I intended, but it’s like a resurrection after the crucifixion.”, he said. Because of the rise of ironic viewings and the camp appeal, it forced critics to begin to look at the film again.

Chicago Reader critic Jonathan Rosenbaum and critic for The Village Voice J. Hoberman both went on to say ‘Showgirls‘ should’ve been looked at as a serious satire. In 1999, French filmmaker Jacques Rivette would call the film “one of the great American films of the last few years”, while Quentin Tarantino said it’s one of the only few big-budget exploitations films. With a few powerful voices in the industry and some years passing, ‘Showgirls‘ began to gain steam as something more than “so bad, it’s good” movie.

“There’s always someone younger and hungrier coming down the stairs after you.”
-Cristal Connors (Gina Gershon)

Because of my age, I wasn’t aware of the film when it was first released. I found the film on my own, years later. It was playing late on some movie channel and I sat mesmerized at the screen. Even when the film hits the pool sex scene, there’s laughter for all the right reasons. By the time the credits rolled, it became an instant obsession.

It came as a shock to me that this was hailed one of the worst movies ever. Maybe I was desensitized to the insanity because I saw it in a post-‘Showgirls‘ world but I honestly found it to be a beautiful and humorous look at women, fame, and sexuality.

That’s why movies need to be watched and reviewed constantly. Seeing a hated film so far removed from its initial release can really factor into the viewing experience.

Let me know what you think about ‘Showgirls‘ in the comments below!

What other films do you think need a critical re-evaluation?