Who Will Former WWE Star Cody Rhodes Be Next Season On ‘Arrow’?

Cody Rhodes Guest-Stars On ‘Arrow’! Who Could He Be?

Coming off his requested release from WWE, Cody Rhodes is staying busy. He has convention appearances and many upcoming wrestling shows; including the infamous PWG’s BOLA! Early on July 2nd, ‘Arrow‘ star Stephen Amell tweeted out Rhodes will be guest-starring on the fifth season of the show.

Later, Rhodes tweeted about the news.

I step into this respectfully, humbly, and looking to do it justice for the fandom #HVFF @CW_Arrow pic.twitter.com/UbU0lzG4df

But no one has said who Cody Rhodes is playing!

When Rhodes and Amell squared off in a WWE ring, Rhodes was the villainous but campy Stardust character while Amell was obviously Green Arrow. Their match at 2015’s WWE Summerslam was hyped amazingly well and surprised wrestling fans by being quite memorable. During that time, Rhodes shined as this comic book-style villain. Could he want to bring that to the ‘Arrow‘ set?

My vote is for Cody to play iconic Green Arrow rogue Onomatopoeia! 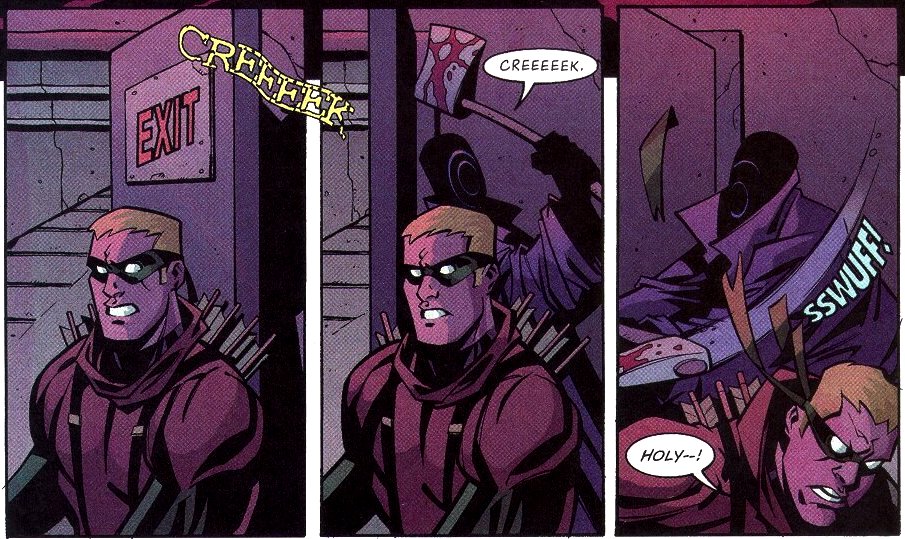 Onomatopoeia is a masked serial killer. He’s been known to fight against Batman but is most famously known as a modern Arrow villain. Onomatopoeia is truly bizarre and deadly. Something Cody Rhodes perfected during his time in WWE.

Also, Onomatopoeia creator and film director Kevin Smith recently talked about wanting to bring him onto ‘Arrow‘. Smith has been confirmed to be working on an episode of ‘Arrow‘ in Season 5 so the stars are starting to align.

Who do you think Cody Rhodes should star as next season on ‘Arrow‘?