Announced last week, George Salinas of Bridge Works Entertainment has partnered with Ivan Plaza, owner and founder of the Latinx comic book publisher, Chido Comics, to produce their next TV and film titles. No timetable was announced but the partnership will bring new premium television series and films to the U.S. audience, according to the press release.

“Latinx culture has a lot to offer with many great artists coming up not being able to be seen,” Salinas explains. “We don’t have much representation to speak from in these areas, but I see the hunger of the industry to give us a platform. We need to create these platforms to develop and nurture the talent on every side.” 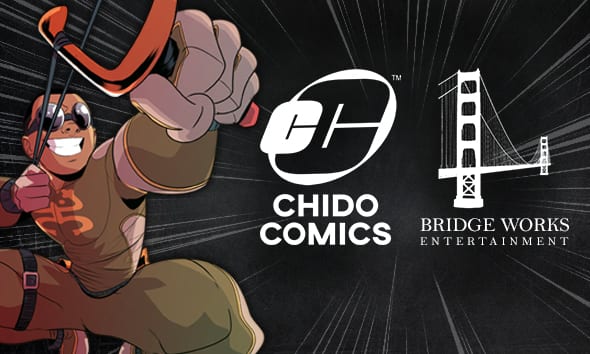 Chido Comics is a boutique publisher that has produced The Masked Republic Luchaverse and the Lucha Underground Comics. Next up for the publisher is the original mini-series, COQUÍ written by Plaza, with art by Matteo Illuminati, and letter work by Carlos M. Mangual. 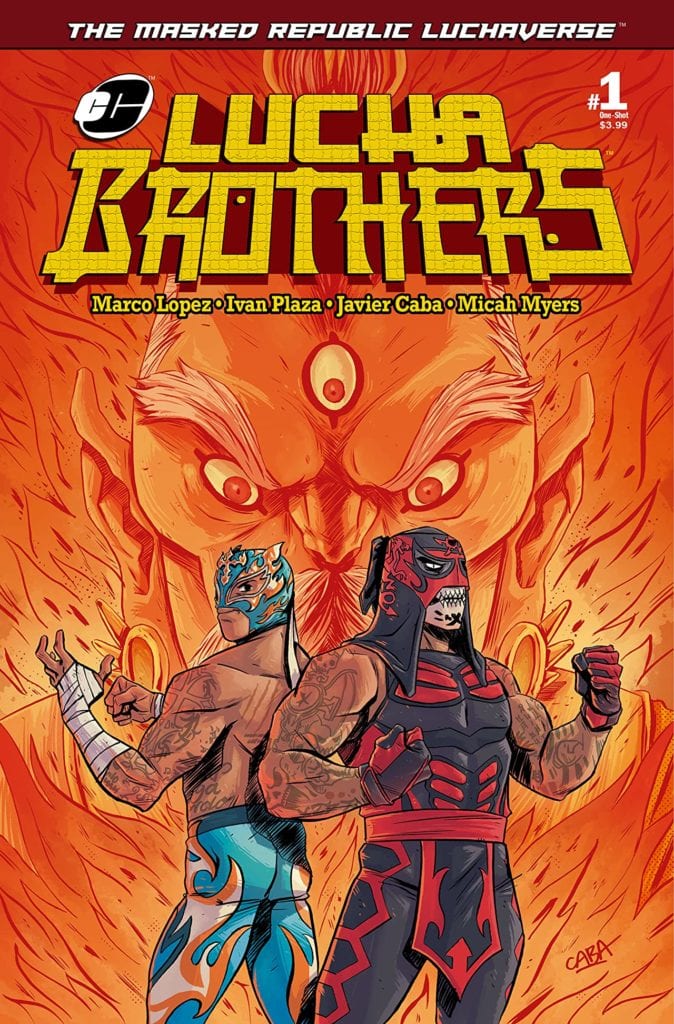 Masked Republic Luchaverse: Lucha Brothers #1
They are arguably the greatest tag team in modern-day Lucha libre. Brothers Penta Zero M and Rey Fenix, were orphaned at birth and raised by missionaries who traveled the world teaching them about a multitude of cultures… and each one’s fighting style. Now, as adults, simply being one of the greatest luchadores isn’t enough for Penta! With the help of his brother, he has found the location of an ancient power that he believes can make them the greatest warriors the world has ever known! 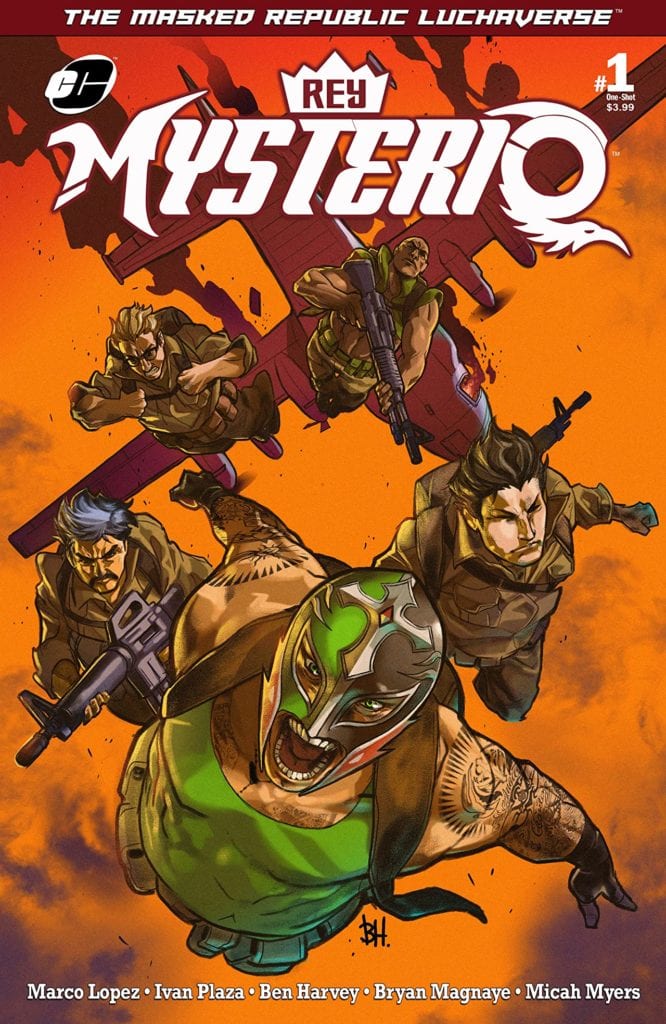 Masked Republic Luchaverse: Rey Mysterio #1
The current in a family of Mysterios that dates back centuries, each one trained to be a champion of the people and to take on a great evil that has been prophesied to return and plunge the world into darkness. Rey Mysterio is on a quest, aided by the military clandestine group known as “The Ambassadors.” The mission is clear: retrieve the one thing Rey will need to take on this returning evil… THE MASK OF THE FIRST MYSTERIO! 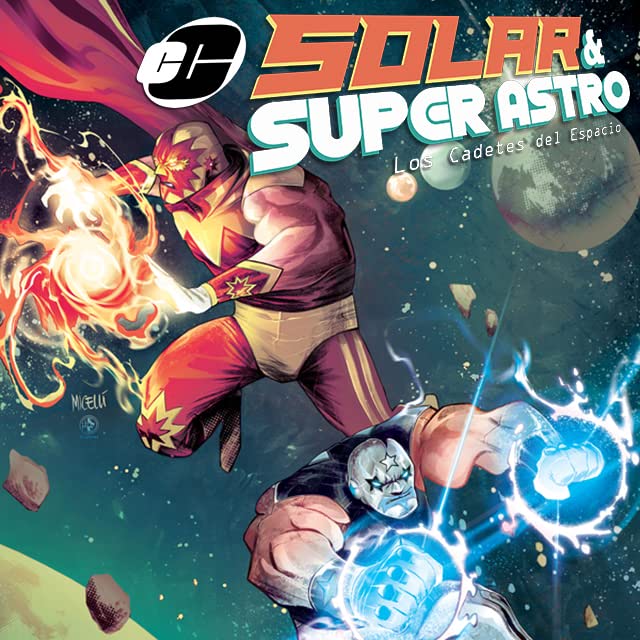 Masked Republic Luchaverse Solar & Super Astro #1
At the triumph of a centuries-old galactic war, all that was left of the warriors were Solar and Super Astro. They headed off into space to never to be heard from again…or so they thought. After a millennia of intergalactic travels, their ship crashed on Earth. Their powers had vanished, and they settled into their new mortal lives. Now, years later, a message from the deepest corner of the universe has interrupted their ordinary lives. A recent accident has released an immense destructive power back into the world, a power that they thought was lost forever. What epic adventure awaits them? Who’s attempting to contact them, and how can they save not just our planet, but the universe itself? 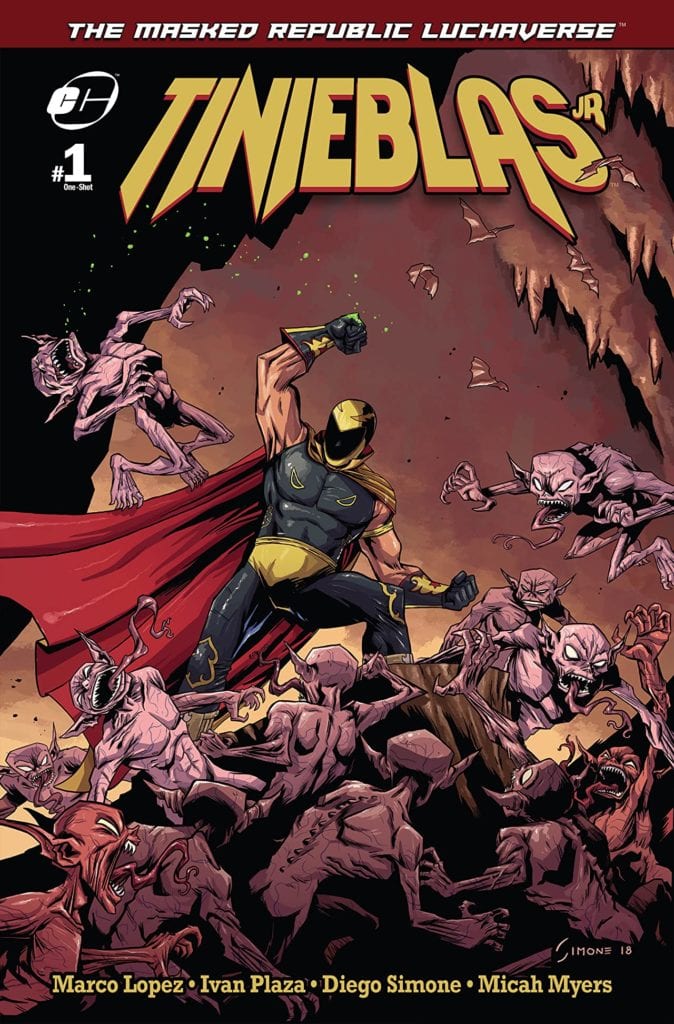 Masked Republic Luchaverse: Tinieblas Jr #1
Tinieblas Jr is the proud inheritor of a legacy that dates to the early 1970s when his father Tinieblas started his Lucha libre career. However, unknown to anyone but a small select few, Tinieblas Jr is also the protector of both human and monster realms. A monster hunter, taking on the legions of the damned and all manner of creatures that go bump in the night! Today, out of his secret lair with his assistant Ramona, they decide to help a close friend solve an age-old mystery. A mystery so old, it will change both the human and monster worlds forever! 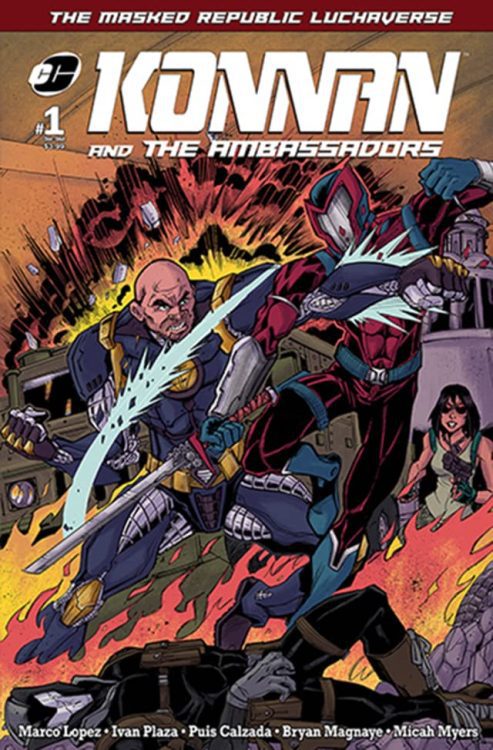 Masked Republic Luchaverse: Konnan and The Ambassadors #1
As the Ambassadors’ leader, Konnan has faced off against doomsday cults, alien invaders, rogue temporal thieves, and civilizations at the center of the earth. Now, the organization faces its greatest mission: getting to the bottom of a seemingly unstoppable series of worldwide catastrophes of unknown origin while Ambassadors’ bases are being destroyed one by one by a new global criminal faction calling themselves the Knights of Draconis! Will this ruthless and cunning organization on the rise put an end to the Ambassadors and all that they protect?