Tom Bilyeu, the founder Impact Theory, which has expanded into comic book publishing was at C2E2 this past weekend and talked with Monkeys Fighting Robots about recruiting talent and the company’s next series Hexagon.

Hexagon is a five-issue mini-series written by Michael Moreci, with art by Jheremy Raapack, and Jorge Corona worked on the cover. Dutch DJ and record producer Don Diablo collaborated on the project with Moreci. The first issue hits your local comic book store on March 18.

About Hexagon:
It’s the 1980s, and all twelve-year-old Don wants to do is play video games at the local arcade. Don’s father, however, refuses to let him play. Egged on by his friends and trying to impress a girl, Don sneaks out to join an all-night game-a-thon. Defying the odds (and on his first-quarter ever!), Don beats Crucible, a game long considered unbeatable. In an instant, his world is turned upside down when his victory triggers an alien invasion and sucks him into an intergalactic battle that has been raging for years, a battle his father was desperately trying to protect him from!

MFR: How did you find Michael Moreci for Hexagon?

Tom Bilyeu: I found Michael Moreci’s other comics like Wasted Space, and I just had to recruit him. I stalked him, begged, even borrowed favors just to get him on.

Tom Bilyeu: Mostly through networking. Having the right kind of portfolio helps a lot. But so does knowing the right people. Like when I want to have certain people for projects, I tell everyone about it. So whenever I’m doing something else a friend can tell me of a good time to speak with certain talents.

MFR: For Hexagon, was the team aware of the possibility of drawing parallels to 80s settings like in Stranger Things?

TB: Absolutely, drawing parallels is a good way to get a story out there for people to pay attention. If we can advertise this as “Stranger Things meets Star Wars” fans can be like “oh I like this” and jump onto the story.

MFR: Talk about the makeup of the creative team of Hexagon?

TB: Well like you said at first, everybody has a role to play. Don is obviously the heart and soul of this project. Michael, here is the writer. As for me, I barely do anything because I’m just the f***ing publisher. It is all just a matter of finding people to work with and finding how they create something good into something better.

MFR: Thank you for your time and best of luck with Hexagon!

Do you plan on picking up a copy of Hexagon #1? Comment below with your thoughts. 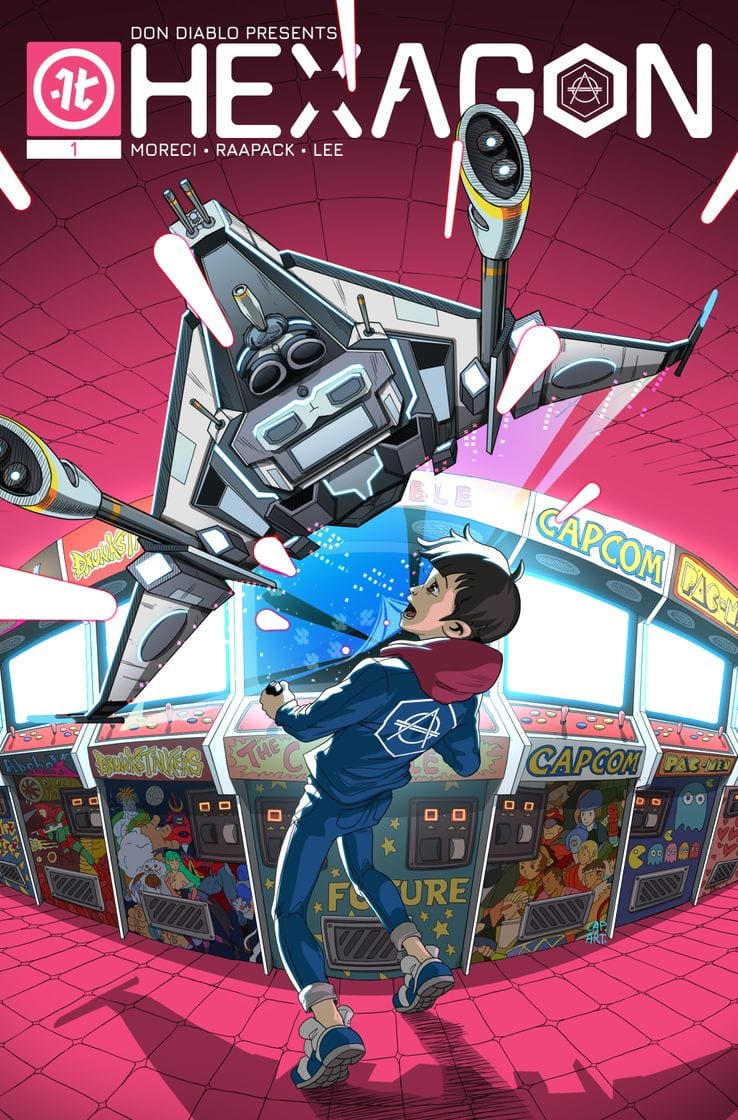