Von Freeze delivers a tale of a friendship lost to science.

One of the more interesting villains in Batman’s rogues’ gallery is Mr. Freeze. What started as a criminal with an ice gun turned into one of comics’ most sympathetic villains. With most of his crimes only to help fund his research in reviving his sick, frozen wife, how could anyone not feel bad for this man?

Well, during the critically acclaimed Batman: White Knight series, an alternate version of Victor Von Fries has received another piece to his background that raised many questions. It turns out, his father not only loved cryogenics like his son but also worked for the Nazis during World War II. With the sequel series in full swing, it was inevitable to get a tie into our favorite frozen villain. So what is the history of Von Fries? 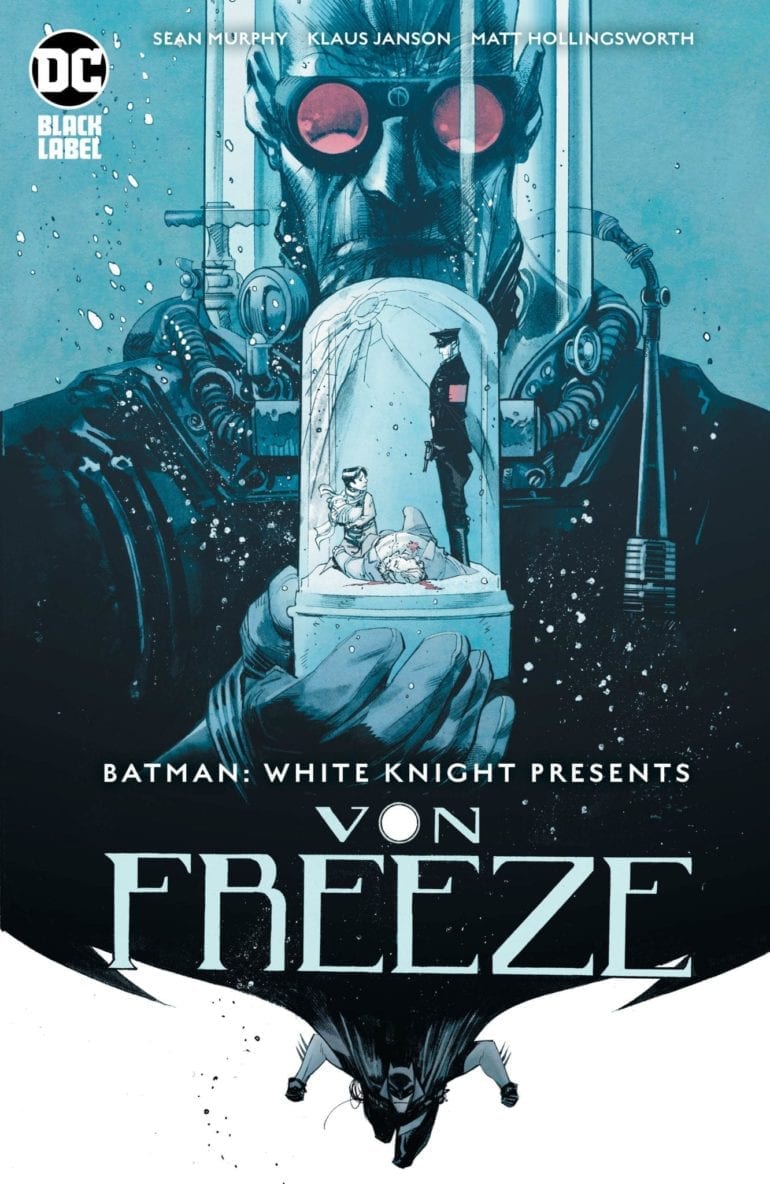 Using Victor telling the story to Thomas Wayne during the night, Bruce is born as a framing narrative; we learn the history of the Von Fries family by starting with Baron Von Fries. Much like his son, Von Fries was fascinated with the medical science of Cryogenics, which caught the attention of Jewish doctor Smithstein. The pair became good friends, opening a lab together to further their research. When the antisemitism started to rise after World War I, Von Fries stood by his partner.

Everything changed, however, when Hitler rose to power. While Smithstein and his family went into hiding, the Baron continued his research. With the threat of the lab shutting down, Von Fries begins designing the first Freeze Gun. 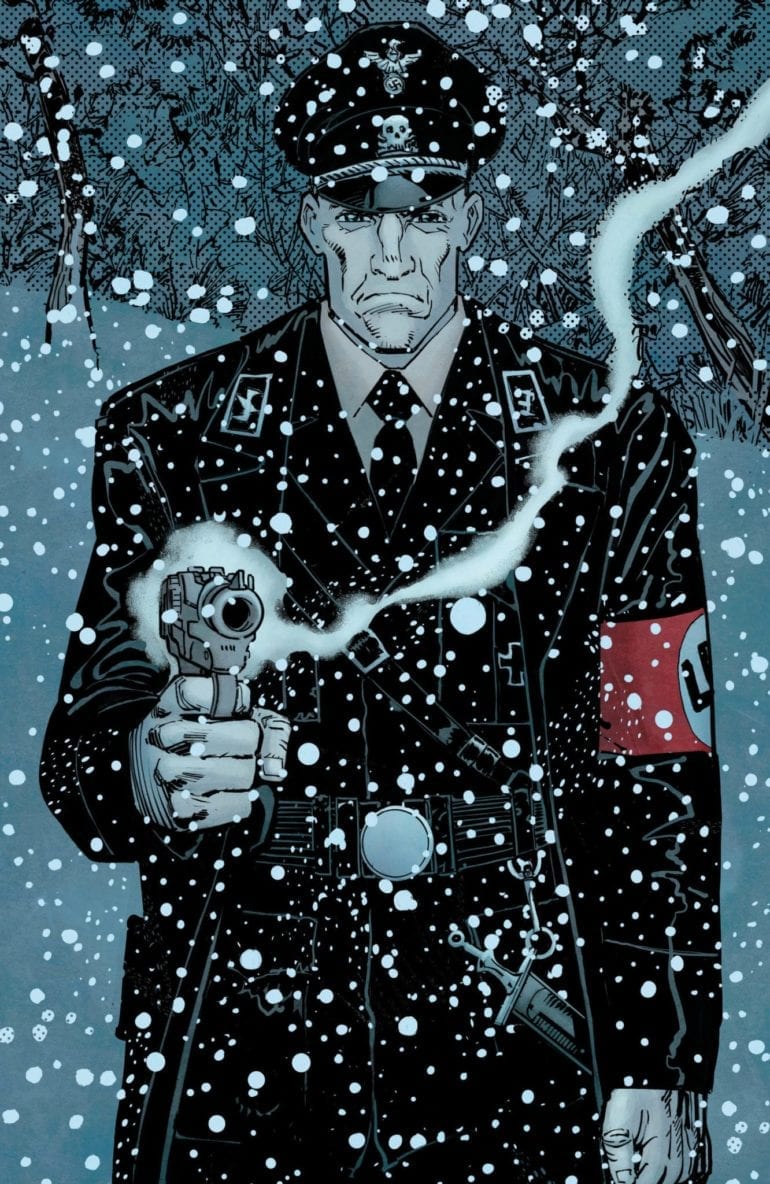 When I first heard of the book, I was expecting a Nazi Supervillain origin story. What I got instead was so much better. It’s a more grounded story similar to the Joker movie in the case of it being a character piece. We get a story of a friendship that lasted through the decades, only to have it torn apart by science. Baron Von Fries is one of those characters people will be split on. Some might see him as a redeemed hero throughout his arc in the one-shot, while others will call him a selfish villain.

There are a few small things that weaken the story just a bit. The first comes from the reveal of the Baron’s experiments after joining the Nazis. We know he’s seen as a bastard in the present, but even what he did for science is too much to make him redeemable for when he tries to help at the end. There is one other thing that makes a present-day relationship seem off, but neither of these hinders this fantastic story. 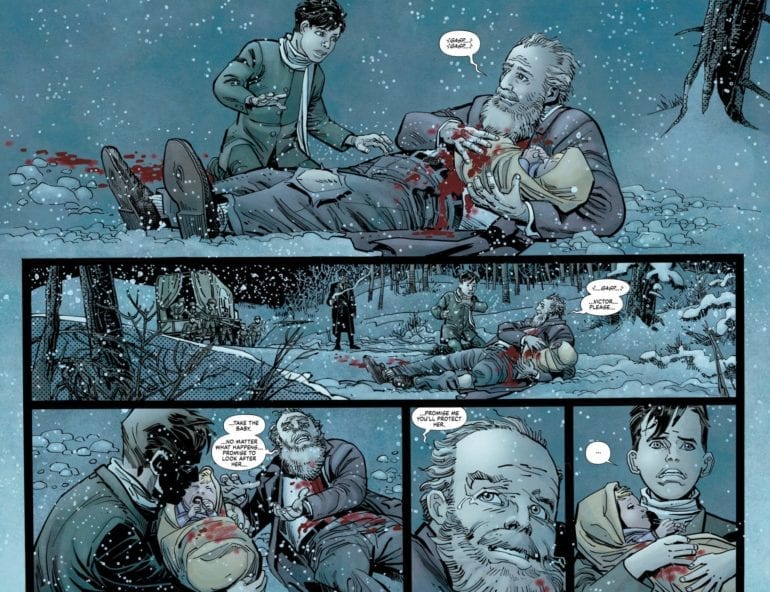 While Sean Murphy usually writes the story and does the art, the legendary Klaus Janson takes up the position of artists. While some might miss the style Murphy has brought to the universe, Janson nails the darker, grittier tone of this tale with his style. From the first page where we see Baron Von Fries holding a gun, you get a chill running down your spine. This is not meant to be a clean looking, pretty story, but a dark story that is intended to shake readers to their core. It’s a great look to an already great story. 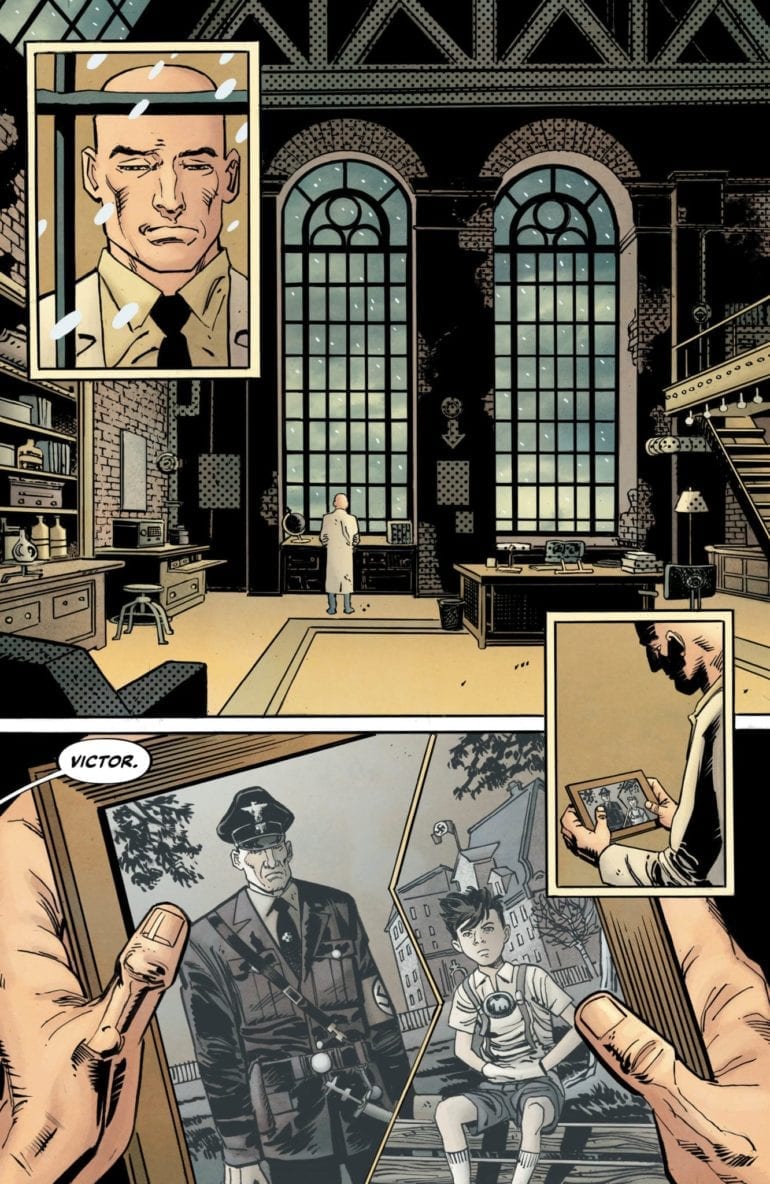 Von Freeze is one of the best Mr. Freeze stories in his entire publication history. It is a grounded tale of science and the broken relationships caused in its name. The art of Klaus Janson fits this world perfectly, giving us a gritty image of World War II. I recommend this to Mr.Freeze fans, Batman: White Knight fans, and anyone who is looking for a deeper comic to sink their teeth into.