In a surprise announcement, DC Comics and Dark Horse have revealed a new Black Hammer/Justice League crossover series by Jeff Lemire and Michael Walsh. We’ve seen other crossovers in recent years like Batman/TMNT and Harley & Ivy Meet Betty & Veronica; what makes this one different is that many of the main Black Hammer characters are avatars of Silver Age DC heroes.

All we know about the premise at this time is that a stranger arrives simultaneously in both Metropolis and on the Black Hammer Farm, leading to a warping of both worlds — oh, and Starro is somehow involved.

Lemire spoke to IGN about the project:

“The joy of Black Hammer, for me, and I presume many of its fans, is to read superhero comics that are character driven without endless tie-ins and events. So, I don’t want Black Hammer to become that. But this was an excellent opportunity to tell a really fun story and, hopefully, to bring Black Hammer to a bunch of new readers. I have too many stories of my own that I still want to tell.”

He also addressed how this would affect both BH and Justice League:

“Obviously, I want [Black Hammer] to continue to grow and evolve autonomously. But that doesn’t mean that this is just a throwaway ‘imaginary story’ either. It will have an emotional impact on both sets of characters, and there is one other aspect that will have a more lasting effect, but I can’t spoil that here.” 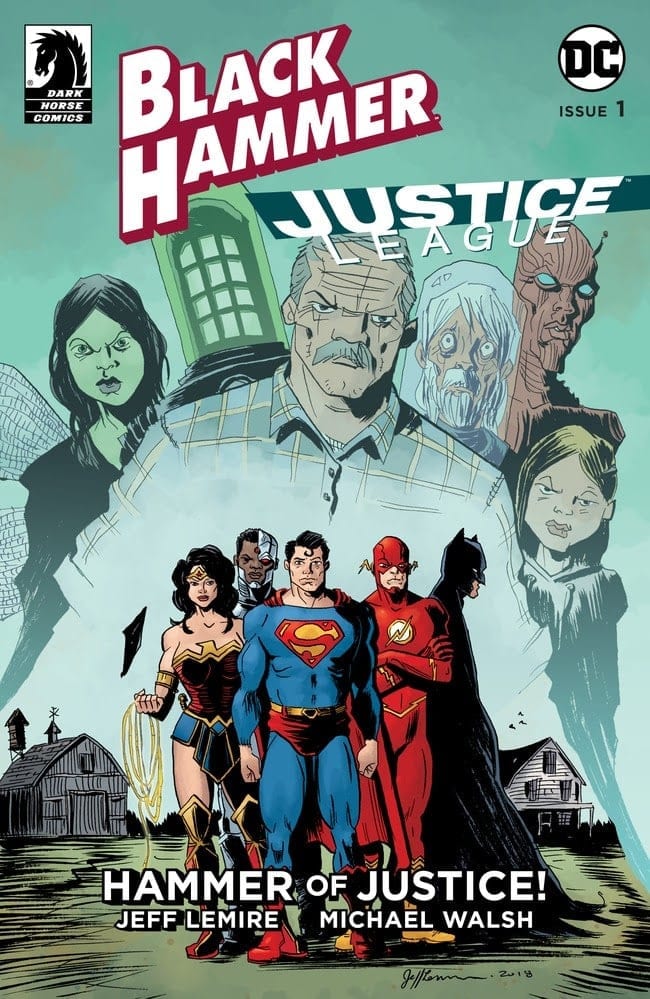 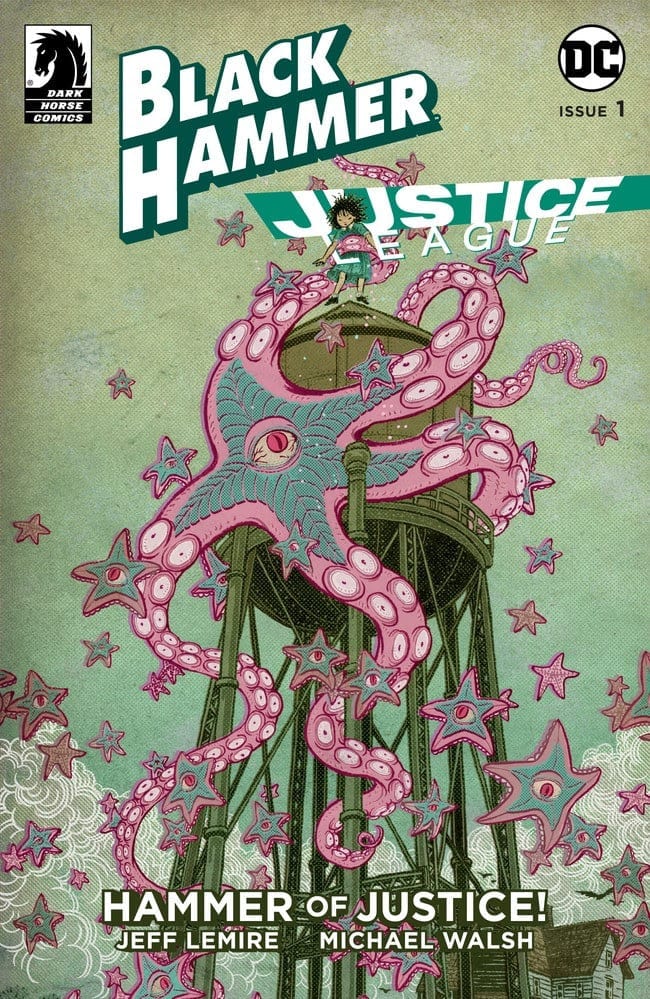 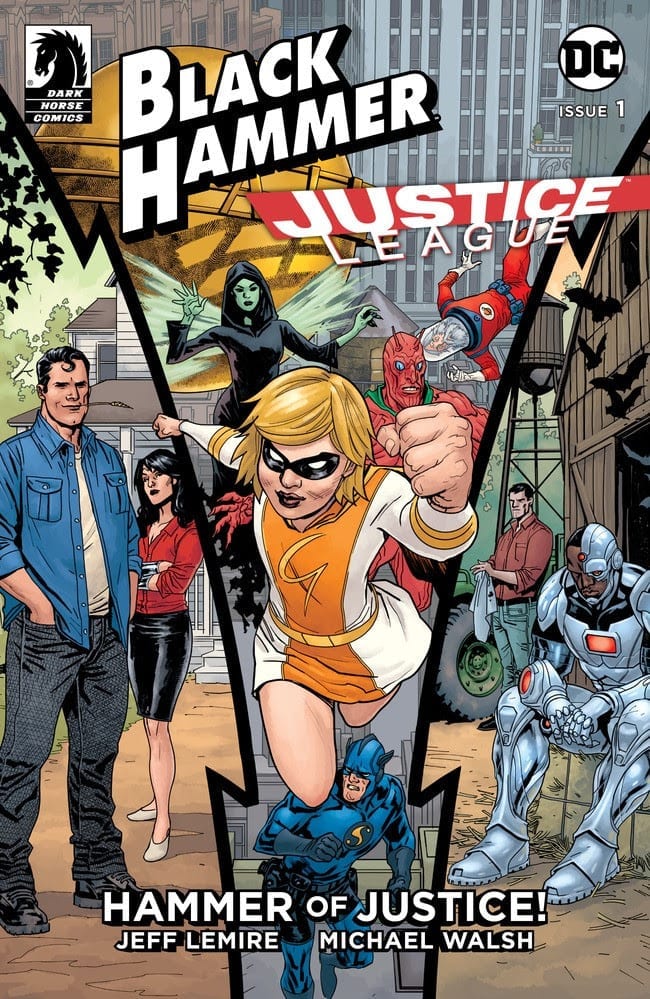 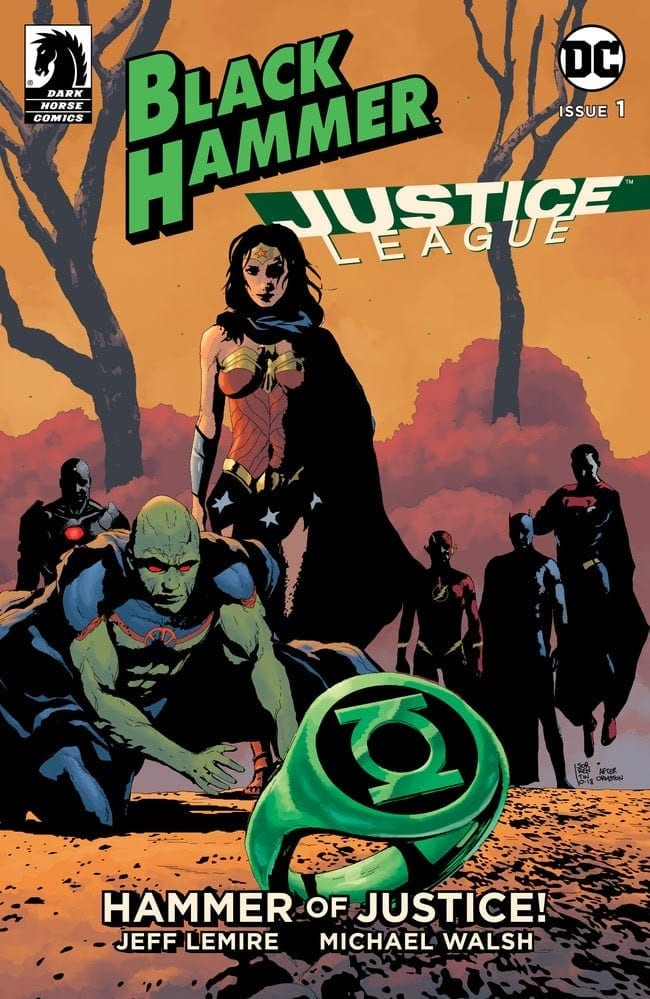 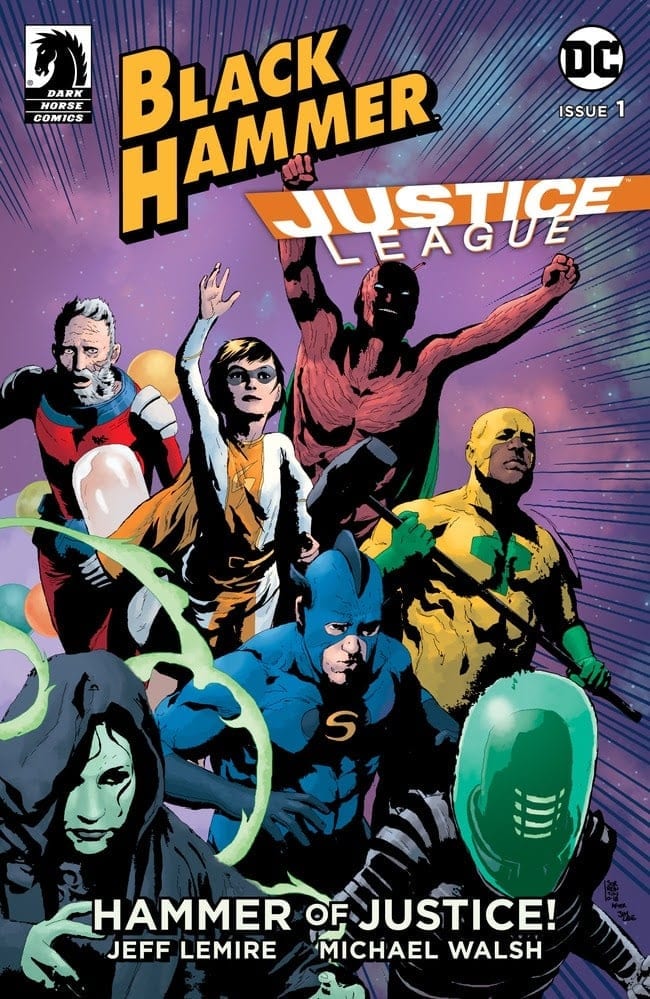 The full press release is below:

“Black Hammer/Justice League: Hammer of Justice is a project that I still can’t believe is actually real, even though I’ve written the whole series already,” explained Black Hammer co-creator Jeff Lemire. “Everyone who knows me and knows Black Hammer is aware of my love of the DC Universe. Getting this great opportunity to work with an artist like Michael Walsh to bring the Black Hammer and DC universes together for a special story was just too much fun. I’m incredibly excited about the story and think fans of both universes will enjoy reading it as much as Michael and I enjoyed creating it.”

In Black Hammer/Justice League: Hammer of Justice, a strange man arrives simultaneously on the Black Hammer Farm and in Metropolis. Both worlds are warped as Starro attacks! Batman, Green Lantern, The Flash, Wonder Woman, Superman, and more crossover with Golden Gail, Colonel Weird, and the rest of the Black Hammer gang!

The first issue of Black Hammer/Justice League: Hammer of Justice (of five) goes on sale July 10, 2019, and is available for pre-order at your local comic shop.”

Have you been keeping up with both of these series? Are you excited to see them cross over? Leave us a comment!