Do you love it when terrible people are relieved from the burden of having his or her head attached? When evildoers lose limbs for what he or she has done? I sure do, and you should too! 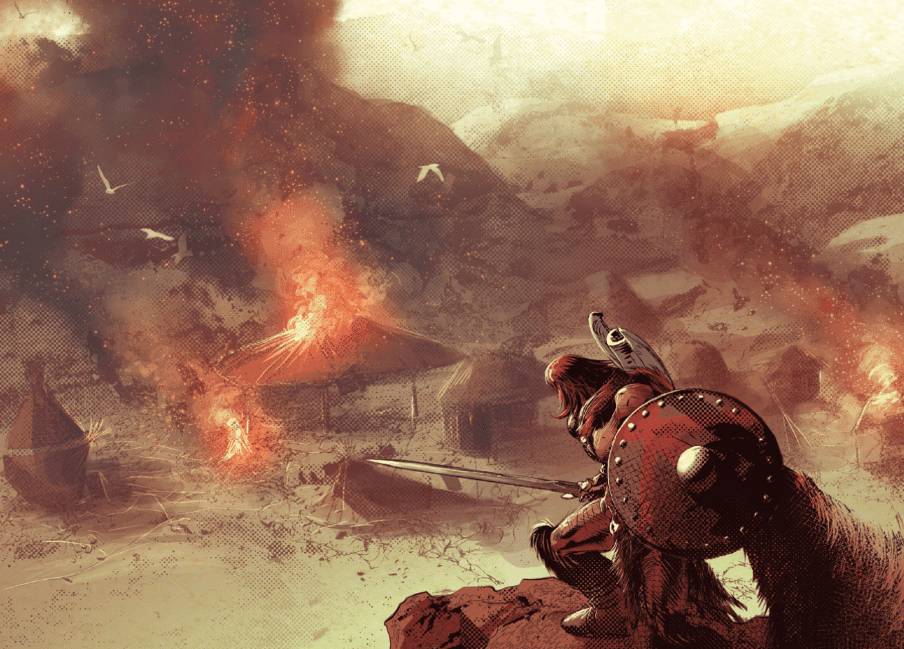 Deodato and Martin establish the homeland of our lead character right off the bat. Harsh suns, desert sands, and some smaller mountains in the distance, reminiscent of the old Looney Tunes Road Runner episodes when you see the dust being kicked up from miles away. The Mongrel King struts into view with some of the fiercest uggs you’ll ever see. He dons very intimidating clothing, but just what you would expect from a barbarian, skulls, chains, more skulls, animal fur, some large slicing and chopping utensils, and a shield.

The intensity of the sun could be a character itself. Martin has given every scene a blistering red tint like the entire sky is on fire. Unfortunately for the Mongrel King, his village is actually on fire. In barbaric fashion, he finds his wife and daughter murdered on the floor of his home, and the rage fuels his guilt and lust for blood. Steve Wands is a perfect fit for this story carrying plenty of experience with this creative team. His lettering feels like old scrolls we would be grabbing off the foot of a raven, helping to immerse the reader into this universe of blood.

While fantastically done, Lemire’s writing takes a backseat to Deodato’s artwork in this issue. Breathtaking full-page spreads are broken up into panels for seemingly no reason at all except to remind us that we are reading a comic and not standing in an art gallery. After the Mongrel King learns the fate of his beloved and his daughter, Deodato stretches his feet and gives us some of the most brutal battle scenes in recent memory. Blood spattering everywhere, arms, legs, hands, heads, arrows, fists, punches, all are flying through the air towards an unfortunate recipient. 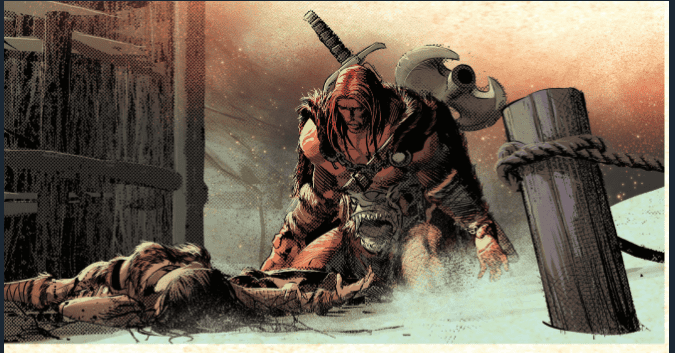 Lemire gives us an excellent rendition of a barbarian epic that might seem overdone, but you would be wrong. While the likes of Conan are arrogant and fearless, the Berserker is not. He has doubts, fears, and has lost his family as well as his will to live. A mysterious entity known as the Mist is foreshadowed by a menacing figure holding one of the coolest weapons I’ve ever seen. The character designs are nothing to be dismissed here either. Heavily reliant on furs and skulls, these characters wield the unyielding. These swords and axes would crush you even if you managed to block the blow. 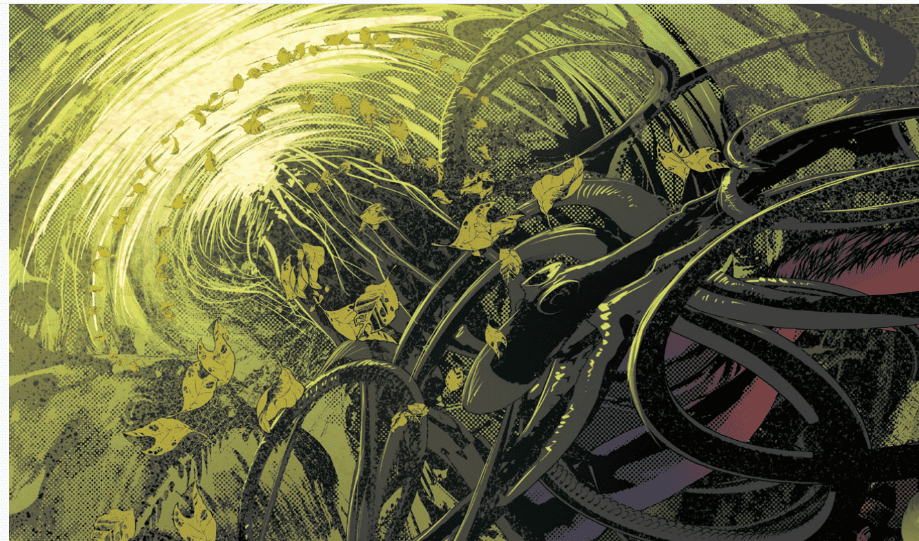 When the Mongrel King falls victim to sorcery, he is sucked into some kind of inter-dimensional terminal. The Berserker is presented with eight bright neon symbols which he believes to be different pits of hell, and he chooses the enter the pink one. This is the type of thing that might be ignored by your average reader, but in my experience, the seven other symbols that the Mongrel King did not enter could mean possibilities for seven more stories to emerge from this one.

The creative team of Lemire and Deodato does it again. If we’ve learned anything from past Lemire stories, there promises to be more sadness, loss, and despair ahead. Whether you’re a fan of fantasy, epic battles, mystery, suspense or just what promises to be a great story, strap in because it’s going to be one hell of a bloody ride, partner. 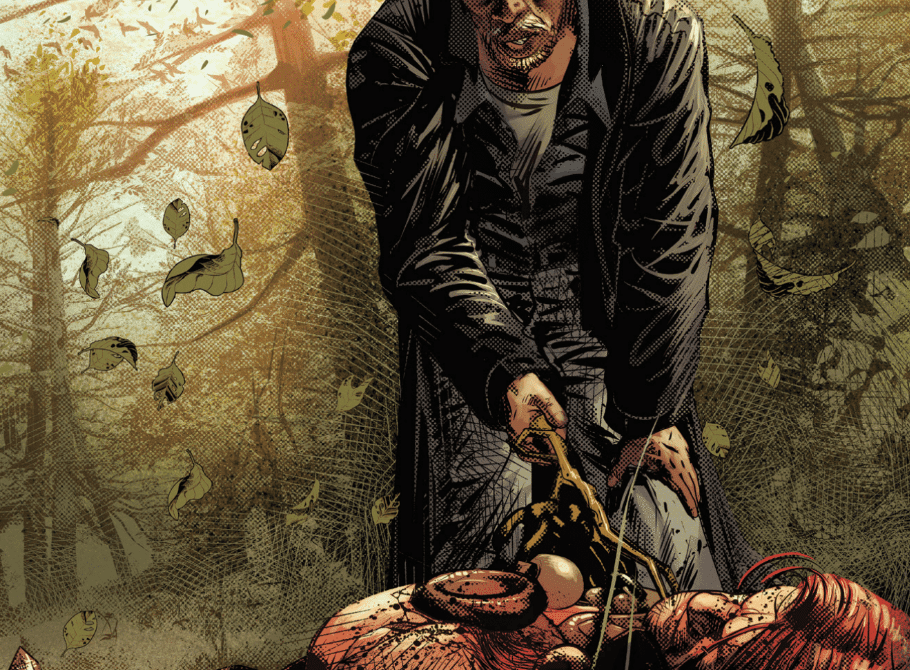 Were there enough severed body parts for you? Let us know what you thought in the comments!

Berserker Unbound is exactly what it looks like, but still fresh, original, and intriguing. Lemire introduces a barbaric mystery tale and Deodato makes it feel like you're living in it.Review: BERSERKER UNBOUND #1 - Bloody Heads Will Roll (And Arms And Legs...)